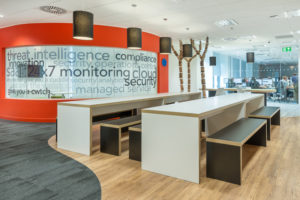 The 370-square-metre Outpost Basel lounge – a cubic enclosure paired with an open seating area – is hosted at the Messe Basel exhibition centre in the Swiss city. The pavilion’s design features an eclectic mix of materials and styles from Japan, Austria and the US. “We each carry many influences with us, and with Outpost I wanted to explore this idea and bring different elements together in Basel,” said firm co-founder Tom Kundig, who led the project’s design. “Both my parents are Swiss, although I am American, so this was a starting point for me. In Seattle there is a connection with the aesthetics of Japan, so I have incorporated ancient techniques and contemporary design into the Pacific Northwest design approach.” The exterior is made of charred wooden bricks, giving the six-metre-tall pavilion a dark appearance. The bricks were made by Holzindustrie Schweighofer, an Austrian company founded more than 400 years ago. “The wooden bricks that form the cube structure of Outpost Basel were finished using the ancient Japanese Shou Sugi Ban technique, a wood-burning method which gives the wood a rich black hue,” said the firm. Wooden formworks typically used to shape concrete are stacked up to form another wall layer behind the blackened leaf, visible through gaps dotted around the outside and revealed entirely once inside. This year marks the 10th anniversary for the Design Miami fair at Art Basel. To pay tribute, the firm incorporated a series of X-shaped elements – a reference to the roman numeral for 10. Criss-crossing wood panels and steel were used to create a large “X” sculpture outside the pavilion. Wood panels also form a repeating X-shaped pattern on interior walls. Seattle-based artist Glymmer created an interactive installation for the pavilion in which lights change colour based on the movement of visitors. In addition to providing a place to relax and eat for fair visitors, the pavilion is hosting a series of talks. This is the second pavilion Olson Kundig has created for Design Miami. Last December, the firm used recycled timber beams to build a VIP lounge for the fair’s Miami Beach edition. 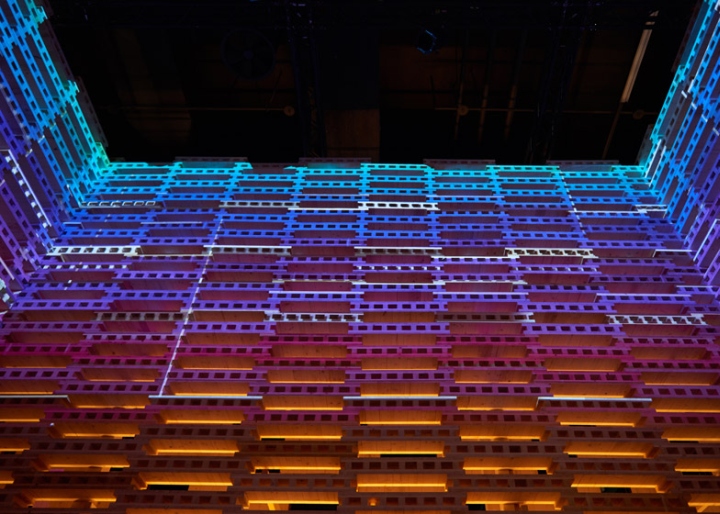 Neolith Food and Roll by Command