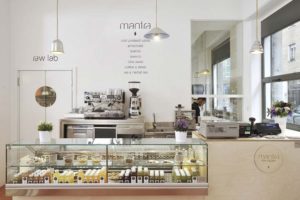 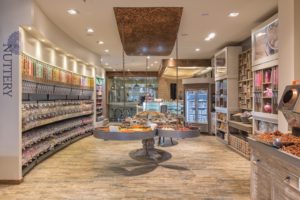 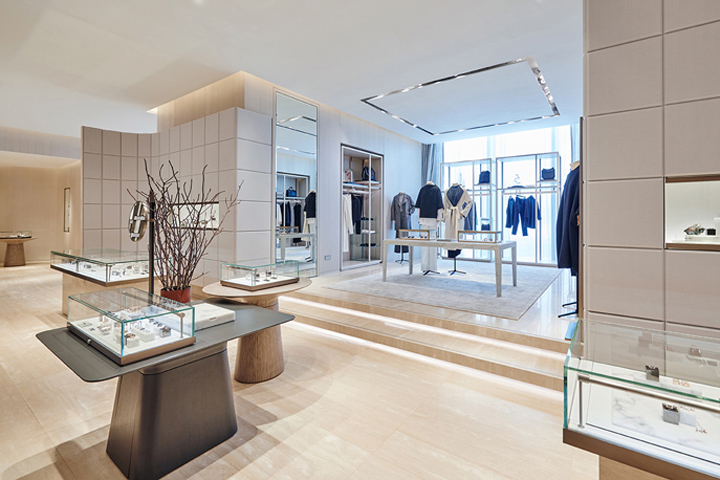 As china’s luxury market is coming of age, gradually crawling towards similar discerning standards and perceptions upheld in more sophisticated regions elsewhere on the planet, Lane Crawford has made a bold move at its homebase Hong Kong. Although restrictions have considerably limited the number of mainland Chinese power shoppers, the former British crown colony very much remains a leading and thus inspiring luxury showcase for this vast region. The luxury retailer has always had premium exposure here with four lavishly appointed stores, but very recently upped the ante with a drastic renewal of its branch at IFC Mall, a leading hub of all things luxe in the city. The prestigious project was awarded to Yabu Pushelberg, an acclaimed practice with a string of high-profile retail and hospitality venues under its belt. Measuring 6,000 sq.ft. [557 sqm.], this massive retail space was restructured into four rooms, each with a different yet versatile design and feel to be able to showcase a rotation of curated women’s fashion and jewellery pieces by today’s top designers. Neutral tones dominate the sleek interior, captured by bespoke finishes and materials such as leather, oak and copper. The renewed Lane Crawford store launches with two rooms curated by Mary-Kate and Ashley Olsen, designers of The Row. Presented amidst an understated setting with cherry-picked furnishings are pieces from their A/W 2015 collection, in addition to select artworks, shoes and jewellery. Another room is dedicated to Paris-based designer Azzedine Alaïa, featuring beautifully crafted leathers, one-off pieces, and last but not least, his very first fragrance. For those in search of festive statement frocks – and yes, that includes bridal gowns – a special section beckons, filled with one-off designs by the likes of Lanvin, Alexander McQueen, Victoria Beckham and Valentino. For the first time, Lane Crawford offers made-to-order services from a select number of talented emerging designers. The jewellery salon is all about exceptional show pieces, ranging from classic to whimsically modern. Interestingly, the store hosts events with the designers themselves throughout the year. Last but not least, there’s the so-called platinum suite. It’s in fact a series of living rooms which provide an elegant backdrop for personal styling, meet and greets with designers or just to sip bubbly. And that’s not all, folks. Launching coming august is an expanded space dedicated to must-have shoes, bags and accessories by over 300 international designer and contemporary brands. And to boost the exclusive shopping experience just a tad more, Lane Crawford commissioned fashion darlings Carnet de Voyage to create a special soundtrack. 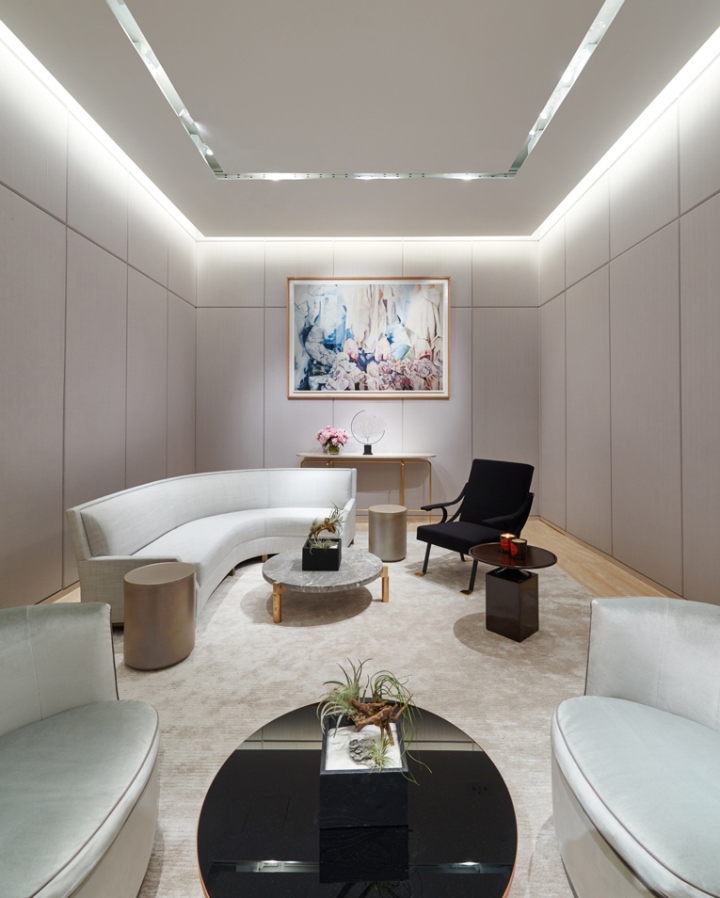 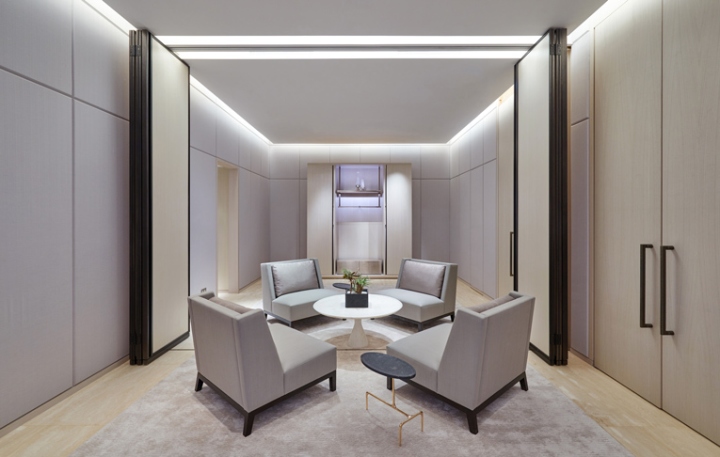 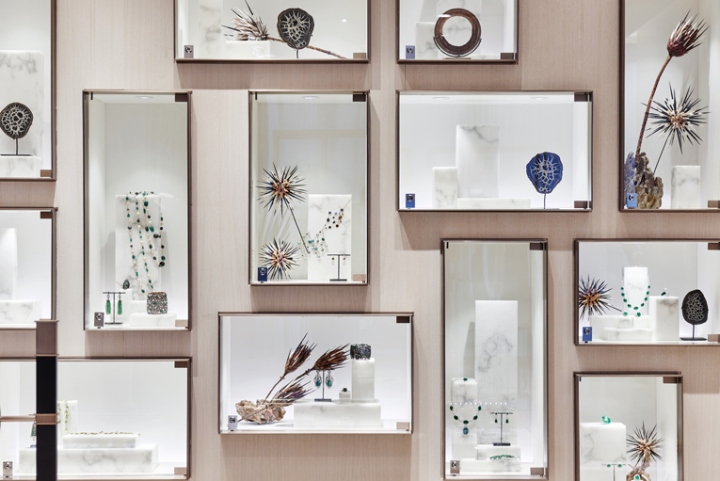 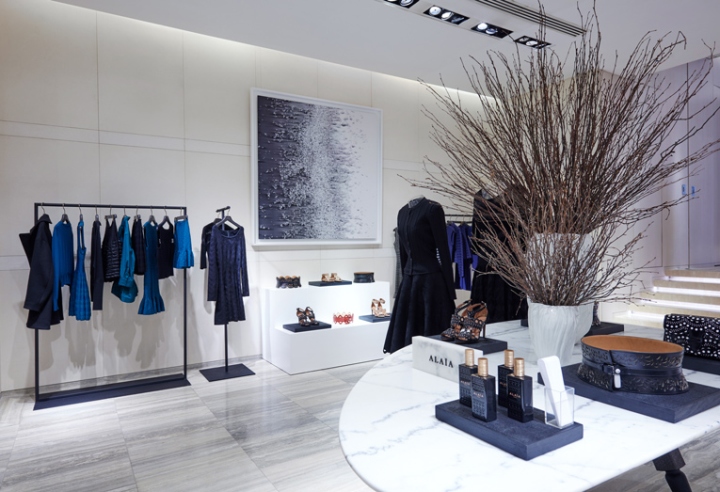 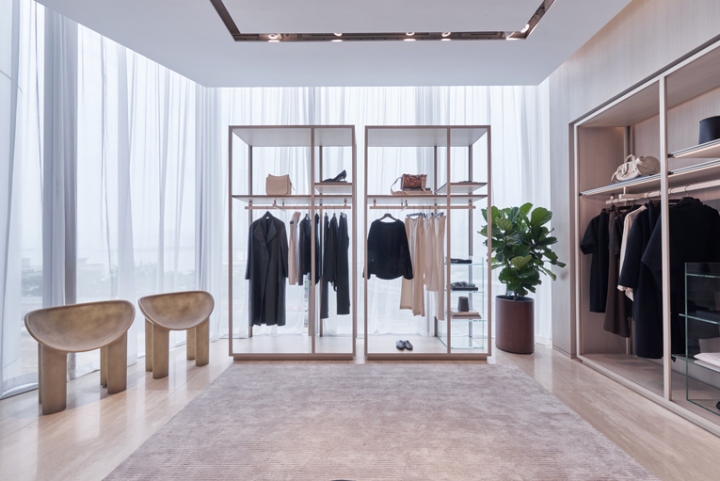 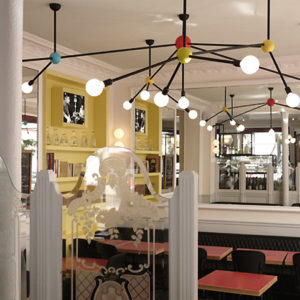 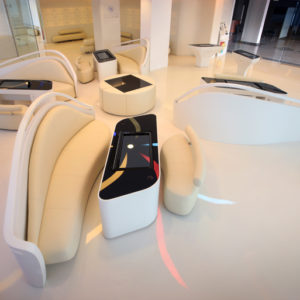 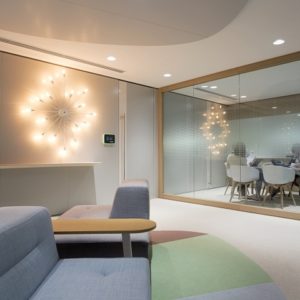 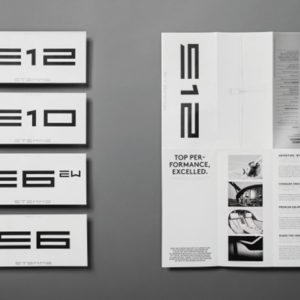