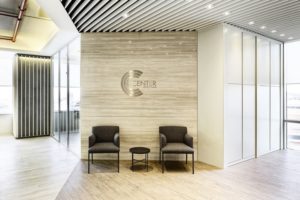 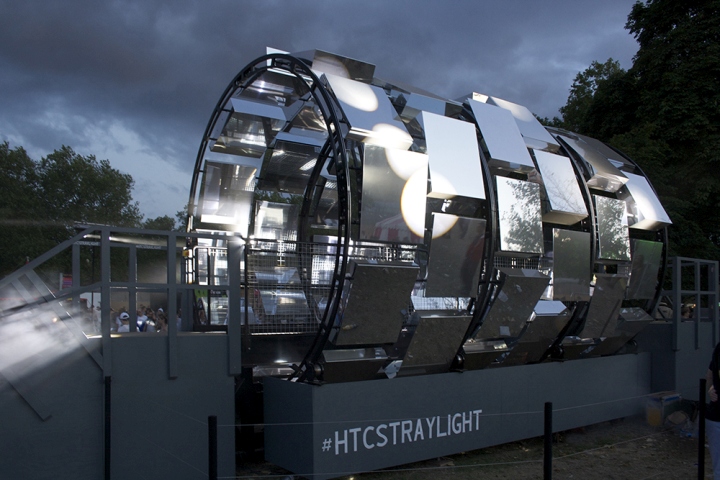 The installation comprises 72 mirrored boxes, forming 432 surfaces, creating a tunnel of rotating mirrors. The visitors are invited to walk through the tunnel and experience it’s dizzying effects of the multiple self reflections combined with those of the surroundings. This creates an ambiguous constantly moving environment. Visitors in the mirror tunnel are given a HTC phone with which to interact. The phone runs a custom control app developed by The Workers. The orientation of the phone in the visitors hands controls the direction and speed of the tunnel’s rotation, allowing the visitors to control the installation themselves. The on screen graphic of the app uses the phone’s camera and continues to play on the idea of the rotating mirrors concept which indicate how face the tunnel is spinning. As evening approaches the mirror tunnel is illuminated with carefully positioned lights, sending beams of light refracting around and off the mirrors creating a light show for the whole surrounding area. The installation has been designed to tour and will next feature at Wilderness Festival in August. 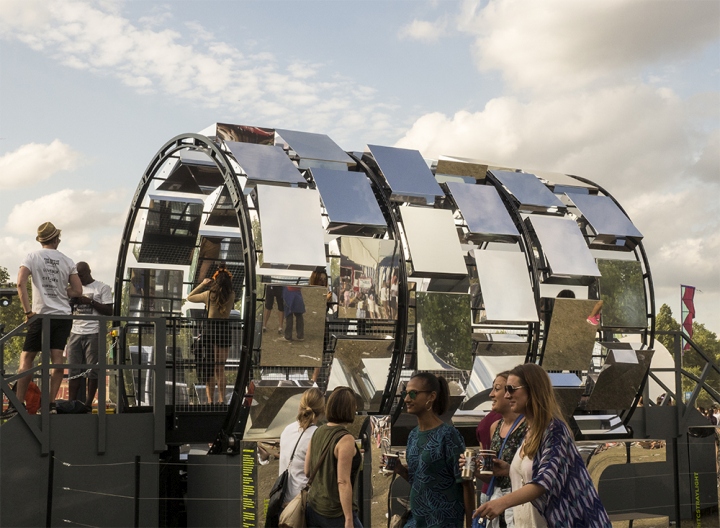 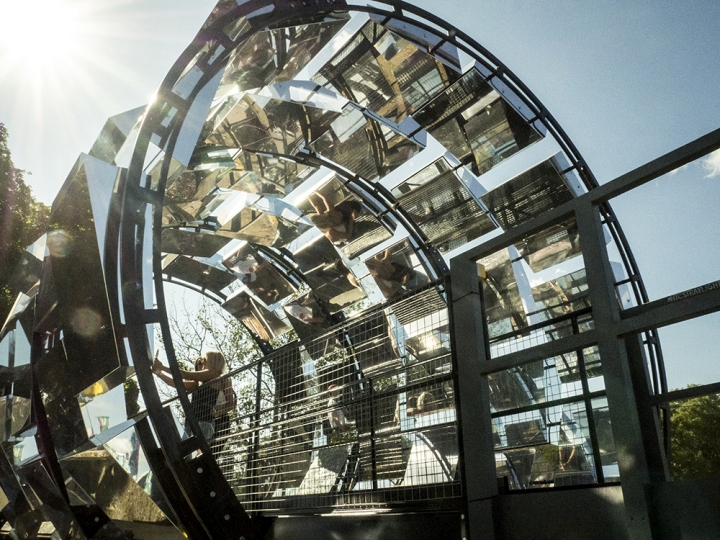 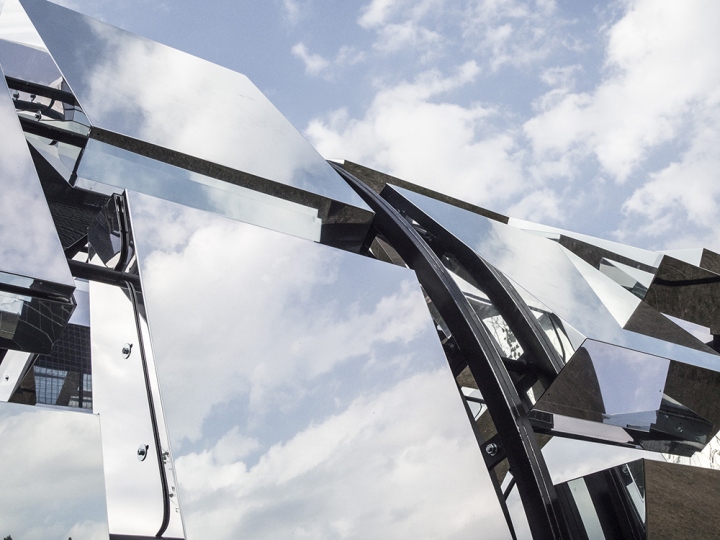 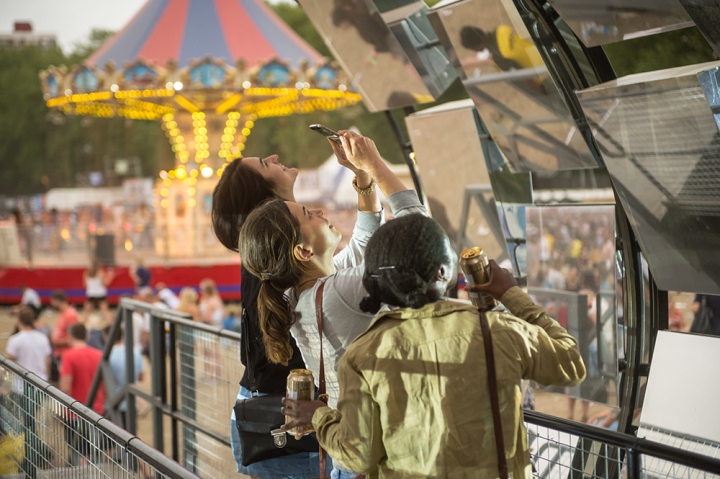 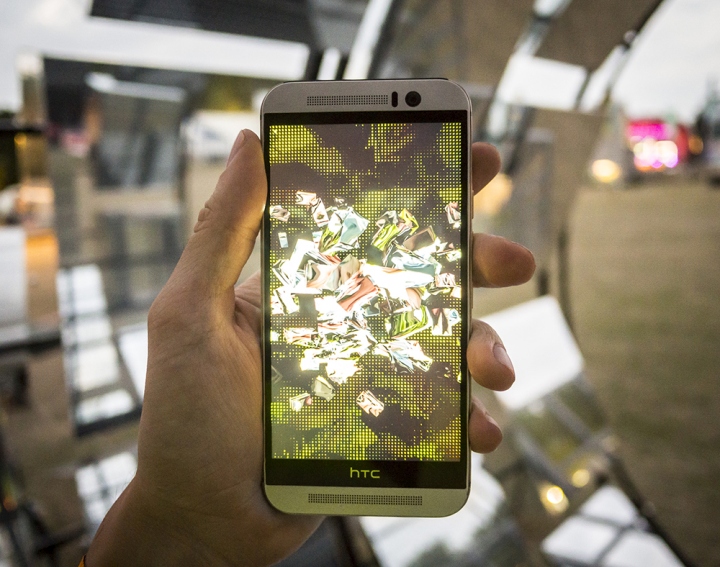 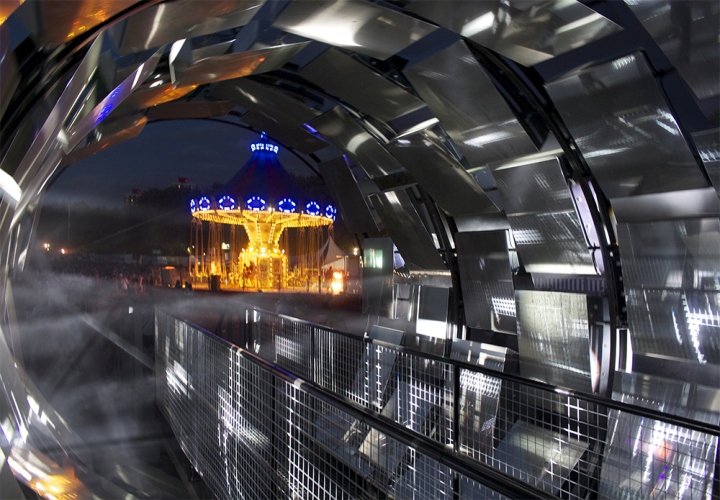 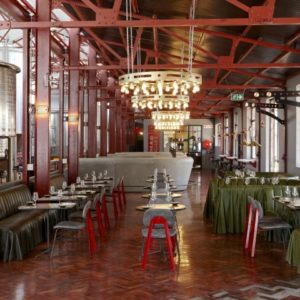 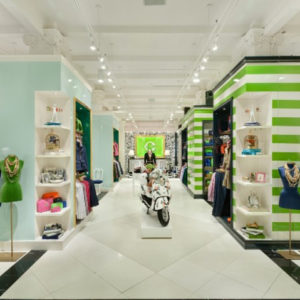 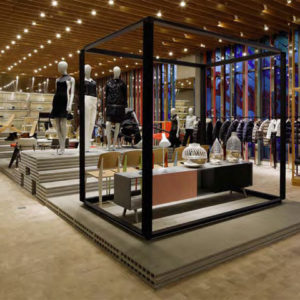 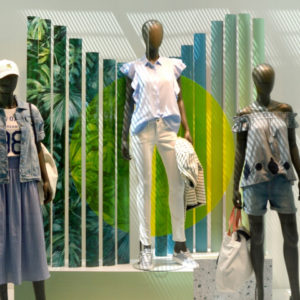