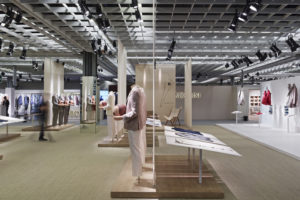 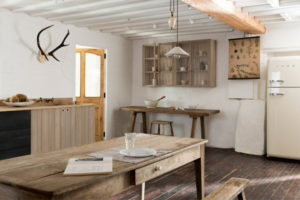 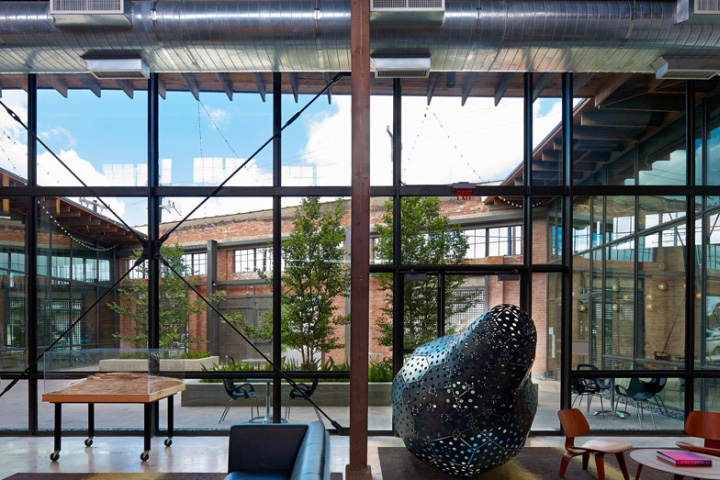 Architecture studio Overland Partners has transformed an old warehouse to create itself a new studio and office building in the heart of the arts district of San Antonio, Texas. Working for a local developer, the architects renovated the former Hughes Plumbing Warehouse building to create a bigger office for the firm, alongside rentable space for other tenants. Instead of maximising the leasable square footage, they chose quality over quantity and subtracted 1,200 square feet (111 square metres) from the building in order to carve out an entry courtyard. “We convinced the developer that the courtyard would be an amenity that would increase the value of the building overall,” said Ana Calhoun, client development manager at Overland Partners. “It’s been very successful and very active right from the beginning.” The courtyard creates a new, active gathering space both for the architects and for the building’s other tenants – a cafe and a wholesale jeweller. A new steel and glass curtain wall allows natural light from the courtyard deep into the studio spaces. New steel and glass-punched windows are clearly differentiated from the old industrial windows. The architects retained the warehouse’s brick facade. Custom-perforated metal screens transform the former loading docks into a new entryway for the courtyard. The dot-pattern is taken from a Jackson Pollock painting from the nearby San Antonio Museum of Art – the anchor of the city’s arts district. The industrial character of the building is preserved inside. Pine timbers and joists, and brick exterior walls were left exposed. Skylights puncture the 18-foot-high (5.5 metre) ceilings, providing even more natural light and airiness to the space. “It’s a good balance between preserving the gritty industrial integrity of the building, but also making it clean and sophisticated,” Calhoun said. “All the new insertions are steel and glass so there’s a clear distinction between old and new.” Existing furniture was re-milled and timbers were salvaged for stair treads, while concrete was saw cut to create pavers for a new terrace off an alley. Roof-mounted photovoltaic panels provide 50 per cent of the building’s energy needs. Accroding to Overland, the new studio reflects the values of the firm. “We moved here because we wanted to create a more open and collaborative work culture,” Calhoun said. “When clients come in, I think it shows them that that’s how we like to work with them as well.” 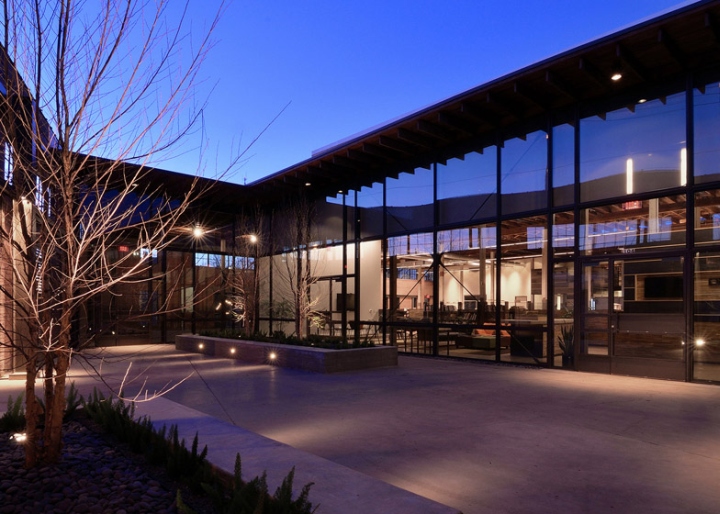 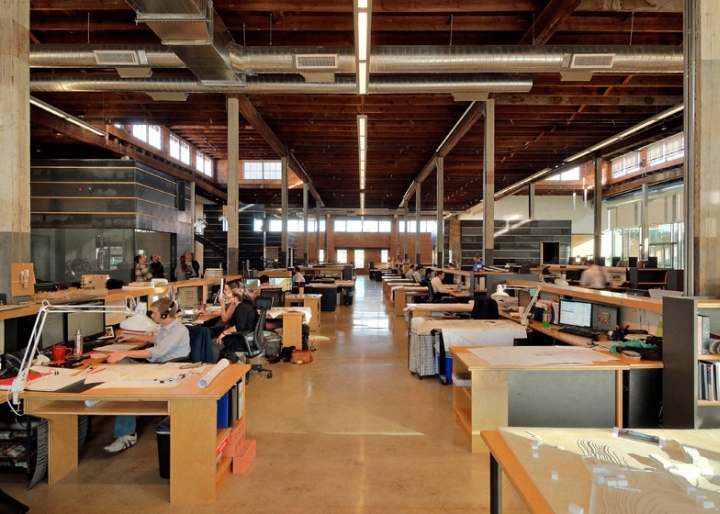 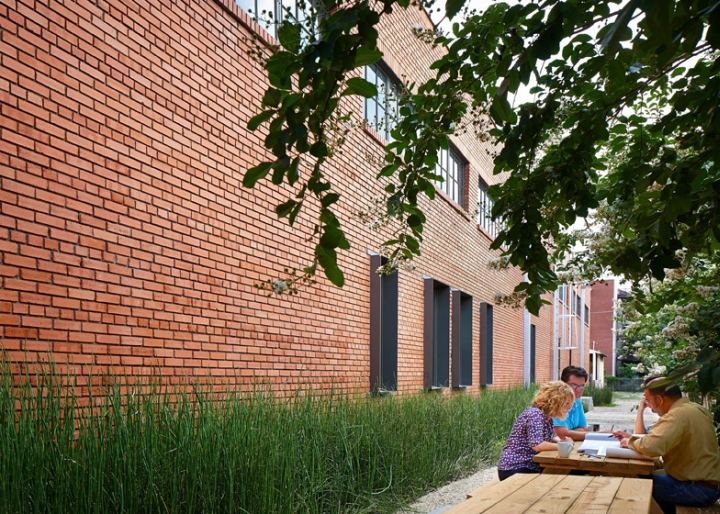 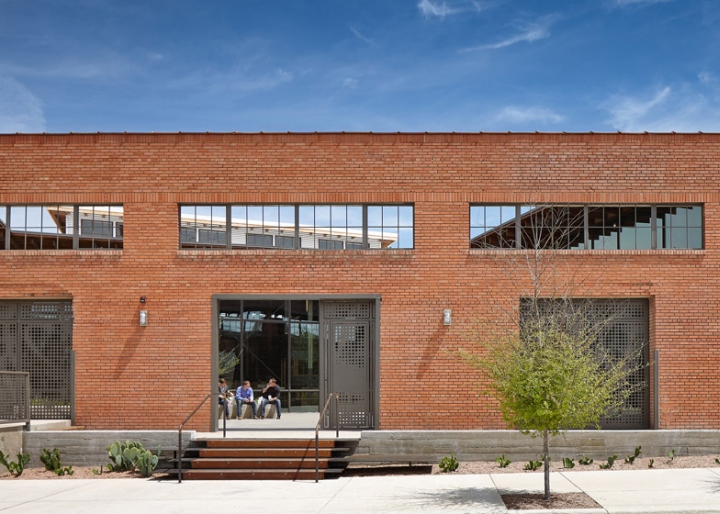 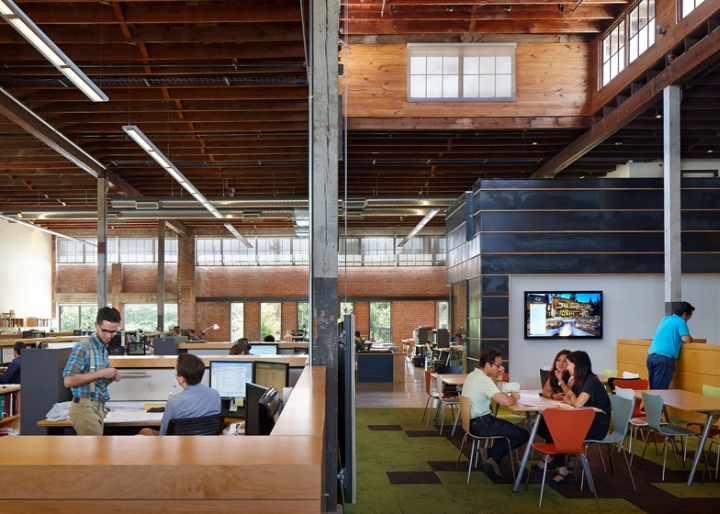 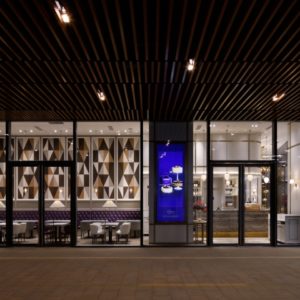 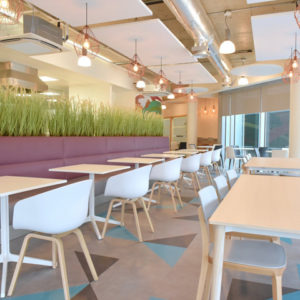 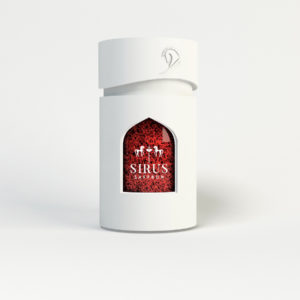 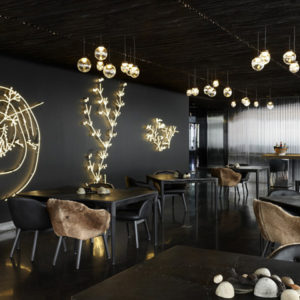