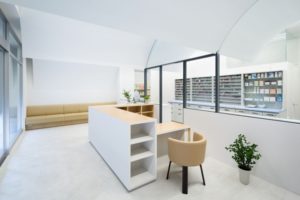 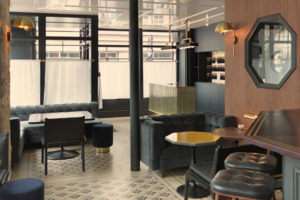 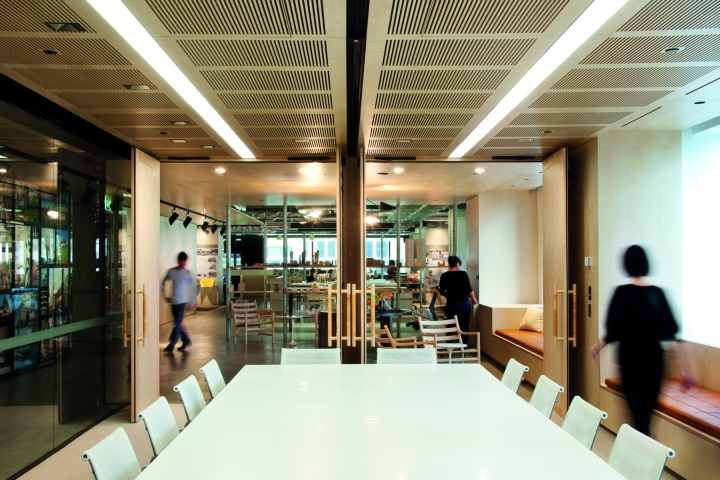 BVN has developed an office design for their Sydney-based architecture practice. The BVN Sydney studio is a simple reworking of a typical 1970s commercial office-floor. It is a daring move to create an interior working space using only the bones of a high-rise concrete building. Increasingly it is accepted that spaces conducive to productive activity are open and transparent with plenty of formal and informal meeting spaces, and shared facilities. However these are simply parts of a whole, it is how they are put together that determines the ultimate feel of the space and whether it makes people want to engage in useful activity. When designing its own studio space in the Sydney Hilton Hotel complex, BVN had the added constraints imposed by a 70s floor plate containing a forest of supporting columns. By removing the cladding from the columns, their size was significantly reduced and the decision to leave the columns as built, even with builders’ pencilled notes, provides an authentic level of ‘found’ detail. The ceiling grid and tiles were removed to reveal all the services and new cable trays were inserted to carry computer and lighting cables, a bit like a large race-track, around the whole ceiling. Lighting is deliberately subdued with each work station having its own task lamp – this creates a softly dappled lighting effect throughout the studio. An elevated timber floor steps up from the concrete floor to form a ‘verandah’ along the Pitt Street edge, that includes a kitchen area, window benches, drop down screen and projector, television, free standing meeting tables and chairs, sofas and a foosball table. 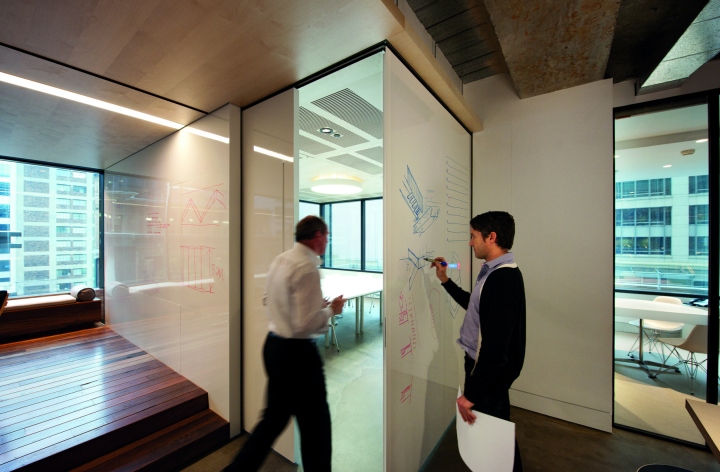 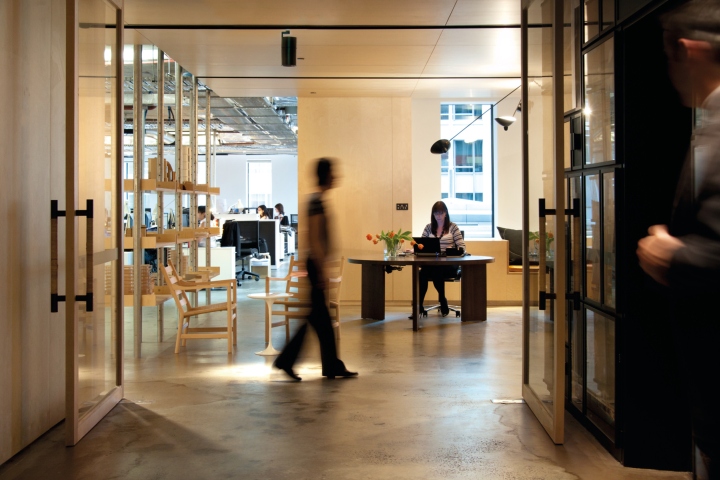 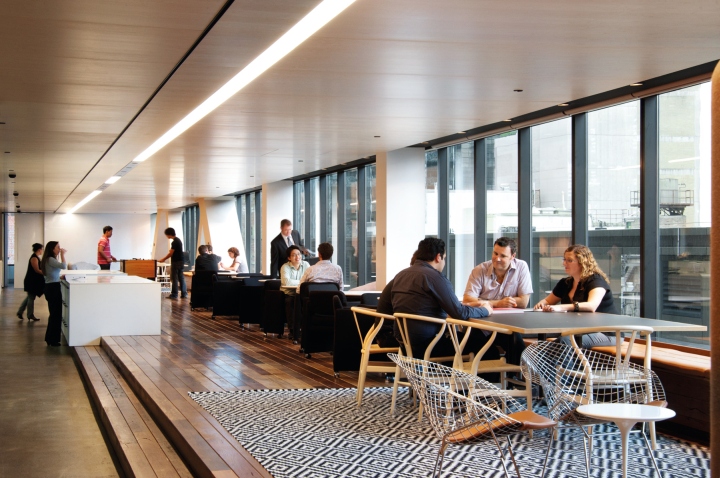 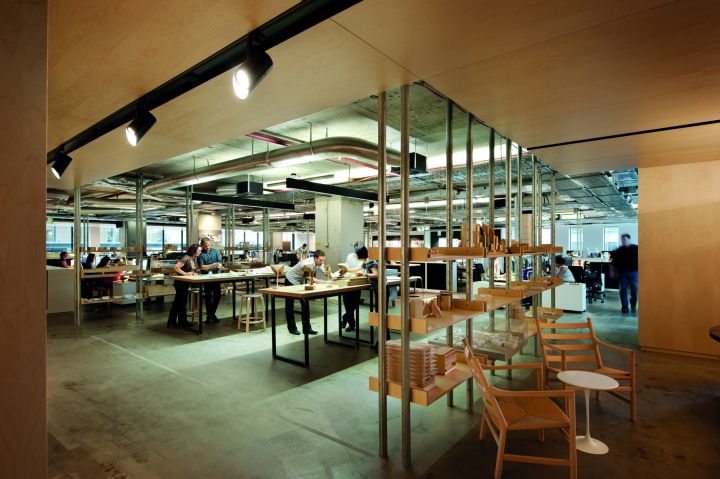 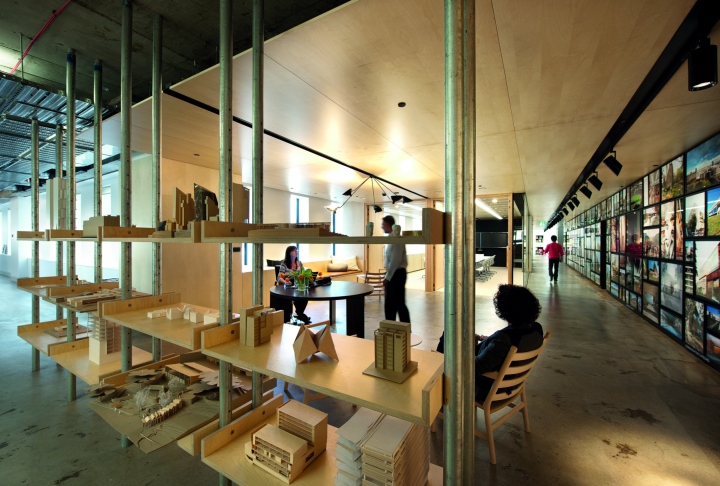 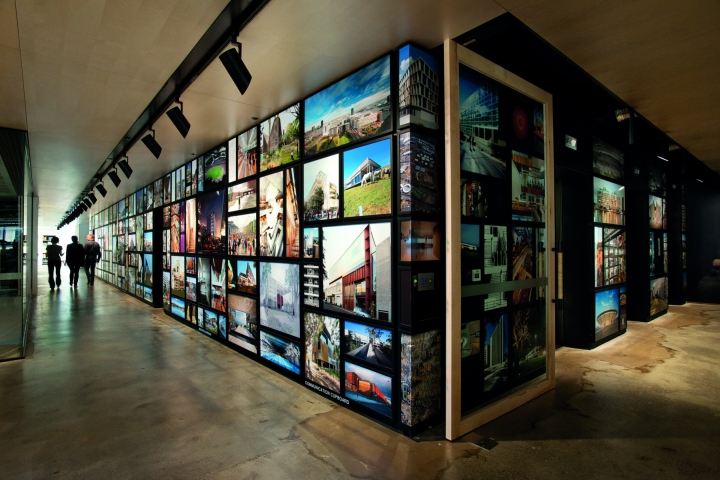 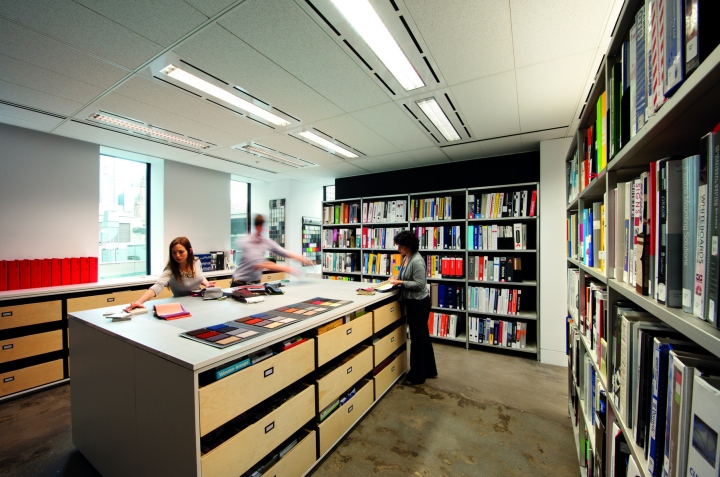 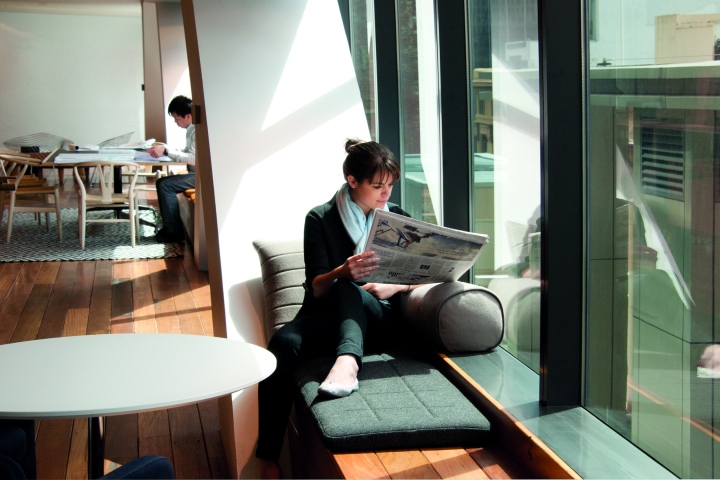 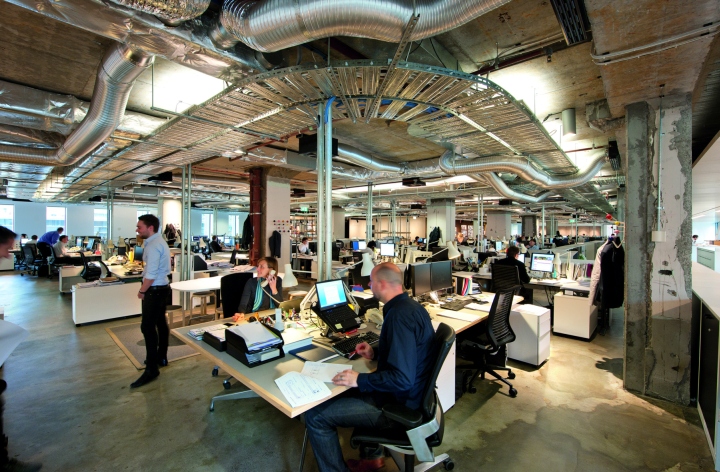 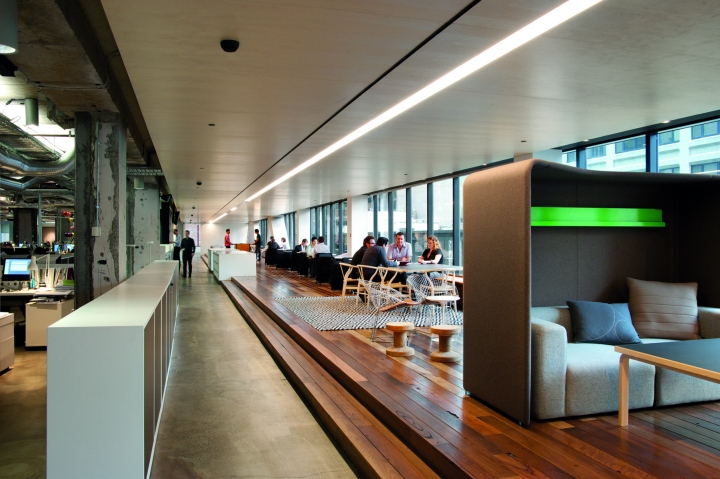 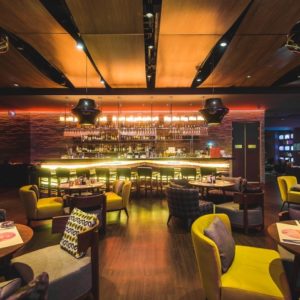 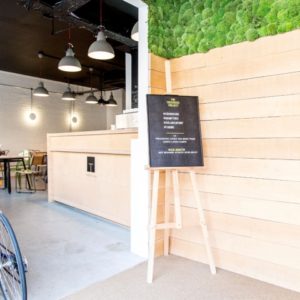 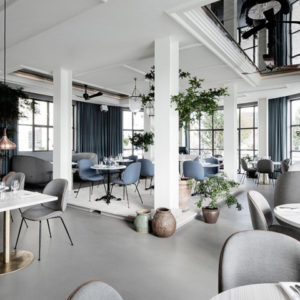 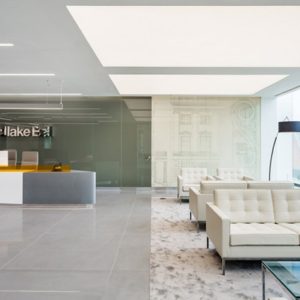