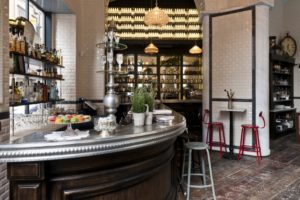 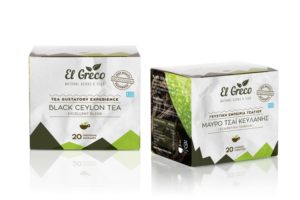 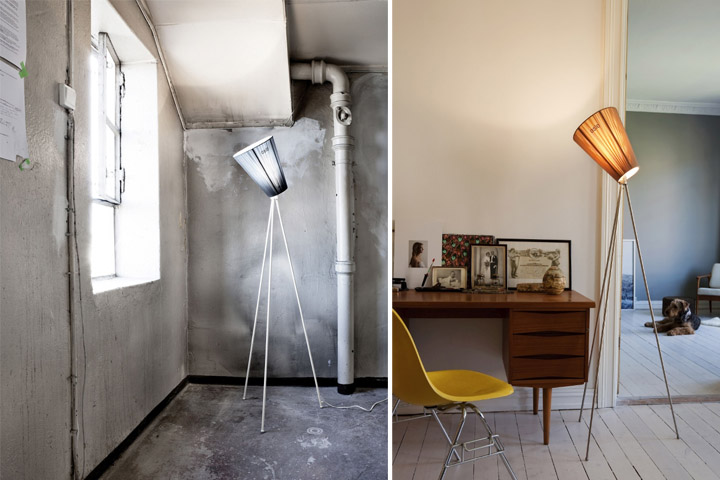 It’s been ten years since Northern Lighting produced its first design, and only nine since Ove Rogne’s award-winning Oslo Wood floor lamp was launched. With its sleek contemporary profile, streamlined tripod base and multi-directional shade, it’s easy to see why Oslo Wood has become Northern Lighting’s best-selling design so far. The shade is poised to project light upward, yet also diffuses it through the fabric to create a soft glow. As the shade rotates around a gimbal fastened to the top of the tripod, it can shine light in any direction. Today, Northern Lighting launches two new editions of Oslo Wood to commemorate our ten-year anniversary. Both are made with the same shape and proportions as the original version. One tripod base has the faded lustre of antique gold, while the other is electroplated shiny black. The shades for both editions are covered in hand-threaded green fabric that softens and diffuses the light similarly to the original version. Although the design is strikingly metropolitan, nature was part of the inspiration behind Oslo Wood. Rogne set out to recreate the effect of urban lights filtering through trees as they radiate from the city centre. As Oslo Wood’s light is softened by the shade, it resembles the warm glow of city lights on a dark winter night, which have been diffused upwards through tree branches to illuminate the sky. As Northern Lighting gets set for the next ten years, we’ll continue striving for timeless designs that illuminate and inspire. But today we’re just happy to share our ten-year anniversary with you, and welcome you to an on-going celebration of contemporary style. About Ove Rogne
Ove Rogne is Northern Lighting’s CEO, Head of design and one of the company’s four founders. He studied business, law and political science in Oslo, Norway and St. Gallen, Switzerland.With roots from north of Norway, he established Northern Lighting in 2005 after working internationally within management consulting for many years. In 2006 he designed the award winning bestseller lamp Oslo Wood for Northern Lighting, and in 2008 he co-designed their well-known Moo lamp in cooperation with his colleague and award winning chef Trond Svendgård.

About Northern Lighting
Imagine a creative force led by original ideas, in a place where traditional design seems like a thing of the past. Where contemporary artefacts find new friends, and award-winning classics are remade with state-of-the-art materials. Where all the lights are fun to use, and bridge the gap between everyday functionality and ideals of luxury and style. Look no further than Northern Lighting, a heady hotspot of creative cool. Whether crafted into pendant lights, floor lamps, wall lights, table lamps, candle holders or tea lights, each product we make enhances the quality of ambient light. We create soft lighting that makes their surroundings seem soothing and relaxing, or use diffused glows to create moody tones. Northern Lighting’s products are created in collaboration with designers, tastemakers and innovators around the world. Established in Oslo in 2005, our designs are guided by Scandinavian simplicity and the ever-changing character of the Nordic light. As Northern Lighting’s products illuminate interiors throughout the world, our commitment to quality, sustainability and design excellence travels with them. 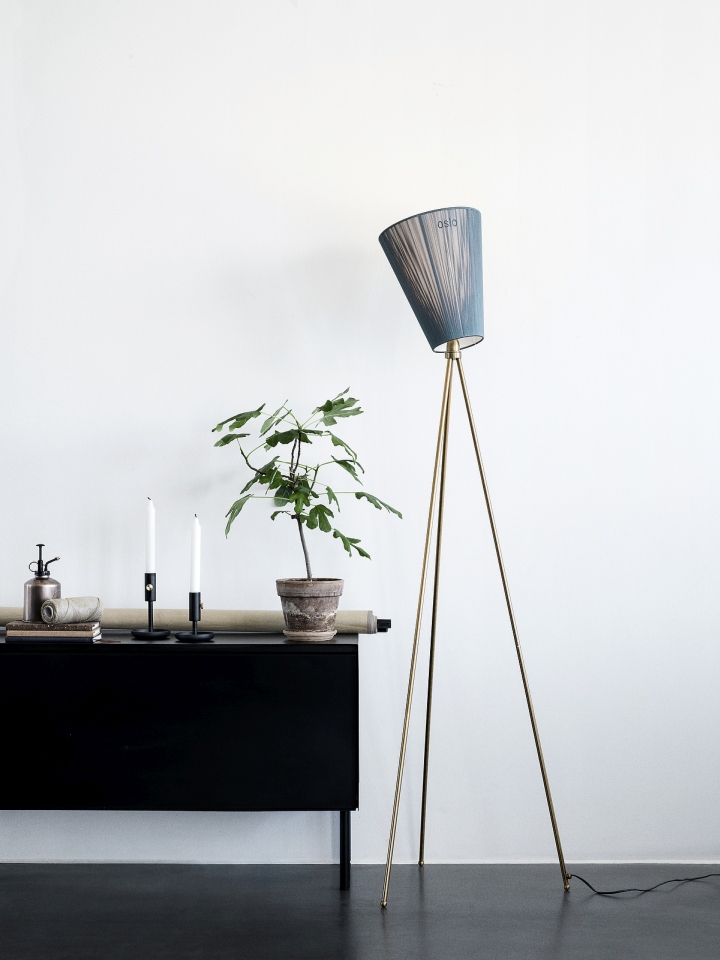 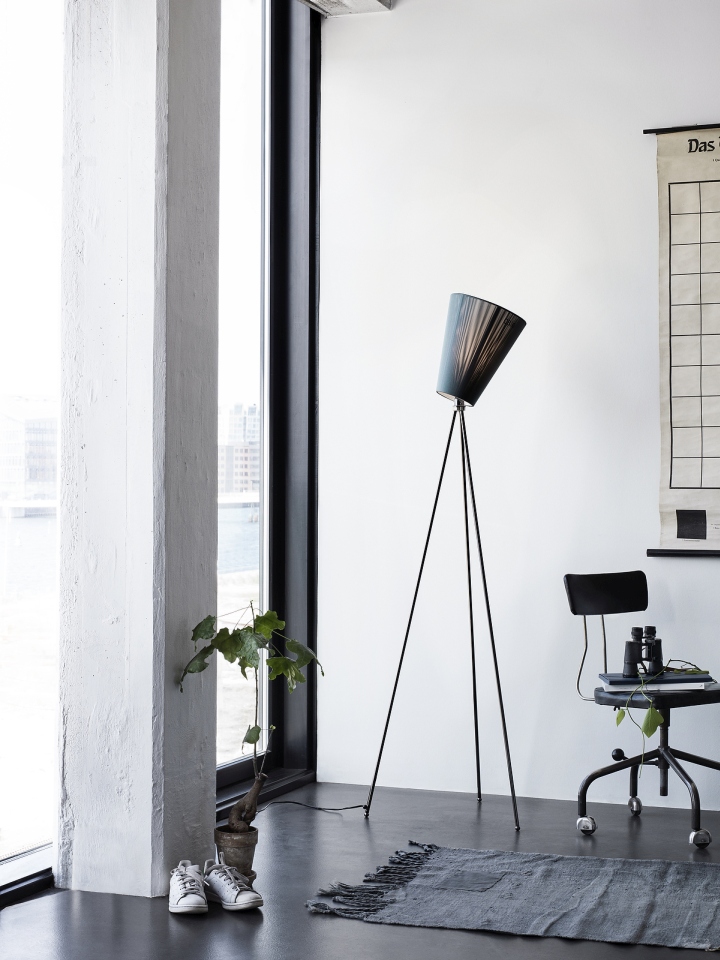 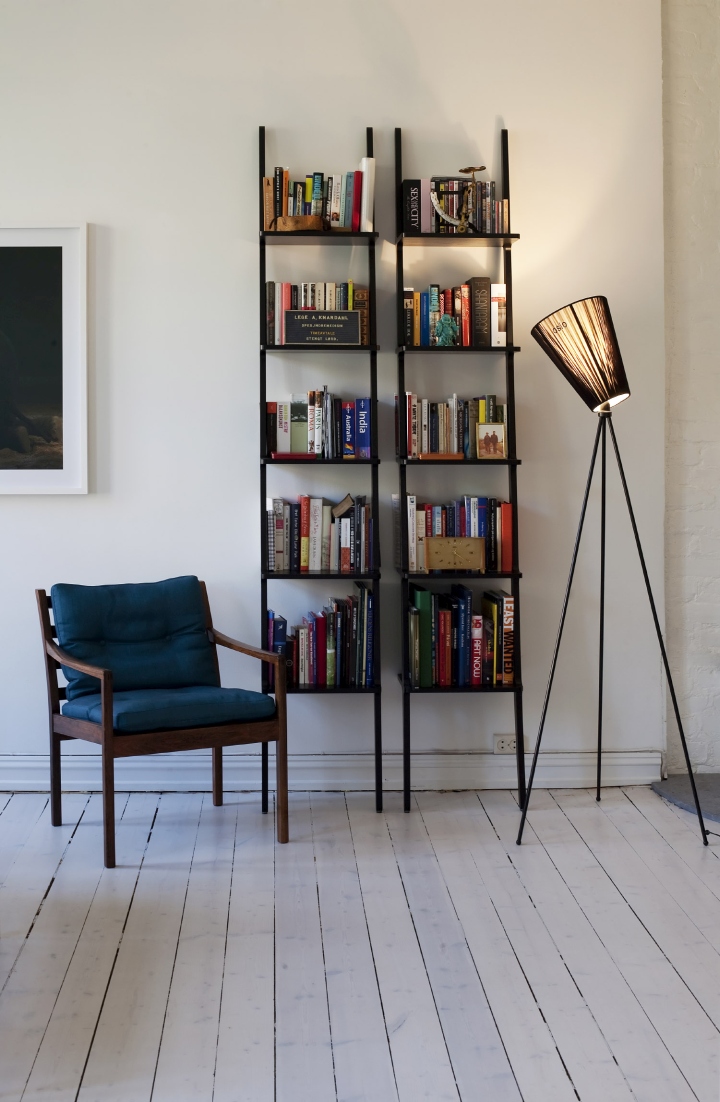 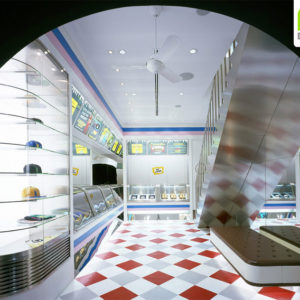 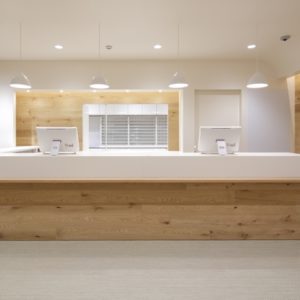 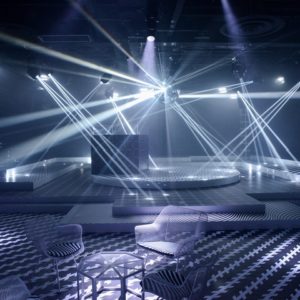 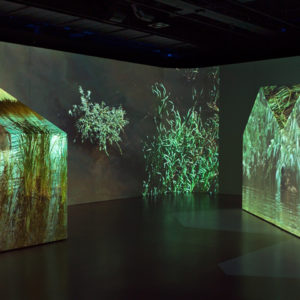