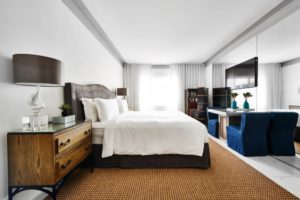 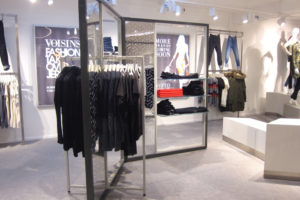 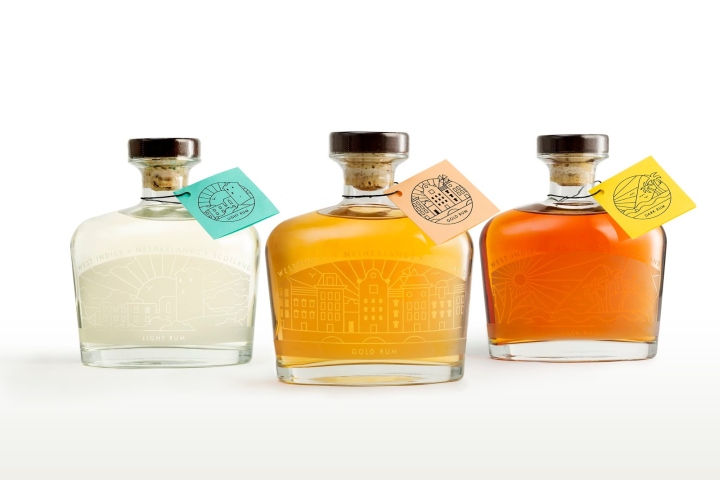 The challenge was to create a limited edition rum collection that told the story of Rum Blender (a recently launched website allowing people to create their own blend of rum). It all kicked off by a group from Front Page sitting around a table and learning all about rum; how it’s made, the different types, what Rum Blender is, and of course, a flight of seven different rum samples to taste, enjoy and scribble tasting notes for. By the end of the session they’d created three unique blends to take forward and design custom engraved labels for. Seven months later designs were completed and sent away for engraving. The finished creative represents the journey that this rum takes – from where it’s made to where it’s blended to where it’s bottled – in three simple, stylised illustrations. The first characterising a sun-soaked Caribbean island (West Indies), the second showing the narrow building fronts along the canals of Amsterdam (Netherlands) and the final one depicting Bothwell Castle (Scotland). These illustrations were all built on a single uniforming grid that was developed to ensure that – although three different designers were working on each individually – they would all work together and share the same style and weight. 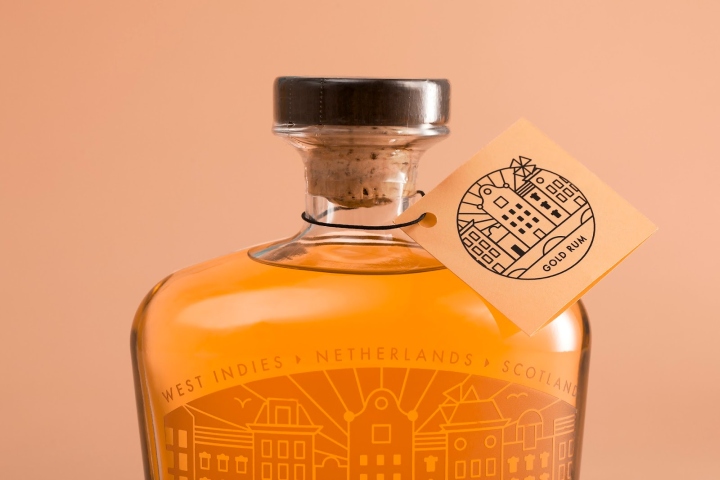 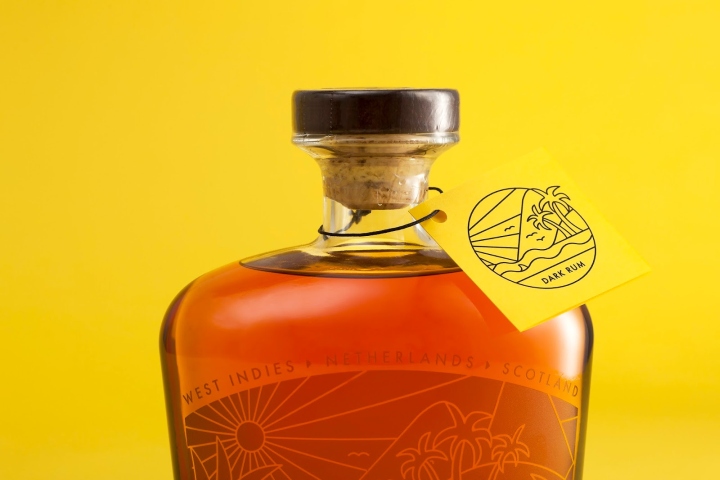 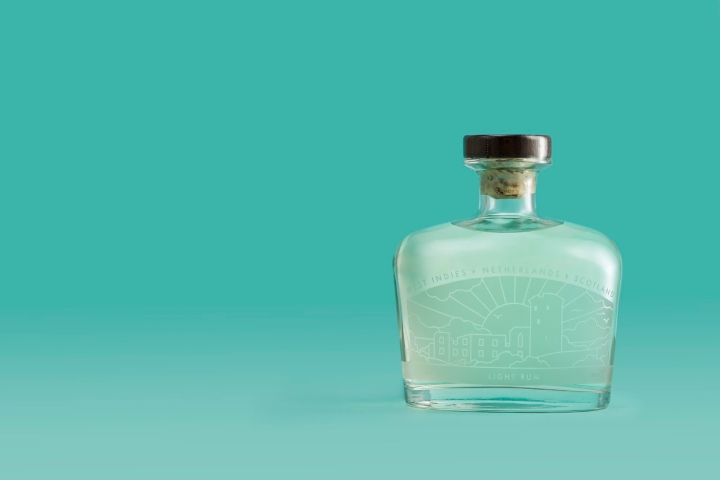 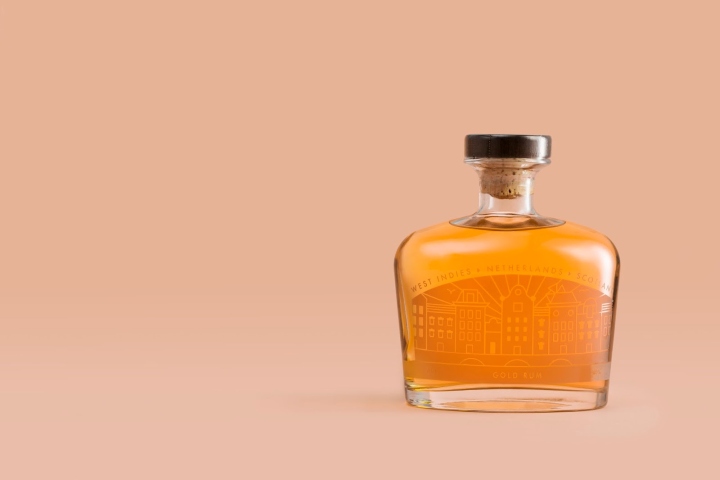 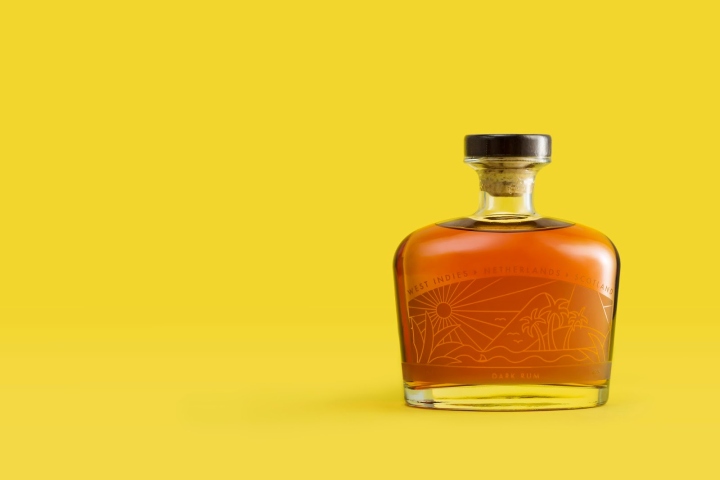 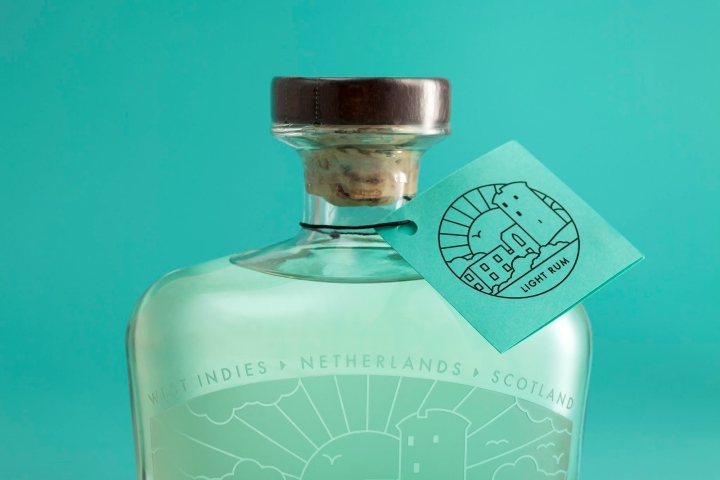 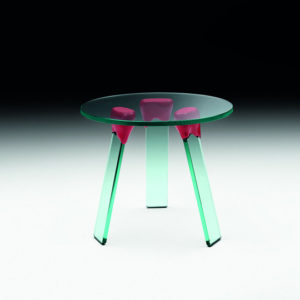 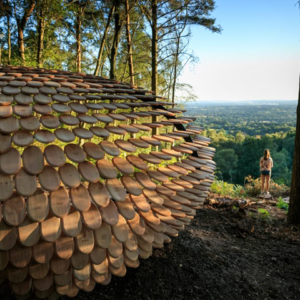 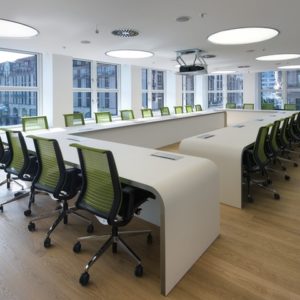 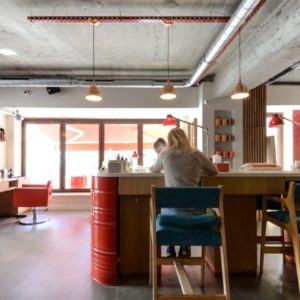