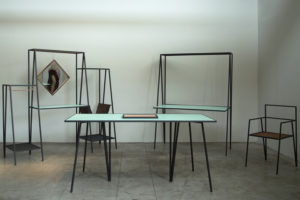 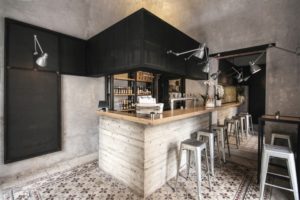 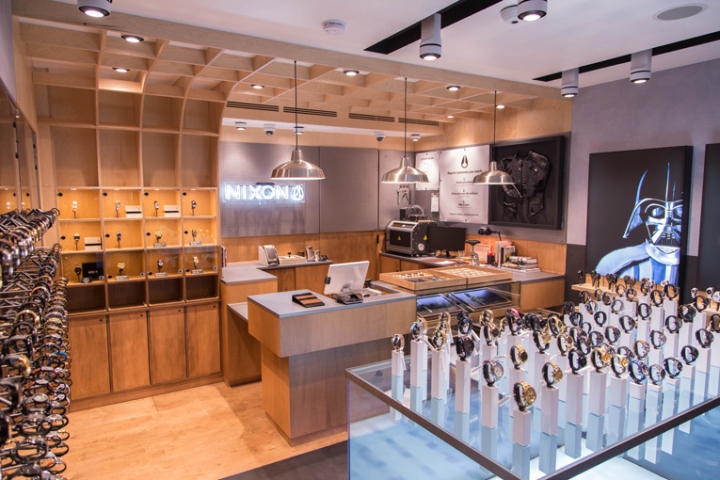 Following the opening of stores in Paris and London, American lifestyle brand Nixon shifts its focus back to home turf to open up shop in what arguably is New York City’s most coveted shopping grounds: Soho. The shop interior is not only a renewed collab with British design office Checkland Kindleysides, but also sees the introduction of the so-called horizon line concept stateside. The retail space measures a compact 278 sq.ft. [26 sqm.] and similarly to the previous opened stores across the Atlantic, it features unique design elements that evoke an immersive brand experience and subtly reference to the ocean’s rhythm and flow. As watches are more or less the anchoring element of Nixon’s collection, a sculptural centerpiece has been developed, presenting a number of the coveted merchandise on undulating plinths and partly immersed below the surface of an acqua blue tank, along with even more models are showcased on a watch wall along one side of the store. As a nod to the brand’s roots, the sections dedicated to watch customization and the Swiss-made RSVP line take cues from construction of the underside of skate bowls, and the ribs of the structure create an inverted exoskeleton which wraps around the space. The new Nixon store carries the brand’s full range of watches. 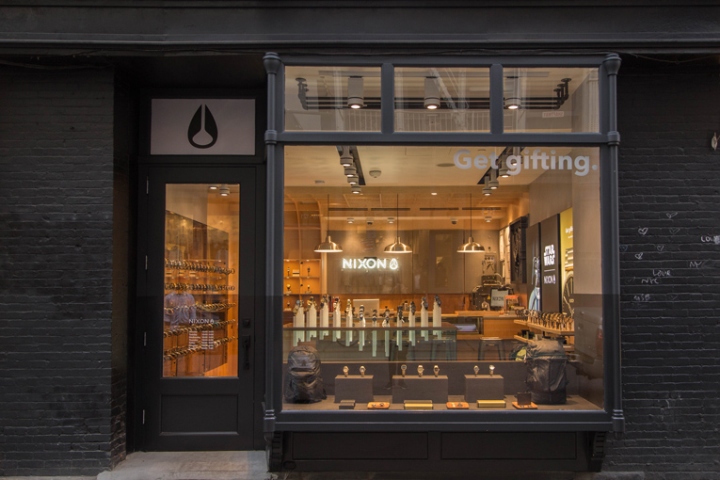 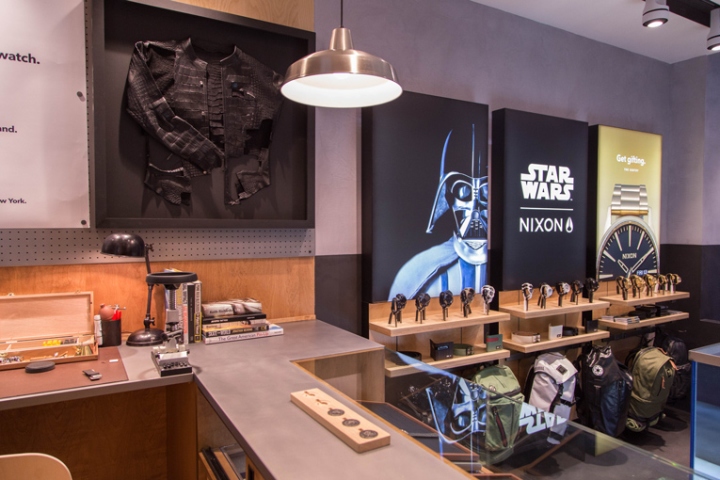 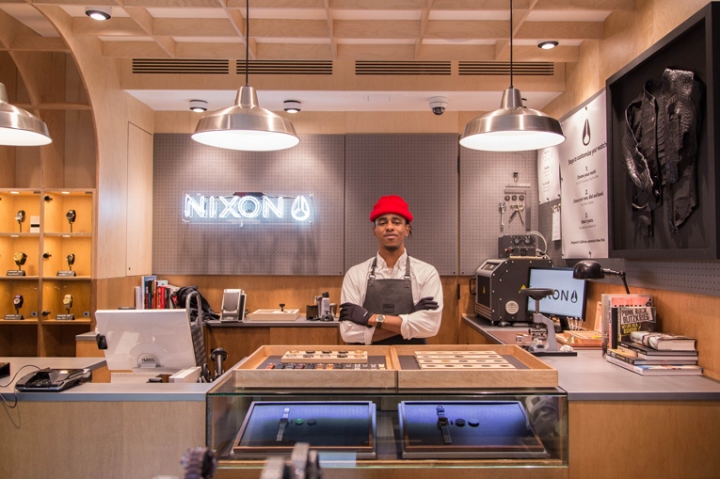 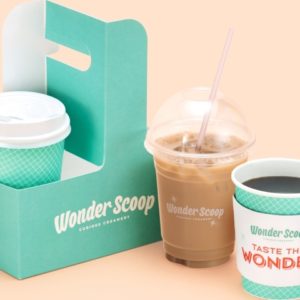 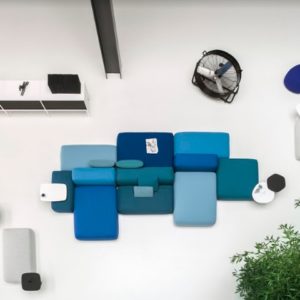 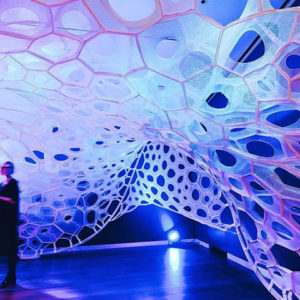 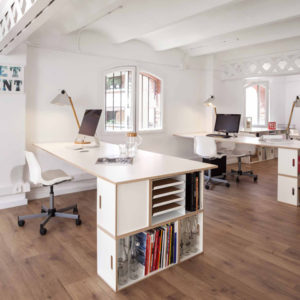