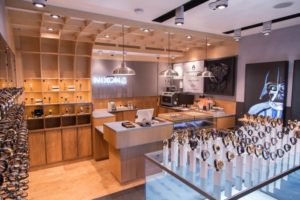 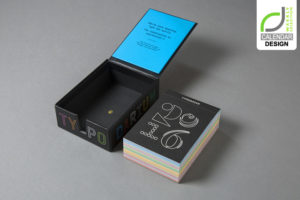 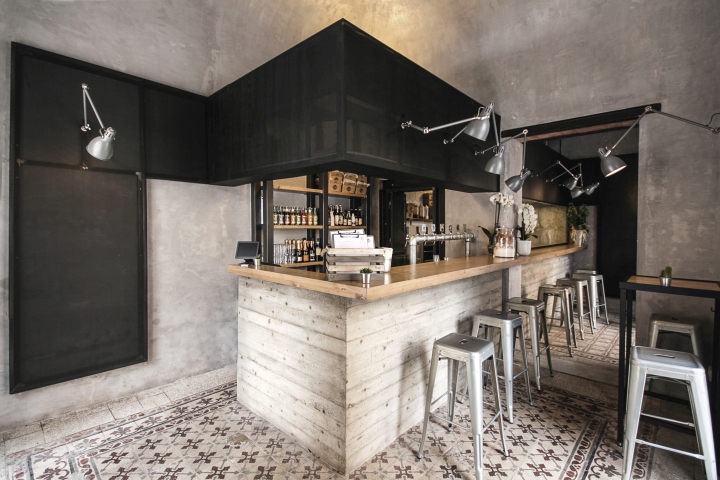 The project is conceived as a reconversion of the previous space in a fast food. The former antique shop’s space was composed by interconnected rooms , that the architects have turned into a singular grey-tones place marked by an extended counter made of visual concrete and wood.
Over the counter, a suspended volume of perforated black metal panel acts as a little storage, and ad support for a series of adjustable lamps. The materials selection ( perforated metalpanel, visual concrete, grey painted walls, iron stools) reminds of industrial atmosphere and it creates a strong contrast with the early 20th century decorated floor, left exposed. The iron front doors open up to the street,providing a sense of continuity between interior and exterior spaces, and underlining Unto’s urban character. 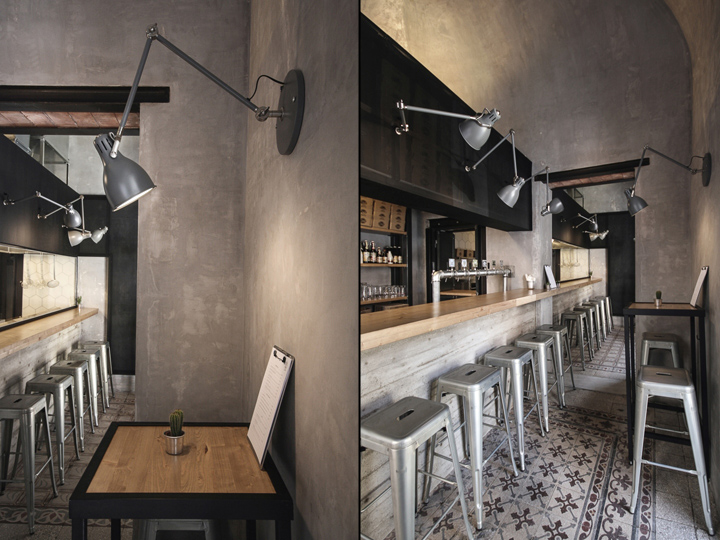 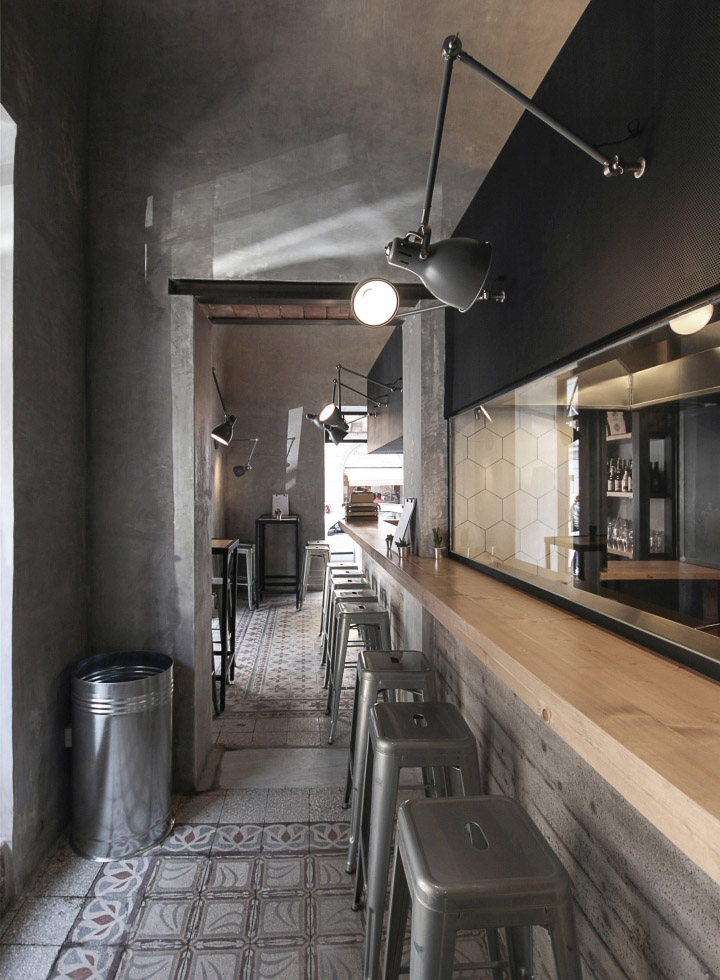 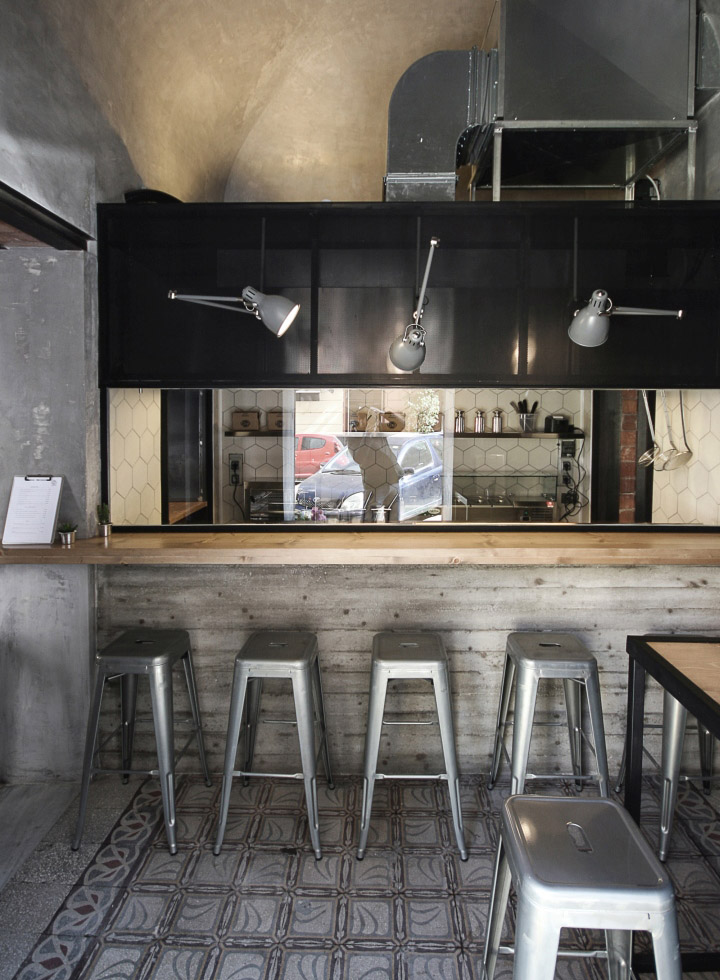 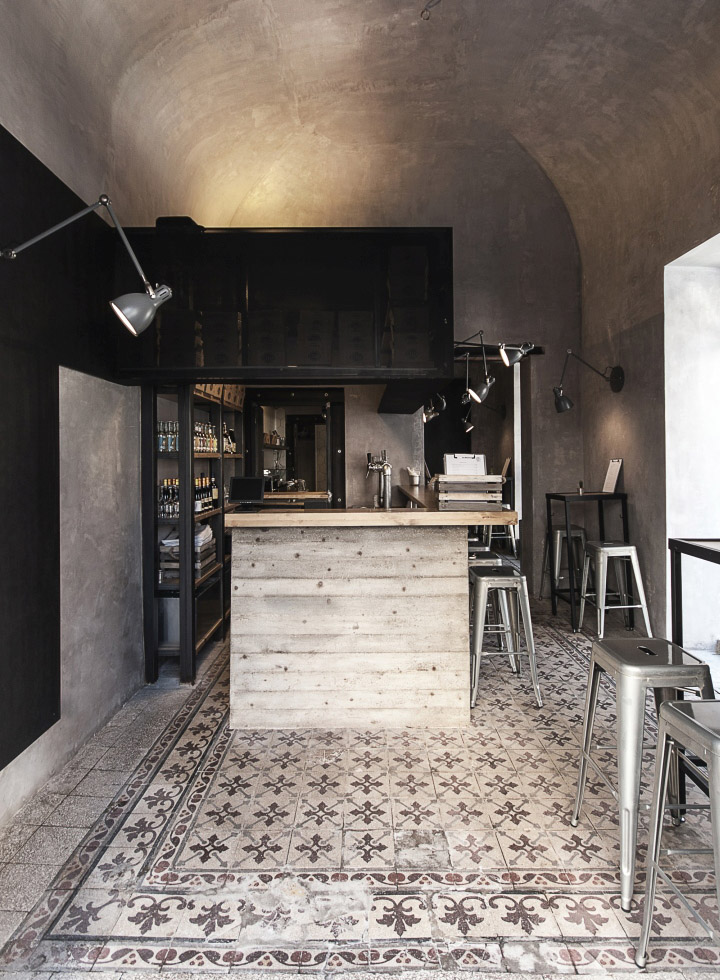 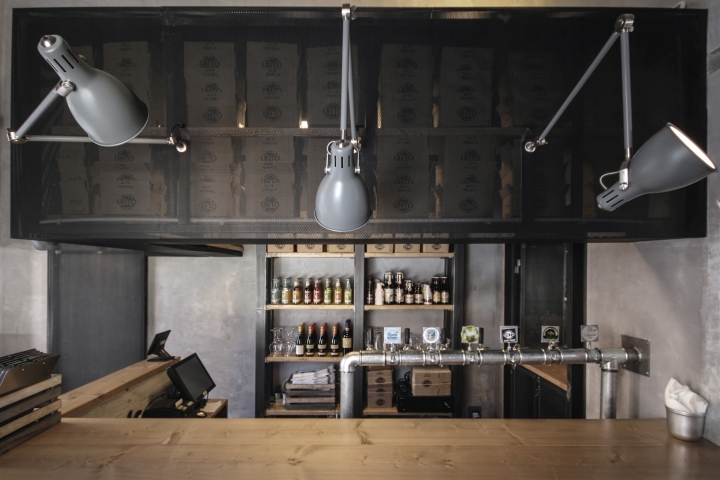 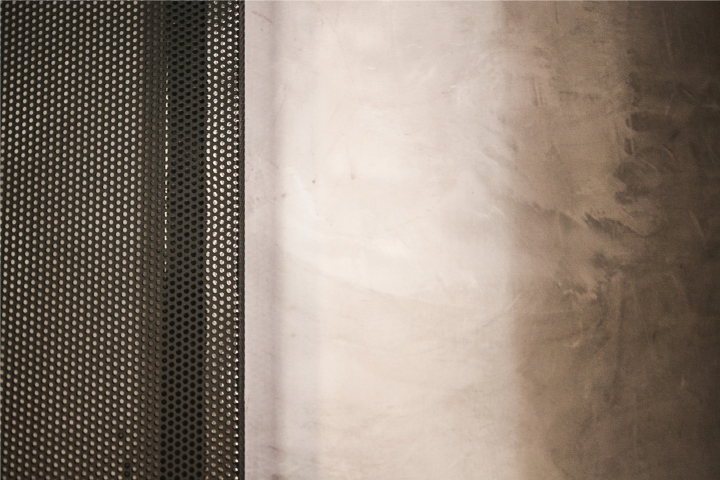 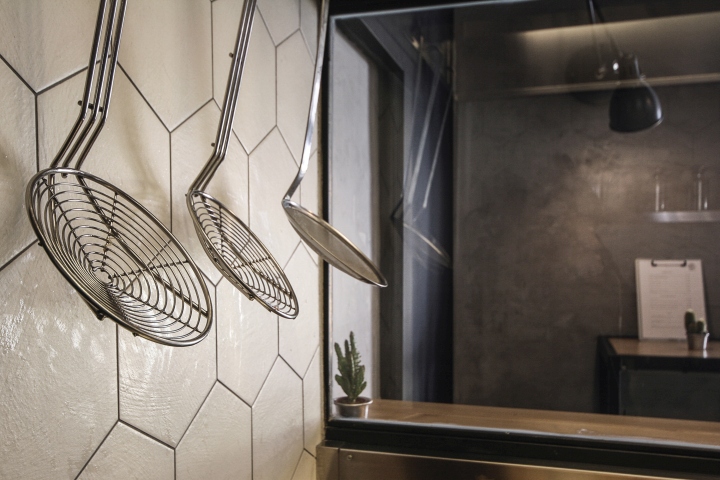 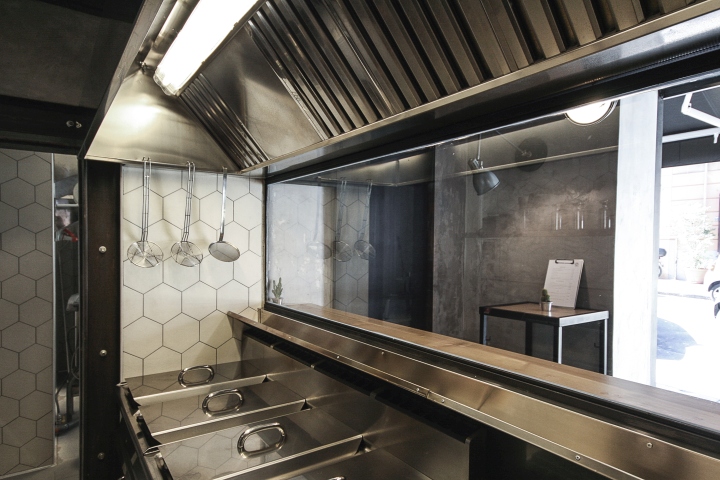 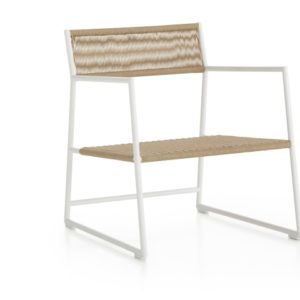 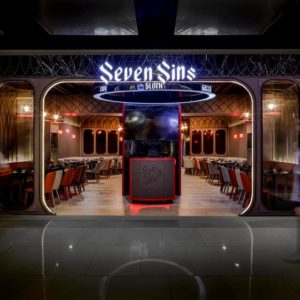 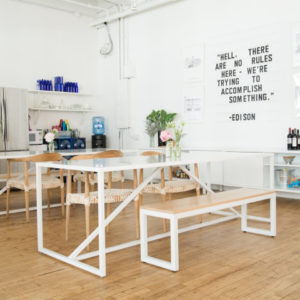 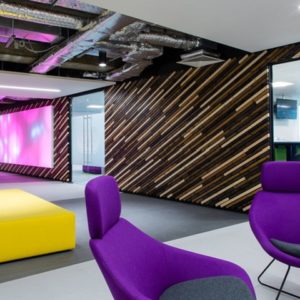