Art Bikes by Handsome Cycles for Minneapolis Institute of Arts 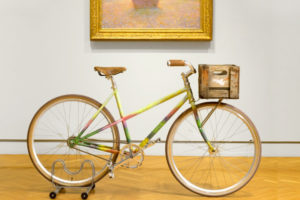 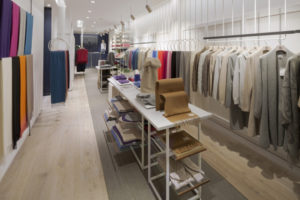 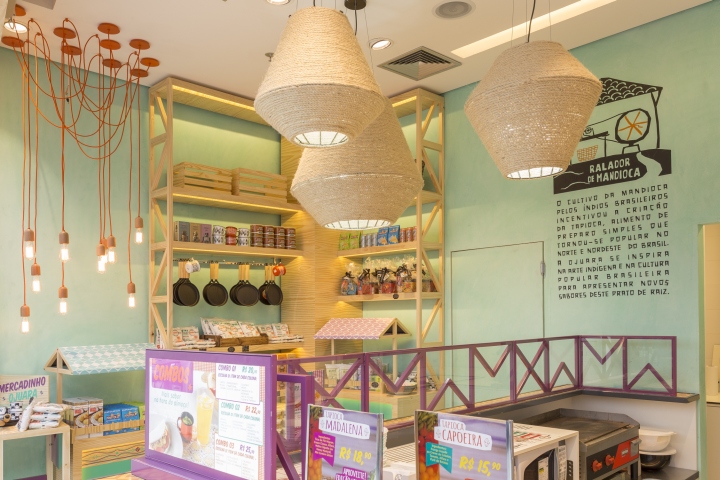 Like the other stores in the chain, the Ojuara Tapiocaria at the Iguatemi Campinas Mall seeks to emphasize the tapiocas prepared there. Signed by Estúdio Jacarandá, the architectural project synthesizes, in a small space, the vast Brazilian cultural richness. The brand is inspired on the origins of tapioca with Brazilian indigenous people and its appropriation in the northern and northeastern regions. As well as the production of tapioca for immediate consumption, the space includes a typically Brazilian corner store, which offers products from different regions in the country. The geometric patterns on the tiles and printed on the counter were developed based on features from modernism, traditional folk flags, calligraphy from indigenous tribes, the ornaments traditionally drawn on trucks, “cordel” folk literature, among other sources. A large woodcut print on the wall captures facts about the the cultivation of manioc, an ingredient in tapioca starch. The color palette was created based on warm and arid tones, common in the country’s hinterlands. The Brazilian cultural mixture is the base of the concept behind Ojuara Tapiocaria. Considering energy saving, the studio designed the lighting in the store using LED COB technology, which emits less heat, has a longer working life and is more efficient. Used in the ceiling lights, they generate a uniform luminosity with a wider angle, avoiding the discomfort caused by concentrated brightness. The use of decorative fixtures integrated with the store’s ambiance is one of the highlights in the lighting project. Among the fixtures are the rope pendants shaped like folk balloons and the set of pendants with filament lamps which adorns the showcase. 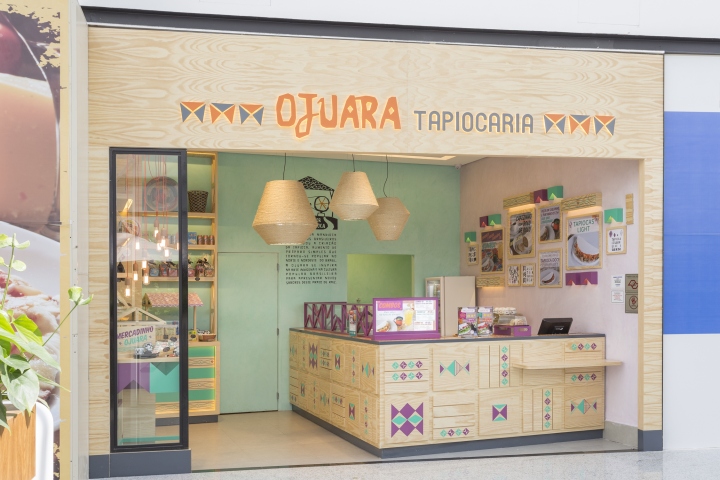 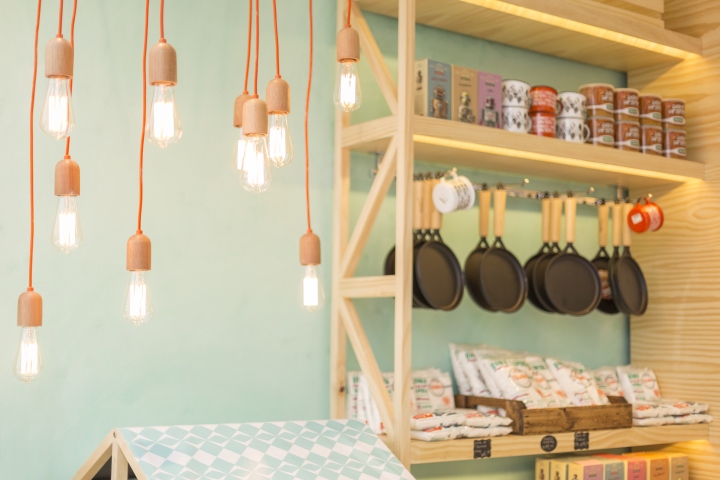 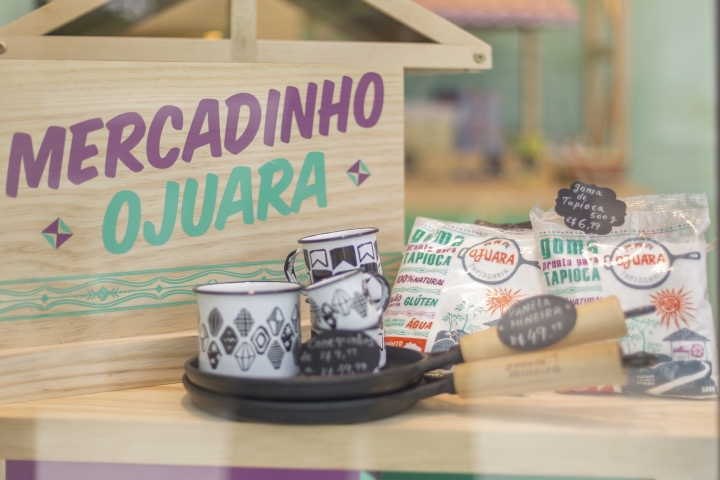 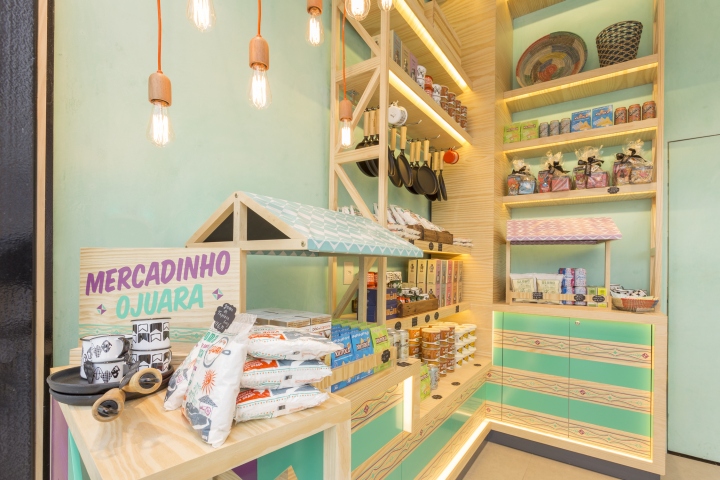 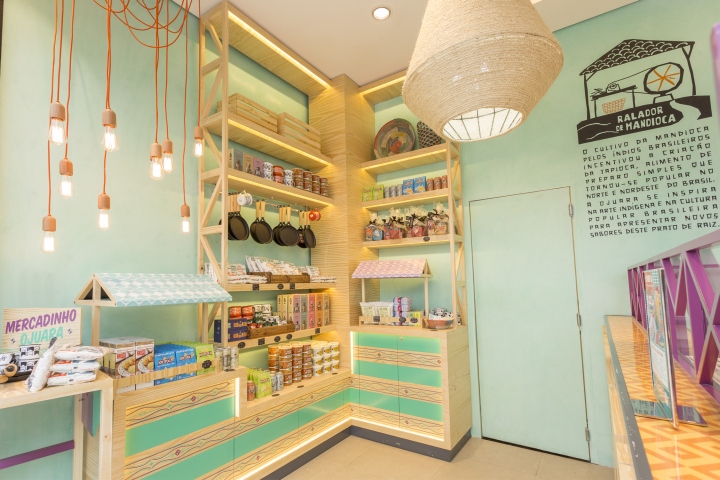 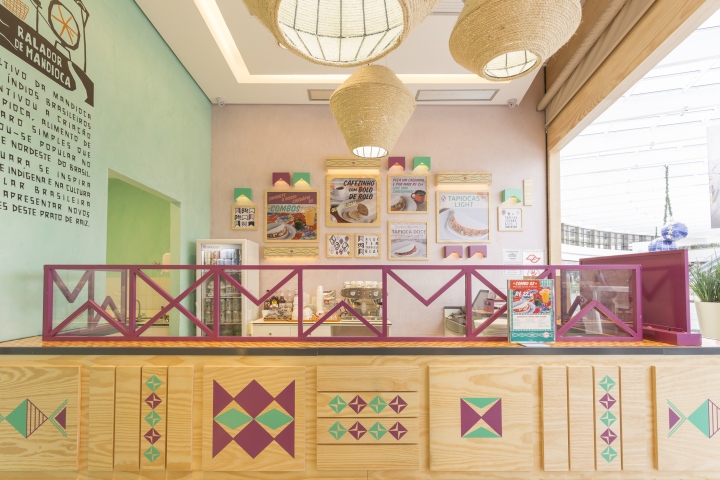 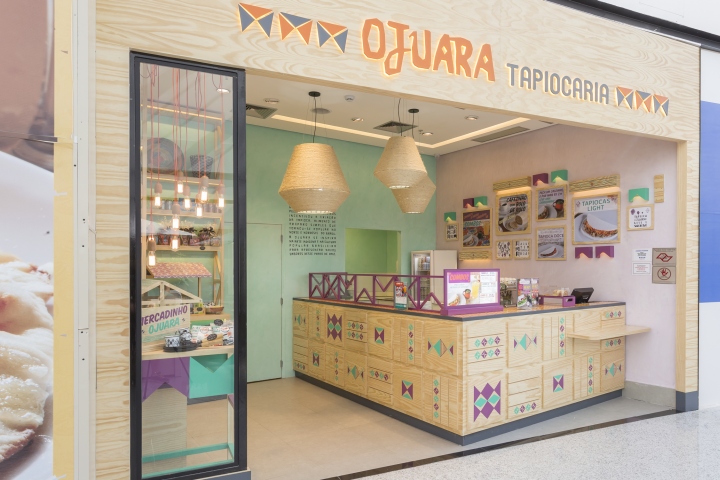 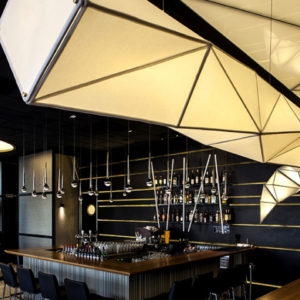 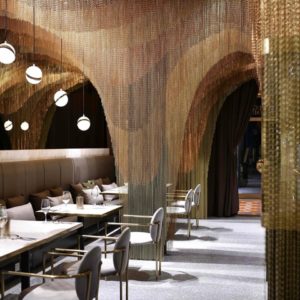 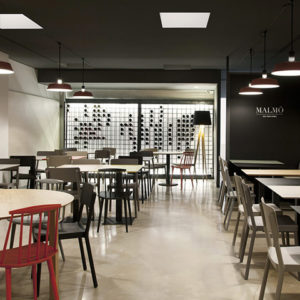 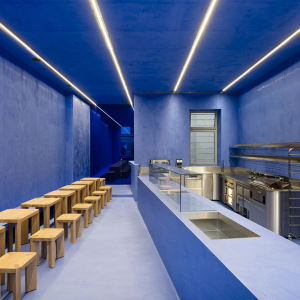