Voronoi & Delaunay Pattern Wooden Bag by Made In Love Studio 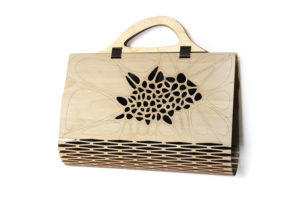 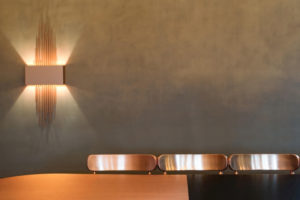 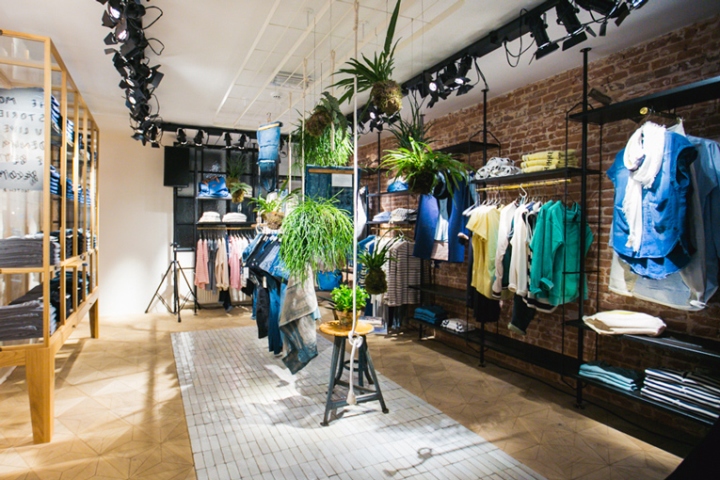 Headquartered in Amsterdam, apparel brand Scotch & Soda cleverly uses the city’s solid denim rep to propel its denim line into the global limelight. Four years after launching a denim-only shop in the Dutch capital’s canal district, it’s taking its denim retail operations to a new level by opening a similar boutique, but this time emphasizing a far more artisanal approach to the coveted fabric. Aptly called The Blauw Kitchen – mind you, blauw means blue in Dutch – it’s set up as a Japan-inspired denim lab of sorts and aims to showcase the brand’s increased denim credibilty. The store in tucked away in a narrow side street of De Pijp, an area of town which has seen a huge transformation this past decade with the arrival of a large number of hipster establishments, and features an interior, created by the brand’s in-house design team, that hints a keen eye for proportions and detail. Despite the fairly compact size of the premises – a front section on street level and lower and mezzanine levels in the back – it boasts a balanced palette of exposed red brick, vintage-looking tiles and large swathes of immaculate white stucco that contributes to a specific vibe that mimics indie boutiques in the land of the rising sun. Upon entering The Blauw Kitchen, shoppers are met by a vintage demonstration sink where actual dye tests and other denim-related events will be conducted. Although the interior design could be called orderly and structured at first sight, there’s room for evocative details, such as the sashiko stitching pattern that adorns the wooden flooring, interspersed lush plants dangling from the ceiling, and a small bar section which serves blueberry-infused water. Scotch & Soda’s newest retail statement carries its full range of men’s and women’s denim pieces. 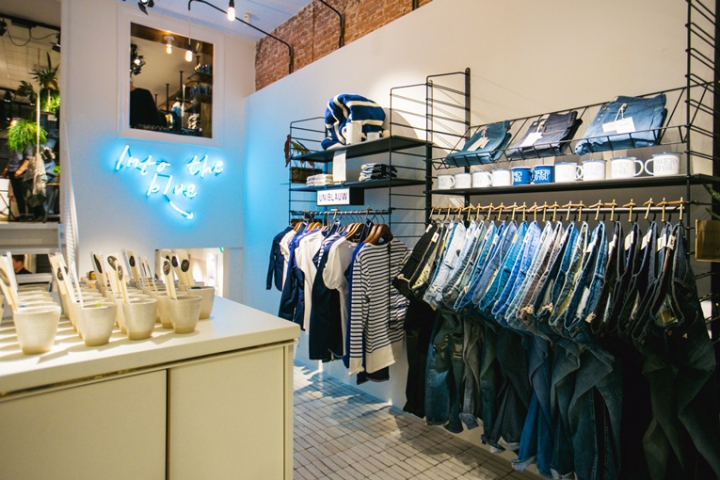 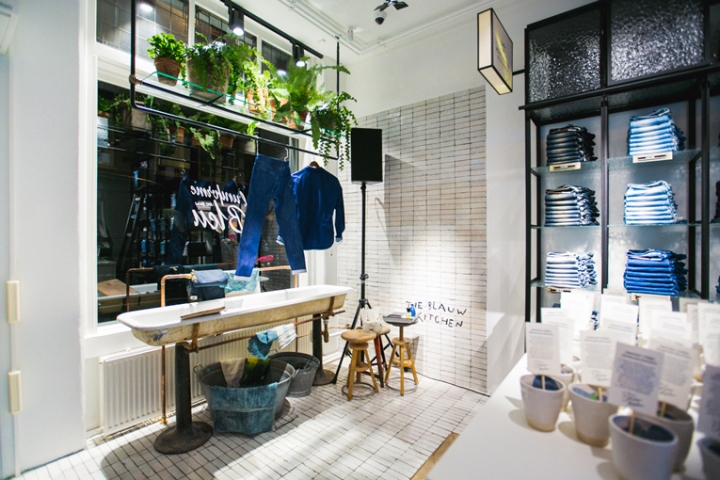 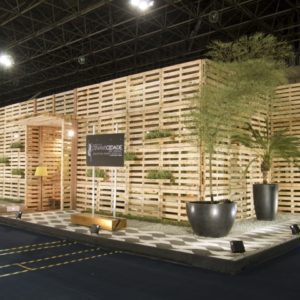 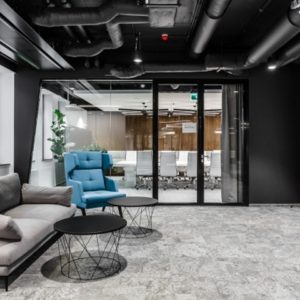 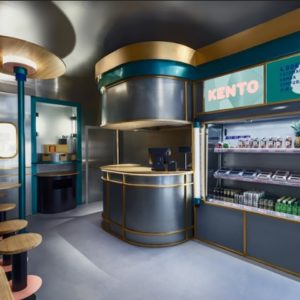 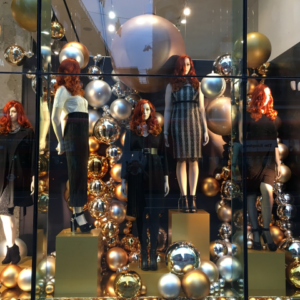