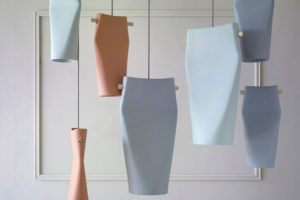 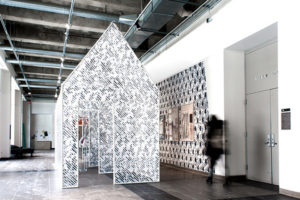 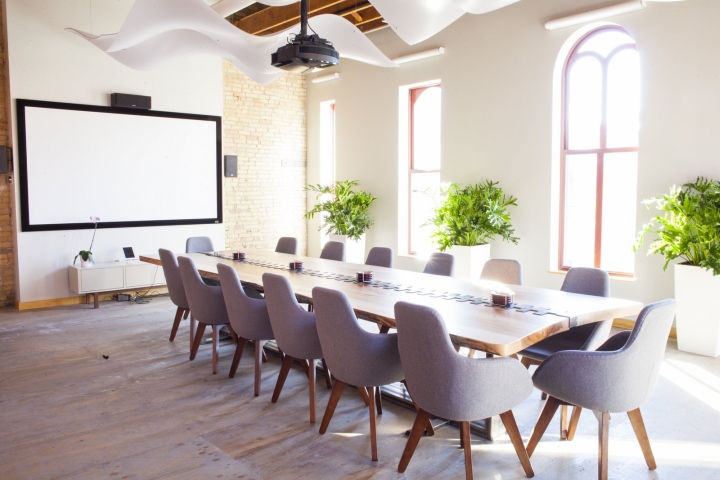 Shea has designed the new offices of The Scott Petinga Group located in Minneapolis, Minnesota. After being diagnosed with cancer over a decade ago, entrepreneur Scott Petinga set out to build an empire, creating a handful of small companies specializing in everything from communications to real-estate development. The empire quickly exploded, necessitating a new office space and location centered around Akquracy, a data-fueled communications agency. Petinga tapped Shea to design the third floor of a historic warehouse building in the North Loop neighborhood of Minneapolis, merging the space’s storied past with his company’s modern sensibilities. An opposite-of-ordinary environment to inspire creativity and foster strategic communication was the goal, with a space that felt more like a boutique hotel lobby than a typical office space. The project was an exercise in dichotomy throughout its duration. Shea created a design that highlighted the original character features of the building and really brought together opposing forces. It mixed pieces owned by Petinga with new furnishings and brought in high-tech digital equipment against a backdrop of reclaimed-wood floor and timbered columns. The space also needed to serve dual functions: a space where Petinga’s companies could interact while maintaining their own identities and team spaces. The Shea-crafted solution was a central common area with a fully-equipped kitchen and several soft-seating nooks for breakout meetings, with adjacent rooms for individual workstations salvaged from Petinga’s old space. Quirky egg-shaped chairs and an igloo-inspired seating area give inventive and unexpected places for brainstorming, and exposed beams and restored arched windows maintain the building’s original character. The clean palette is punched up by bright details: graphic murals featuring Superman, astronauts, and the city of Minneapolis accent the walls, while skateboard tiles backspash the restrooms. It’s an ideal setting to let creativity flourish. 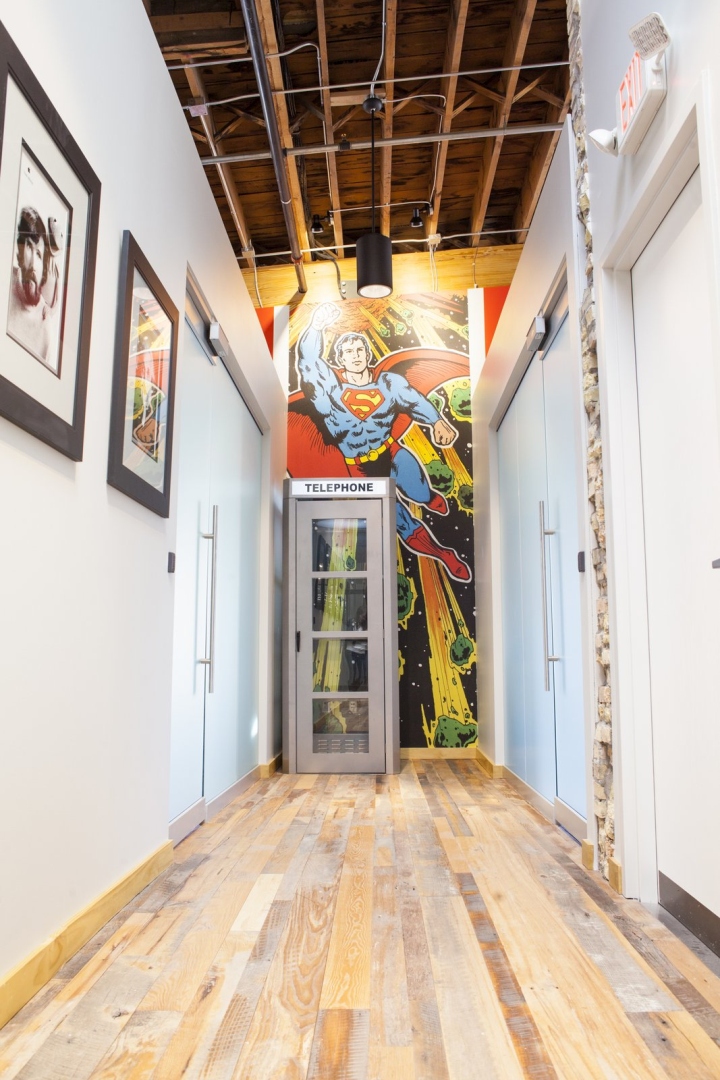 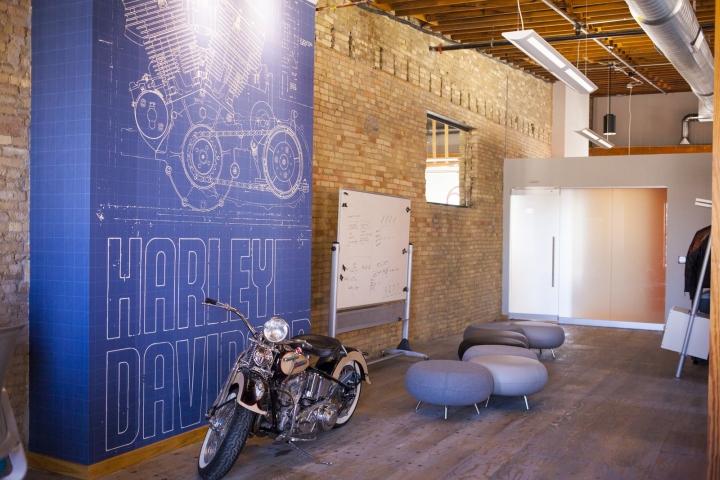 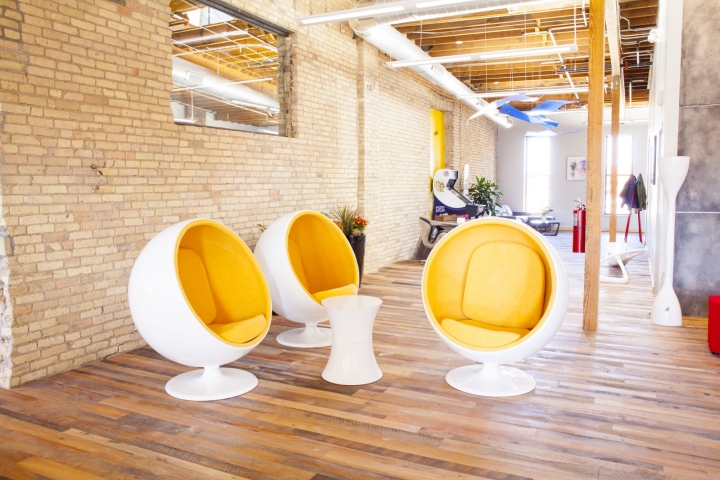 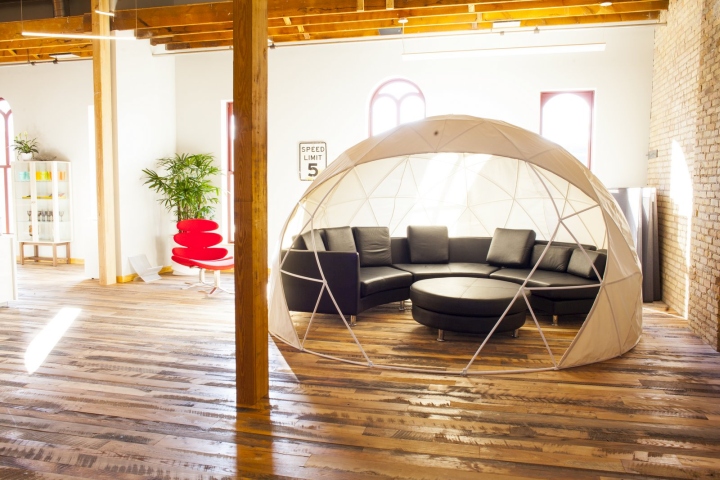 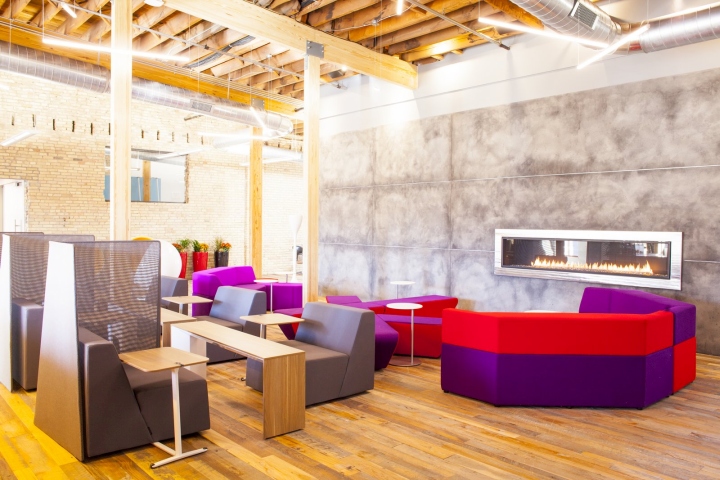 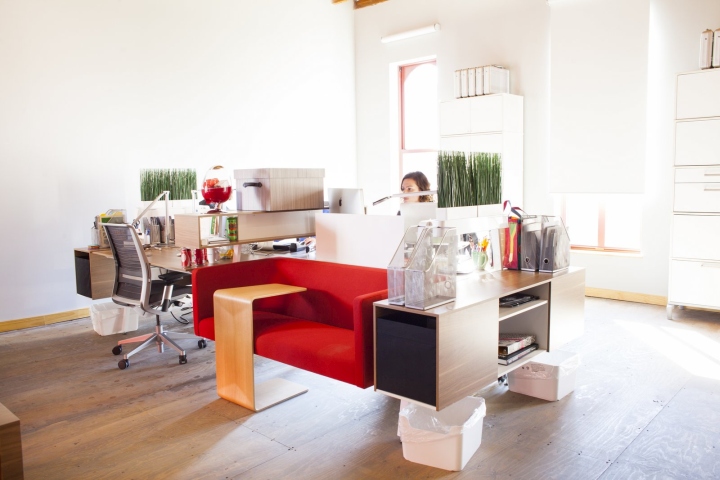 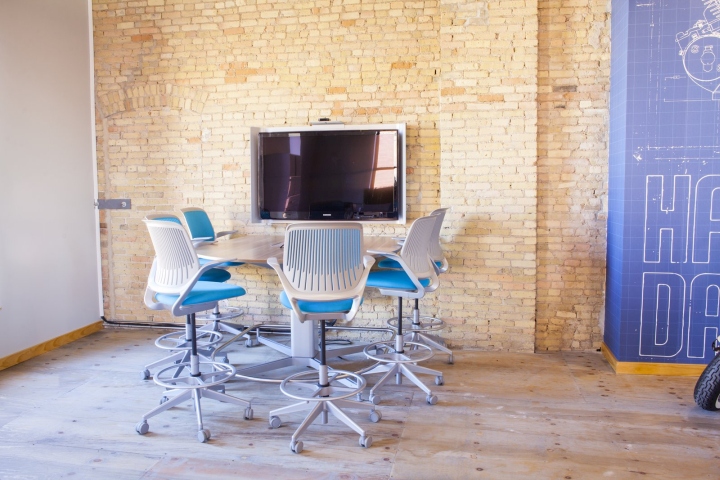 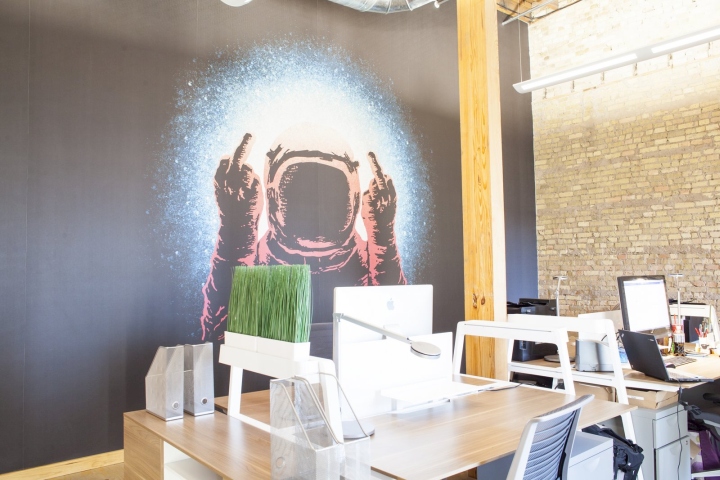 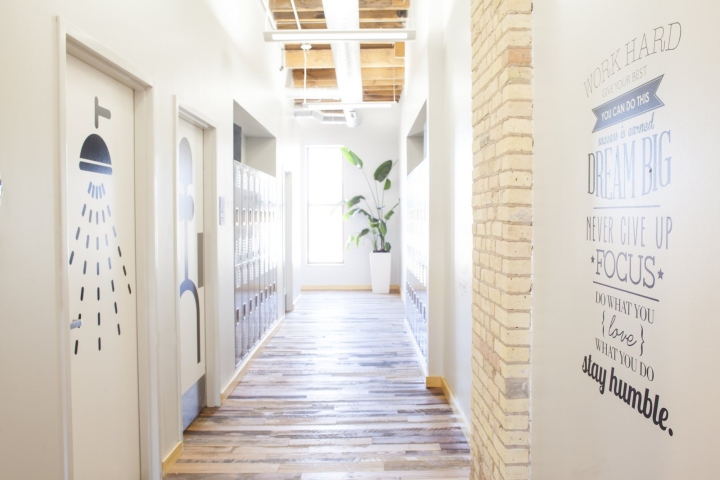 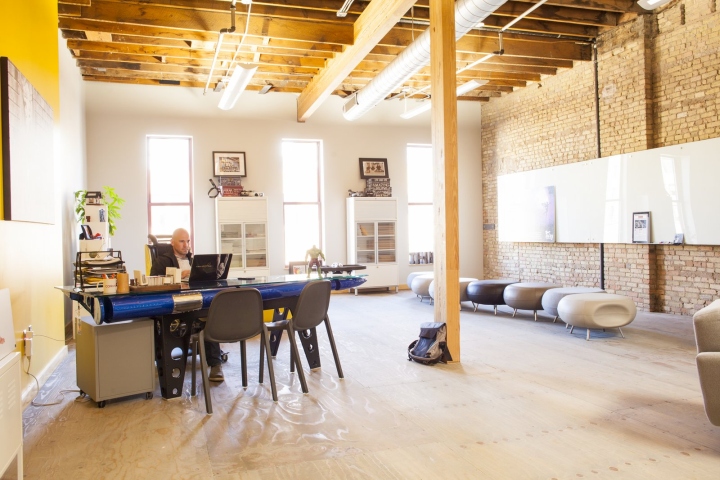 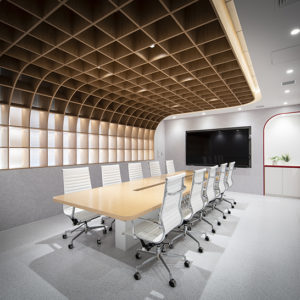 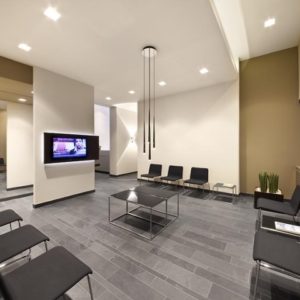 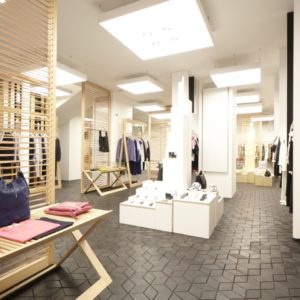 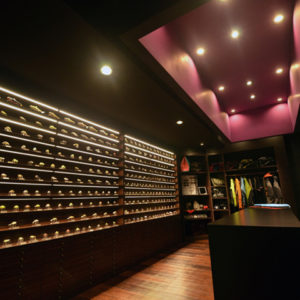