Frame’s glass cube pavilion by i29 at IMM, Cologne – Italy 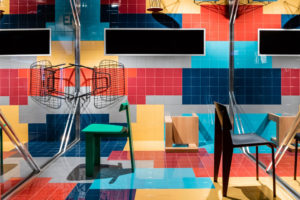 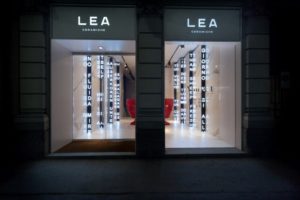 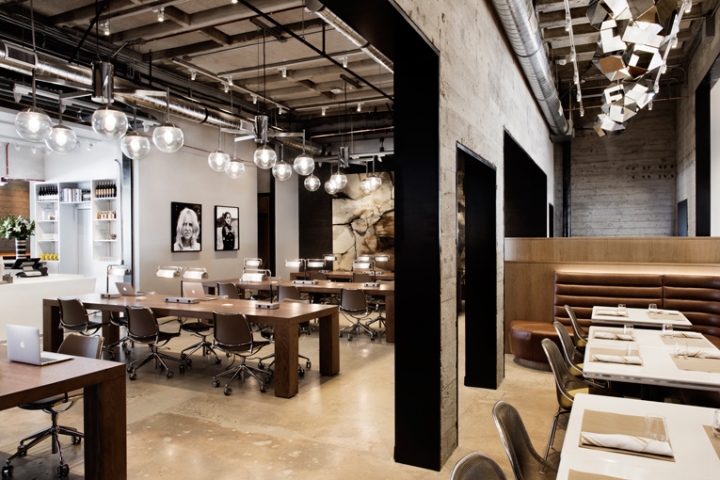 Work and play. To many a professional working in the creative industry today, there’s hardly a distinction between the two. Such a perception creates a challenge when providing this savvy workforce with an environment that aims to facilitate both. Well, they can always rely on Neuehouse. Following a successful launch in New York City in 2013, a new and much larger co-working space has been opened a little while ago in another global creative hub, Los Angeles. Similar to the east coast location, great effort has been made to find an appropriate venue, and if we may say so, the scrutiny has certainly payed off. Neuehouse Hollywood occupies the CBS Radio Building, an architectural landmark built in 1938 by Swiss-American architect William Lescaze. Box-shaped with an austere façade, it was designed according to the principles of the international style, and as you can imagine, it was ahead of its time when it first opened. The sevent-storey building has been restored by acclaimed New York-based architect David Rockwell, who in turn has created a series of interventions that enhances the modernity of these premises. Members enter Neuehouse Hollywood through an open courtyard, finding a polished white marble reception desk behind a board-formed concrete exchange counter in the lobby. Directly opposite sits a coffee bar framed by textured board-formed concrete serves as the area’s social hub. The original reception desk has been playfully converted into a flower shop. The ground floor also features a variety of working spaces, ranging from a gallery with lounge seating and rows of oak library tables, to a row of leather banquettes with up-lit wood-paneled high surrounds. One floor up, a library lounge can be found. The space is very much defined by two museum vitrines that display artifacts from the building’s broadcasting past. A wood-paneled banquette that runs along the back library wall of the library and a fireplace add up to the homely atmosphere. This vibe extends onto outdoor terrace where it’s captured by cabanas, outdoor rugs and rows of potted plants. On the third floor, the design of Neuehouse Hollywood once again takes a subtle turn, largely taking cues from the building’s original historic details and pairing these. The use of Moroccan rugs echoes the abstract geometry and softens the industrial setting at the same time. The spacious outdoor event terrace, includes lounge areas, private cabanas, a covered conference room, and a refreshment table. The fourth and fifth floors offer a balance of atelier desks and more private studios, in addition to cozy lounge areas. The conference rooms come with distractingly beautiful views of the Hollywood Hills and downtown Los Angeles. The historical corridors with modernist elevator indicators that can be found here, have been carefully restored. The sixth floor is home to the so-called Paley penthouse, a spacious 18-seat boardroom. Featuring a more lavish aesthetic, it’s furnished with eye-catching Bauhaus-inspired pieces, against a backdrop of plaster walls and millwork. a spacious foyer with a chandelier leads to a private roof deck with sweeping views of the urban surroundings. Further boosting the appealing work/play balance of Neuehouse Hollywood is table restaurant. This welcoming gastro hub of sorts is furnished with a mix of banquettes and chandeliers and comfy Poltrona Frau chairs. Vitrines serve as partitions, and are featured on the back wall of the restaurant, holding artifacts from the building’s days as the CBS studios. A third Neuehouse branch is already in the making at Adelphi house, a 1930s art déco structure on the banks of the river Thames in London. The upcoming venue occupies an expansive 65,000 sq.ft. [6,039 sqm.] space and is scheduled to open late this year. 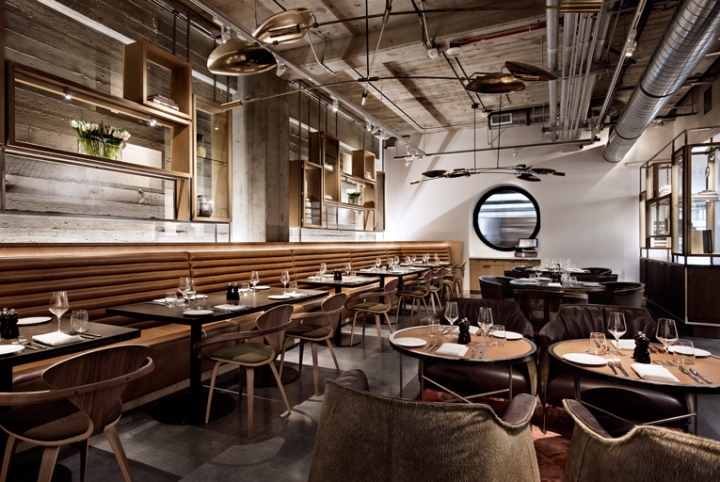 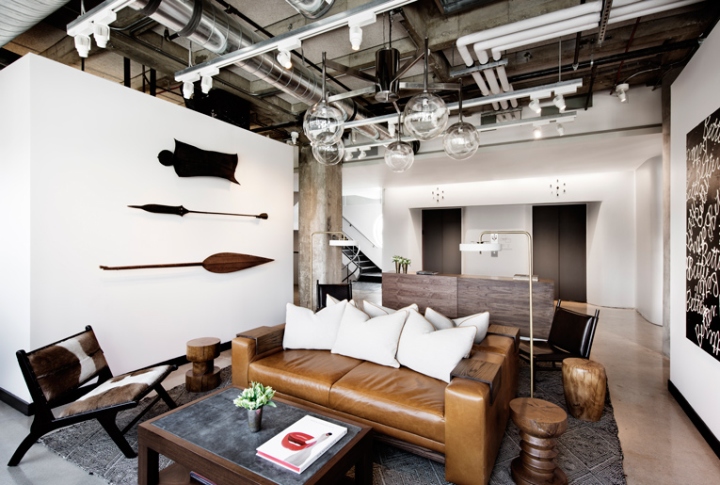 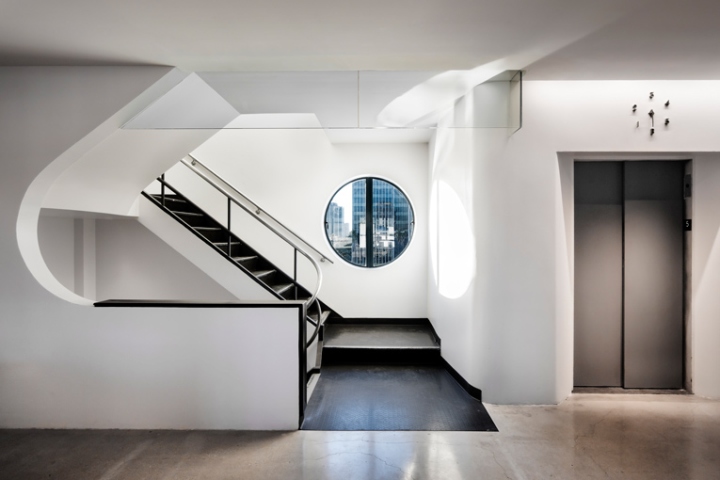 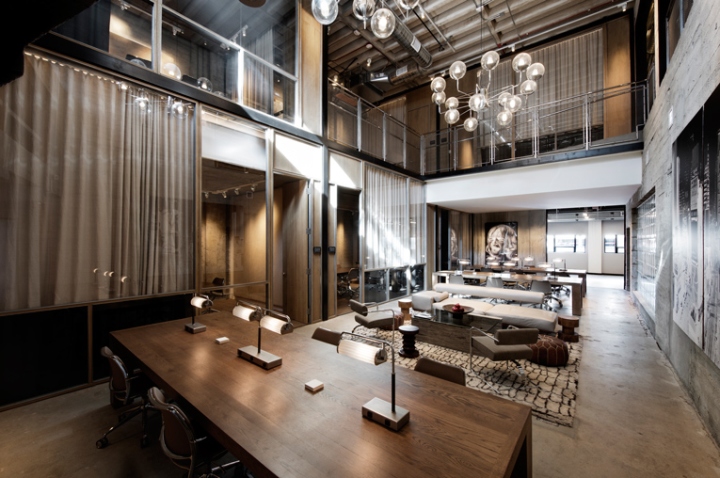 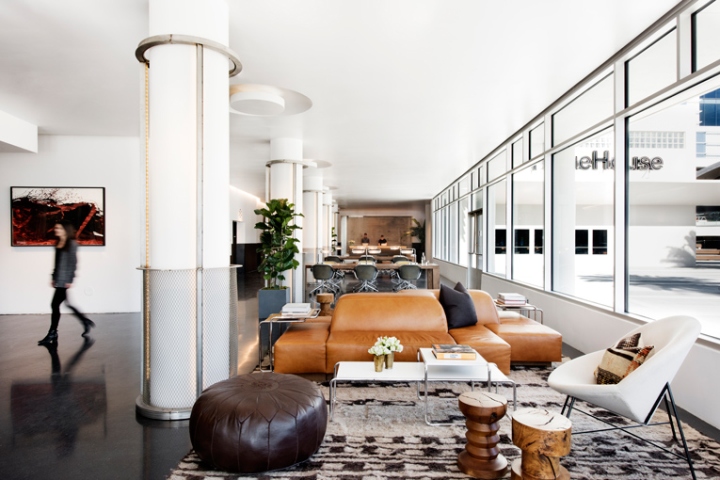 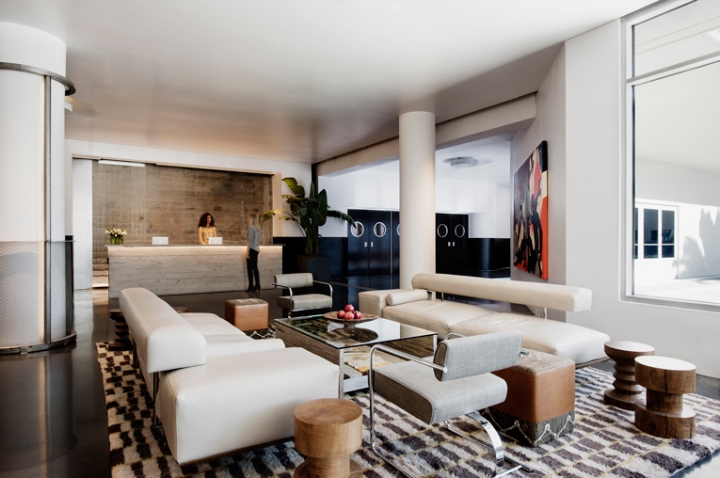 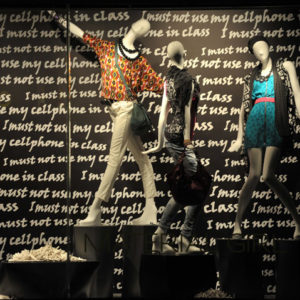 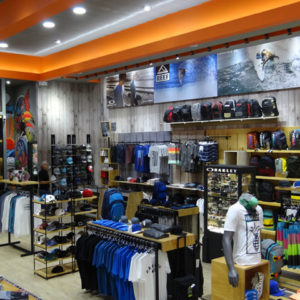 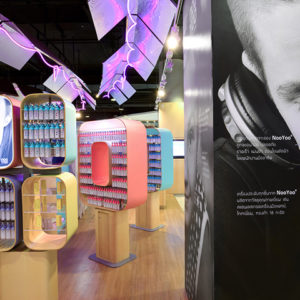 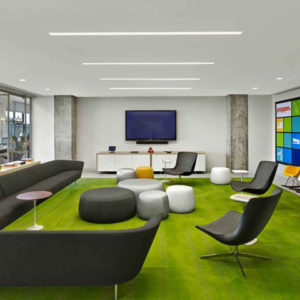