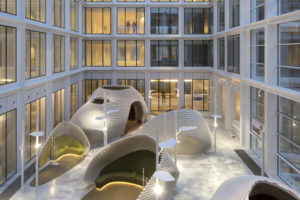 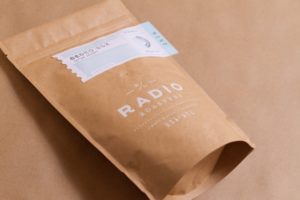 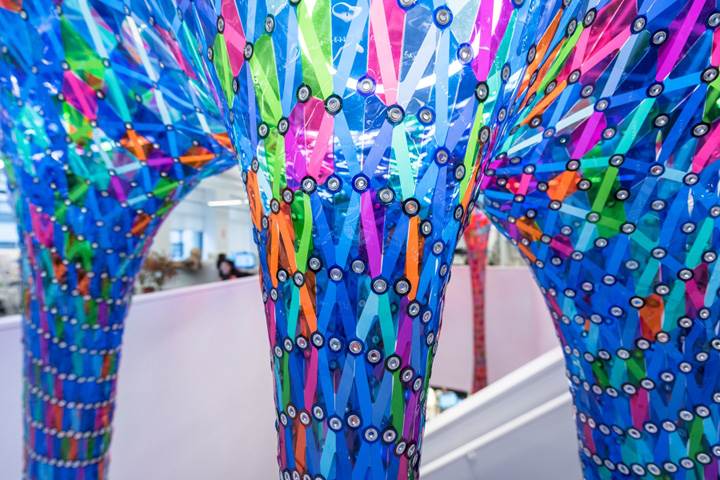 SOFTlab’s construction methods may have moved beyond the humble paper clip, but the outfit’s ability to transform spaces with a minimum of materials lives on. Asked by Bēhance to design an installation for its New York City office, the studio responded by linking the two-storey space with a sculpture visible from all corners of the workplace. The central stairwell that connects the levels was seen as the perfect spot to host the friendly parasite. ‘The design of the office is very clean, with a lot of white finishes, so we decided to create an installation that acts as a kind of three-dimensional stained-glass window, casting coloured light throughout the space,’ says SOFTlab’s Michael Szivos. The palette pulls shades from the visual identities of Bēhance and Adobe (Bēhance’s parent company). ‘We algorithmically generated a transition from red on one side of the stairwell to blue on the other,’ says Szivos, ‘and added a random mix of secondary colours to make the piece more vibrant.’ The installation – made from a laser-cut Mylar net clad in laser-cut photo gels of different colours – also acts as a frame, drawing attention to a circular luminaire at its peak and communal seating at its base. 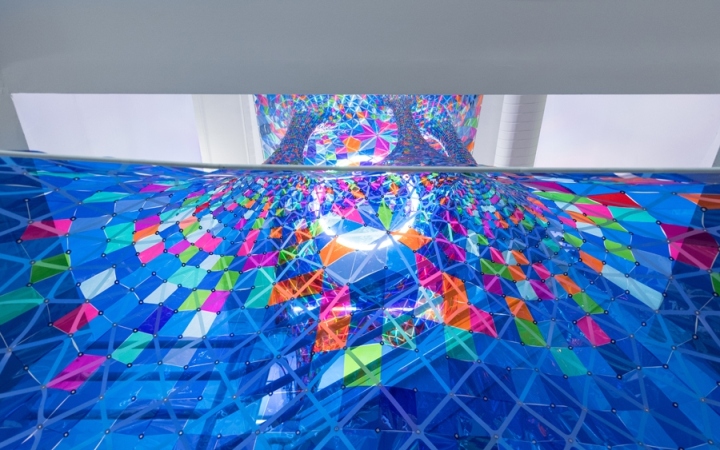 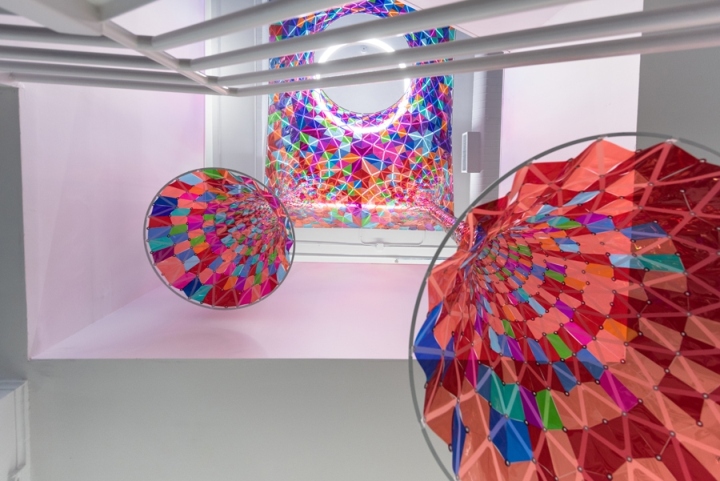 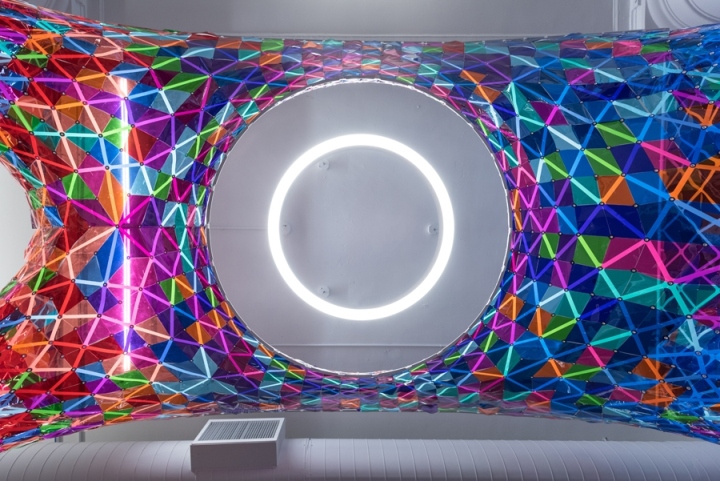 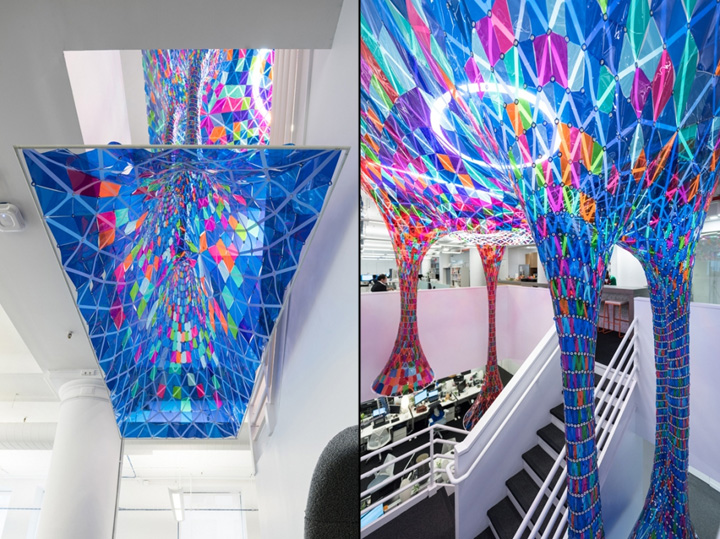 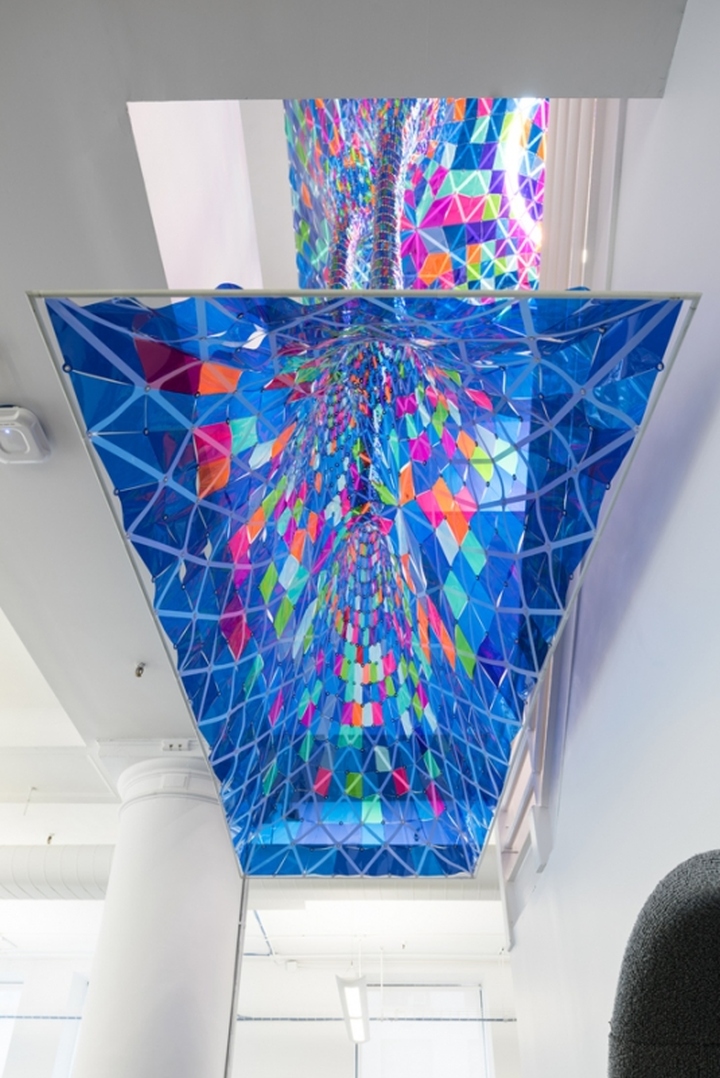 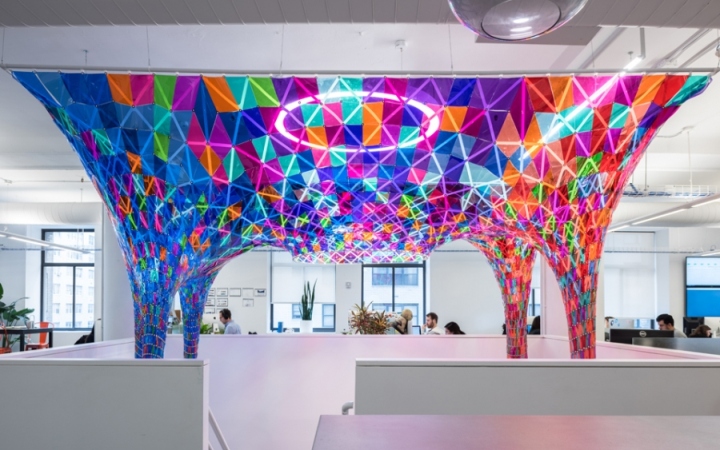 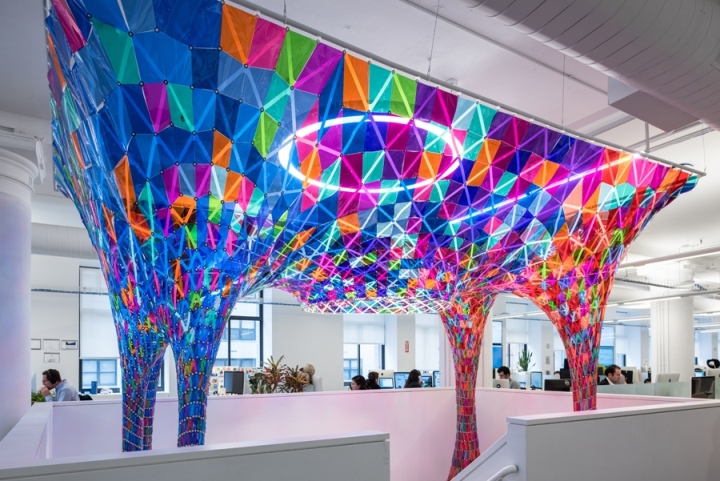 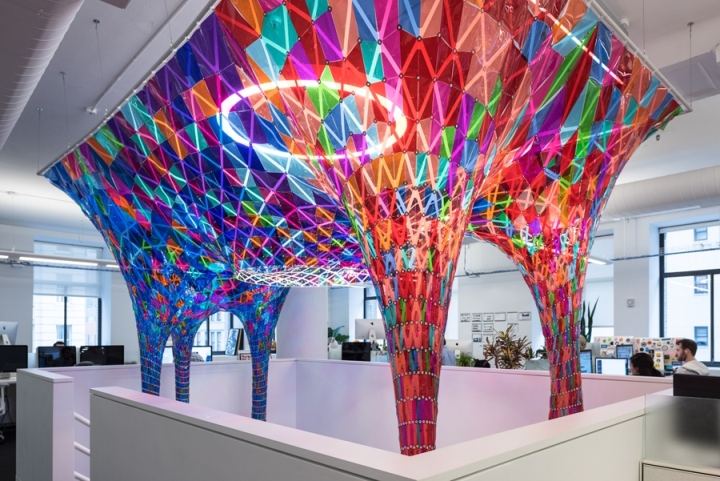 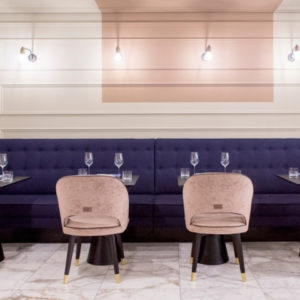 The Fritz Hotel by The Invisible Party, Düsseldorf – Germany by retail design blog 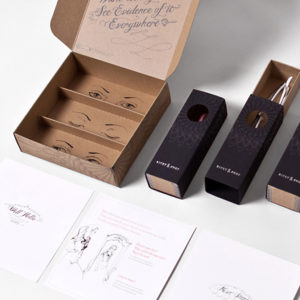 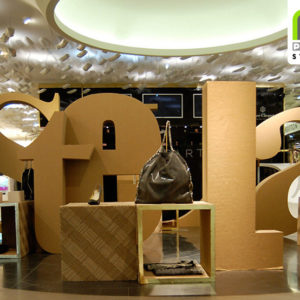 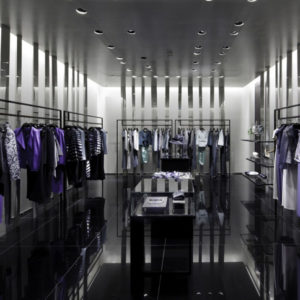