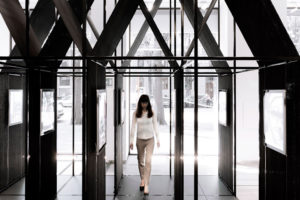 Gardeniers packaging by Estudio Versus 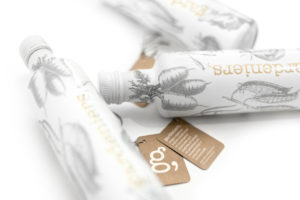 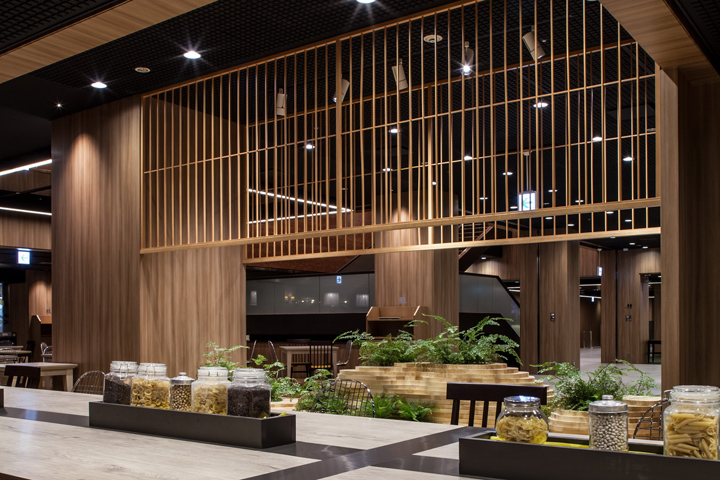 Hong Kong-based design firm CL3 Architects has completed their refurbishment for the Shinjuku Prince Hotel, an urban hotel in the heart of Tokyo’s bustling Shinjuku district. Led by renowned architect and interior designer William Lim, the award-winning team unveiled a modern update for the common areas of the hotel, including its entrance, reception and lobby, as well as its café and bar. Situated adjacent to a busy metro station, the hotel has been an integral part of Shinjuku since 1977, and is popular amongst local and business travellers. To accommodate the demands of international clientele leading up to the 2020 Tokyo Olympics, the hotel commissioned CL3 to give the public areas a complete refurbishment. The new design stays true to the hotel’s original theme of subtle elegance. Drawing on a combination of natural elements from Japanese scenery, CL3 has created an indoor Zen environment to complement the synthetic nature of the Shinjuku district which is known for attractions such as robotic waiters. The public areas have also been elevated with creative lighting schemes, matched with a refreshing colour palette. A challenging dimension to this project was that all the common areas of the Shinjuku Prince Hotel are located on the building’s basement floor. Over time, the café and retail spaces occupying the same 8,300 square foot space had also become unused and outdated. Aiming to maximise the usage of these common areas, CL3 began the renovations with a complete restructuring of the basement layout, incorporating spaces for the lobby, a casual F&B outlet and a guest lounge. Entering the basement, guests are greeted by the new 12-metre long backlit reception counter, flanked by traditional Japanese shoji screens on both sides. An LED display behind the counter shows a beautiful rolling montage of Japanese scenery, bringing in elements of nature and the four seasons. Upon entering the new café and bar, “The Station”, guests are greeted with a modern garden box inspired by the curving yet uniform raked lines of a Zen garden. More elements of Japanese design can be found throughout the dining areas, from bamboo panels suspended from the ceiling to the blue and yellow hand-painted wallpaper featuring floral silhouettes of native Japanese trout lilies. “The Station” also features a grab-and-go island pantry with a long table for large groups, while LED monitors broadcast departure information of the nearby railway station. The newly-designed guest lounge next to the check-in counters provides a calming atmosphere for guests to relax, read or have casual social gatherings. Aligning with the overall Zen design, the lounge is dressed in different shades of green, punctuated by a custom-made green carpet patterned with Japanese pine needles. The walls are designed to resemble Japan’s iconic shoji screens, which provide privacy while letting through subtle amounts of light. Having transformed its public areas into efficient spaces in an elegant contemporary setting, the Shinjuku Prince Hotel is ready to greet globally minded travellers with a warm and welcoming home away from home, at all hours of the day. 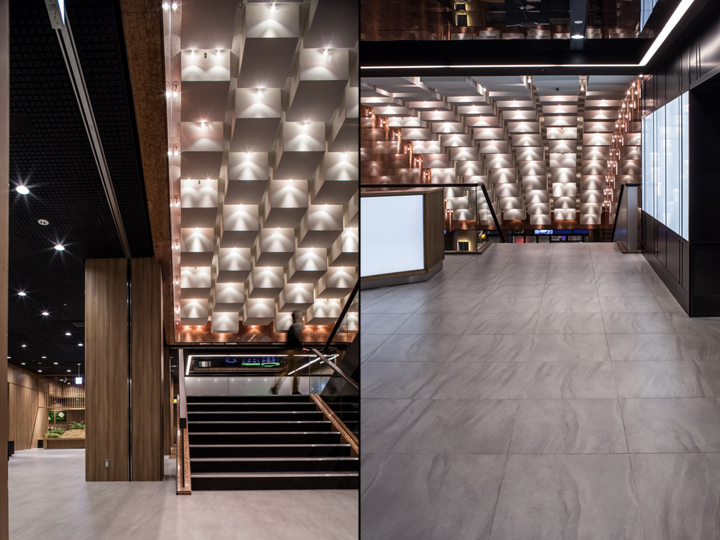 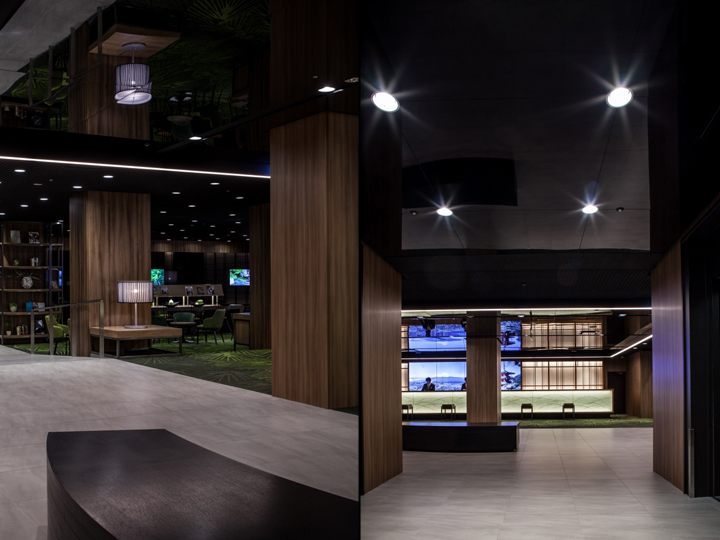 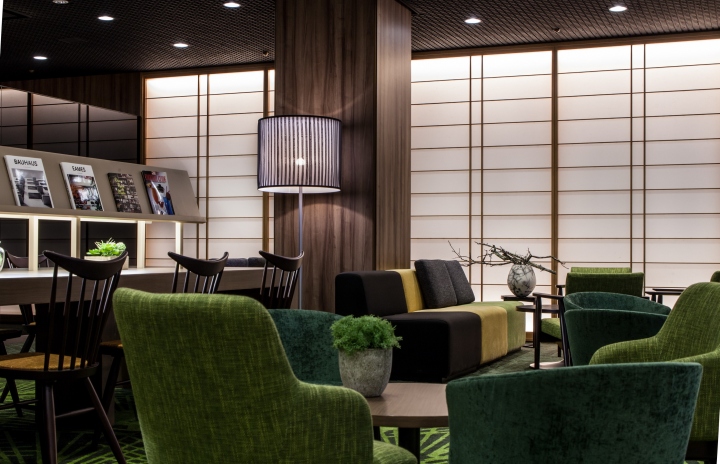 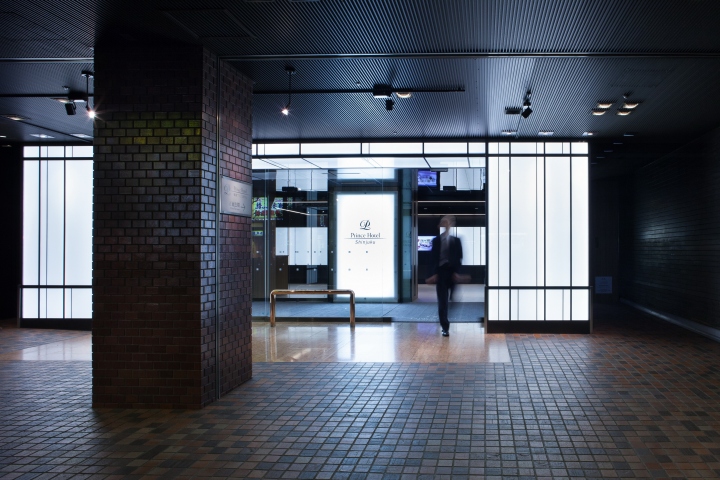 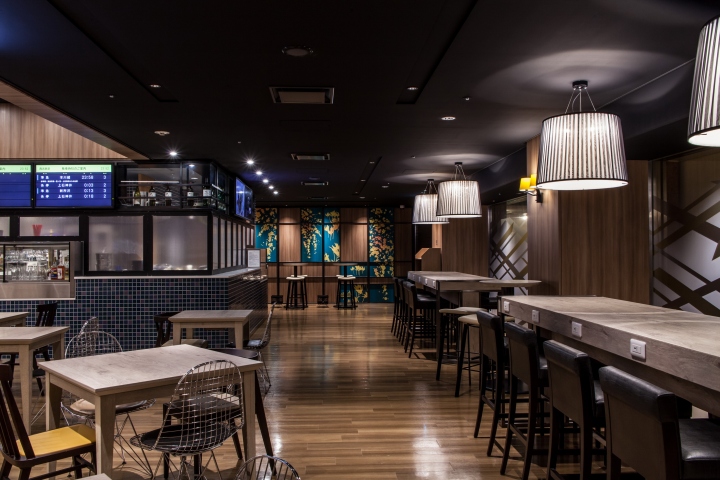 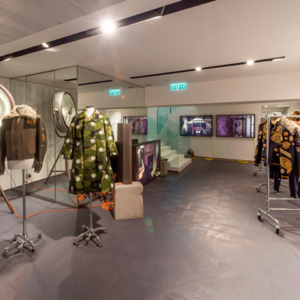 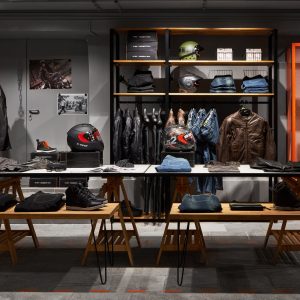 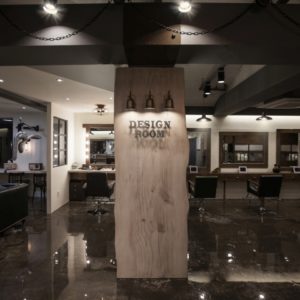 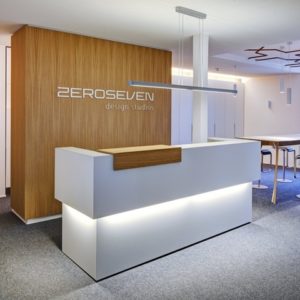