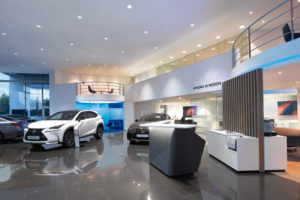 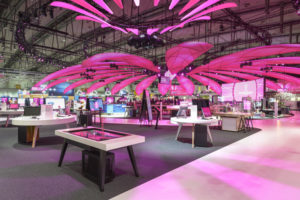 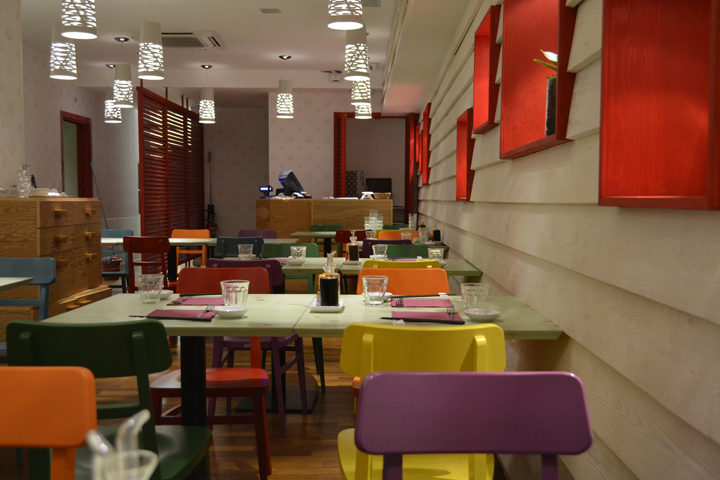 This restaurant is a branch of Jing Hua, a restaurant in Singapore that specializes in Gyoza dumplings. The first image that came to our minds when we received the request to design this restaurant were the alleys of Singapore. We flew to Singapore and visited the actual restaurant, the city, and the alleys. We decided to go with this concept. With numerous small restaurants that lined the streets, we were immersed in the steam and fragrance. It was such an appetizing sight. Our challenge was how well we could reproduce this in Milan. We could not have a kitchen that opened to the street directly, but we positioned the kitchen where it faced the sidewalk, so that the process of making Gyoza dumplings and vapor rising from the steamer and could be observed through the glass. The cashier beside the entrance has glass windows that open toward the street, so that freshly made Gyoza could be sold directly. Due to layout needs, we could not create many seats on the ground floor, so we made counter seats along the kitchen glass, and set up most of the seats on the B1 floor. On the interior wall, overlapping wooden boards of rough texture are placed, creating an ambience of an alley. The wall penetrates the ground floor and the B1 floor, giving a unified sense in the design. For the kitchen wall, the pattern used in the restaurant in Singapore is given a faded effect and printed, conveying the image of the wall of a bustling alley. The B1 floor does not have a window, so we created window forms in order to reduce the sense of being underground. We also painted the tables with a faded finish, and placed chairs of various colors, to render a lively atmosphere. Currently, it is so successful that there are even queues, and it appears just like the image we had of the alleys in Singapore. 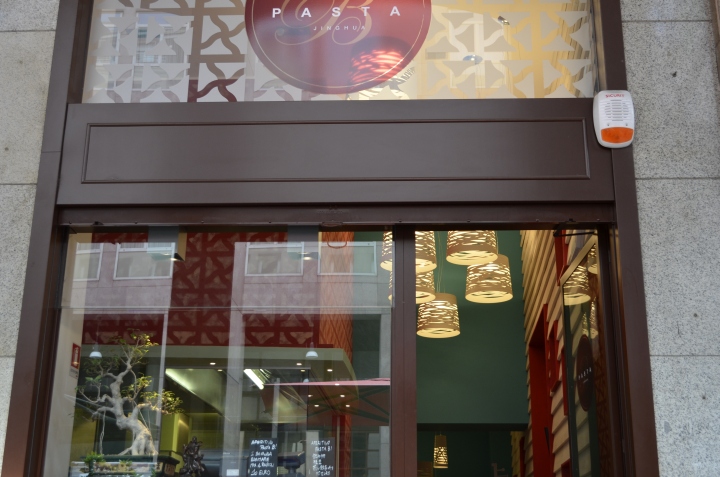 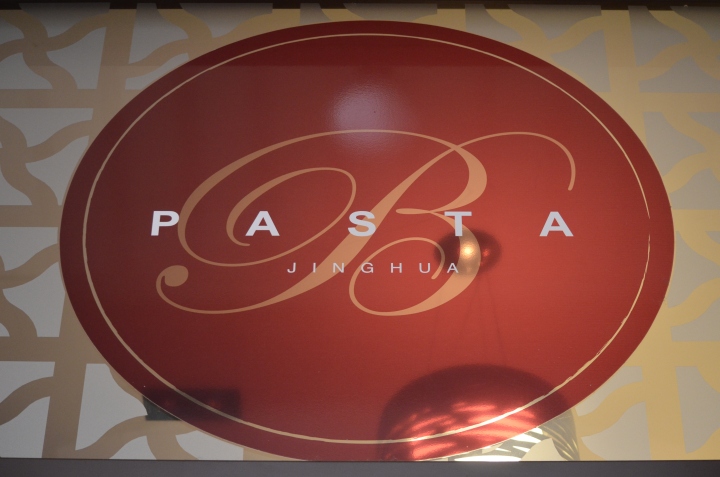 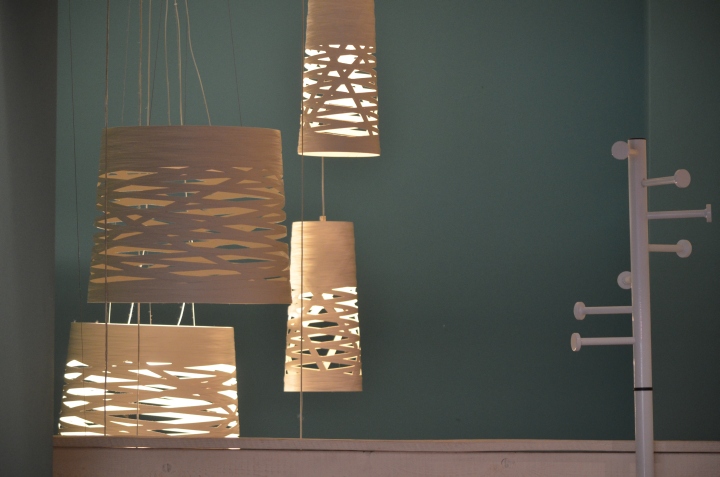 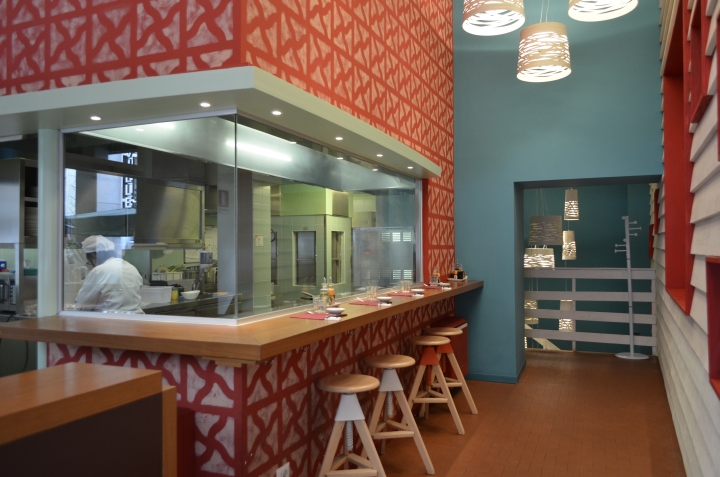 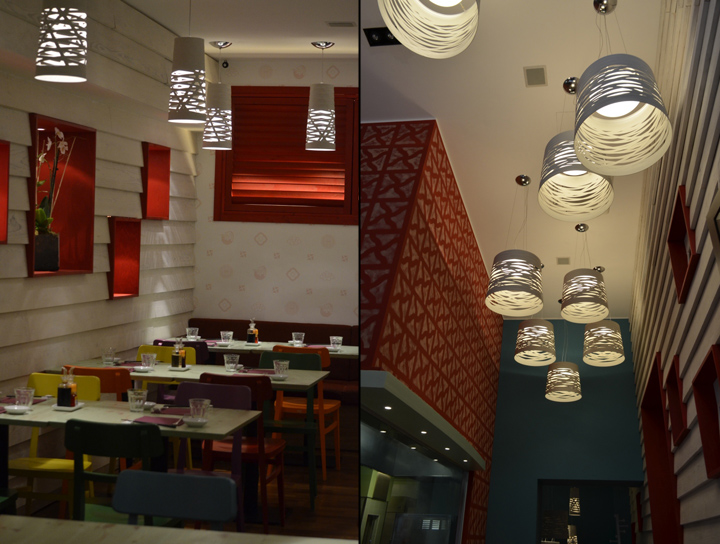 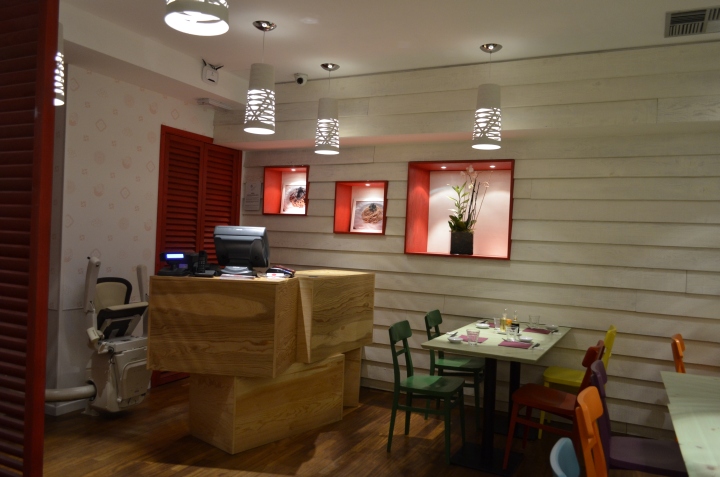 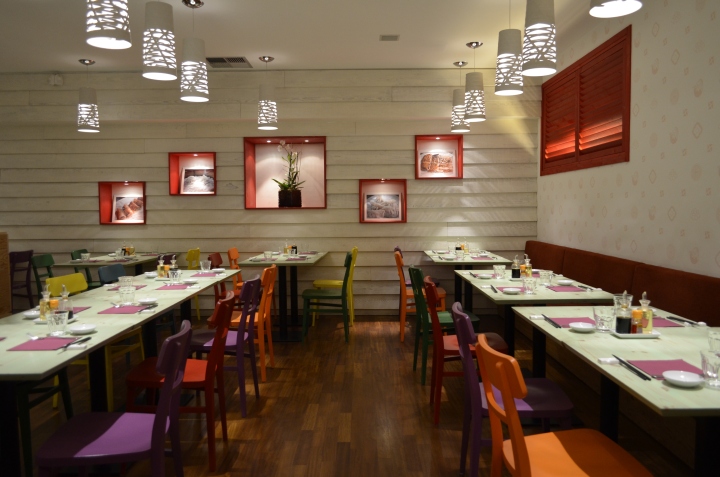 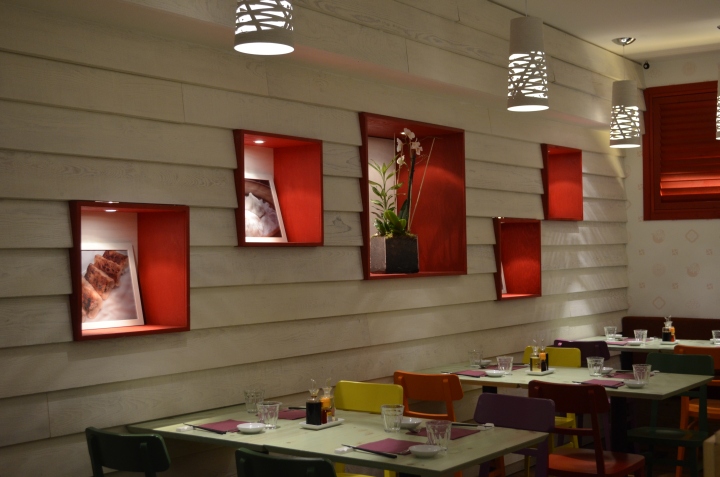 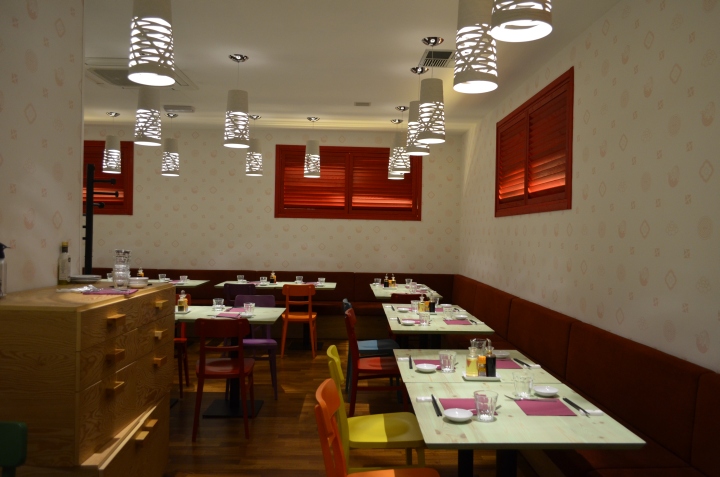 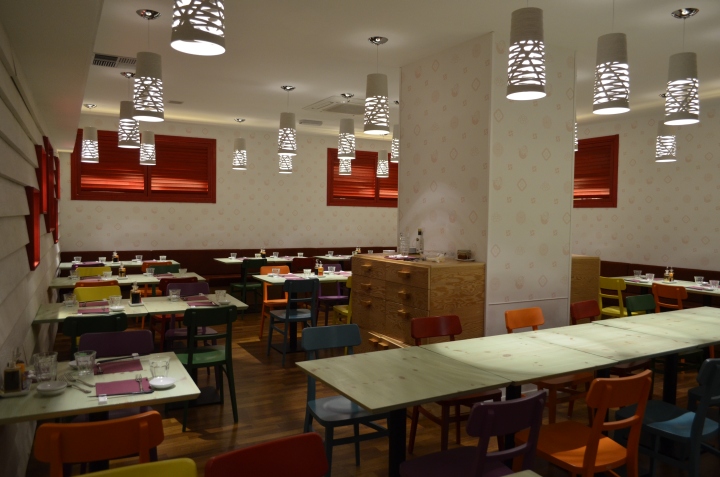 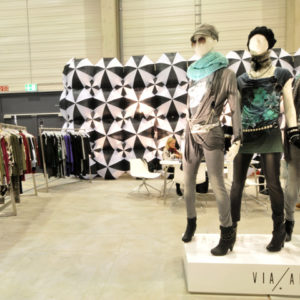 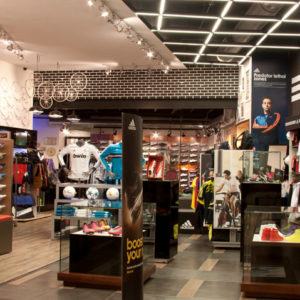 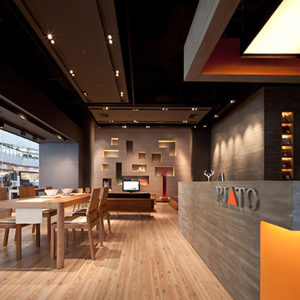 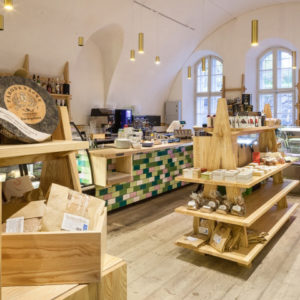