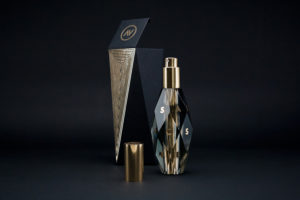 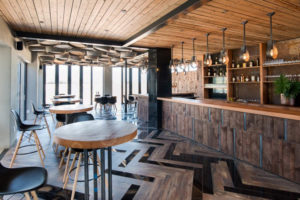 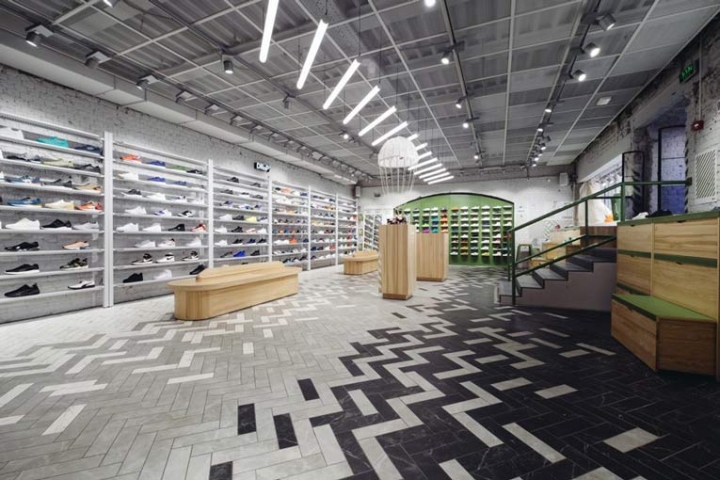 Things are looking up for Moscow’s savvy sneaker-obsessed demographic as yet another dedicated store opens with a wide range of cool options. Aptly called Drop, it’s a new venture of A3 Retail Group, a company which already operates a handful of sneaker emporiums across the Russian capital. Contrary to the majority of the other stores, Drop is a multibrand retail concept, but one with a strong lifestyle edge, and it isn’t surprising that it has been allocated a prominent location in the heart of Tverskaya, arguably the city’s most coveted shopping zone. Following a previous collab, the russian retailer once again enlisted London-based creative agency Rosie Lee to create a brand identity and a matching store interior that appeals to a young and in-the-know audience. The retail space is situated in the basement of a large historic building with a stuccoed façade, but has direct street access and features large windows that allow in floods of daylight. A small staircase leads down into the store, flanked on either side by a trapezoid wooden display system that runs along the length of the façade. Fusing old and new, the setting incorporates the original brick walls, albeit dipped in a white hue, and paired with a gradient white to black tiled flooring, and a ceiling superimposed by a industrial-looking metal grid. Furnishings comprises of timber displays and sales counter that add a warm element to the retail setting, in addition to shelving systems that cover most walls. The new Drop store carries both men’s and women’s sneakers by a variety of leading brands, such as Nike, Adidas Originals, Asics, Puma and Vans, in addition to a selection of Eastpak bags and apparel items by The North Face. 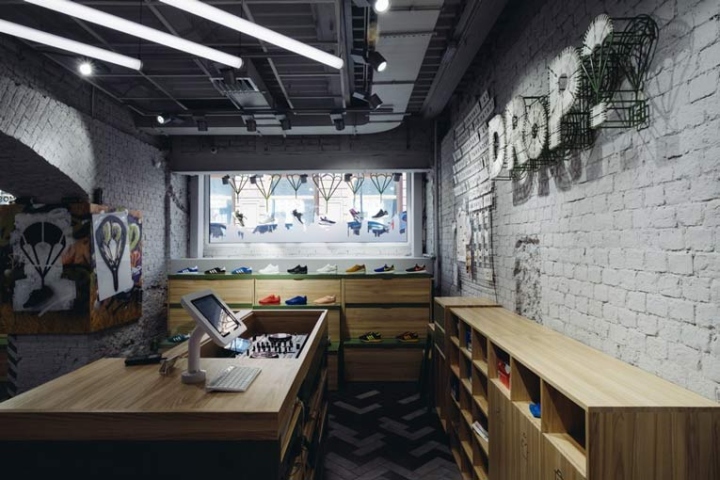 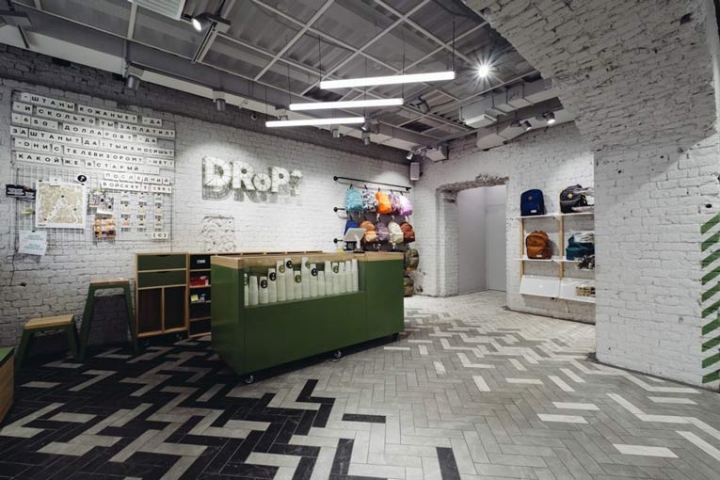 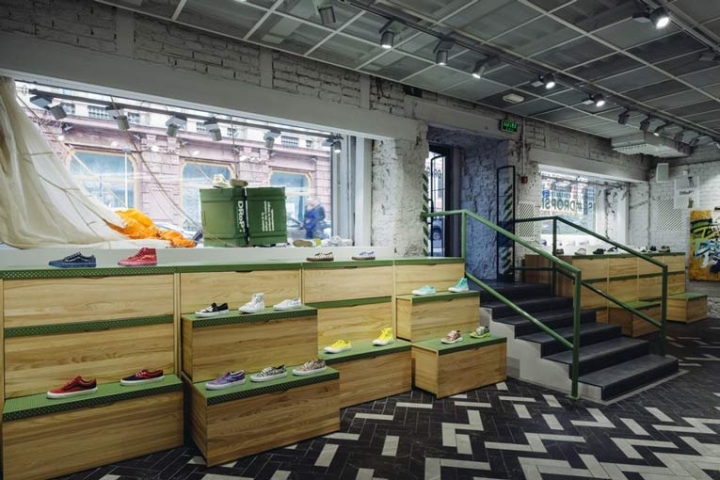 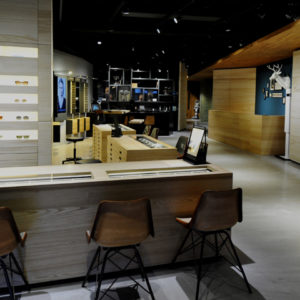 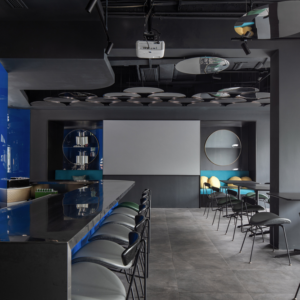 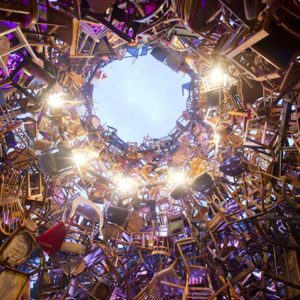 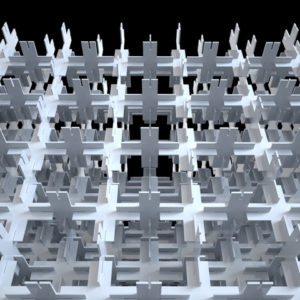