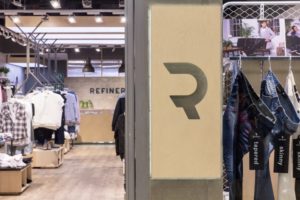 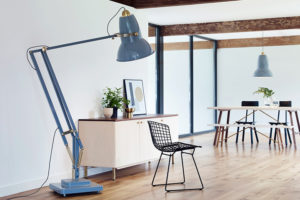 Continuing their collaboration with Ted’s Grooming Rooms, FormRoom were invited to work alongside Ted Baker’s team for this unique flagship Grooming Room. Offering a cutting edge service, this Grooming Room offers gents the red carpet treatment in an urban aesthetic with historic ties. The site specific theme is based on the Lancaster Place building being a stone’s throw away from the original home of the BBC and is inspired by the dapper dandies of television’s golden era. FormRoom produced a series of bespoke installations and sourced vintage items to style the slick Grooming Room interior. Above the coffee bar, Formroom created a starburst light feature that harks back to the bygone headquarters of the television powerhouse, with a contemporary twist. This show stopping installation is made out of a mix of sourced television aerials and antenna with red neon lighting. Collaborating with the lead architect, FormRoom helped to produce a feature wall that set the tone of this Grooming Room’s specific, urban aesthetic. The exposed brick wall is clad in blackened steel with cut out displays for bespoke installations. Inspired by the silver screen, FormRoom created sculpture made out of radio equipment, a vintage television displaying white noise and a miniature television containing a set model of the Lancaster Place Grooming Room. 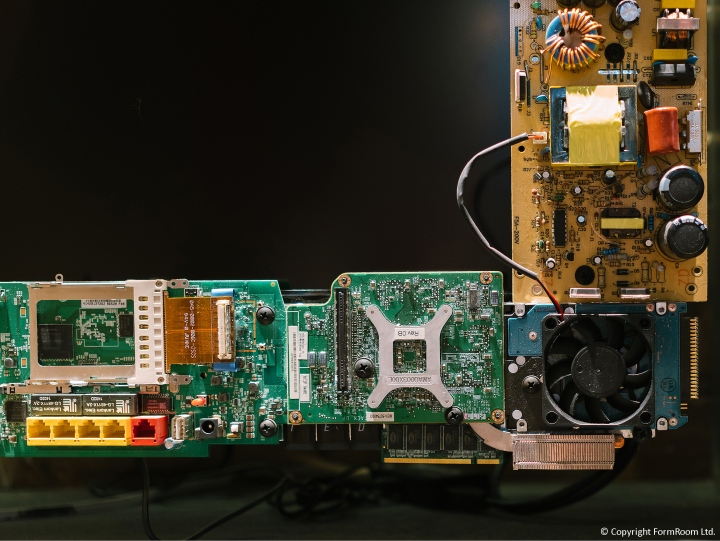 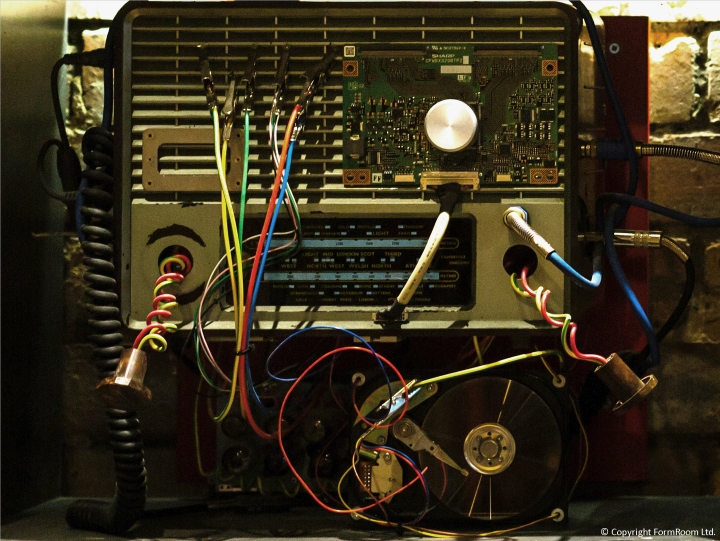 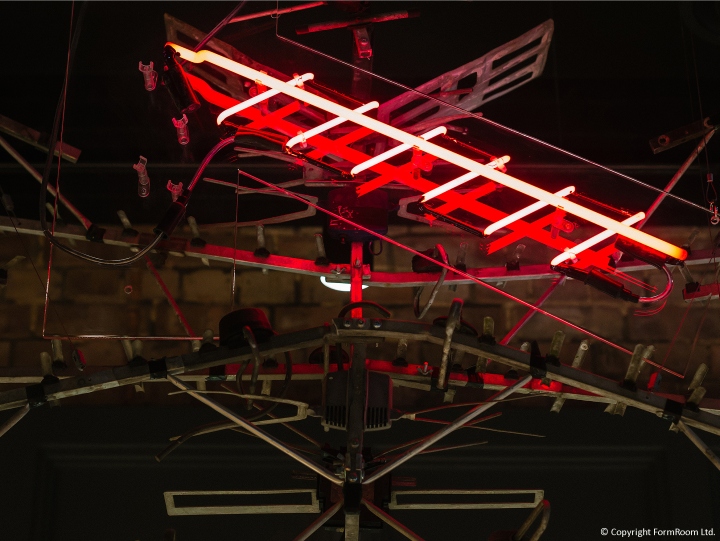 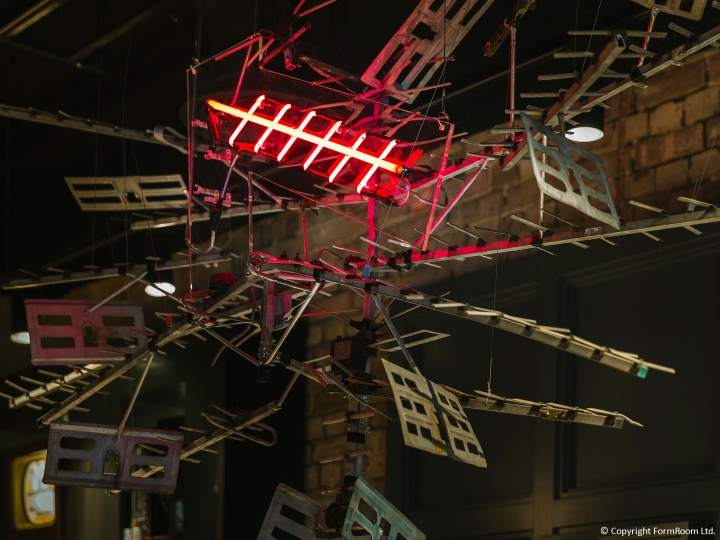 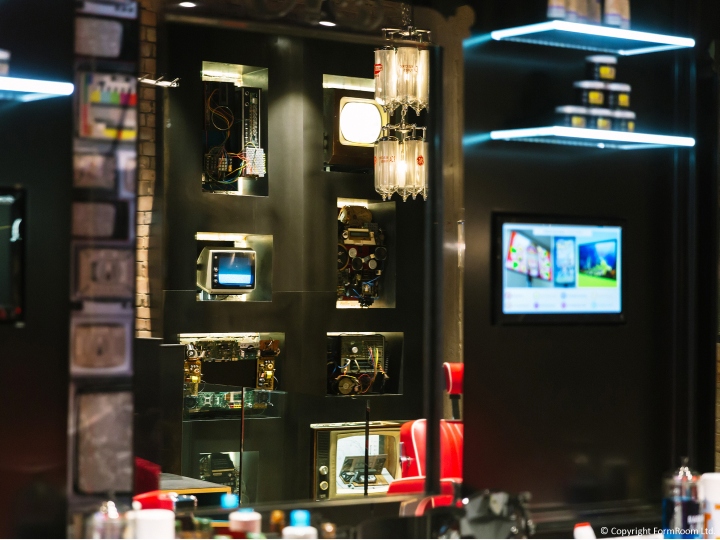 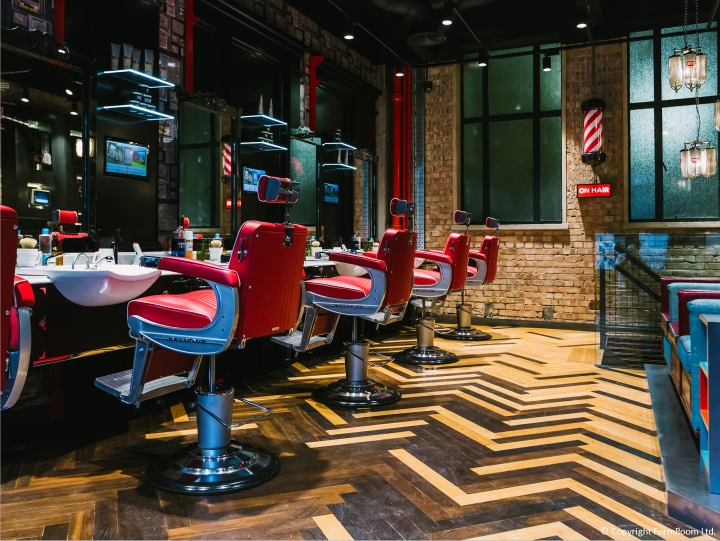 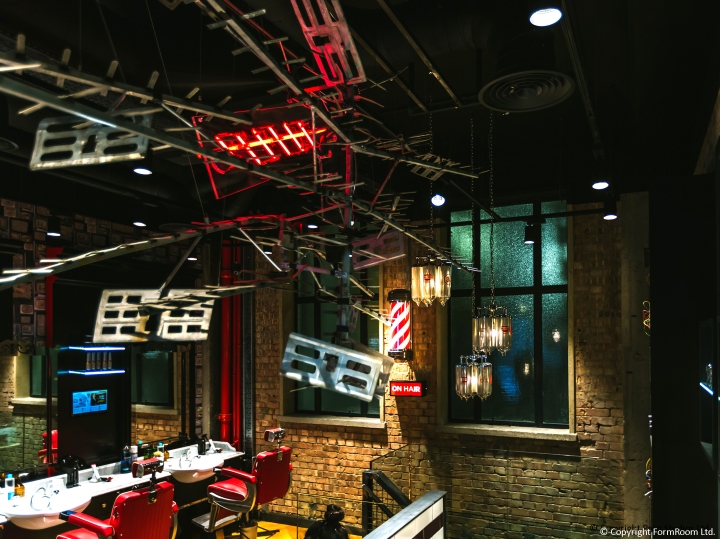