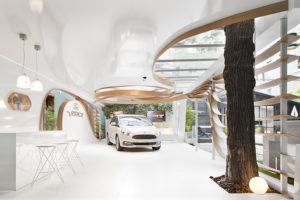 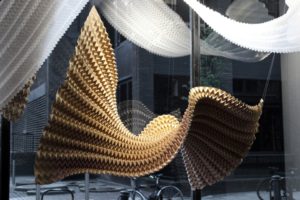 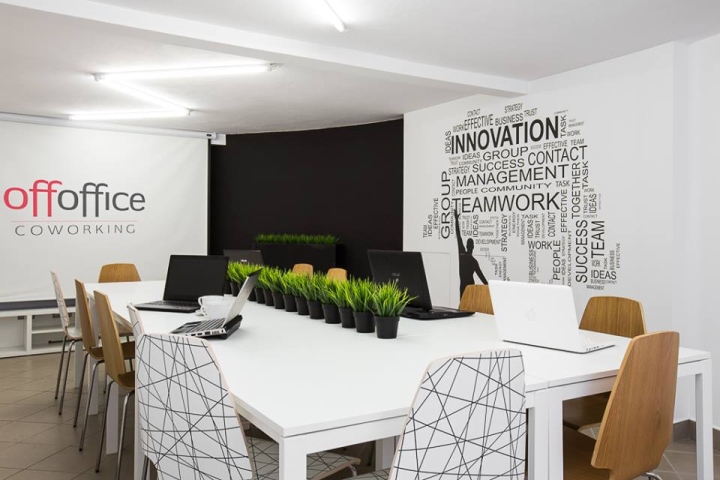 Offoffice is a modern co-working space, recently launched at ul. Bydgoska 6 in Krakow. The project was carried out by Orange Studio – a venture formed by an architect duo: Michał Siwek and Marlena Koczaj-Siwek. The office is inspired by an urban style – the building is located in the center of Krakow, in the immediate vicinity of a park and the University of Science and Technology (AGH) campus. The office houses two conference halls, a room for meetings with clients, a separate mini-office, work desks in the common area, as well as sound-proof cabins reminiscent of phone booths, designed specifically for clients relying on frequent phone calls in their work. ‘The basement houses a common recreation area, in the likeness of Krakow’s Old Town, where most pubs are located underground,’ Marlena Koczaj-Siwek explains. ‘The basement interior is my favorite place – with its dark walls, fluorescent lighting, grass on the walls, and a wall mural featuring a graffiti motif constituting a perfect reference to the walls in the AGH campus area,’ the architect adds. The oval form of the Offoffice edifice is a rarity, and this is why this form is always visually attractive. ‘Despite its age, the building still looks interesting on the outside, yet we found that the interiors, substantially departing from office architecture, required a thorough refurbishment in terms of utilities and furnishing,’ says Marlena Koczaj-Siwek. ‘However, the fact that the room walls are designed as curves was not the only challenge, another one came as a lot of glazing. Skillfully planning an appropriate number of work stations in the case of an oval space is also a lot more difficult than in rectangular halls,’ the designer emphasizes. The office does not dazzle with a broad palette of colors, yet those which feature, i.e. whites, blacks, greens, and energetic reds, do so prominently. ‘This is precisely what we wanted – an energetic and positive impression, mobilizing people to work. By the way, the color scheme was inspired by the armchairs which not only attract attention, but are extremely comfortable as well,’ Maria Wisłocka from Offoffice explains. ‘We presented an extended moodboard to the investors, demonstrating the functional layout, color theme, and basic material characteristic of the interior. The idea was accepted straight away and, after but a few changes to the functional layout, the majority of the proposed solutions was implemented. We didn’t apply interior design psychology … and perhaps we did, knowing nothing about it,’ Marlena Koczaj-Siwek says.
The modern project is supplemented with wall decorations from PIXERS’ offer. ‘We like their color schemes and the fact that they enrich spaces with new ideas. We believe that they inspire and trigger creativity while simultaneously being a perfect match to our vision of a co-working office,’ Offoffice’s Maria Wisłocka sums it up. ‘When we first met Marlena and Michał while working on the Offoffice project, I was sure that the outcome will be an original interior,’ says Maciej Kalita, Area Sales Manager at PIXERStudio. ‘The combination of prints and pictures they prepared for each of the rooms was very bold and, frankly speaking, at the beginning I was afraid whether it was all going to go together well. However, already the first visualization showed that we were dealing with a very vivid and flamboyant vision which is entirely consistent at the same time. Photographs taken after the project was completed prove that the idea of an attractive office inspiring creative work has been fully achieved,’ adds Maciej Kalita. ‘If it is a painting on canvas, a wall paper, or a sticker (all on a variety of media – foil, paper, vinyl, canvas, etc.), the PIXERS’ offer provides extensive possibilities to find something matching an interior. Besides, if we are not entirely convinced with a given motive, color scheme, or scale, options offered by PIXERStudio also include services of professional graphic artists who can adapt the design. This was the case, for example, in the big conference hall, where we requested the lengthening of one of the motives to create a better wall composition,’ explains Marlena Koczaj-Siwek.
The office is open from 9 am to 9 pm, from Monday to Saturday. It offers its users 34 individual work stations, two conference halls, a separate mini-office, phone booths, as well as virtual office services. Additionally, Offoffice clients have access to a kitchen and a recreation area. 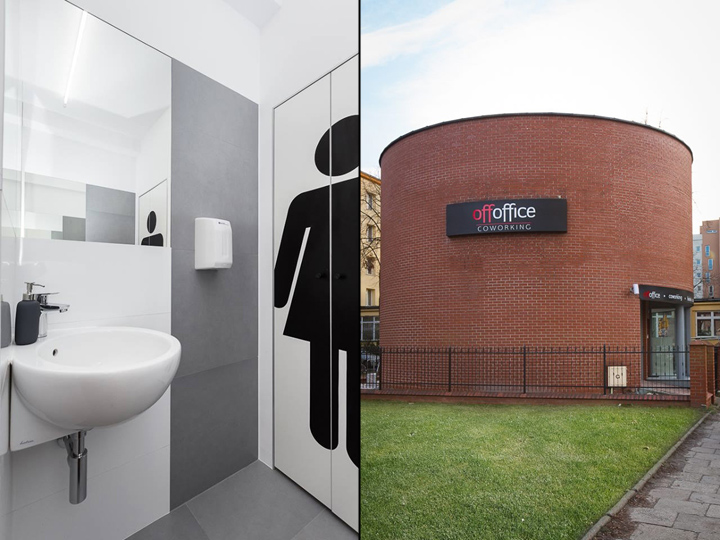 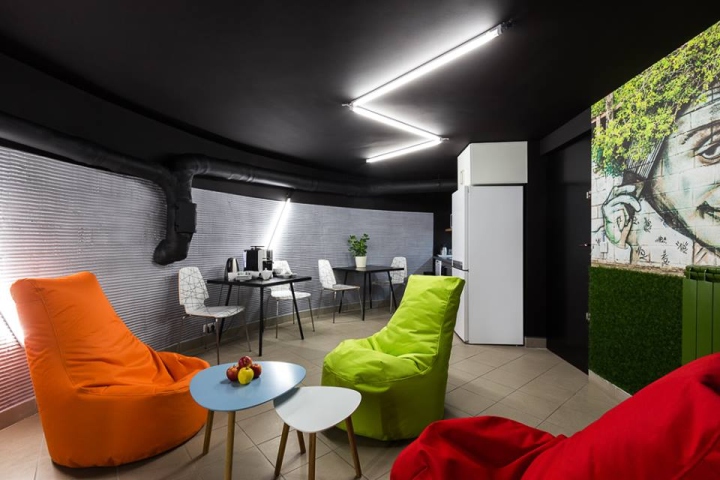 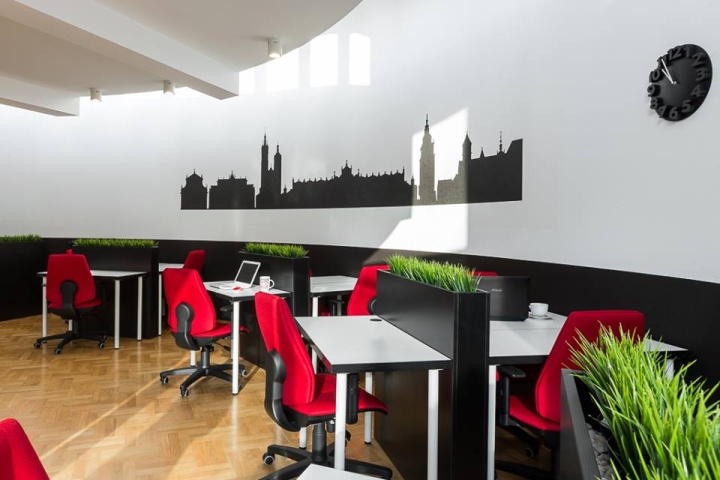 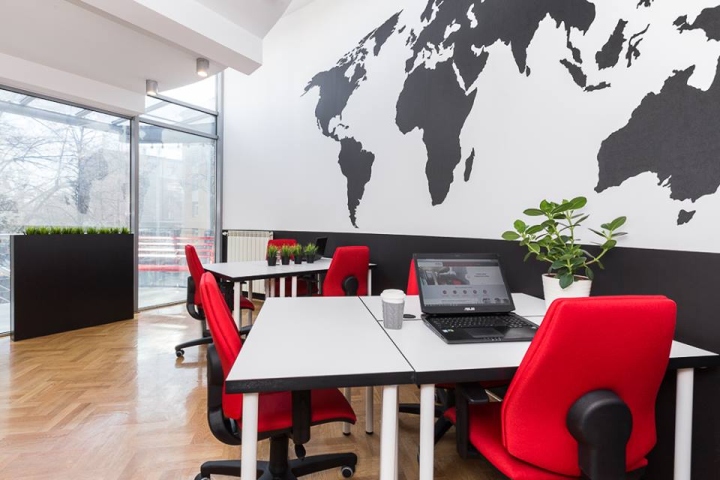 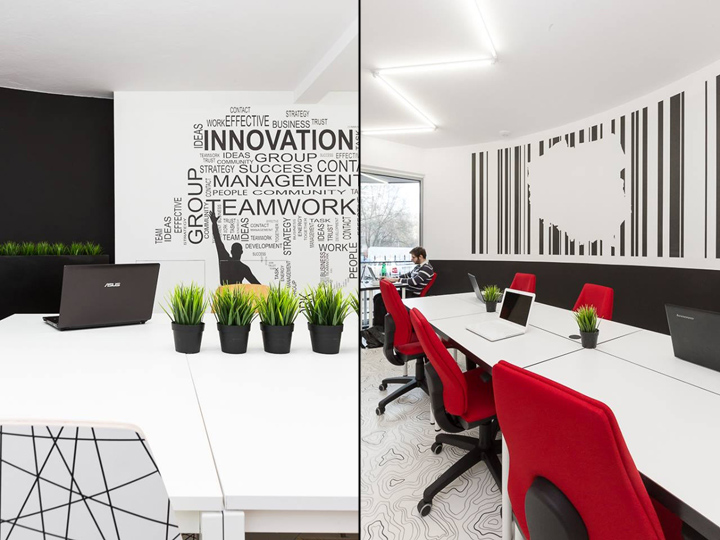 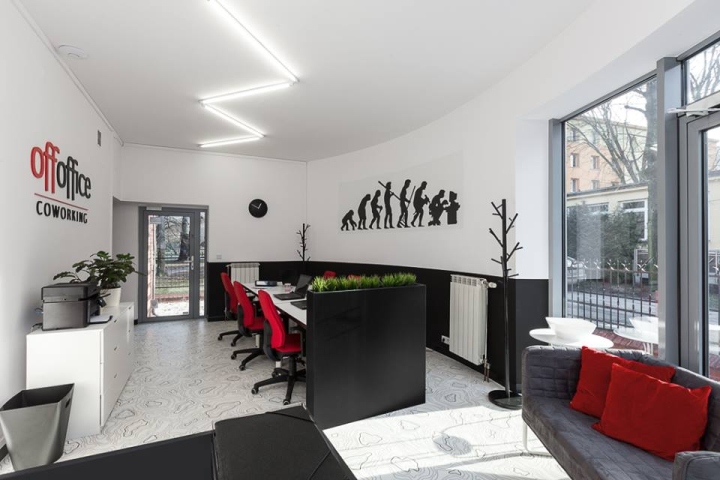 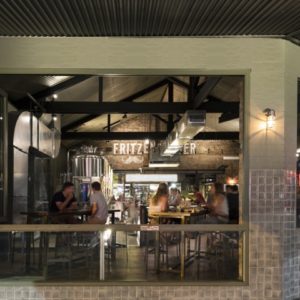 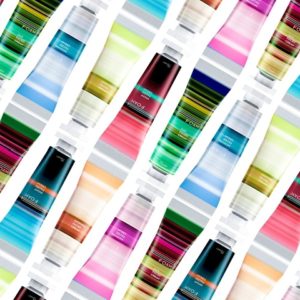 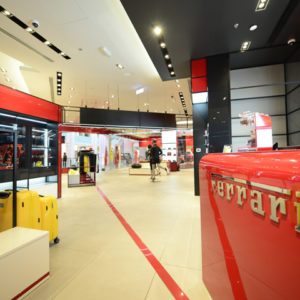 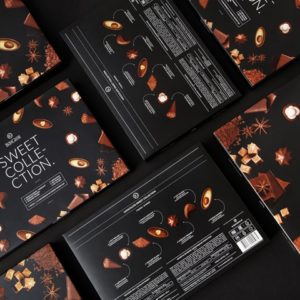