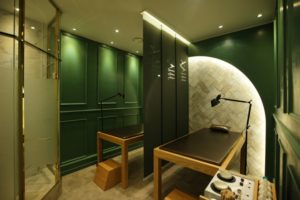 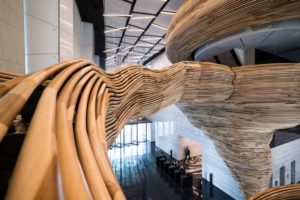 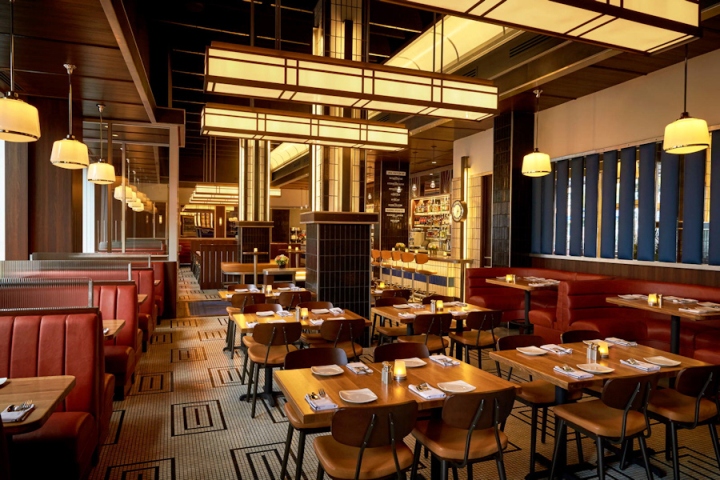 Silver, a new Art Deco-inspired American brasserie located near Washington D.C., was designed by architecture/design firm CORE and developed by the co-founders of Silver Diner. Silver merges the DNA of an egalitarian diner with the refinement and energy of an Art Deco brasserie to create a unique modern dining experience for active, sophisticated urban dwellers. Located a new development in Bethesda, Maryland (The Flats at 7150 Woodmont Avenue), Silver’s prominent storefront exposure and grand illuminated signage make it a new beacon at the gateway of Bethesda Row. After trips with the Silver team to DC’s bustling 14th Street corridor and New York’s brasserie’s and bars, the CORE team was inspired by 1920s Art Deco design – combined with the best functional elements of a diner – to make Silver an elegant, energetic addition to Bethesda’s restaurant scene. Silver blends the best of a brasserie and a diner to create a modern, engaging dining experience. Its dramatic lighting draws the eye of street-goers and adds to the iconic, alluring glow of Silver’s prominent storefront. Silver’s layout, influenced by a traditional diner, has a central entrance, long, narrow shape, and the dining counter and kitchen front and center. Patrons will see Silver’s dining counter — which becomes the bar later in the day – as soon as they enter. The bar’s energy and activity will instantly greet late-night guests. The bar and back-bar design were inspired by the exterior windows of a Pullman car, as well as the details of a traditional diner kitchen and lunch counter. The prominent hand-glazed brick wall tile, found in Deco-era train stations, adds character and visual texture to the dining room. African Sapele wood, a modern interpretation of the mahogany popular in the 1920s, adds warmth. The floor pattern is rich hand-glazed blue, silver, cream and black mosaic tile in a rectangular Art Deco motif that showcases the three bars in Silver’s logo. Much of the metal finishes have a zinc-like patina, rather than a high shine stainless seen in 1950s diners, and are detailed with rounded corners and countersunk rivets made popular by industrial designer Raymond Loewy. Large tiled columns, adorned with back-lit metal fabrications, anchor the north and south portions of the dining room. The Art Deco columns, with their soaring height and back-lit skyscraper forms, as well as the large cast-metal and resin Art Deco starburst motif on the wall at the end of the dining room, were CORE’s favorite design elements since both elements add such rich, dynamic texture. CORE also enjoyed scaling large Deco-building design features into the small human-scale metalwork details on Silver’s booths and millwork pieces. The seating plan relies heavily on booths – like a diner – to create a cozy, comfortable feel where customers can have an intimate meal, and still be part of the open brasserie-like space. Having the booths aligned along the window gives Silver a warm, alluring street presence and alludes to the window views from a Pullman train car. The Pullman-inspired proscenium helps to bring the iconic language of the exterior signage inside, while allowing the entire large glass storefront to act like a ‘Nighthawks’ style beacon in the night. Long banquettes and high ceilings give the feel of a traditional brasserie, while wood-paneled soffits and low walls with reeded-glass panels divide it into smaller, more intimate spaces reminiscent of historic diners. 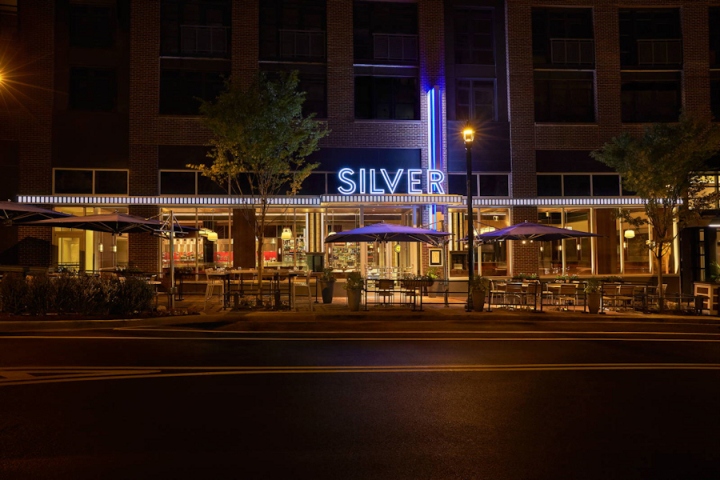 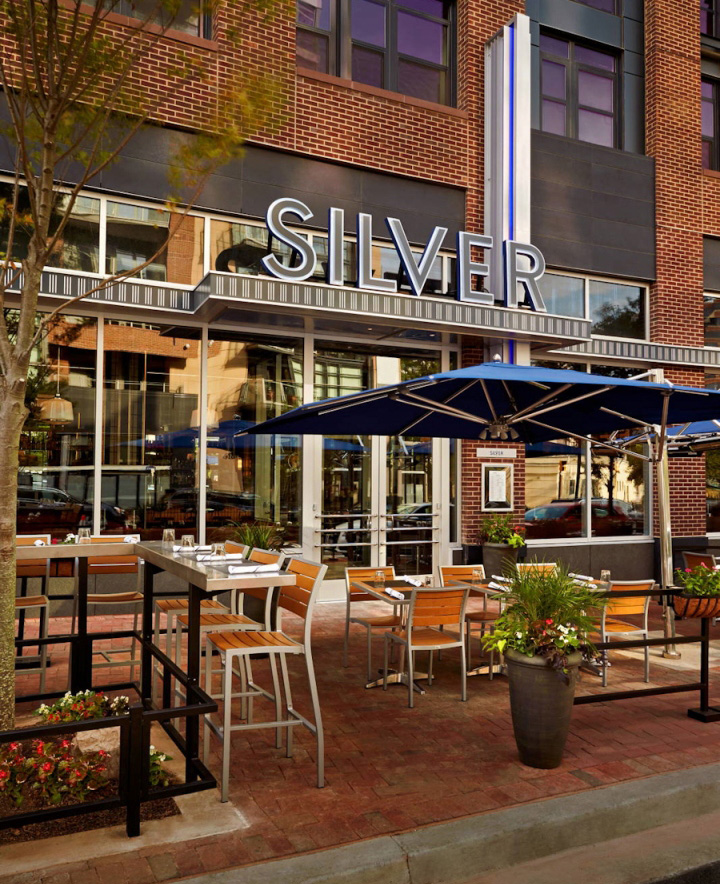 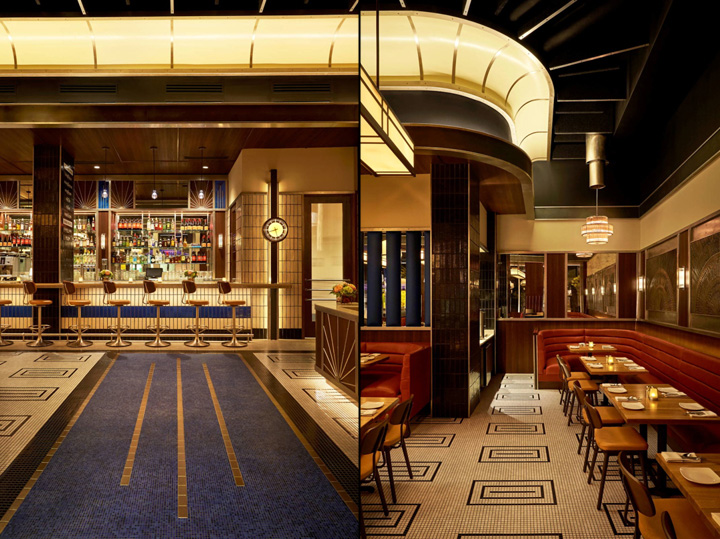 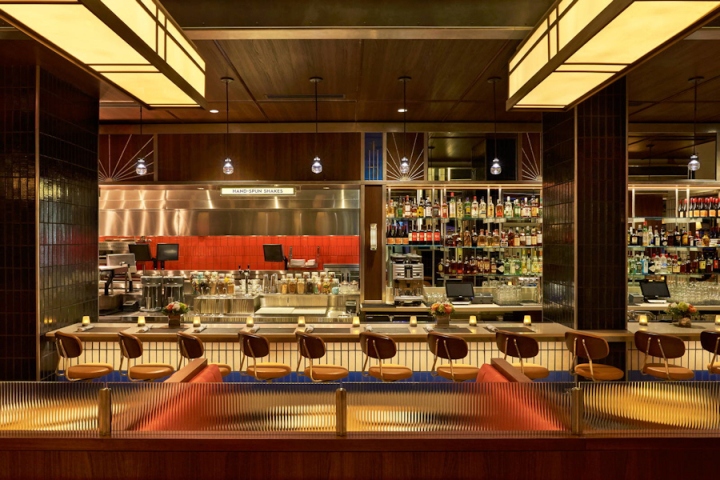 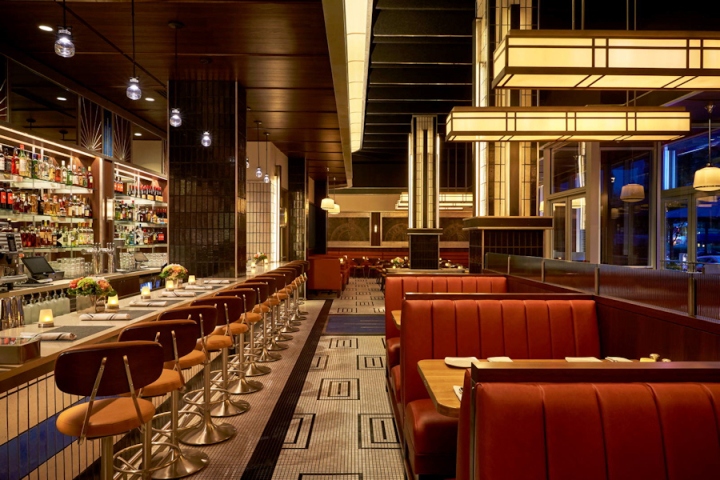 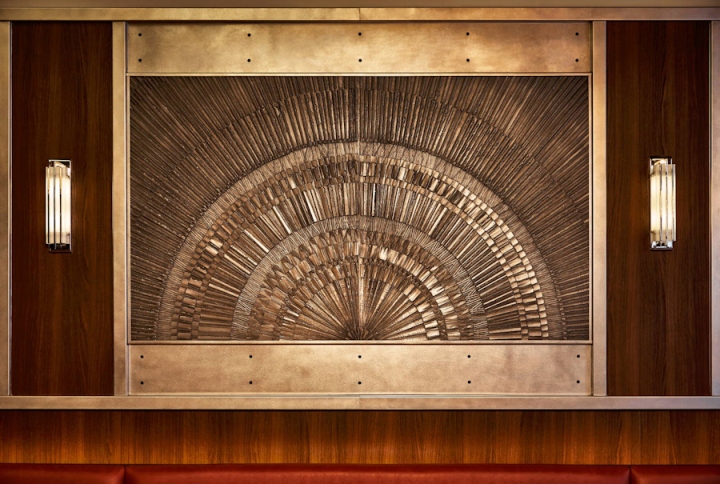 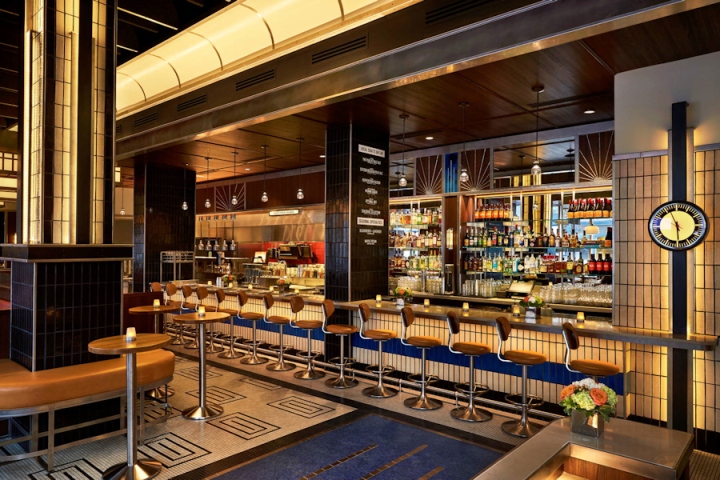 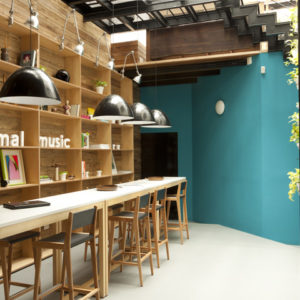 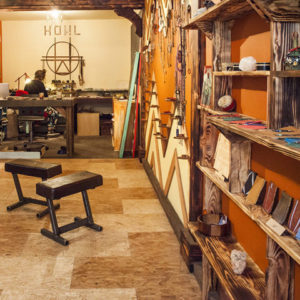 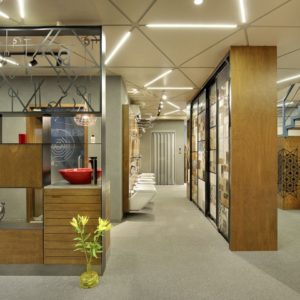 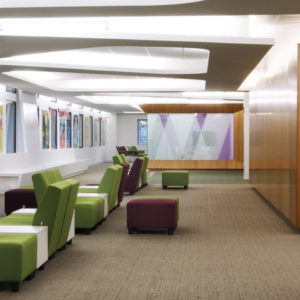