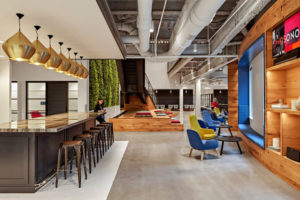 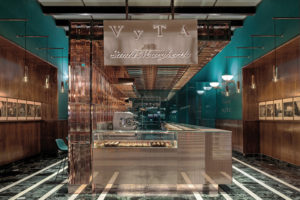 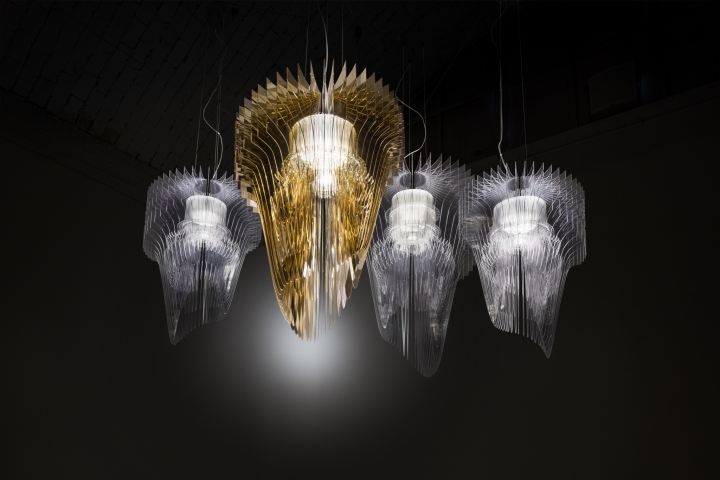 “Zaha found a perfect alchemy using the company’s polycarbonate, Lentiflex® and Cristalflex® materials, and the result was a fluid, dynamic lighting collection that has impalpable weightlessness and the elegance of plissé”. The Moodboarders Magazine editor in chief, Cristina Morozzi, used these words to encapsulate the empathetic and profound relationship that united Slamp and Zaha Hadid, along with her team, since 2013. The relationship began with Aria and Avia, her first lighting collections, that came to illuminate some of the most famous international museums (Dongdaemun a Seoul, Tokyo Opera House, Dac di Copenhagen). These installations led to the creation of two other collections. The first, Aria Transparent, was unveiled during Euroluce 2015, and the last, Aria Gold, was released during this past Salone del Mobile, only weeks after her untimely passing. Morozzi continues, noting that, “Zaha was inspired by her own architectural works, and without replicating them, created decorative suspensions that avoided traditional archetypes, opting for the placement of layers that followed rigorous mathematical design”. Aria Gold is the most recent addition to the family, and is made of 50 metalized polycarbonate layers, which radiate around a central LED source. Each of the chandelier’s 50 “arms” is different from the others, requiring that each piece is almost entirely constructed by hand. In a recent interview with Lancia Trend Vision, Slamp’s Creative Director, Luca Mazza, explained how Hadid, an internationally renowned architectural star, merged her aesthetics with Slamp’s founding value: accessibility. “In the beginning, Zaha wanted to create an opulent, sculptural object reaching a diameter of 2.5 meters. We had never even considered dimensions of this kind. As we discussed it together, she immediately realized the essence of the brand, and reduced the lamp’s proportions without compromising her design identity. She sat next to me and with four masterstrokes, sketched Aria. Then she looked at me and said, ‘Now it is your turn. Who better to illuminate an object than a lighting design company?’. She encouraged me to, ‘Make a suggestion!’. I was honoured.” 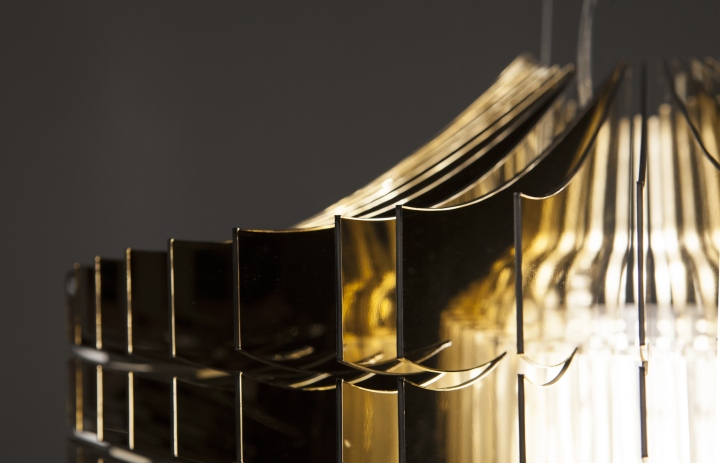 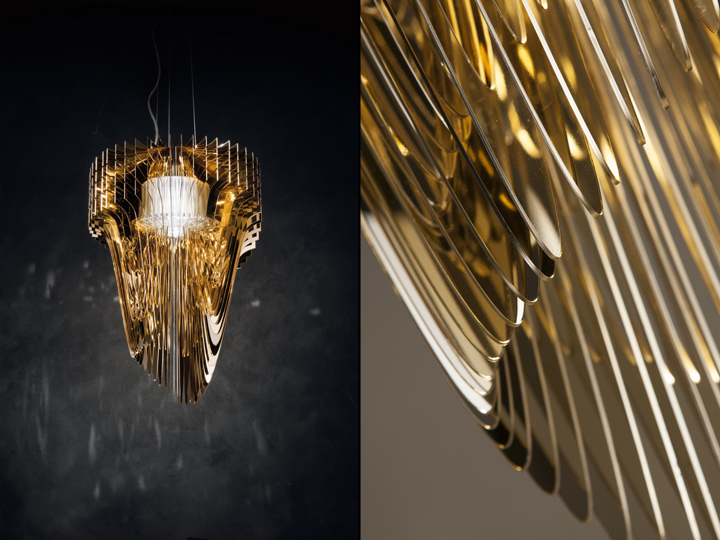 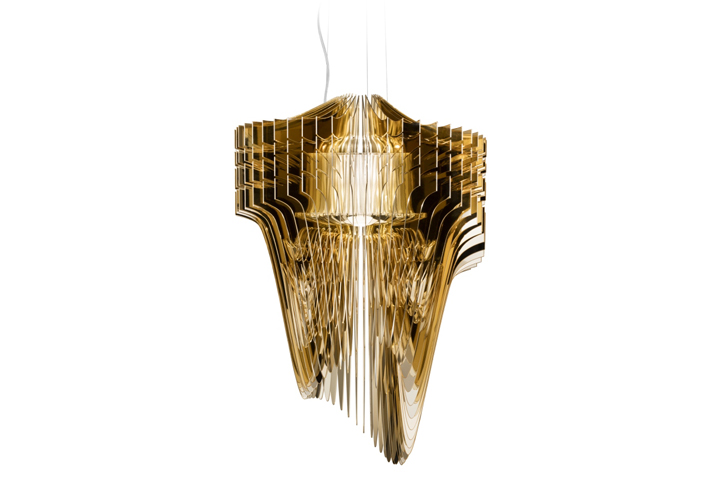 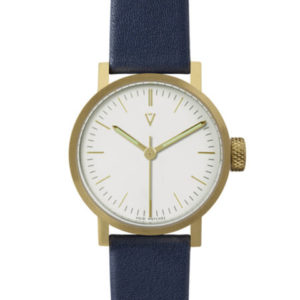 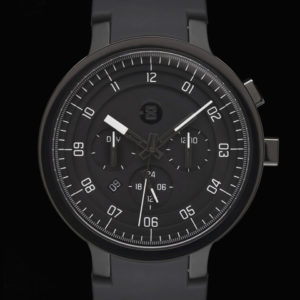 Layer 24 watch by MINUS-8 by retail design blog 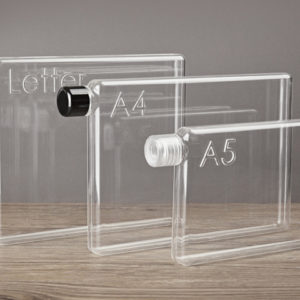 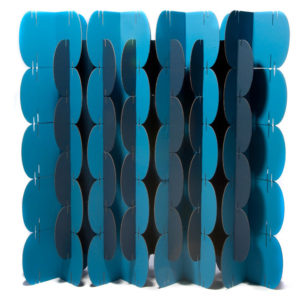