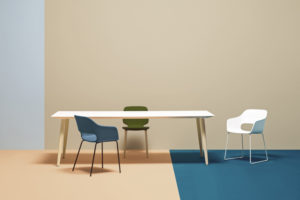 Local-based architecture studio Starsis has designed the ‘Gyeongseong 999’ café in Seoul referencing the 1936 Korean look. The research threw three keywords: dismantle, combine, and gather. About this, Starsis designer Park Hyun-Hee stated, ‘The keywords must not be complex nor serious and the commercial space should make them feel comfortable.’ demolition work started as there were a lot of things to get rid off, generating a space that motivated other elements of the project. The ‘Gyeongseing 999’ café by Starsis had qualities that weren’t able to be seen before the demolition. The worn out tiles, the uneven floor, and the cement that was holding up the finishing materials on the outside led to even more ideas. The materials that were removed gave a sense of a powerful aura that treasured the place and its past times together. The objects that were broken or worn out were used for a different purpose (combine and gather) which created a lively and vivid space. Like a puzzle which creates one complete image, the small objects came together to form and send a strong message. The circular wooden ornaments usually used in the handrails of the stairs, or the table legs, now hang from the façade ceiling. Although they are fixed in place, the way they come down and the distance between them as they are spread generate a dynamic appearance that captures people’s attention. 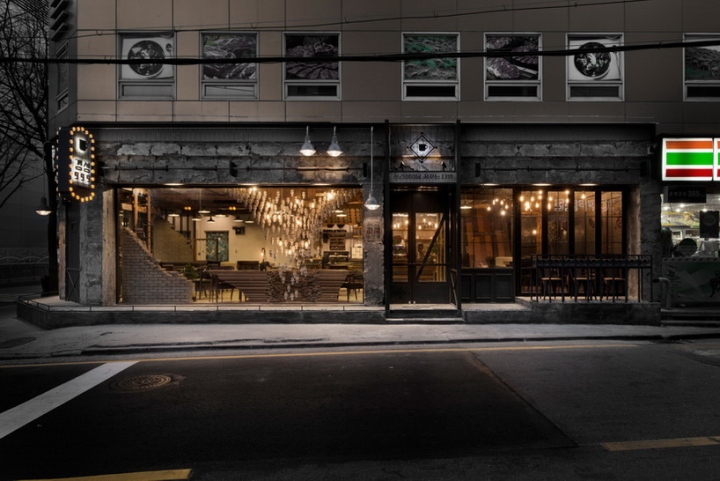 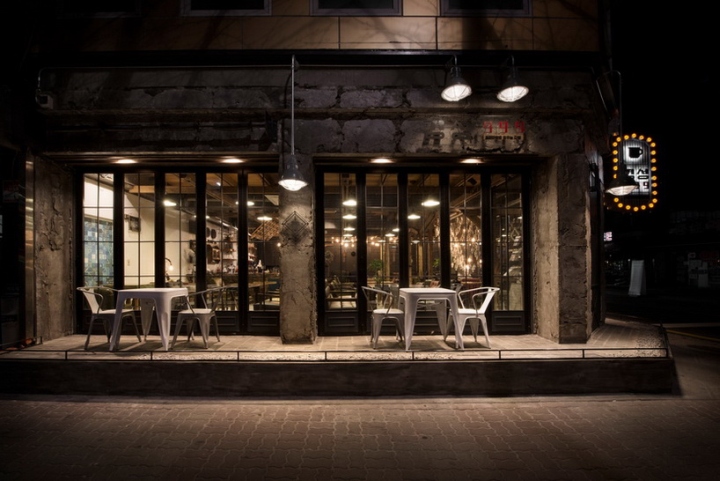 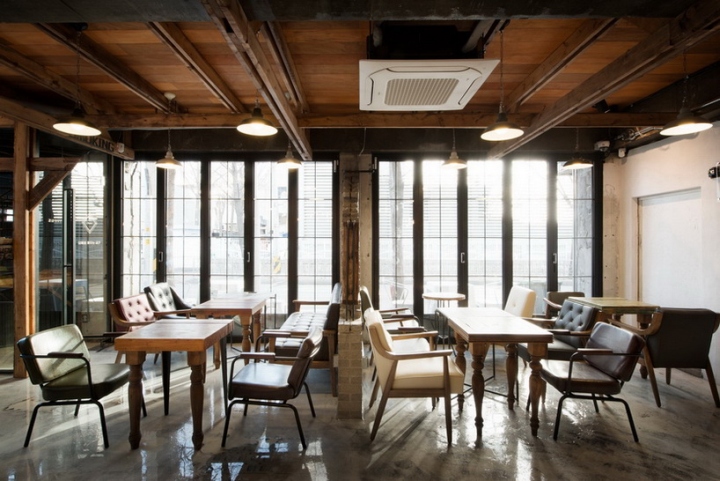 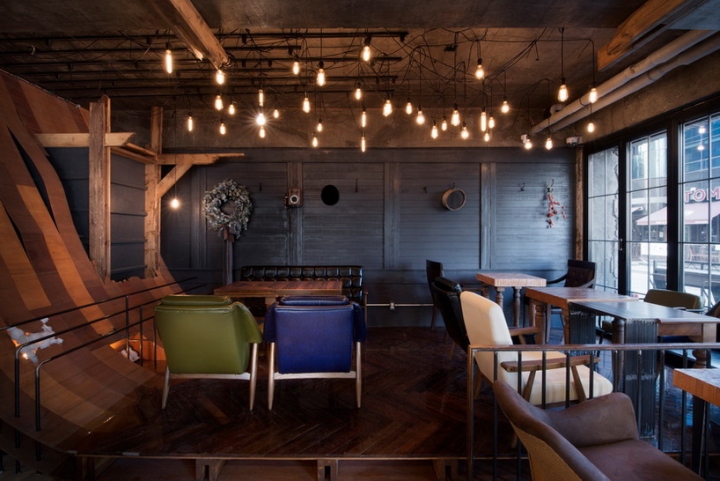 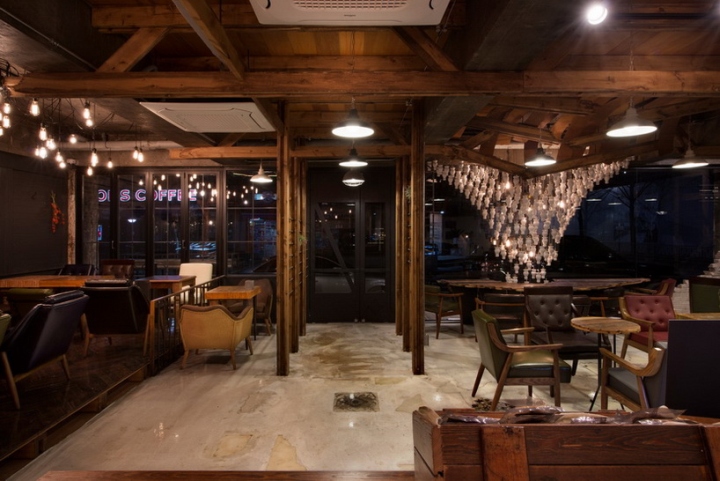 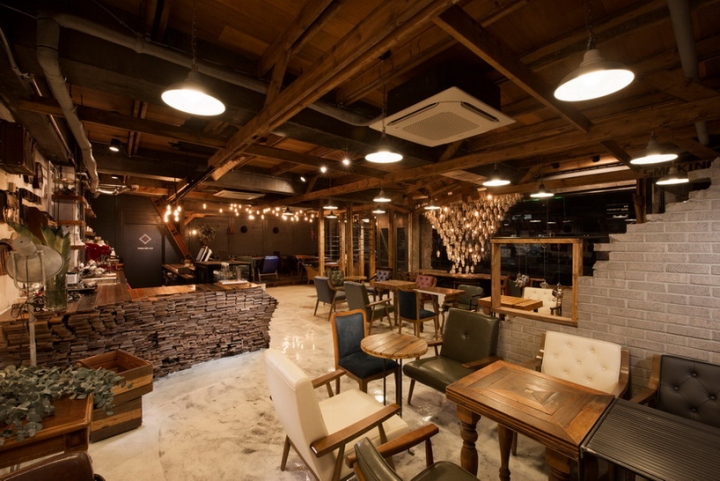 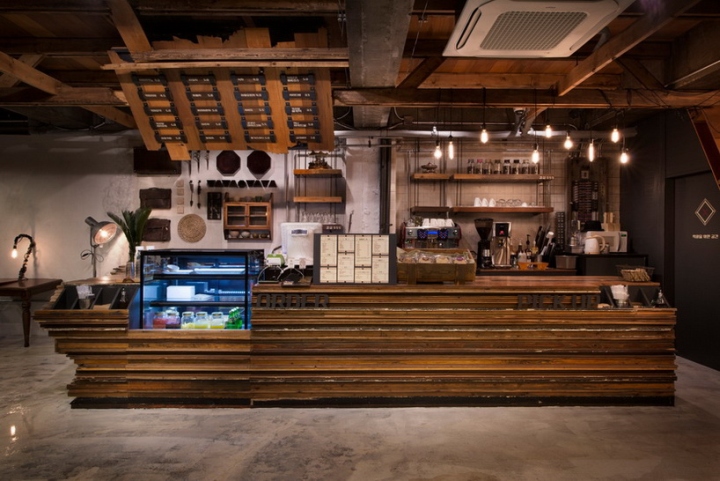