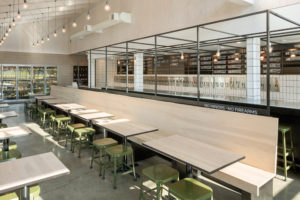 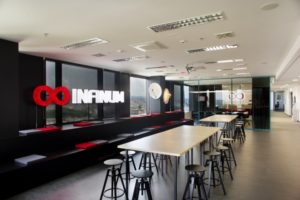 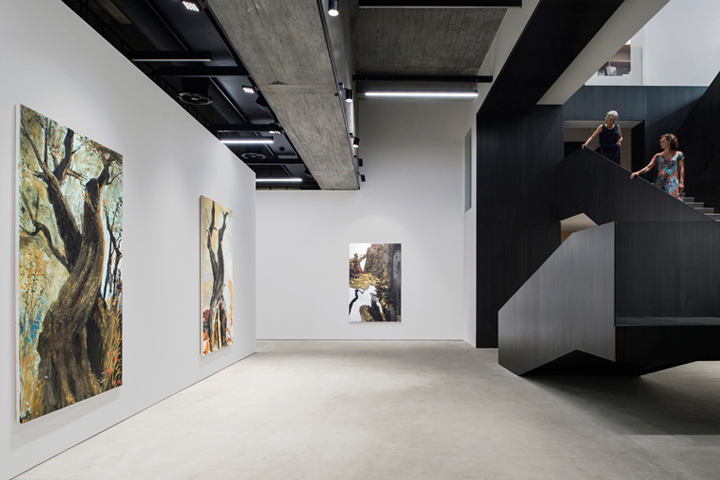 The design for the new art gallery, one of the largest and most prominent in Beirut, is an adaptive reuse of a historic theatre, Masrah al Madina, which is converted into a space dedicated to showcasing prominent as well as up and coming Lebanese and Arab artists. Before being transformed in the 90s into a theatre, the underground space was as early as 1969 one of the first cinemas in the Middle East to project art and experimental movies of Fellini and Gavras as well as Soviet films. Located mostly underground, the attempt was to create a smooth transition from the ground level to the lower gallery level, from the sidewalk to the catwalk, while bringing natural light to the buried space. Starting with the existing theatre space, the intent was to preserve essential characteristic elements of the space, and introduce new elements that allude to the history of the space while serving its new program. A new staircase, reminiscent of theatre promenade staircases, cascades its way down to the underground main gallery space from the ground floor, going through secondary office spaces. The cascading nature allows visual continuity between upper and lower levels, and daylight to pierce its way down to the basement. The ceiling of the theatre has been renovated to highlight its steel catwalks, transforming it into a repository for the gallery lighting, both ambient and accent lighting. A new electric chain hoist, usually hidden in the back of house, is fore fronted in the ceiling of the ground floor, and is supported on exposed I beams that continue the industrial look of the gallery ceiling into the ground floor ceiling. The hoist would carry the art work crates down to the main gallery space, showcasing the back of house logistics and foregrounding them into the entry level. Along the same lines, storage aisles on either side of the main gallery space were turned into intimate art galleries, the back of house becoming part of the foregrounded experience of art. A large archive gallery in the lower basement was also introduced for private client meetings. From the mezzanine floor, the administrative offices, and that of the gallerist, have a full view of the gallery space. 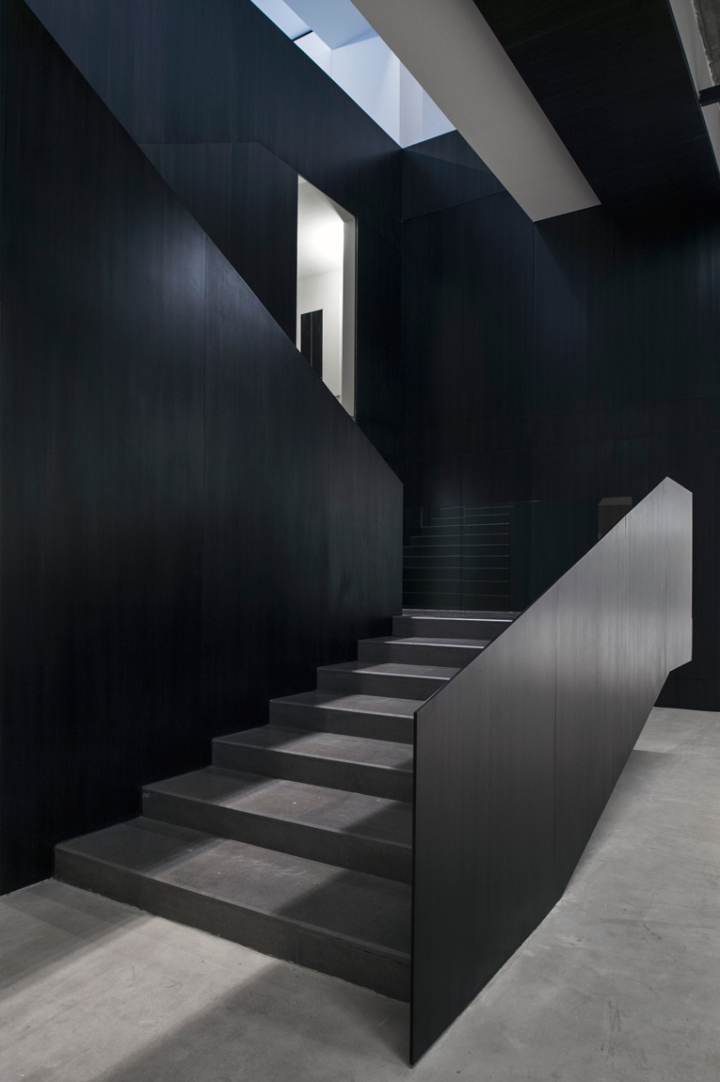 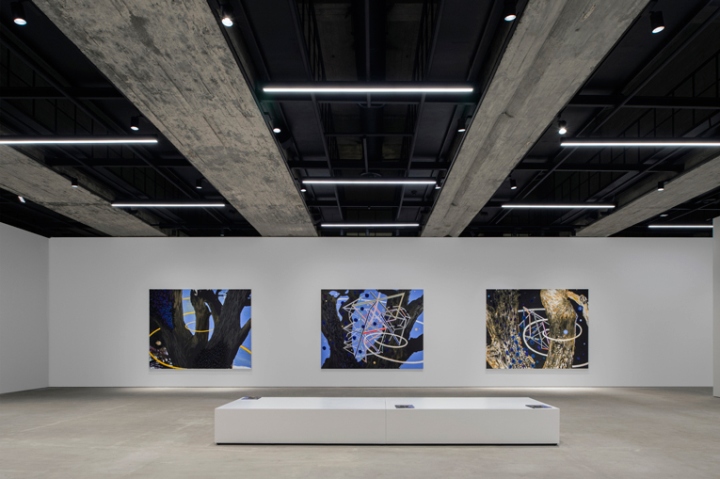 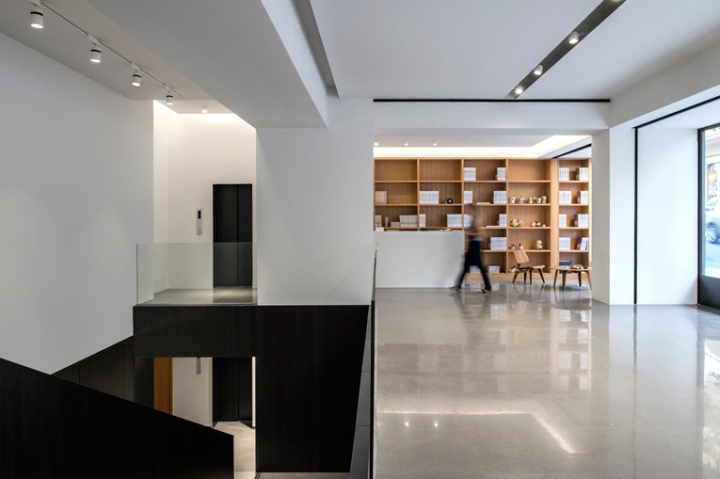 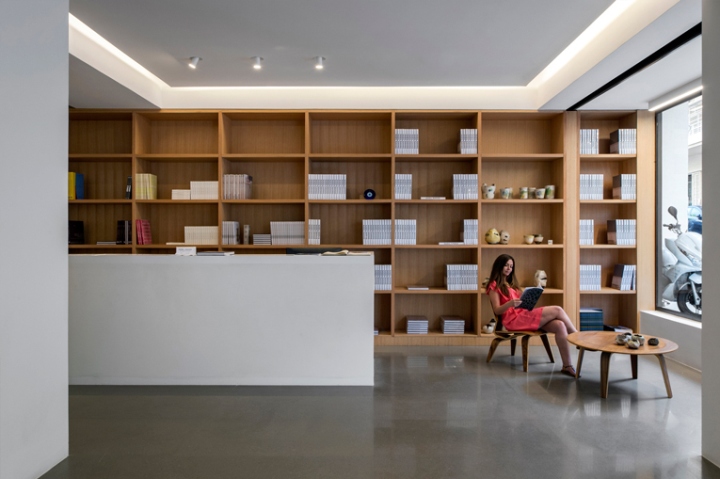 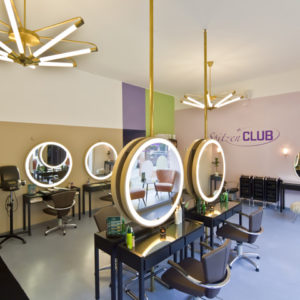 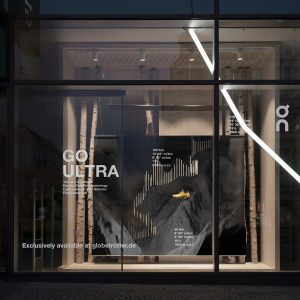 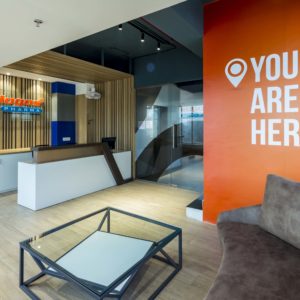 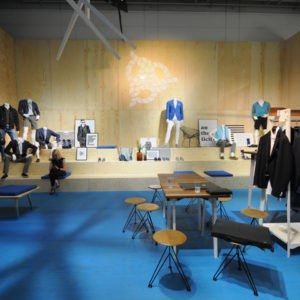