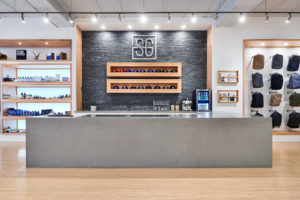 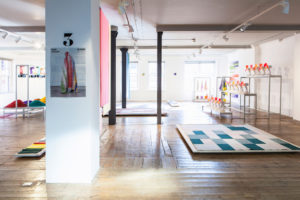 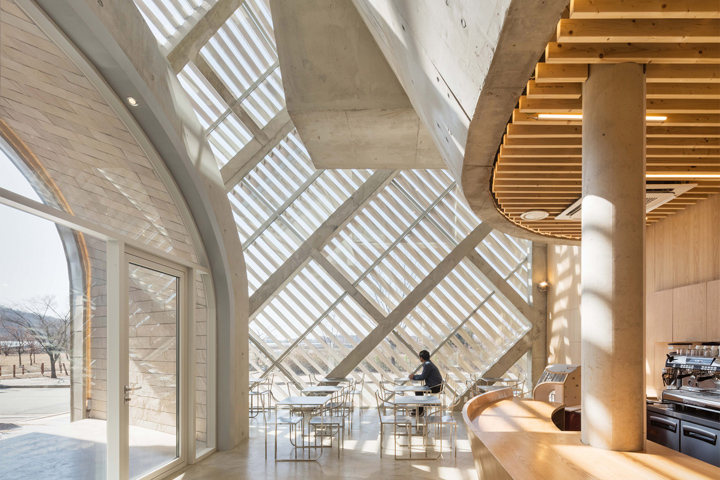 Slanted slats of aluminium cover the irregular, curving form of this house and cafe in Gyeonggi Province designed by South Korean architecture practice AND. The Seoul-based architects, whose name stands for Architecture of Novel Differentiation, named the project Louverwall after its distinctive cladding The louvres cover a glazed wall that faces out onto the street in the city of Paju and curves over at one corner to form the roof of the building. The slats mediate the amount of light that enters the building, which contains a cafe at ground level and a home for a couple – and their five cats – on the two floors above. “The goal is to have soft daylight in the cafe space, as it is facing due west,” explained the architects. “We have decided to limit the direct light of the west and bring in the light from the south.” Inside the cafe, the reinforced concrete structure of the building is left exposed and paired with pale timber and metal furniture. The louvres cast dramatic linear shadows across the light-coloured surfaces. “The light pours in between the two curved walls, emphasising the verticality of the space,” said the studio. “As one walks up the stairs to reach the rest space, one can experience the utmost play of light and shadow, and the verticality.” “The light that changes every minute touches the interior surfaces,” it added. “Every movement of the clouds, the sun, as well as the changes of season is recorded on the walls.” The design of the facade was mapped out using the Parametric Louver Design System – a computer algorithm developed by researchers from Seoul National University that calculates the best performing louvre form for any given surface. A recess covered in pale brick provides two separate entrances to the 188-square-metre building – a glazed one for the cafe and a grey door for the house. Like the cafe, the residence is finished with a combination of red oak plywood and exposed concrete. The bedroom and bathroom are set on the first floor, while an open plan lounge containing a small kitchen occupies the uppermost floor. 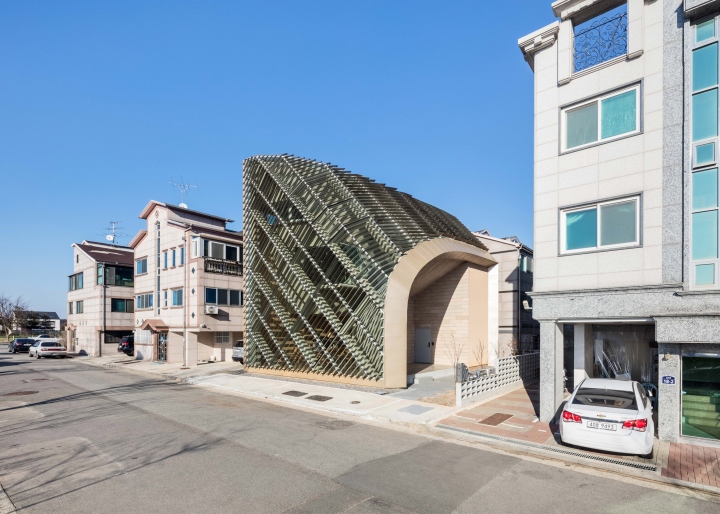 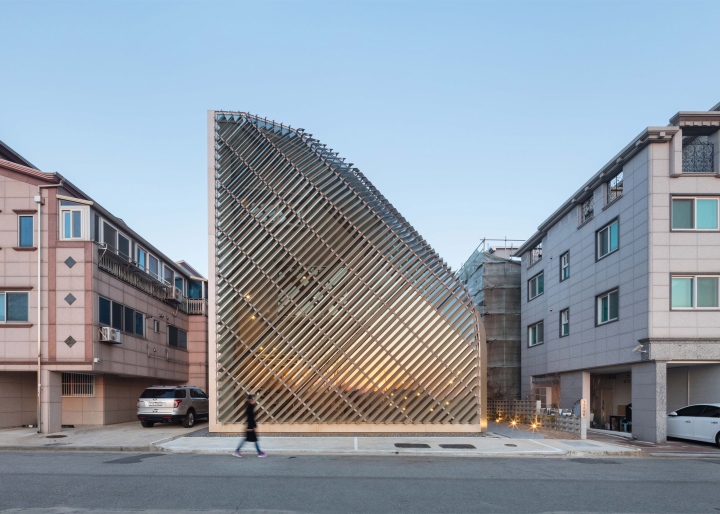 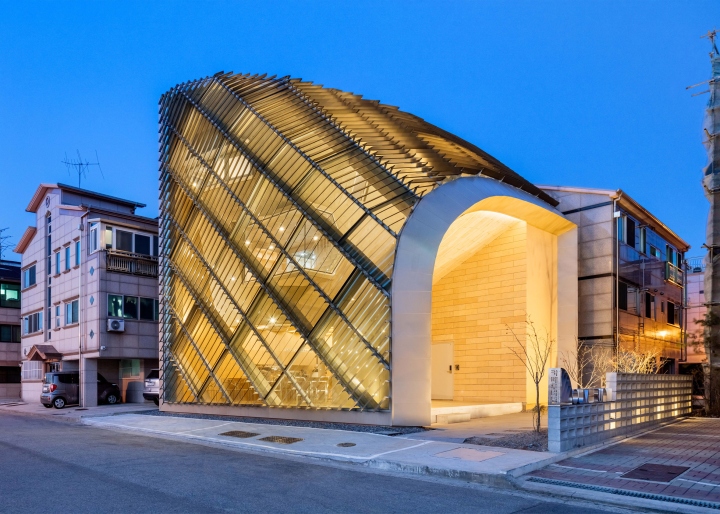 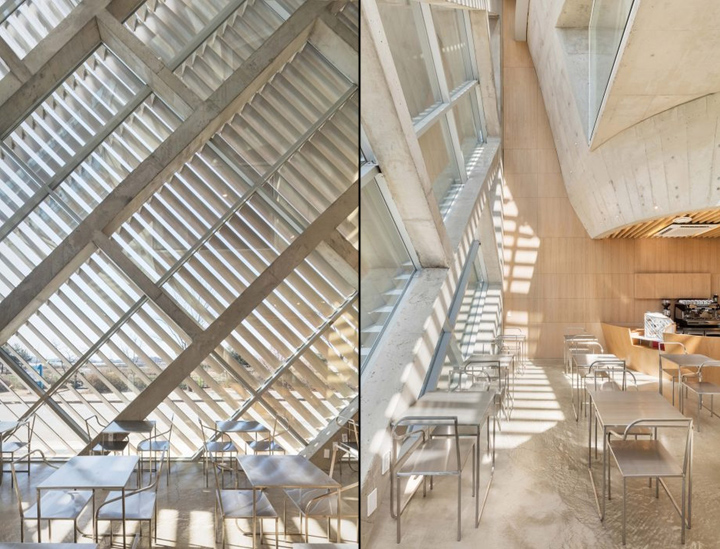 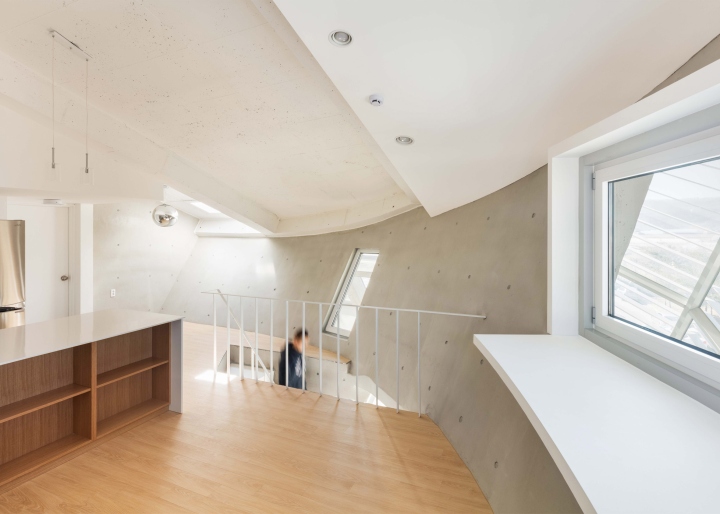 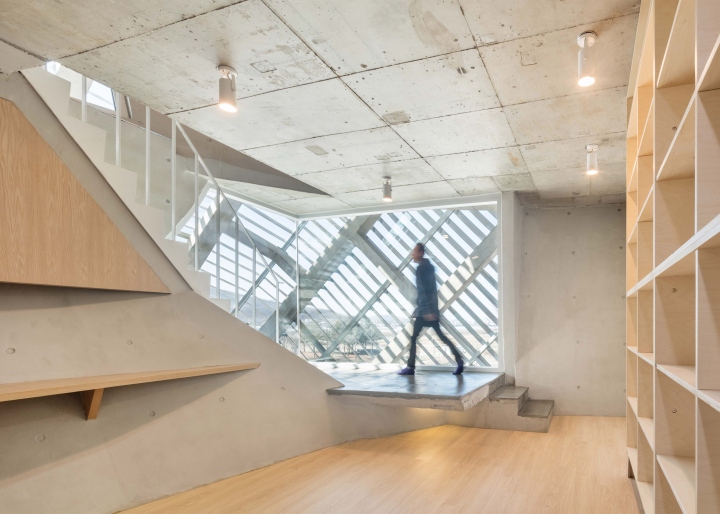 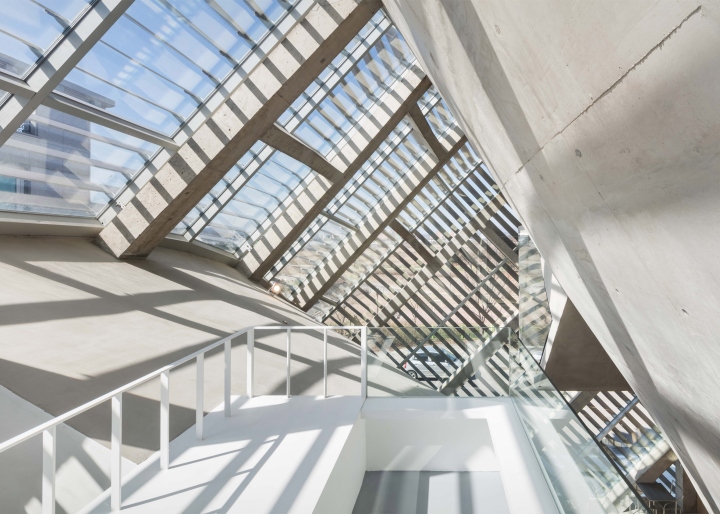 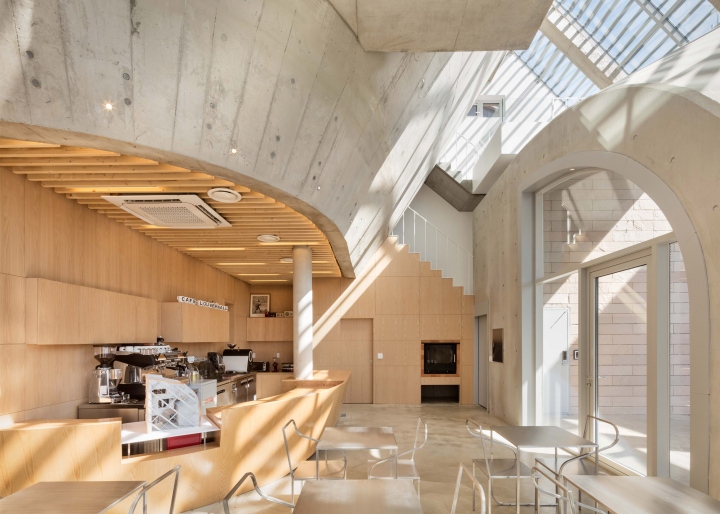 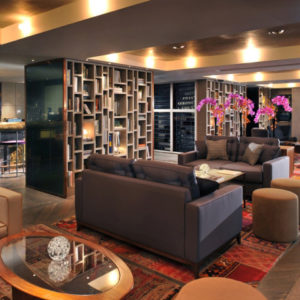 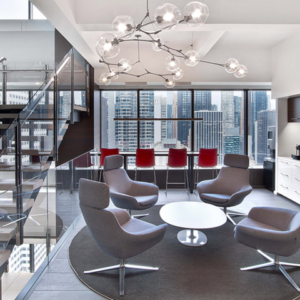 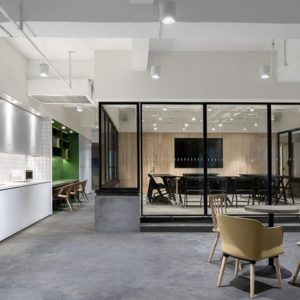 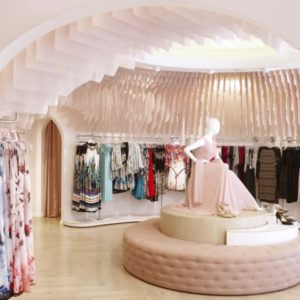