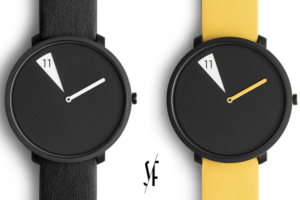 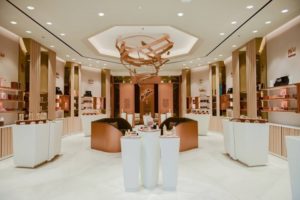 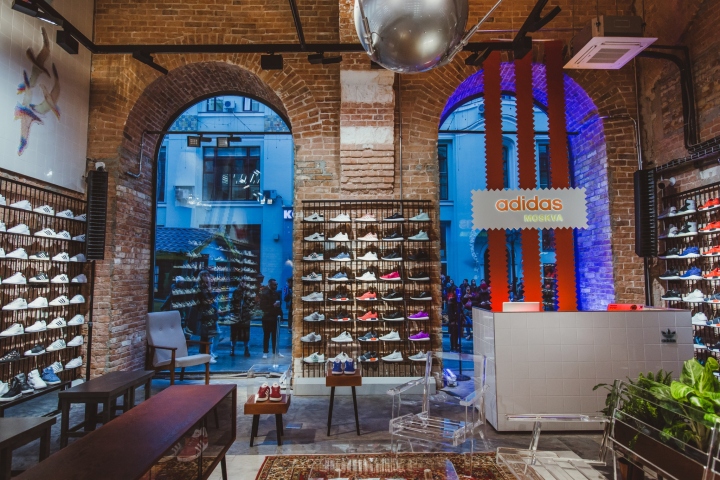 On September 23rd adidas Originals opened the doors to its one and only flagship store in Russia – ORIGINALS MOSCOW situated on 6/3 Kuznetsky Most Street. The new concept store ORIGINALS MOSCOW embodied the authentic style and spirit of the Russian capital with its traditional but at the same time very modern and dynamic mode of life. The interior of the flagship combines the styles of different time periods in history of Moscow. Inside the store, one may find typical elements of a Russian living room, where the older generation used to hang out, that are presented in a modern key: square chairs, classic carpet with bright patterns that resonate with marble floor designs and tailor-made furniture in Soviet modern style of the 60s and 70s. With ironic nostalgia, store designers decorate the walls with white tiles and large-scale replicas of mosaic sketches by the artist Aleksandr Deyneka – the cult figure of the Russian monumentalism whose works are one of the main attractions of the Moscow Metro. The counter zone echoes Russian 80s and 90s with its two-colour wall divided by all-over horizontal line. The display of art objects by four young Moscow based creatives who came up with unique pieces of art inspired by their beloved city conveys the versatility of the new adidas Originals store that is to become a place of the most important launches, workshops, exhibitions, and installations and will house the brightest collections and the most significant collaborations. 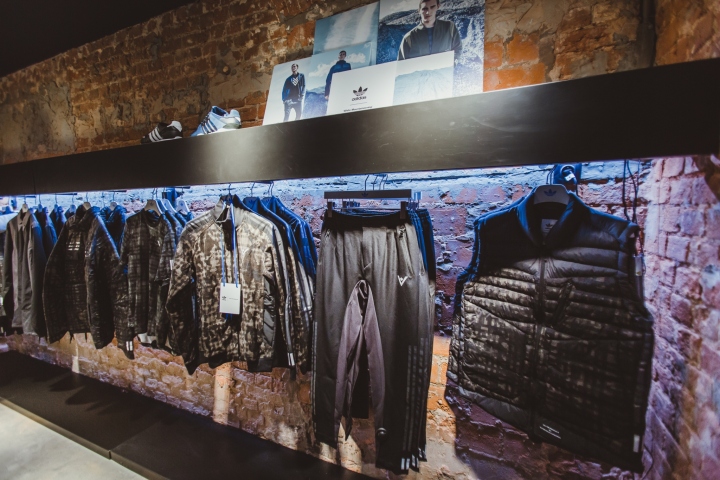 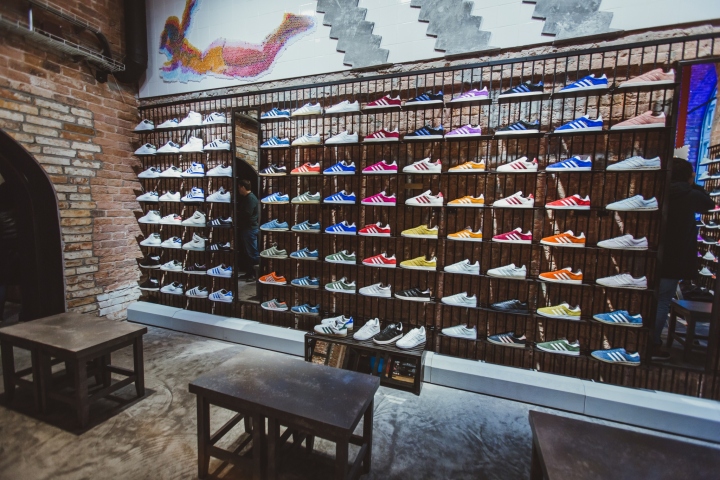 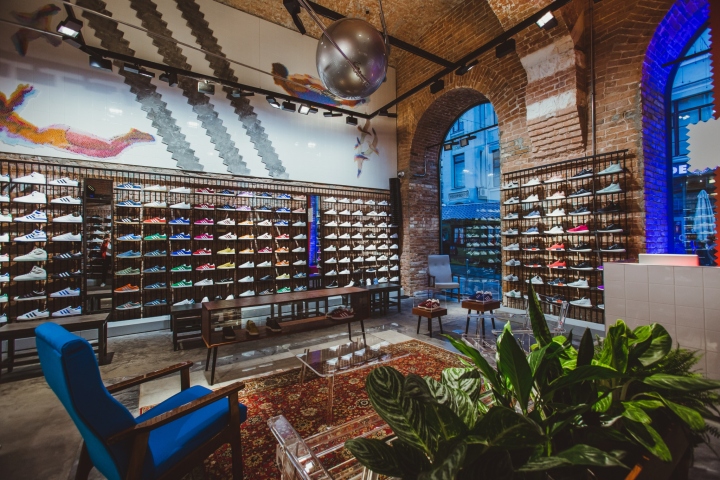 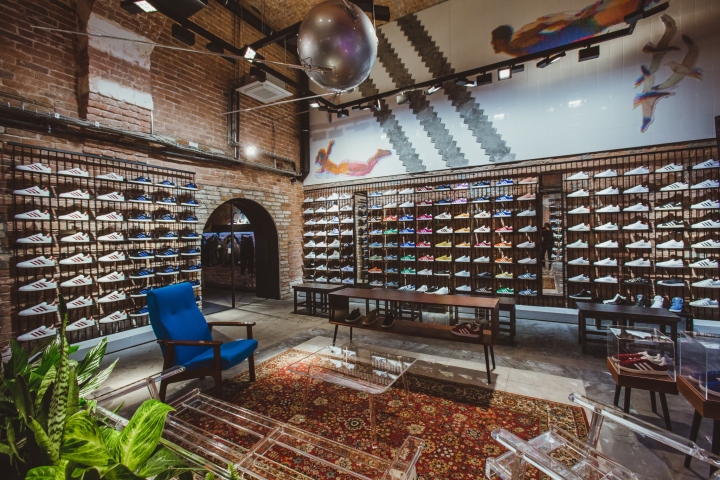 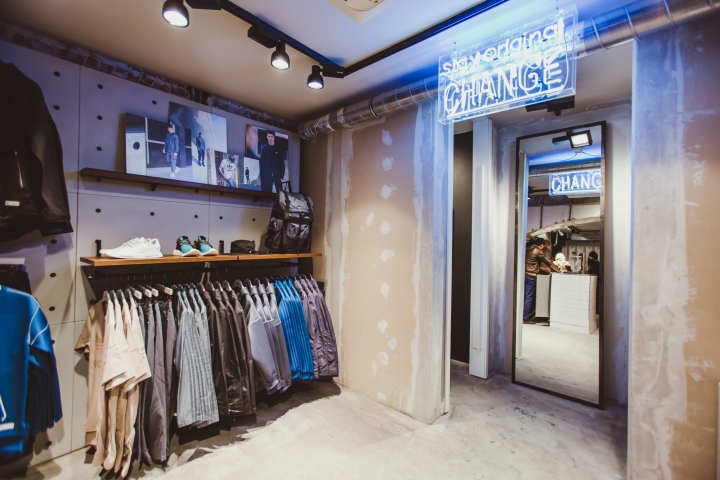 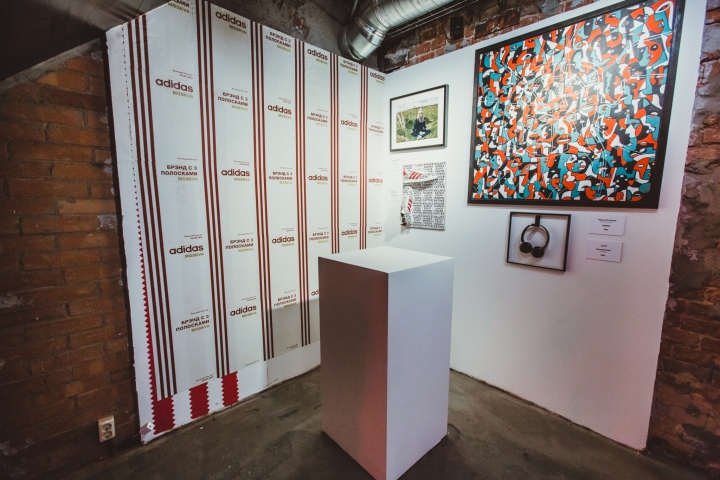 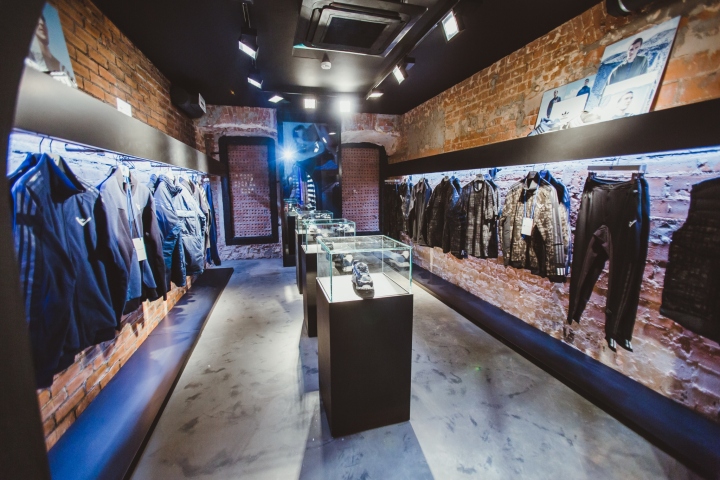 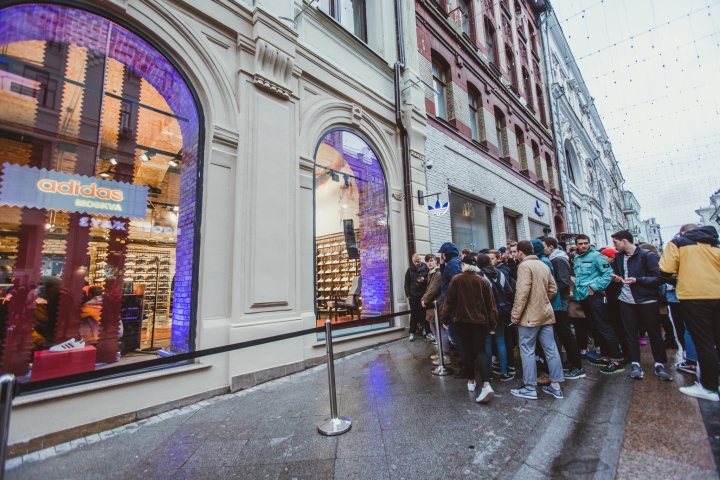 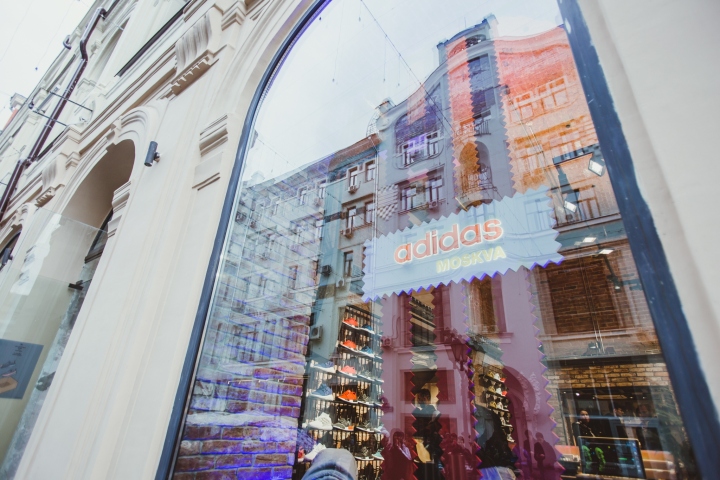 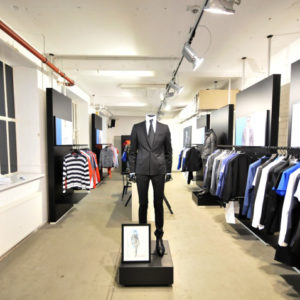 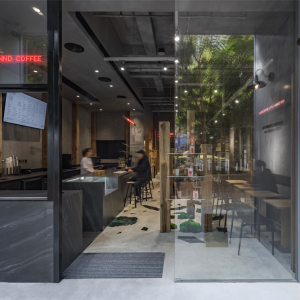 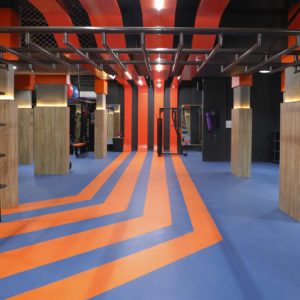