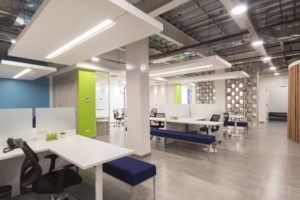 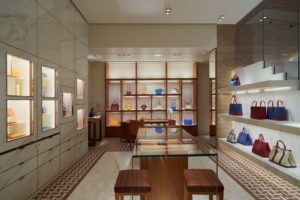 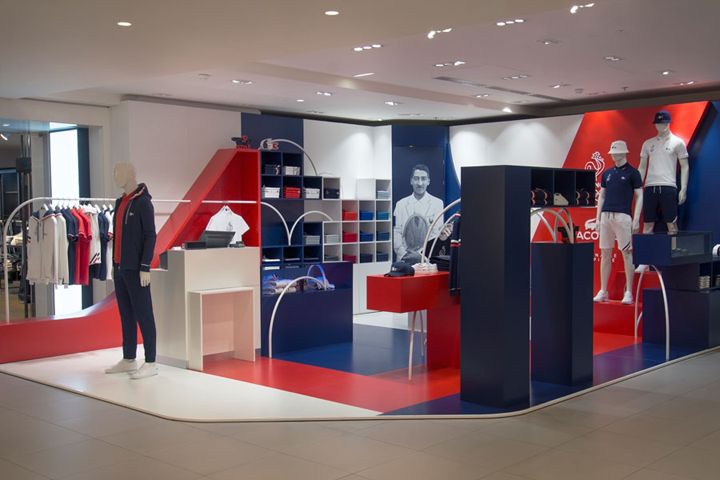 Creative studio Bonsoir Paris strives to stimulate curiosity within all of its projects. The firm’s signature approach is to unite varying disciplines, such as art, science, design and technology, to create spaces that embody cutting-edge innovation. One of the company’s most recent collaborations was with French brand Lacoste for the 2016 Summer Olympics. The brand’s Galeries Lafayette flagship in Paris received a fresh retail campaign, art direction and execution to celebrate the patriotism and infectious collective spirit of the biennial games. A four-level retail experience was created, from window displays to ephemeral shopping areas, to showcase the French team’s ceremonial attire. The platform-like structures that exhibit the mannequins are reminiscent of the podiums used to honour the athletes during the medal ceremonies. Symbolic references to the rings of the Olympic Games logo run through the interior via the circular pattern of the hanging rails and decorative poles. Vibrant red, white and blue blocks of geometric colour coat the entire space to pay homage to the nation’s athletes, with tracks and pitches decorating the space that also picking out the colours of the French flag. Whilst the design direction embodies a new concept, the designers maintained the clean, refined and modern feel of the brand. The original shelving systems, for example, have been revamped with fresh colours and stylistic elements but still provide space for the iconic, precisely stacked Lacoste polo. 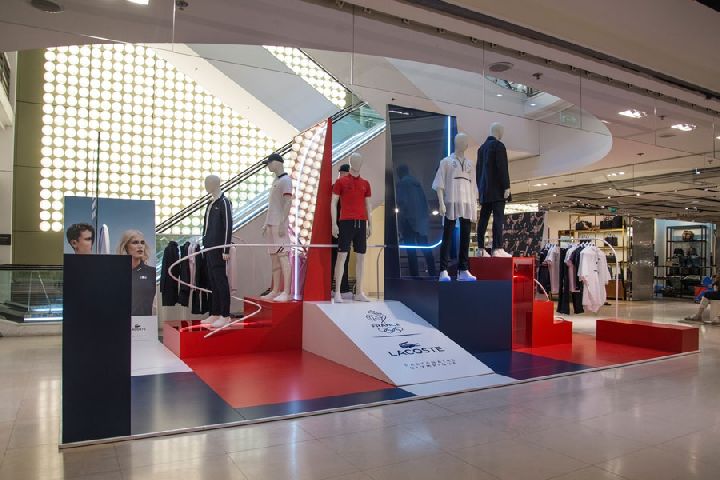 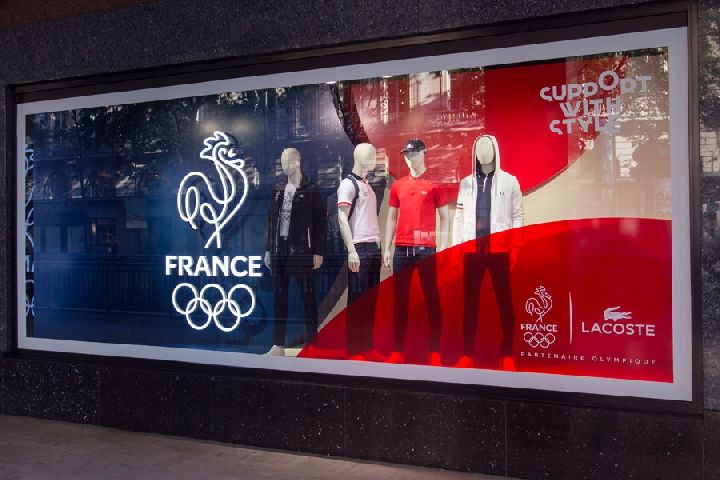 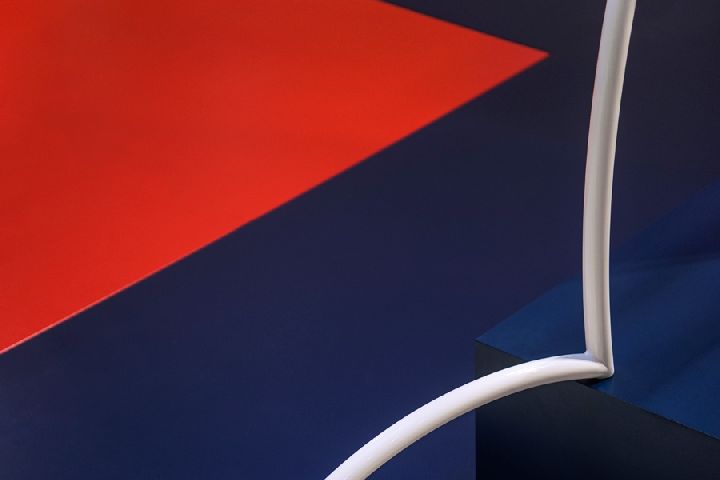 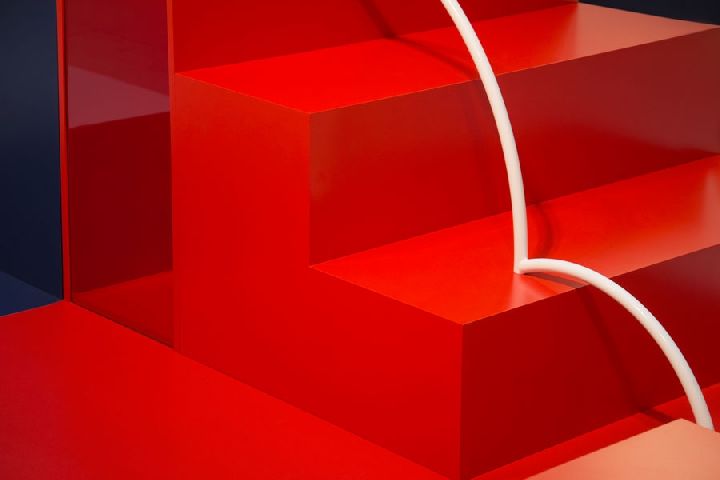 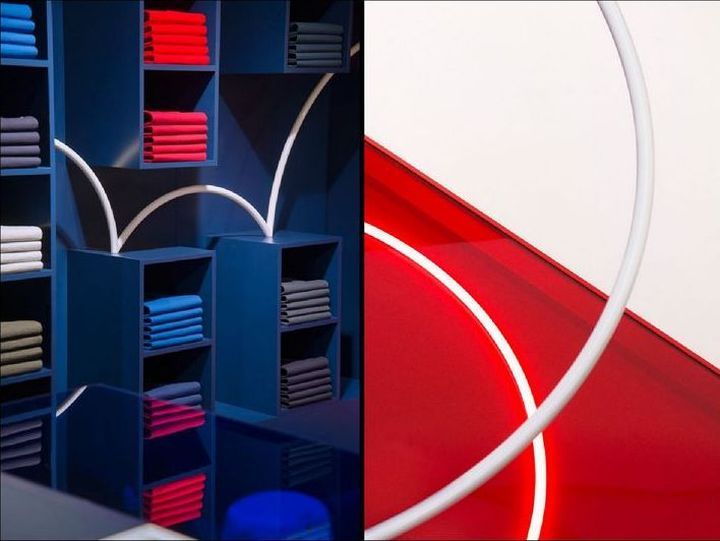 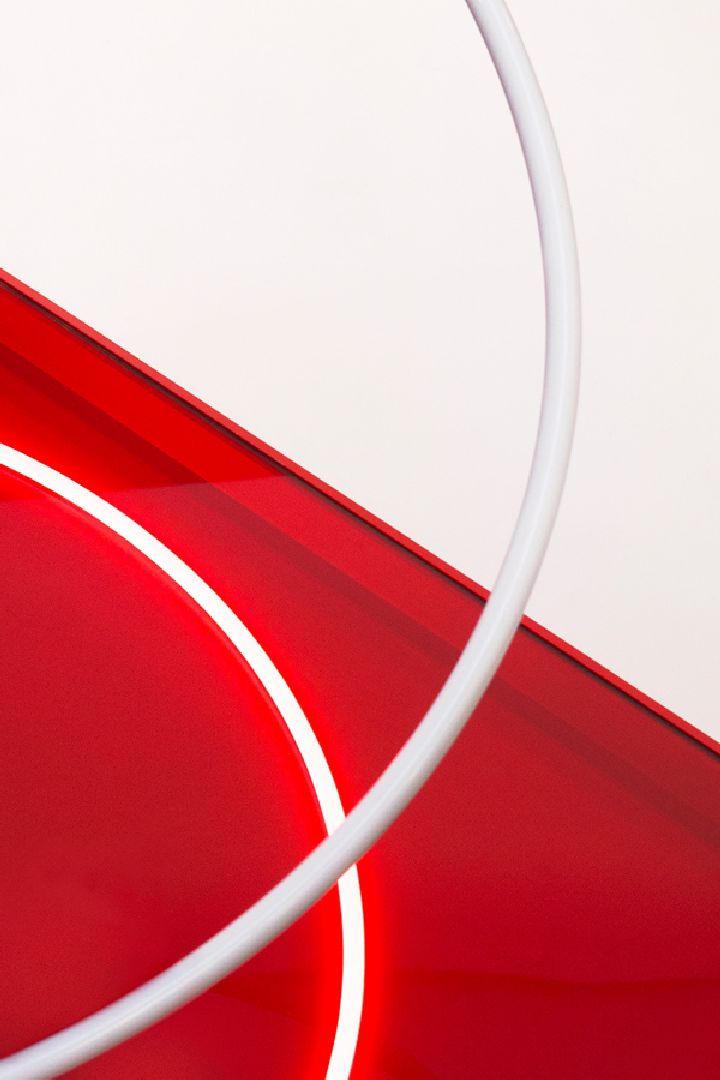 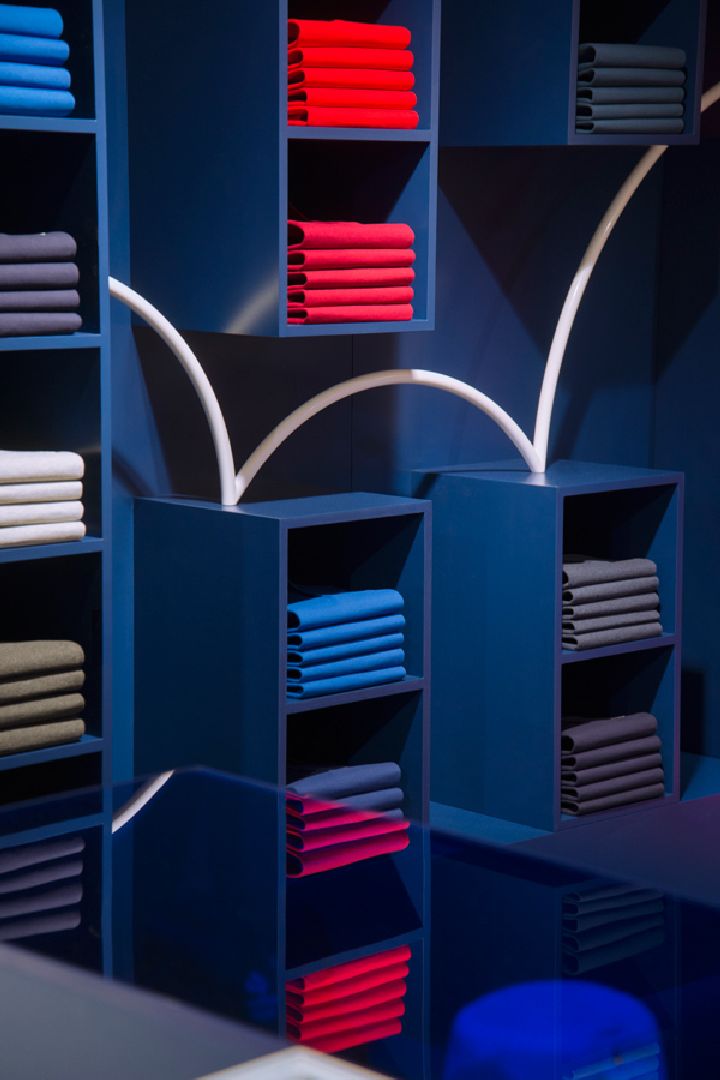 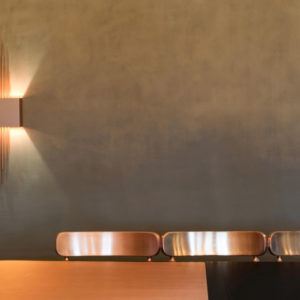 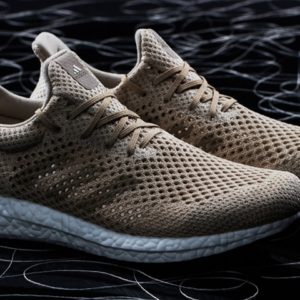 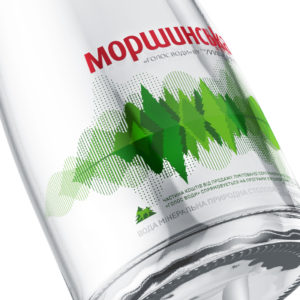