Hui Origin of Everything installation by C.DD, Foshan – China 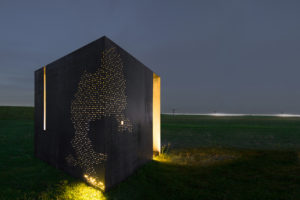 American studio Tighe Architecture used plywood, perforated steel and white LEDs to upgrade the communal spaces in a pair of nondescript, 50-year-old office buildings in the Los Angeles area. Called Connexion, the project entailed a series of design interventions in two 1960s office blocks in Burbank – a city within the LA metropolitan region. Burbank is home to major media companies such as The Walt Disney Company, Warner Bros Entertainment and the Cartoon Network. The real-estate developer that purchased the buildings – numbered 303 and 333 – wanted to make them more appealing to prospective tenants, particularly creative companies. Tighe Architecture, an LA studio founded by architect Patrick Tighe, was tasked with creating a more dynamic atmosphere in the lobbies. One was originally sheathed in black granite, while the other had a long, beige travertine wall. The architect also set out to create a lounge area on the mezzanine level in building 333. The design interventions needed to unify the two buildings and help establish a brand identity. The architect began by stripping away elements. Dropped ceilings and carpeting were removed, and a wall between a corridor and office was demolished to make way for the lounge. Perforated steel panels, clear-finished plywood and various lighting strategies were then installed to “energise the spaces” and assist in wayfinding. “The layering of building materials, pattern and shadow define circulation and other areas of activity,” the studio said. The panels are affixed to walls and ceilings. In the lobby areas, they extend beyond the front door to form dramatic exterior canopies. White LEDs shine through holes in the metal panels. The patterning was inspired by raindrops in one building and a network of highways in the other. The team also suspended linear LED fixtures in all of the refurbished areas, and added benches and stools made of plywood to building 333. “The interventions transform the existing once-corporate entrances and lobbies into a new, vibrant welcoming environment,” the studio said. 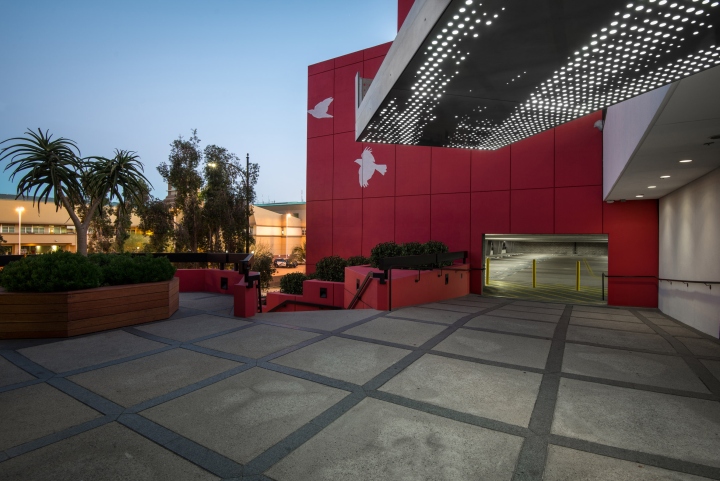 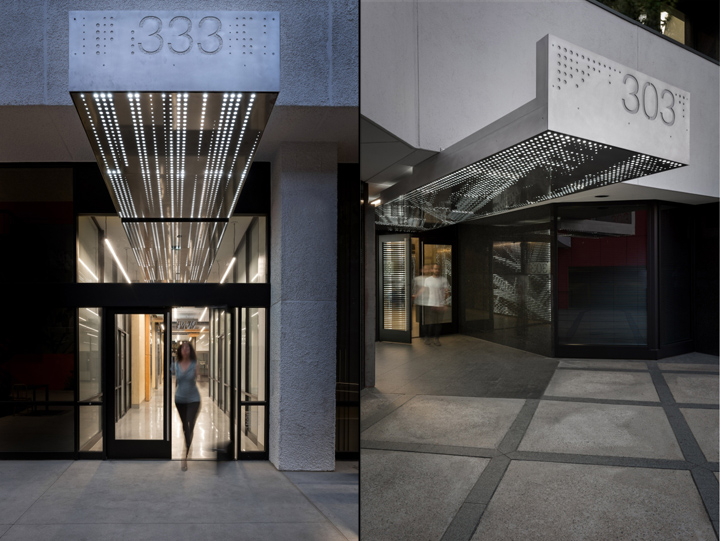 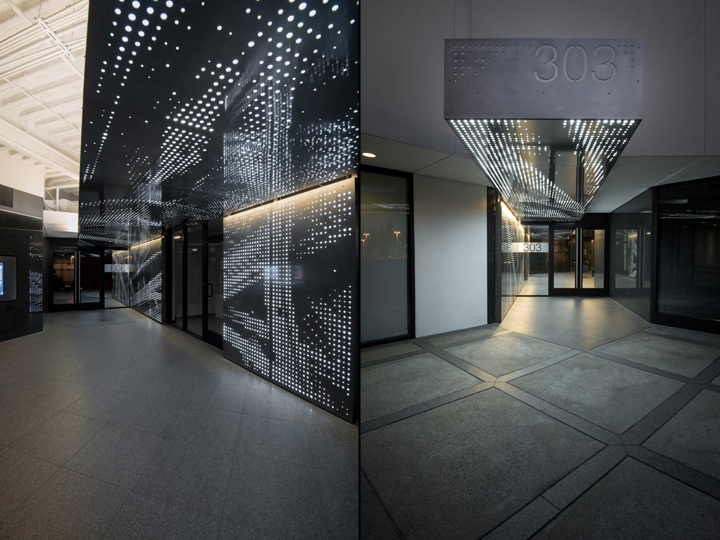 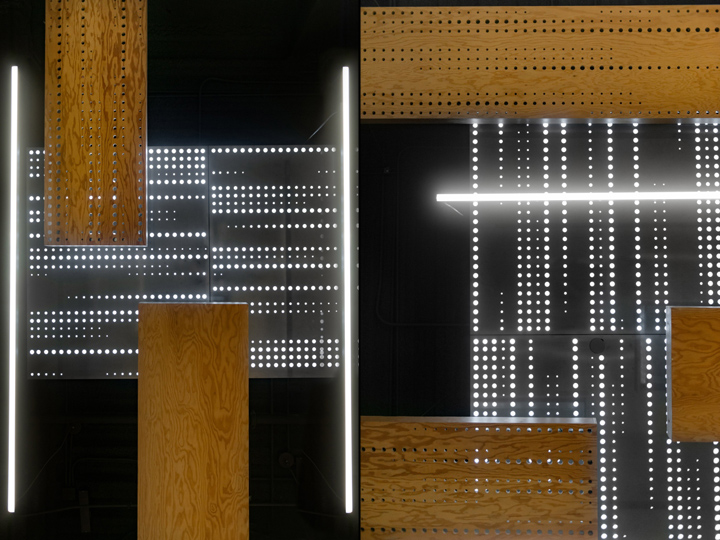 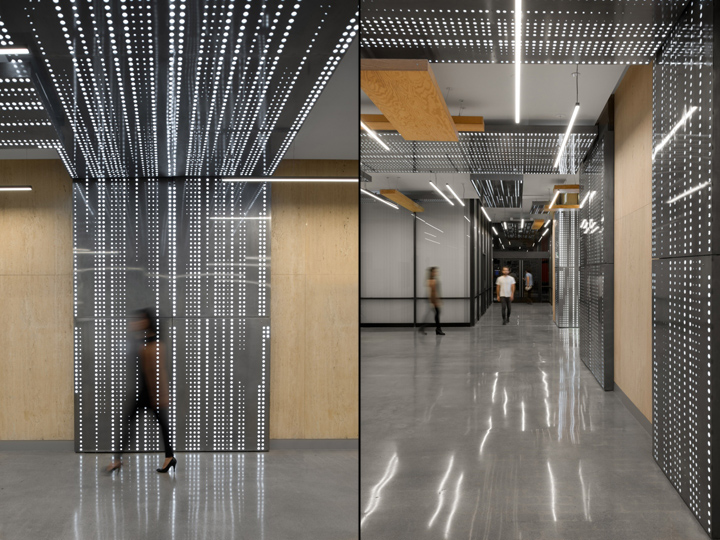 ALTOS DE CORRAL, THE ESSENTIAL OPENS THE WAY by info@tsmgo.es 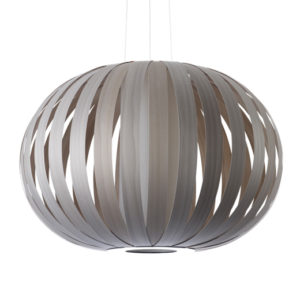 Poppy-S by Burkhard Dämmer for LZF by retail design blog 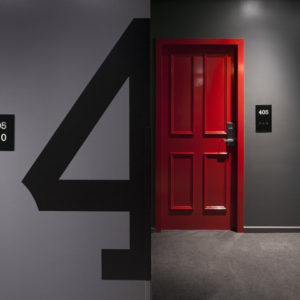