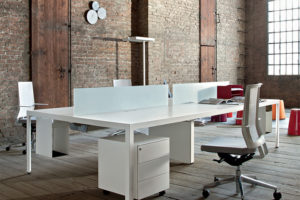 AGC Store by why the friday, Darmstadt – Germany 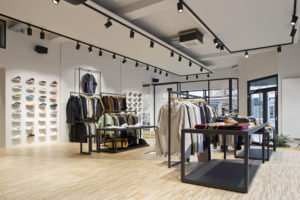 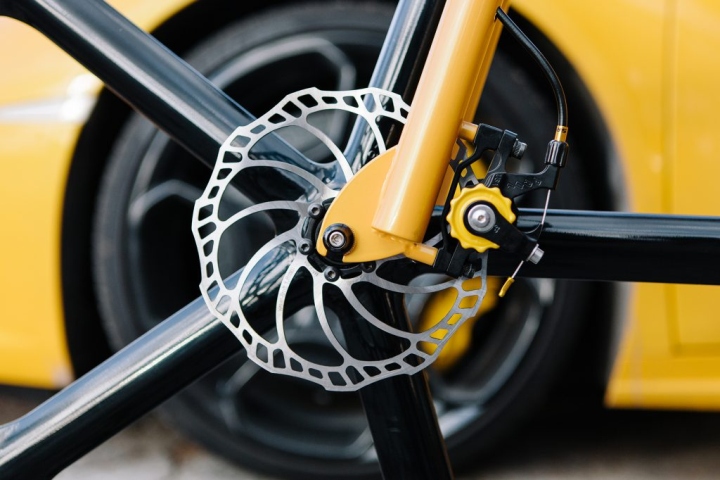 When Indrek built the first Viks bike, it wasn’t long until he got an idea to make a sharp looking version of a Viks commuter. A bike we just launched under the name Viks GT. Does it look familiar? Well take a closer look as this is not your ordinary Viks bicycle. The “Lamborghini” has the same geometry and size as regular Viks bicycles, but the first time in history VIKS IS ENTIRELY MADE OUT OF ALUMINIUM ALLOY, making it 40% lighter than the regular Viks. This also gives us the opportunity to enter the attractive market of sub 10kg urban commuters. Where are we making them? Well, still in our good old Viksfactory in Tallinn, Estonia, so #handcraftedinestonia is still a solid promise! This edgy and bold looking version of Viks was inspired by the sharp edges and triangles found on the design of Italian Lamborghini supercars. Compared to curved corners of regular Viks, this version has sharp edges and aluminium alloy frame, which makes it 40% lighter than the usual Viks. The idea came up quite early in the beginning when first Viks bicycles were made in 2013. But it took us until late this summer to actually build the very first Viks Gran Turismo. We decided to give the Viks GT a Lamborghini yellow (Giallo Midas) finish and show you, how similar the bike looks to the car. 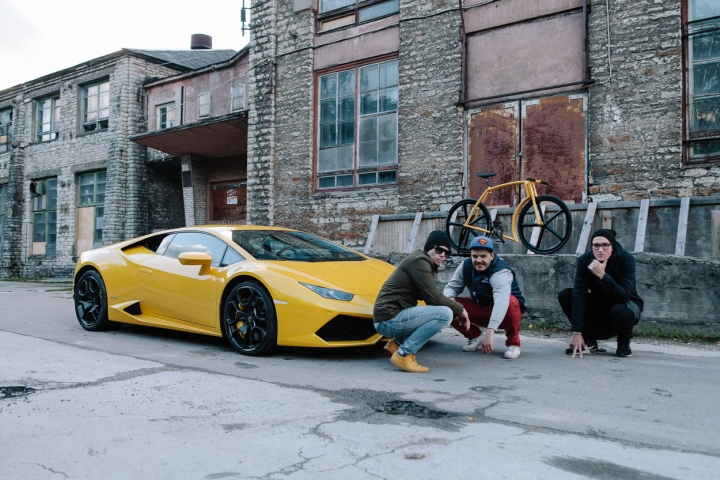 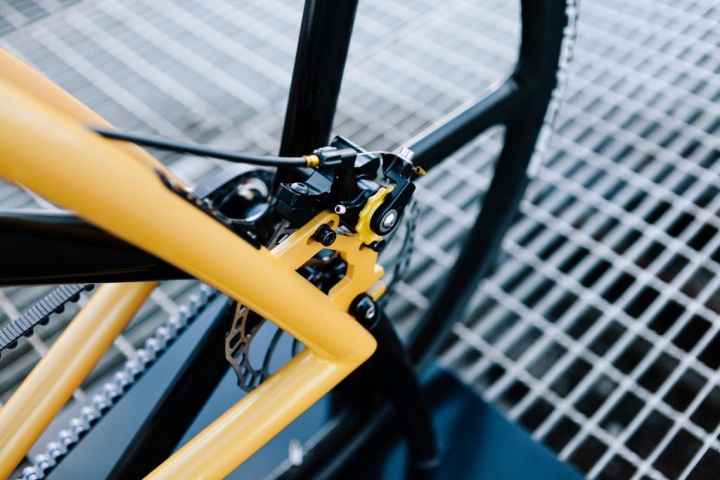 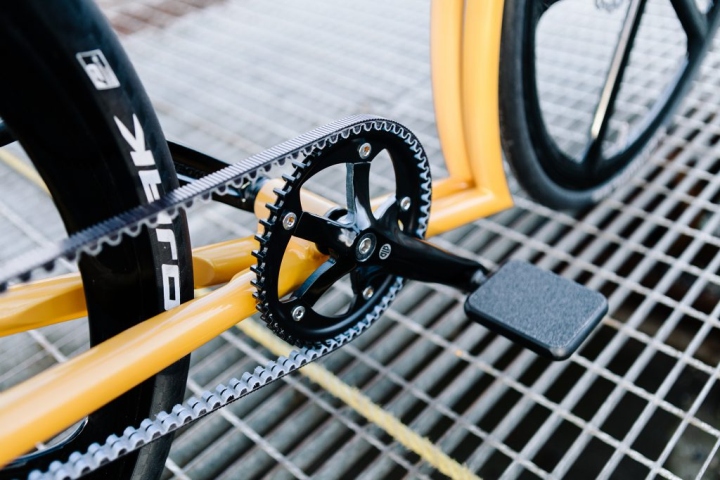 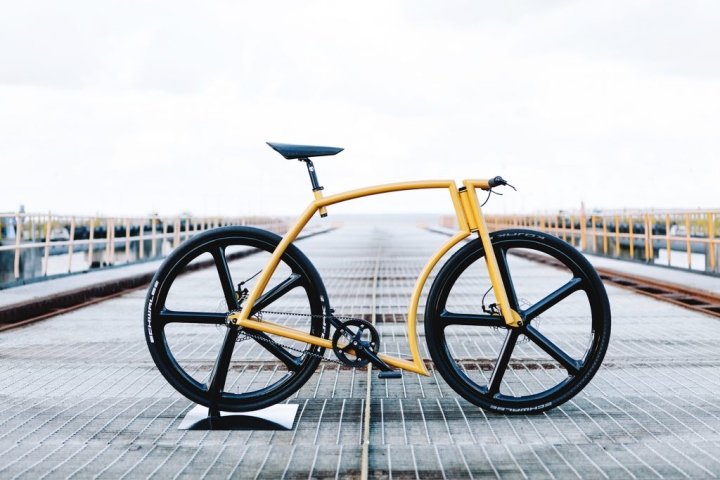 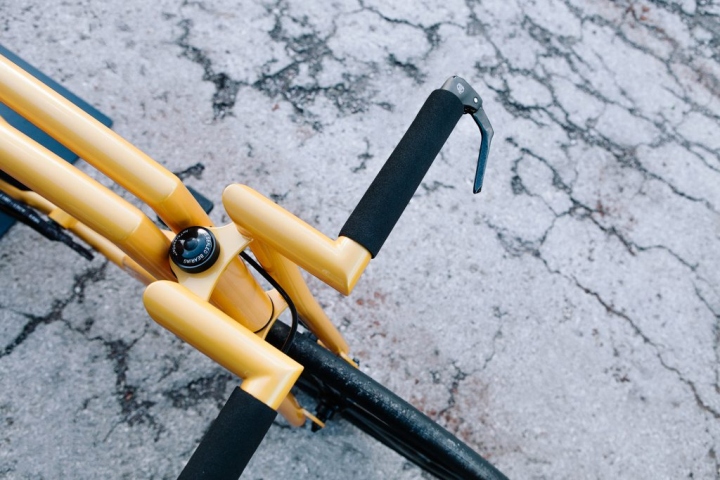 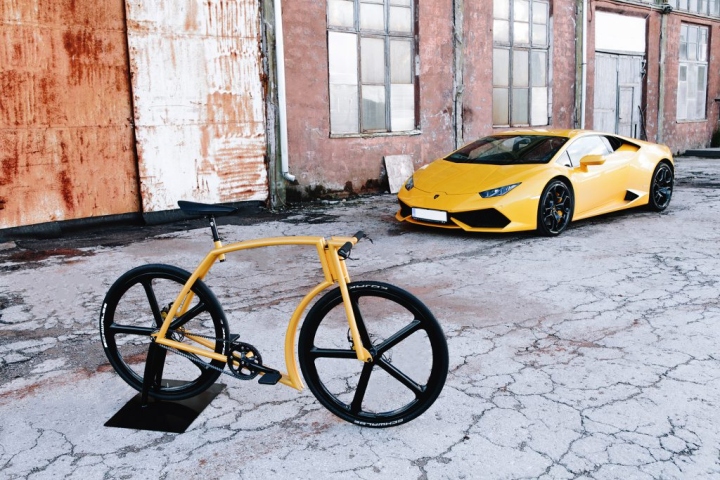 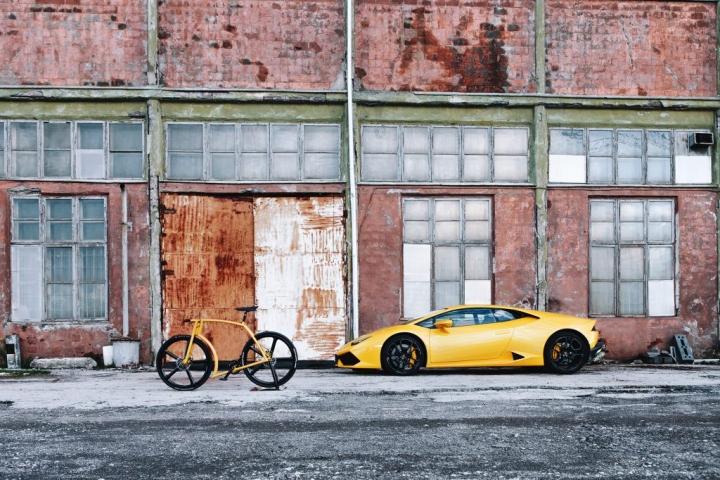 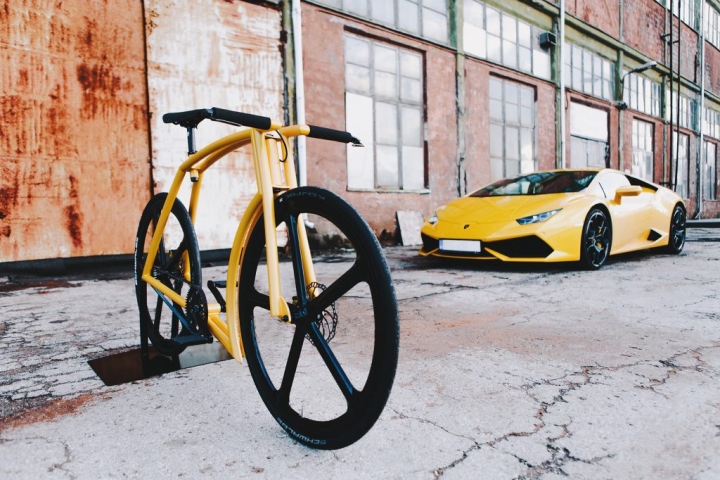 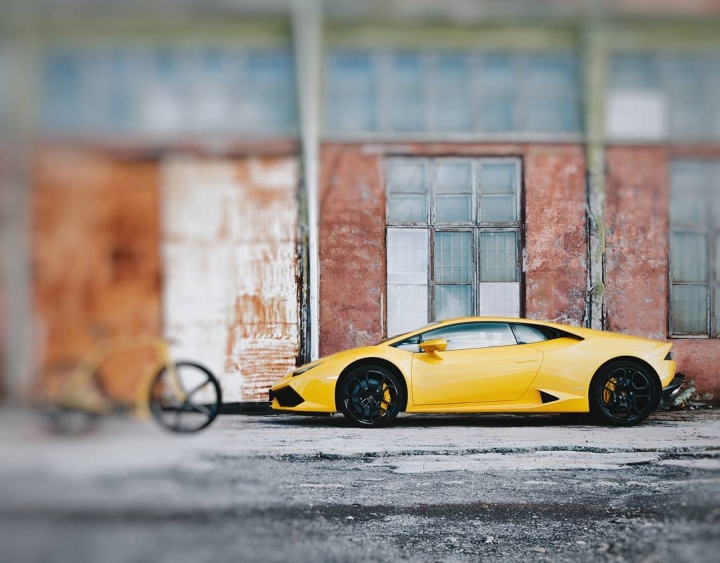 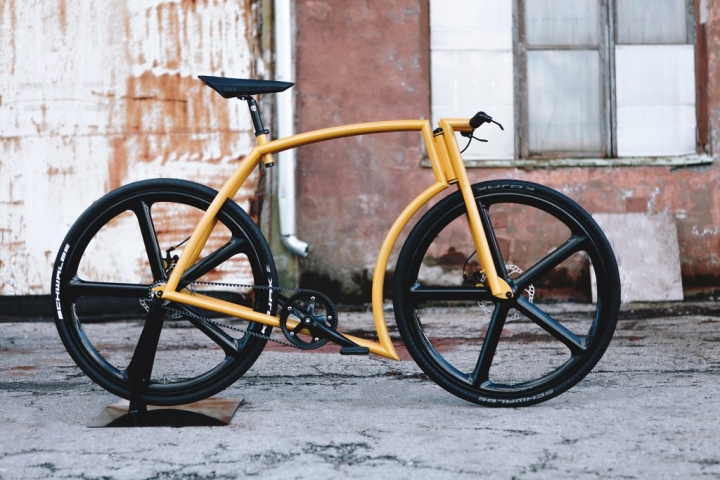 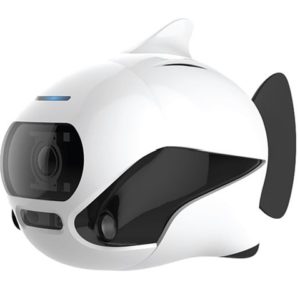 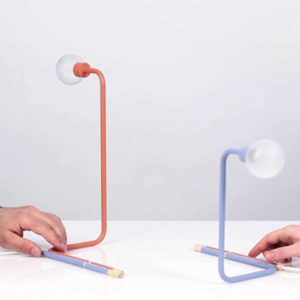 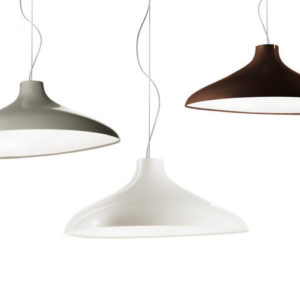 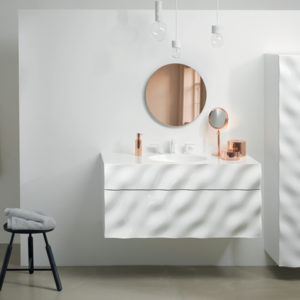