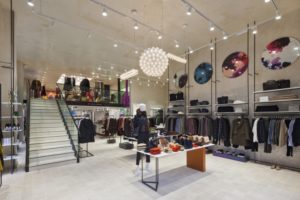 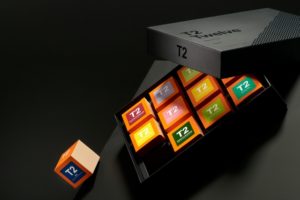 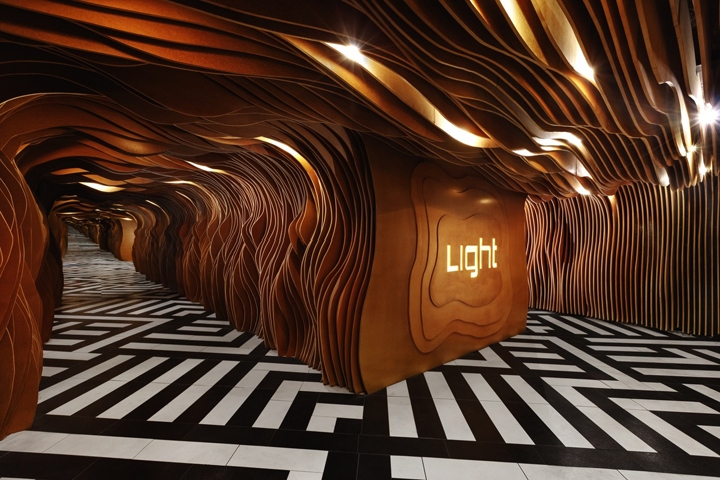 The project is the restoration of an existing dance club, making the general area the most impressive element of this place. We create a hexagon grid with integrated lighting in each element projecting different sets of lights and environments in sync with the music. The facade is a play on geometric volumes that are more sober than the interior, creating mystery on the elements found within it. Access is a transition space between the facade and the general area. Multiple panels with organic movement were created to represent a three-dimensional and infinite effect with mirrors at the ends, playing with indirect lighting that has an important role in giving more depth and movement to this space. The bathroom area also uses lighting as part of the design, creating a space with a starry sky effect and reflections with mirrors and glass mosaics in front of the sinks. The bar has as its main element a golden lamp with a diameter of 3 meters framing this area. Three-dimensional mosaics are used to continue the concept portrayed on the facade, access and general area. A tapestry with organic lines is also used to create some depth for the space, framing the rear exit with green foliage that contrasts the curved and angular elements of this space. 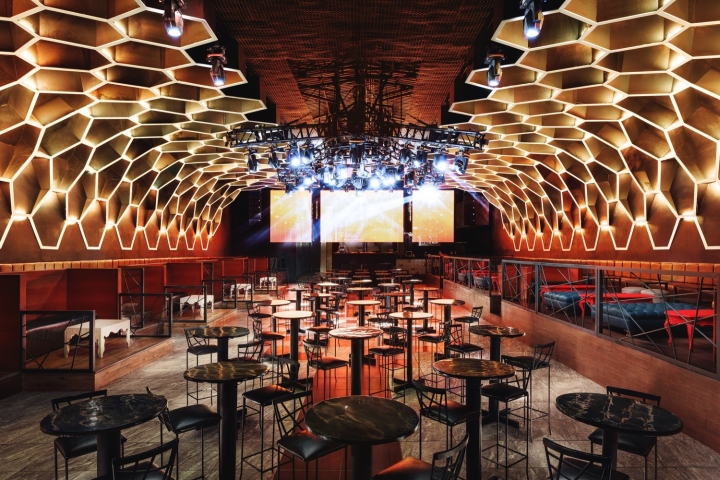 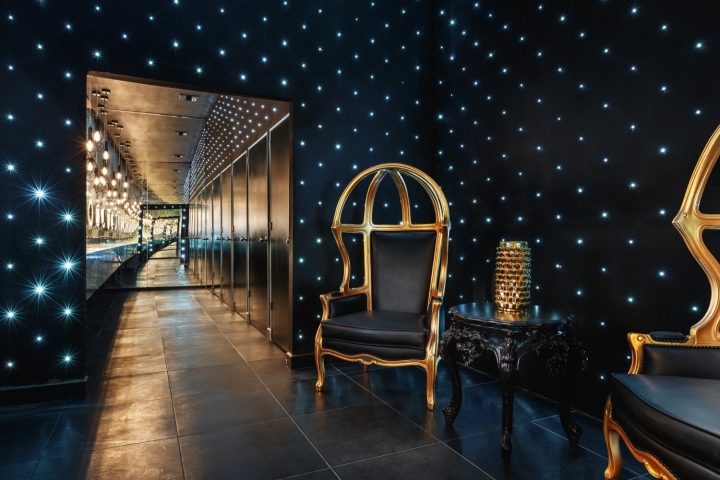 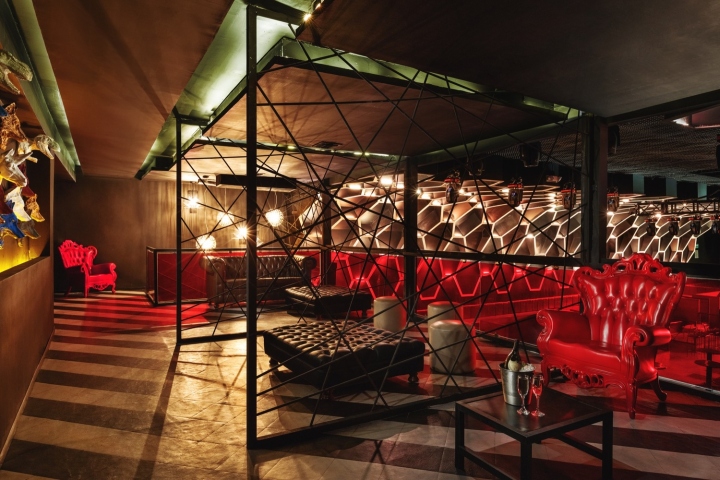 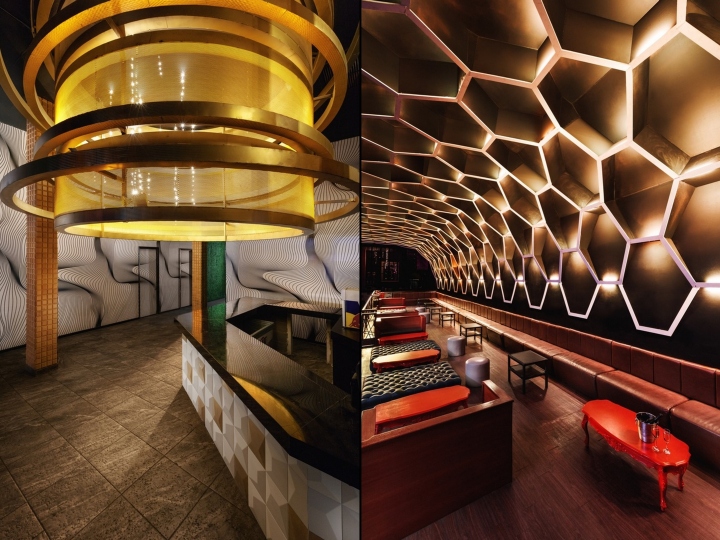 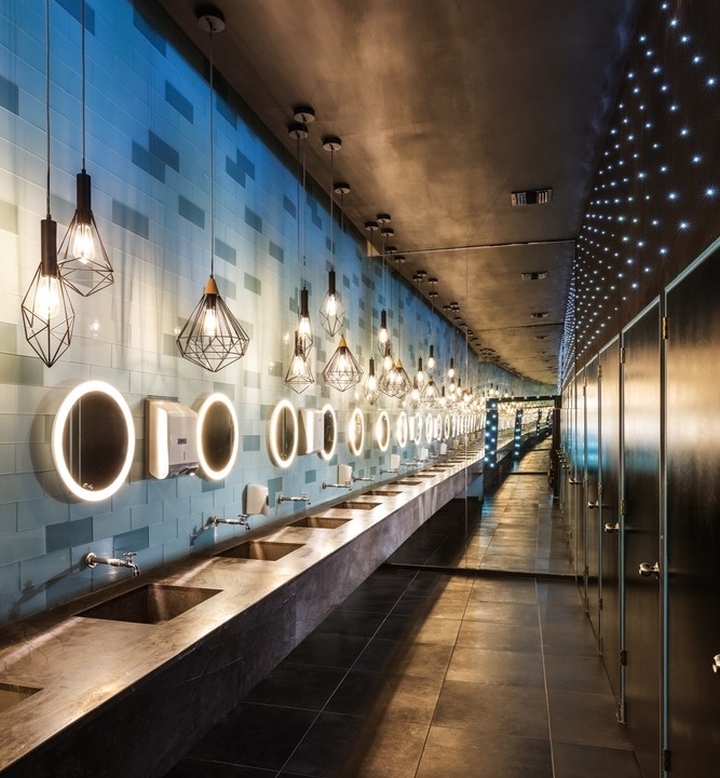 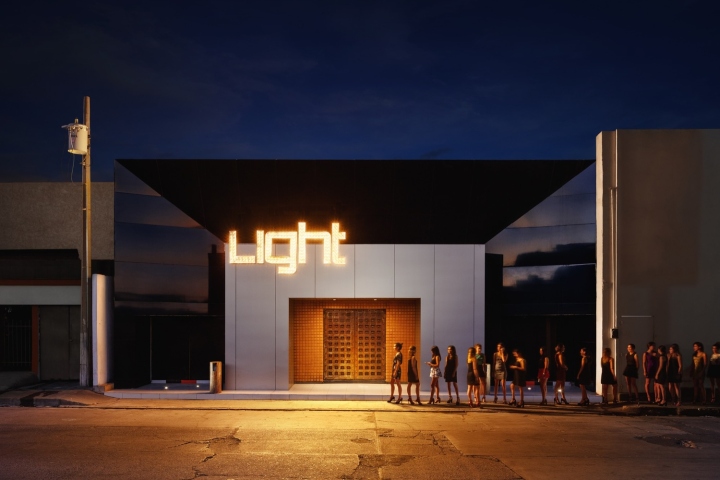 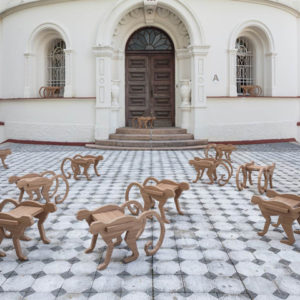 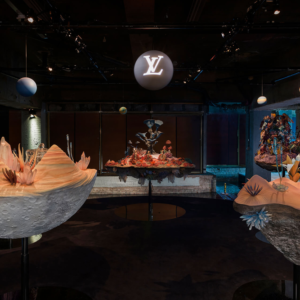 The Flipside exhibition at Selfridges by retail design blog 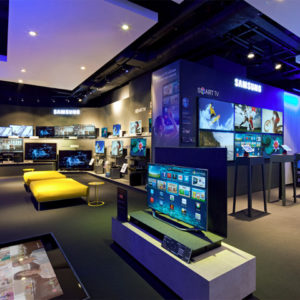 Samsung shop-in-shop at Selfridges by Dalziel and Pow, London by retail design blog 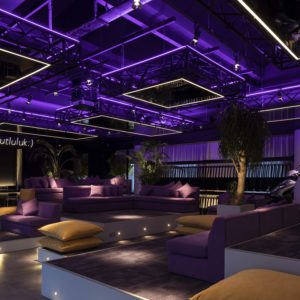