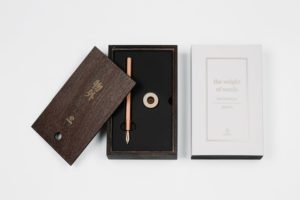 Cheval Bar and Restaurant by Ark4Lab of Architecture, Thessaloniki – Greece 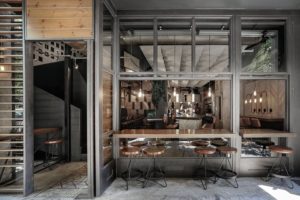 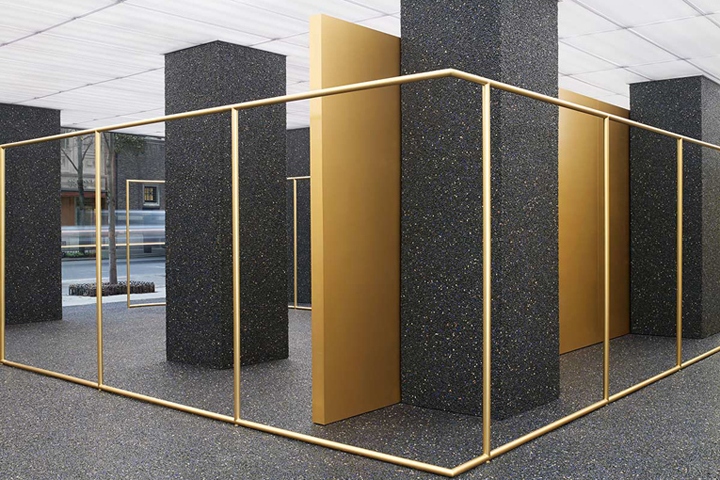 With the opening of a prestigious boutique on Madison Avenue, its largest to date, Acne Studios has officially entered the stratosphere of luxury brands. It’s evident that the Swedish fashion brand has aimed to reposition itself in recent years, and its retail design has proved to be very instrumental to get the message across. The outpost on the Upper East Side – mind you, it’s the brand’s third in New York City – rubs shoulders with a slew of peers from the upper echelon of fashion and lifestyle, and is a new benchmark for the Stockholm-based company. And as if to signal this feat, the sleek interior that has been created by Max Lamb, a designer and longtime collaborator based in London, flaunts an unapologetically shimmering golden look. The effect has been accomplished by an abundance of gilded metal panels, used to cover walls and create separate shop sections. Clothing is hung on steel clothing racks in the same hue, and mostly line the walls. By stark contrast, the flooring comprises of black asphalt and the substance is also used to clad support pillars. Lamb’s custom-made bronze furnishings – they look like intriguing rock formations, really – and colourful rugs add another visual layer. The ceiling is fully covered in rows of light boxes, and ties in each and every section the store. The new Acne Studios boutique carries the brand’s full range of men’s and women’s apparel, denim pieces, bags, shoes, small leather goods, eyewear, and underwear. 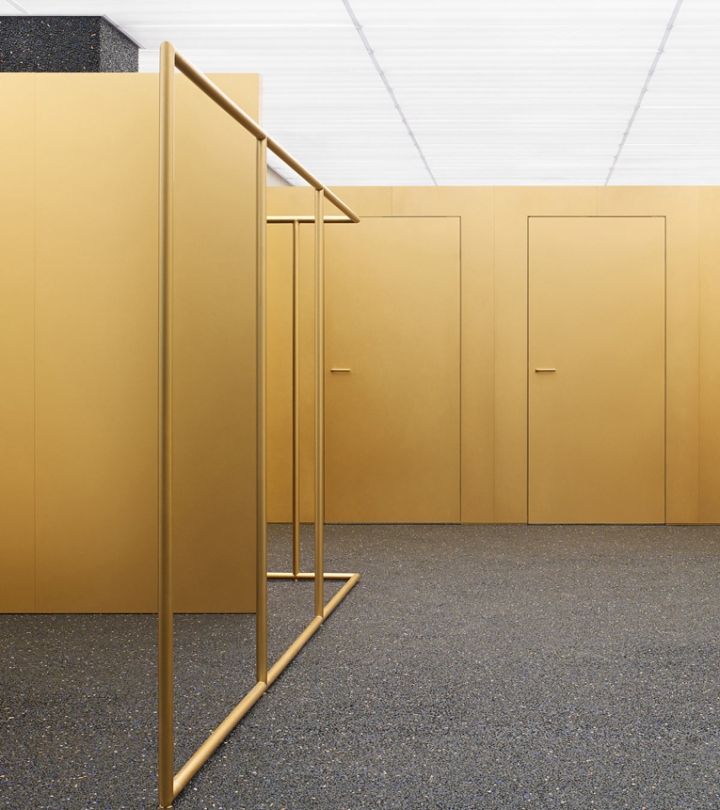 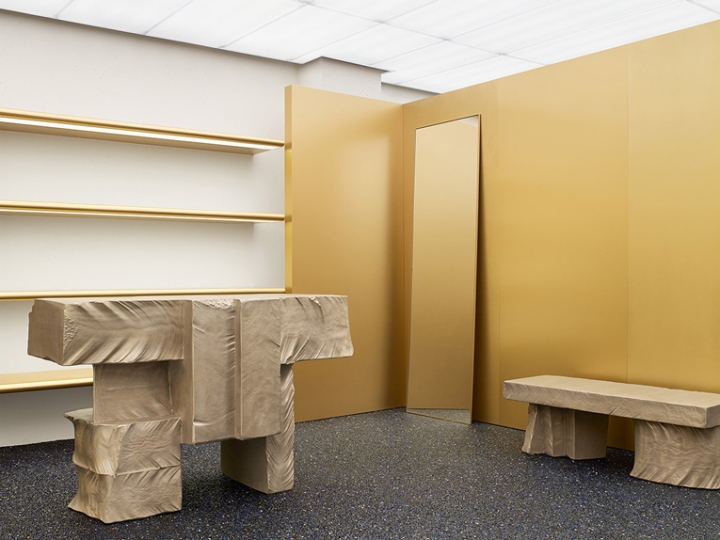 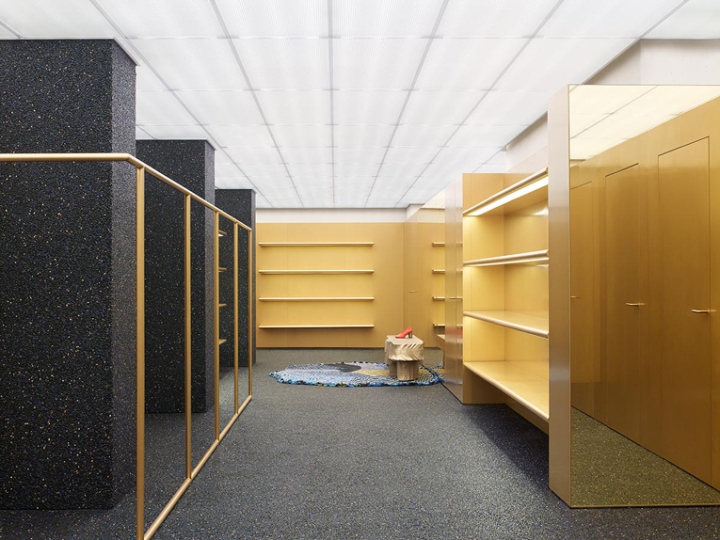 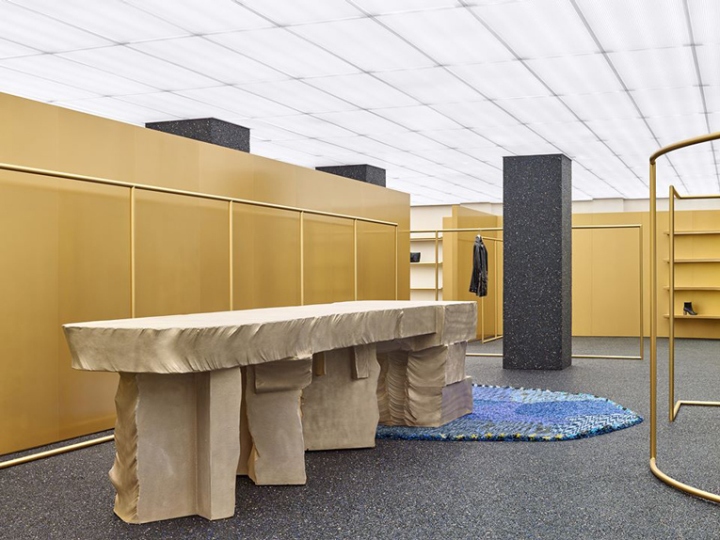 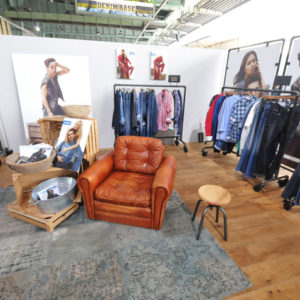 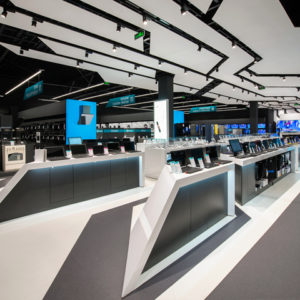 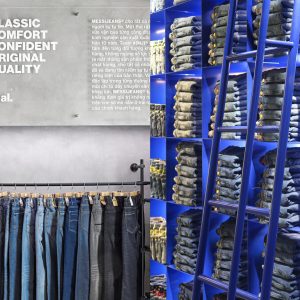 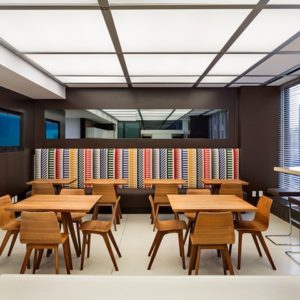