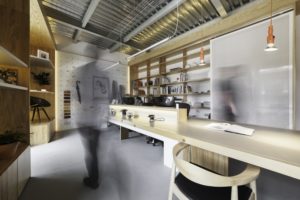 Coop’s Supermarket Of The Future by Area-17 & INRES, Milan – Italy 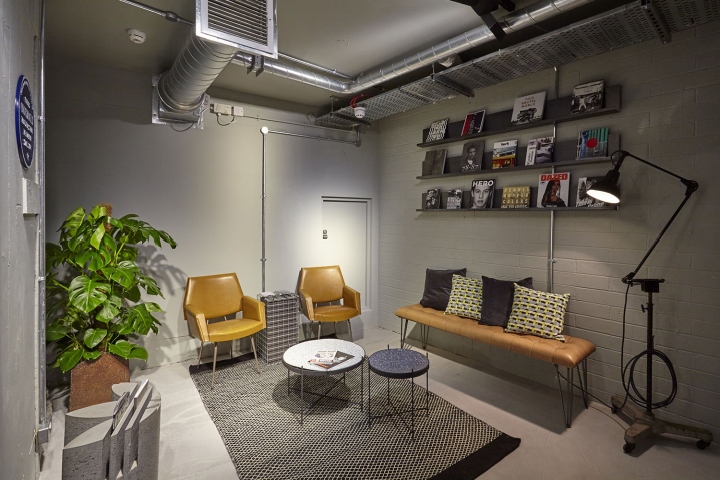 The Adidas Originals Flagship store in London recently underwent a revamp with a localised twist to make it uniquely relevant to London. StudioXAG designed and implemented two long-term “dwell” areas within the store – adding authentic elements of familiarity to the store as well as encouraging the local consumer to spend more time in the store. Taking reference from the iconic housing estates of London we brought the outside inside with reclaimed chimney pots used as planters and even a piece of the London streets in the form of a reclaimed pavement light re-purposed as a coffee table. Sourced mid-century British furniture, phone charging facilities and local magazines offer an inviting retreat from the busy streets of Soho. Other subtle nods to London include the rubber flooring from the Victoria Line tube used as table-tops outside the fitting rooms, as well as cushions made from the London Underground moquette fabric. We even had a Blue Plaque especially produced for the store referencing the English Heritage plaques commonly found across the city. 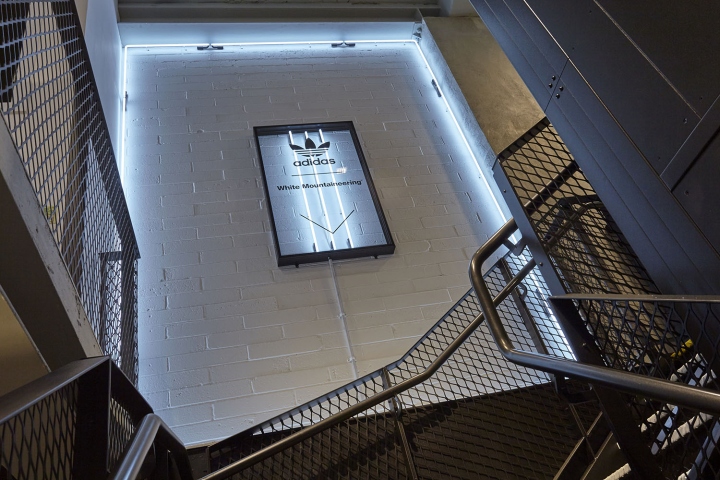 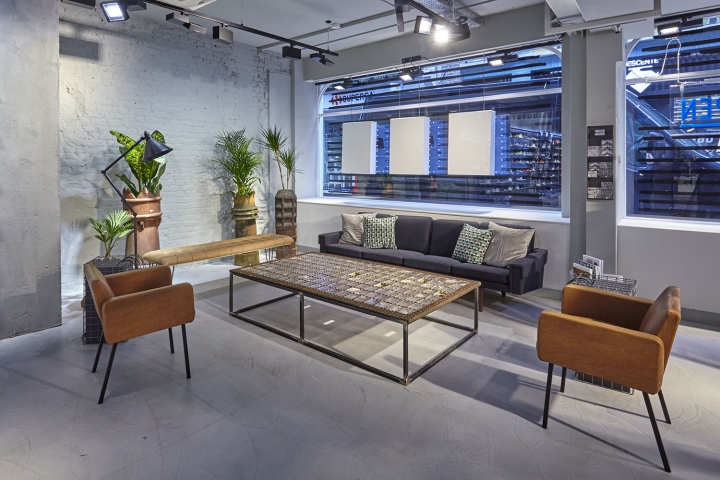 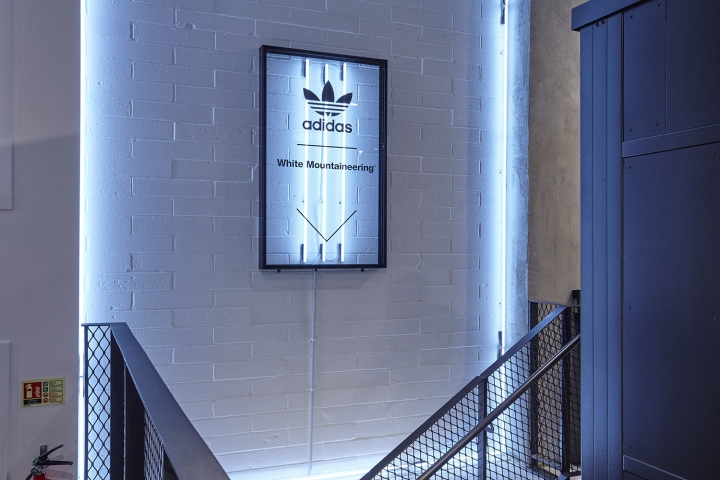 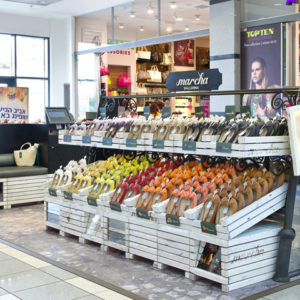 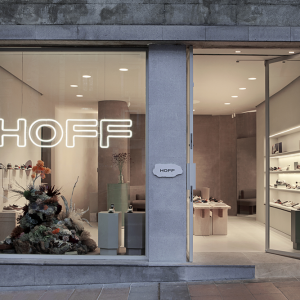 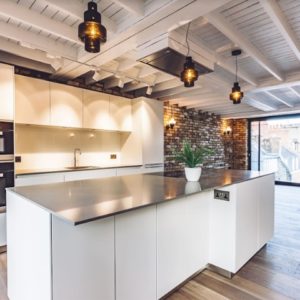