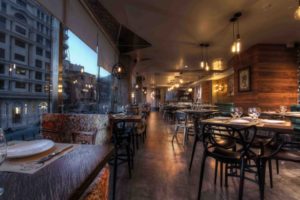 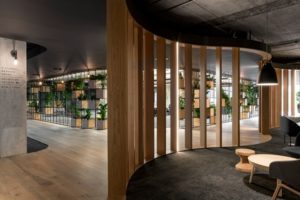 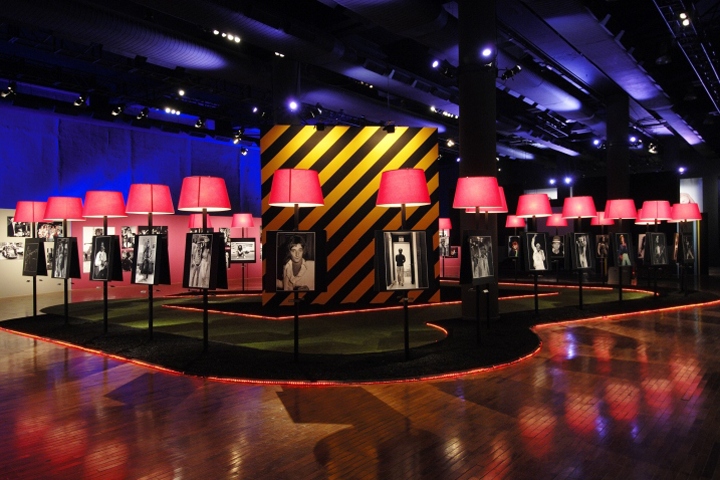 Rockers is a photo exhibition of international rock’n’roll photographer, Bob Gruen. The ARKITITO design studio created a dark and vibrant atmosphere that resembles a rock concert and that in some way could convey the setting of where those photos were taken. The photos were especially selected having in mind each section of the exposition, automatically with different designs for each of them. Strong colors, lights contrasts and graphism created a dramatic and dynamic architecture. There is a big box, in the middle of the room, painted with yellow and black stripes indicating a danger zone, where inside of it there is a quiet (or loud!) teenager bedroom, with all the magazines that Bob Gruen`s photos appeared printed and plastered on the walls. Another section of the exposition, for example, is called “back stage” and it shows dozens of small photos from the backstage of shows in the USA and London with the biggest figures of rock from the decades of 70 and 80. The “photo laboratory” was created with the classic red light, concentrating all the photographer’s equipment and some personal photos of his career accompanying, personally, the history of rock’n’roll. 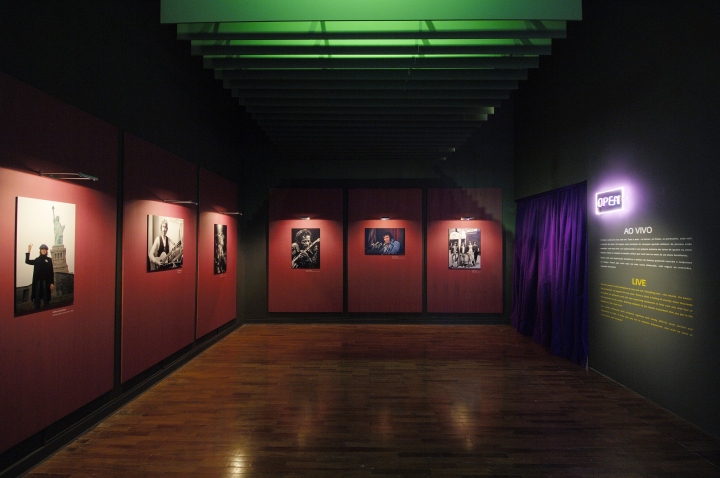 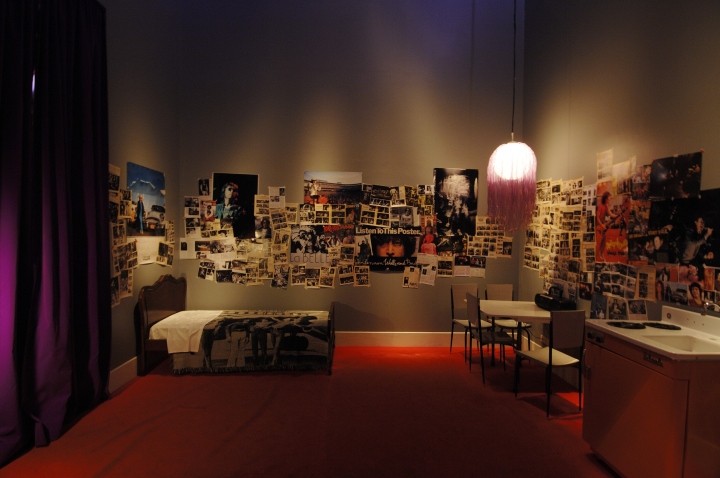 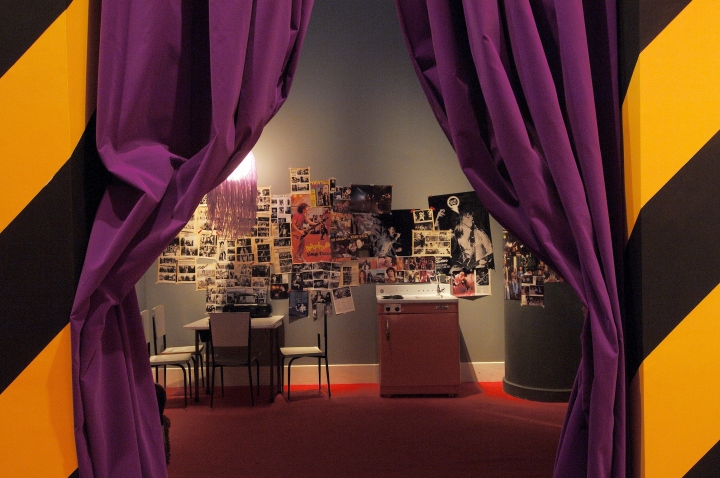 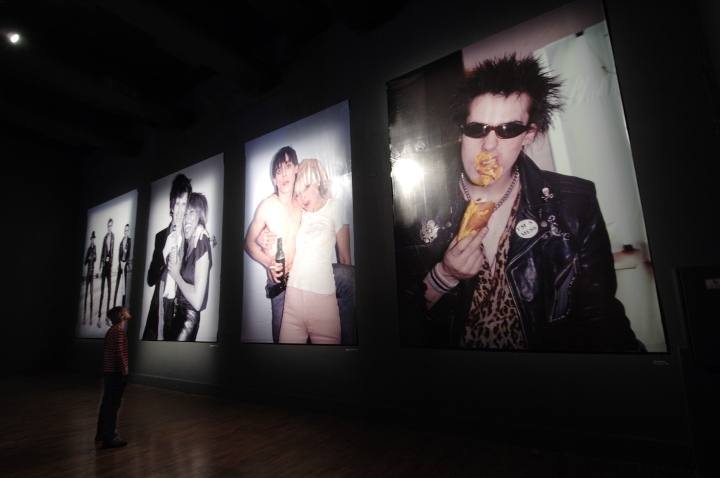 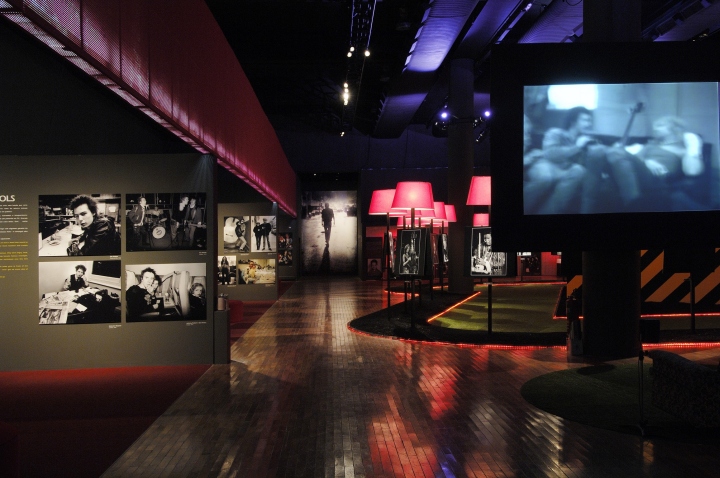 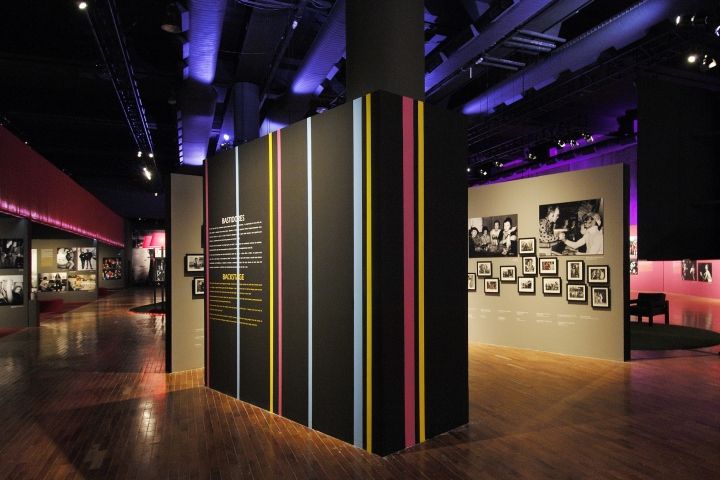 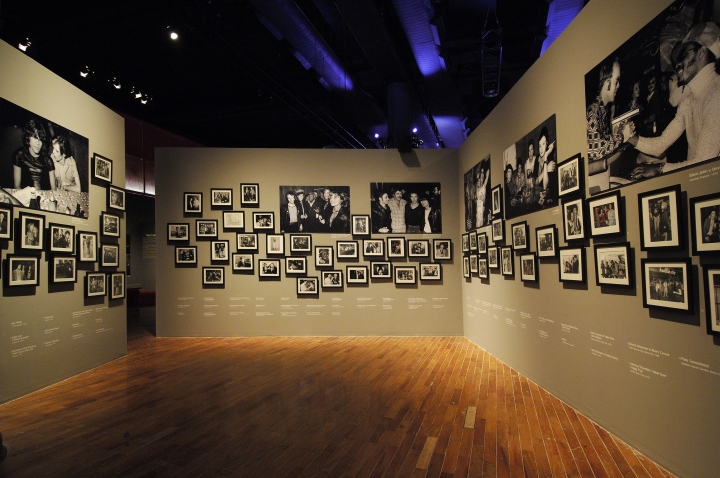 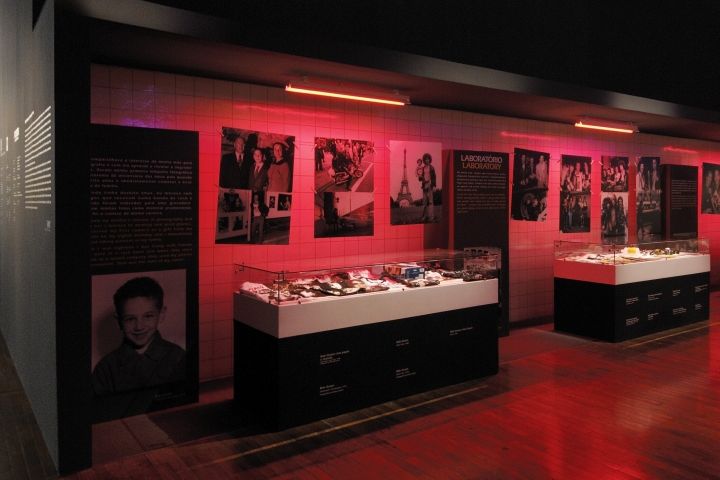 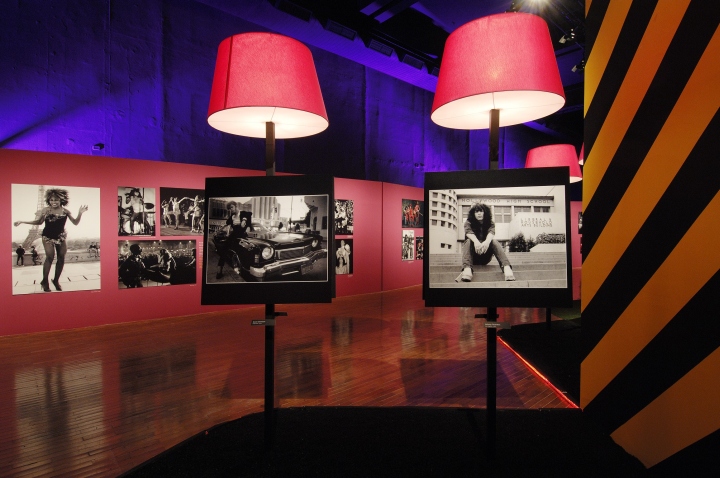 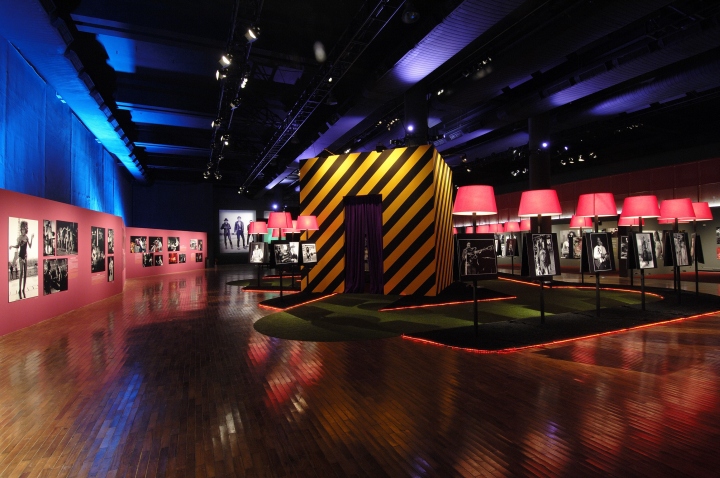 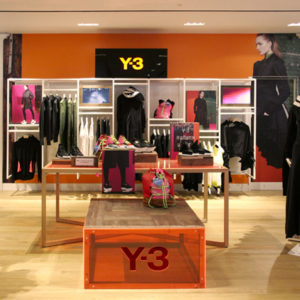 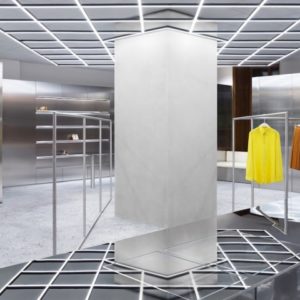 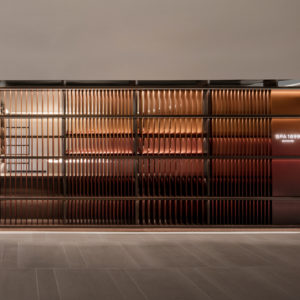 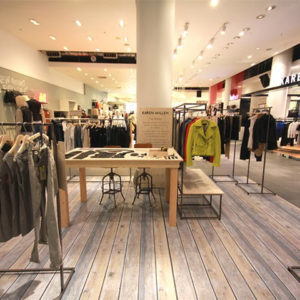