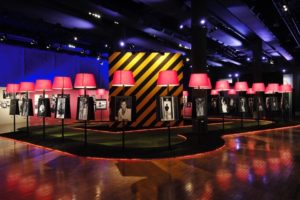 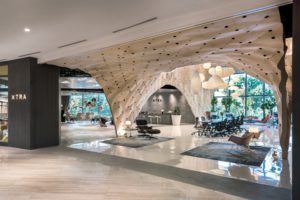 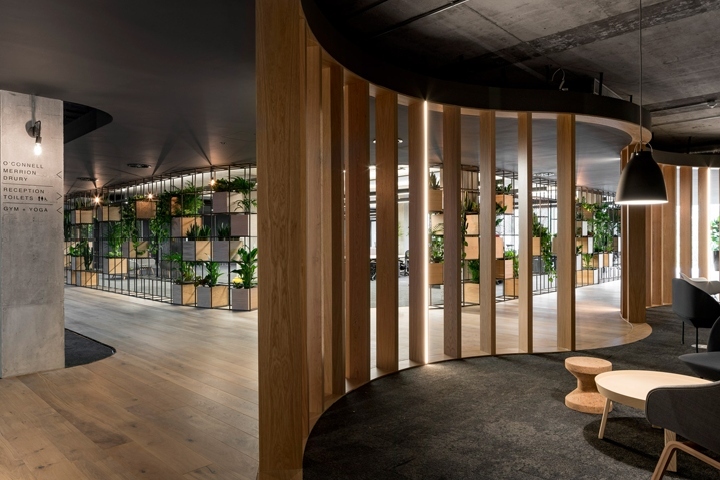 The “urban grain” of Dublin influenced ODOS Architects‘ design for the European offices of Slack, the company known for its inter-office messaging app. The San Francisco-based company opened a Dublin office to serve as its European headquarters in 2015 but soon outgrew its original space. For Slack’s new offices, which span 2700 square metres of the One Park Place building on Hatch Street in the city centre, ODOS Architects chose a dark colour palette and a winding layout inspired by the office’s locality. “The concept of the design originated from the urban grain of Dublin City,” said the architects. “Unlike the planned American streets with a regular street grid system, the streets of Dublin have a unique fluidity to their routes which in essence became the core of the concept. In this sense, the main circulation route was envisaged as a typical Dublin street.” In keeping with this idea, the main path through the office is designed to be a “lively, active” space with common areas for break-out sessions. The route is dotted with signposts that point to meeting rooms, social areas and workspaces – all named after real Dublin streets. All paths converge at an “all-hands space” that serves as the main meeting point for staff. It will also host events. For the colour scheme, ODOS Architects were keen to avoid the bright, primary-hued trappings of many technology company offices. Instead, the team opted for “more mature colour ranges” based in timber and greys. The floor is oiled white oak, and rooms are sectioned off by timber dividers, concrete pillars and a rebar partition holding plant boxes. Slack branding is kept minimal, with one company logo branded into wood panels by the lift and another lettered in black behind the reception. “The fit-out expresses the company’s desired aesthetic rather than an explicit use of corporate colours and logos,” said ODOS Architects. It is Slack’s second office completed in the last few months. Snøhetta designed the company’s Manhattan office, which features wooden bleachers and planted screens. 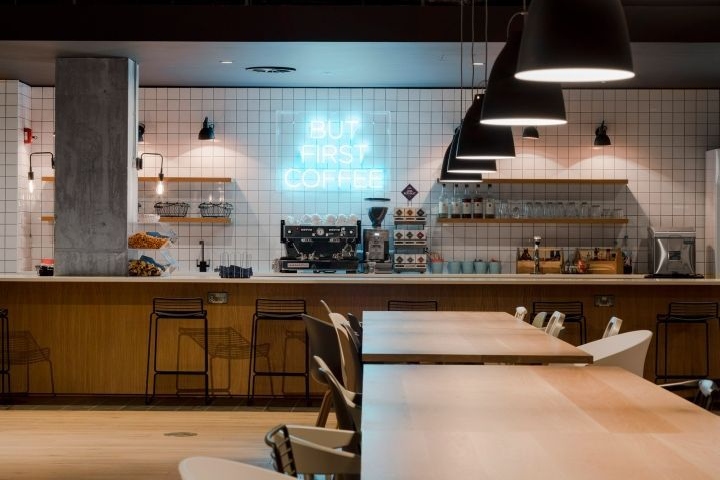 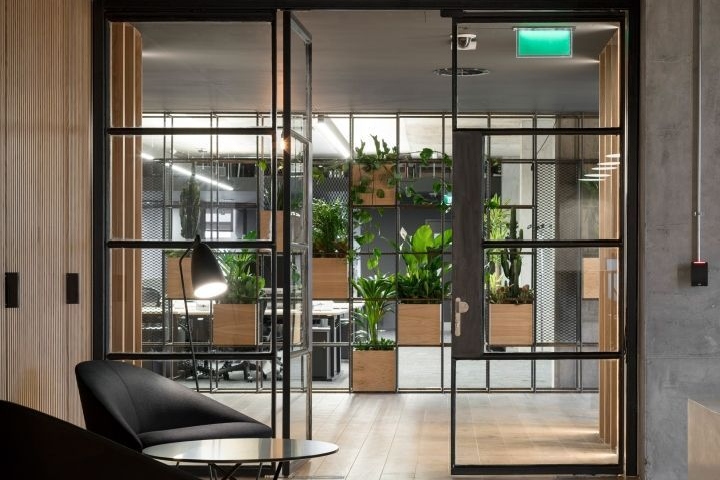 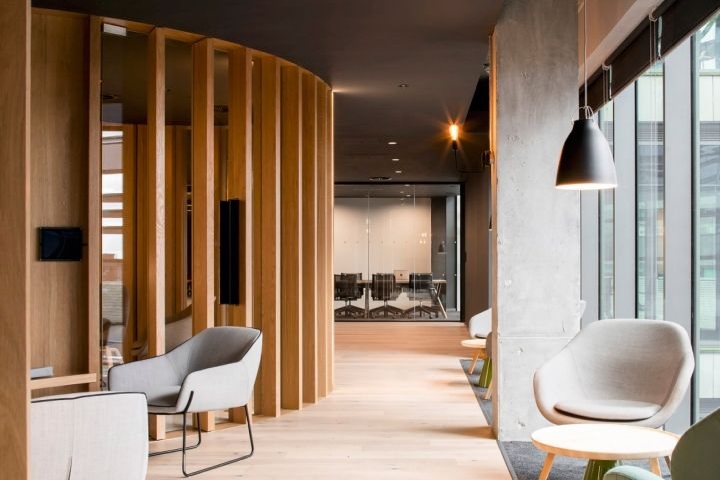 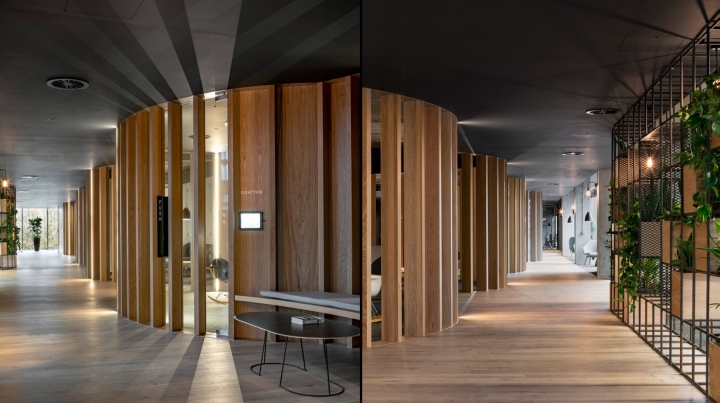 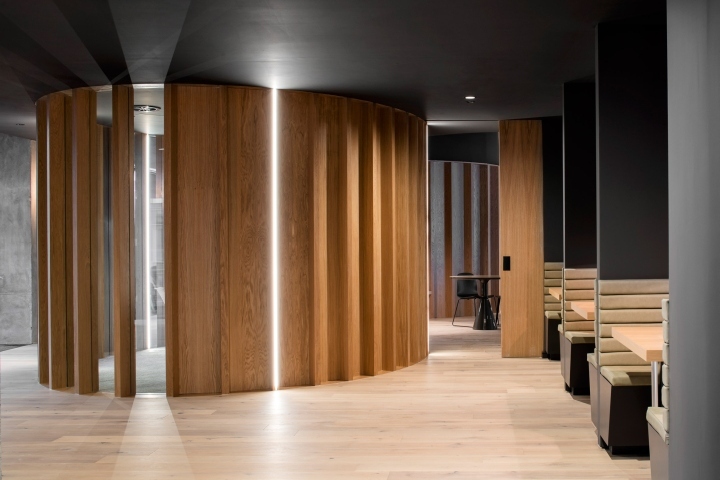 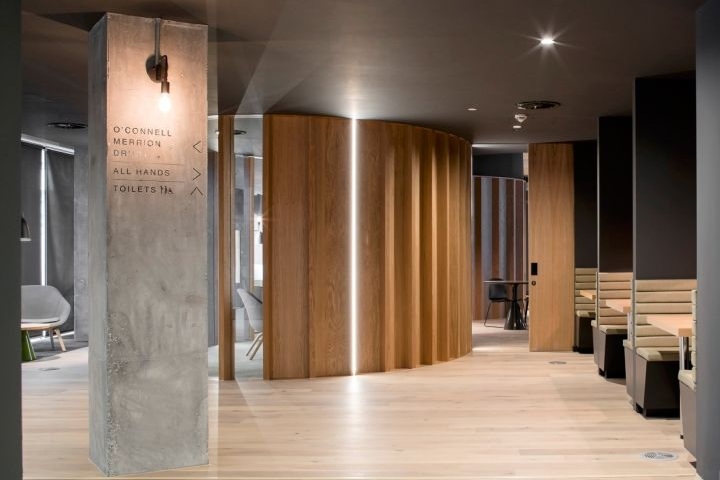 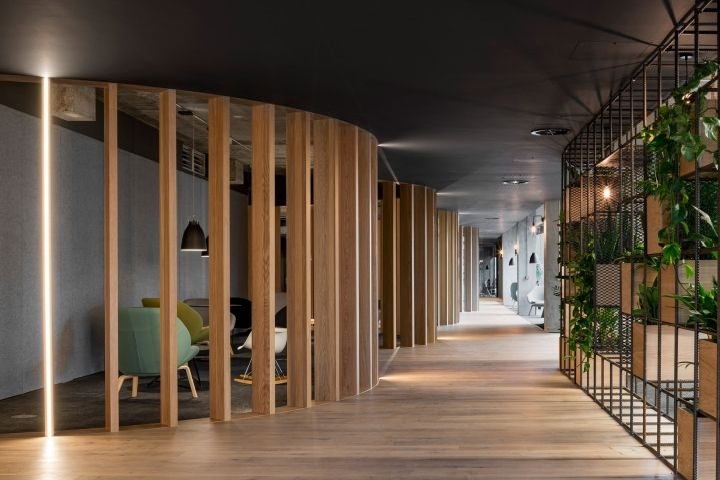 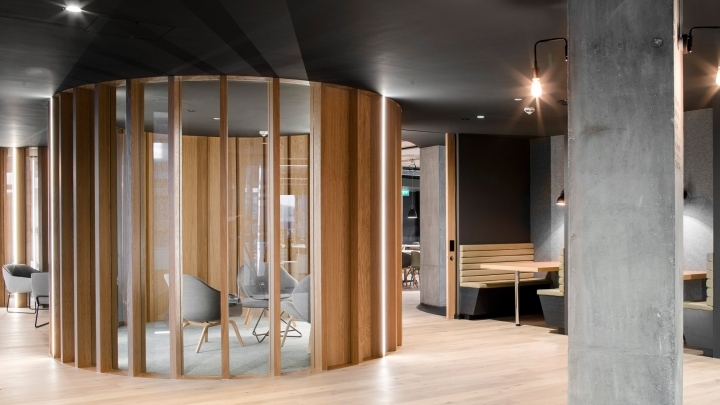 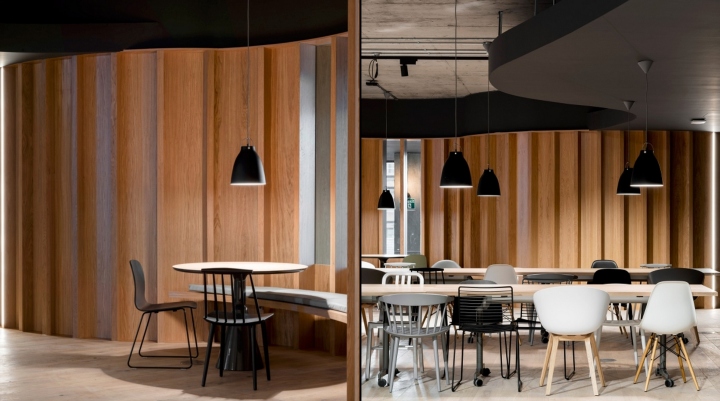 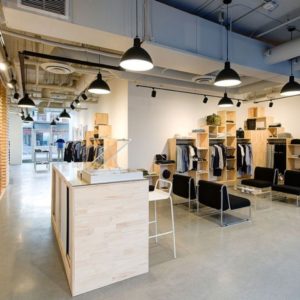 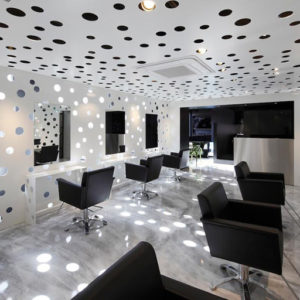 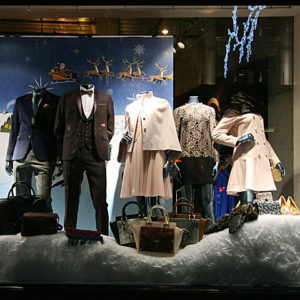 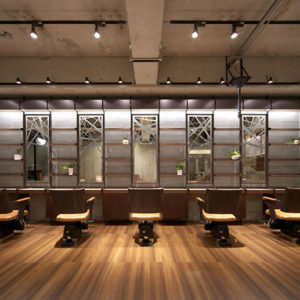