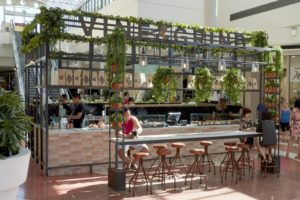 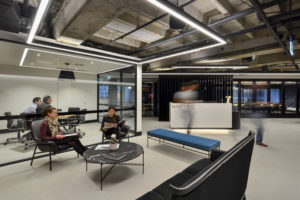 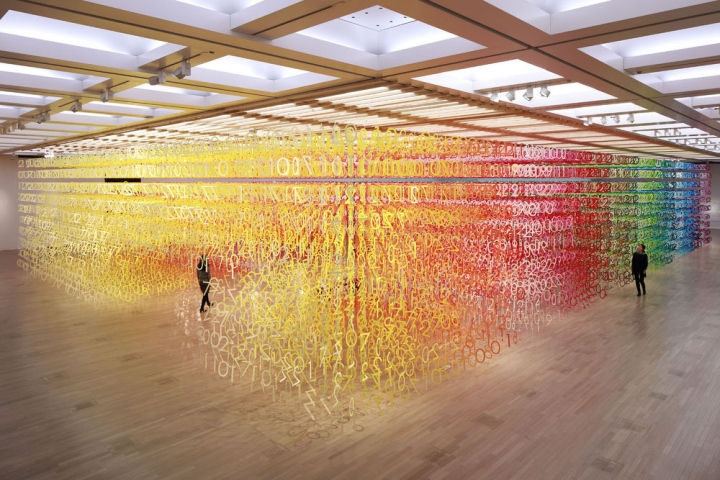 The National Art Center, Tokyo has celebrated its 10th Anniversary in January. As a commemoration, it presented the museum activities of the past ten years in the Special Exhibition Gallery room, which was superimposed with a large installation “Forest of Numbers” – the symbolization of the next 10 years to come. Used without any partition walls for the first time, the 2000 square meter White Cube exhibition room became a canvas of the installation, filled with “100 colors”, inspiration and emotion, which became the largest installation of Emmanuelle’s work. The installation “Forest of Numbers” visualized the decade of the future from 2017 to 2026, created a sense of stillness across the large exhibition space. More than 60,000 pieces of suspended numeral figures from 0 to 9 were regularly aligned in three dimensional grids. A section was removed, created a path that cut through the installation, invited visitors to wonder inside the colorful forest filled with numbers. The installation was composed of 10 layers which is the representation of 10 years time. Each layer employed 4 digits to express the relevant year such as 2, 0, 1, and 7 for 2017, which were randomly positioned on the grids. As part of Emmanuelle’s “100 colors” installation series, the layers of time were colored in 100 shades of colors, created a colorful time travel through the forest. Inside the colorful forest, two girls and one cat were lost inside, added playfulness to the installation. In concert with the installation, the compilation of exhibition posters from the last ten years filled the wall on the right, and the opposite wall across the room simply expressed the next ten years with white numbers. Because photography was exceptionally allowed, the installation has spread through various social networks, increasing number of visitors. This installation was created with the cooperation of 300 volunteers, excited the attention of over 20,000 visitors in 10 days. 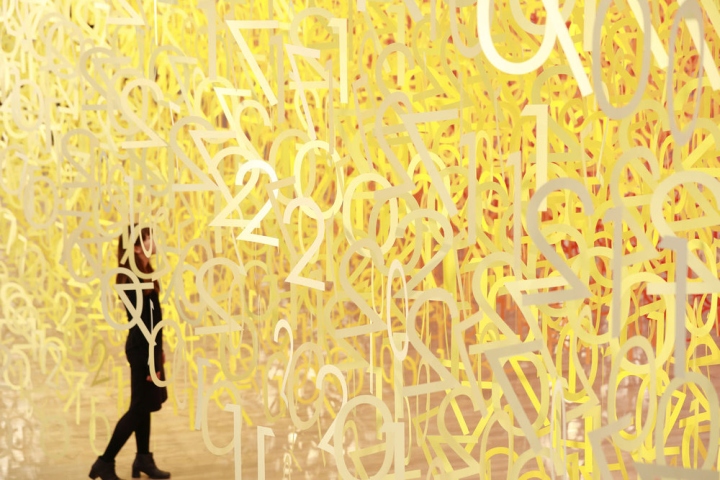 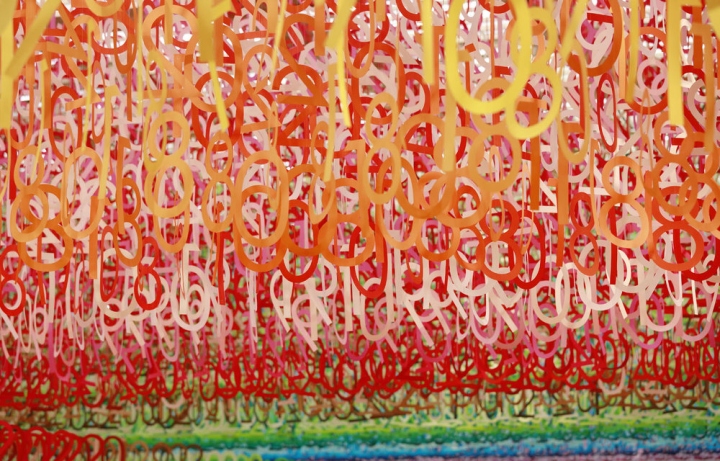 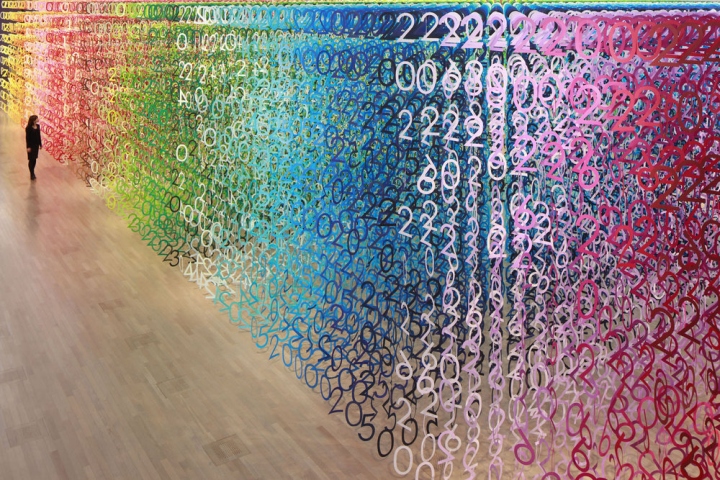 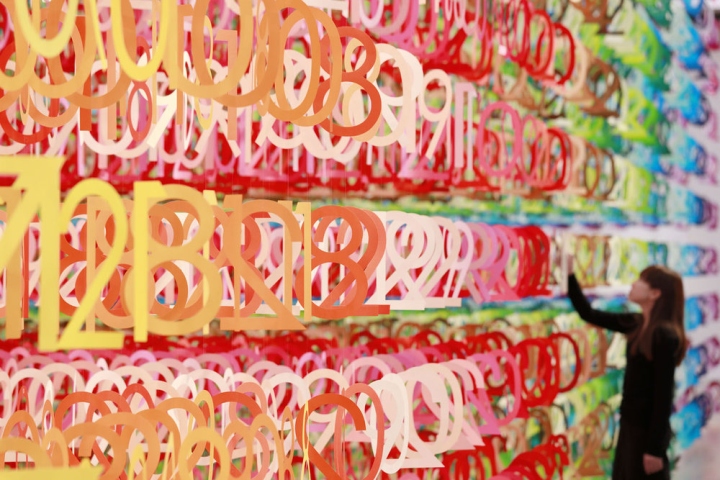 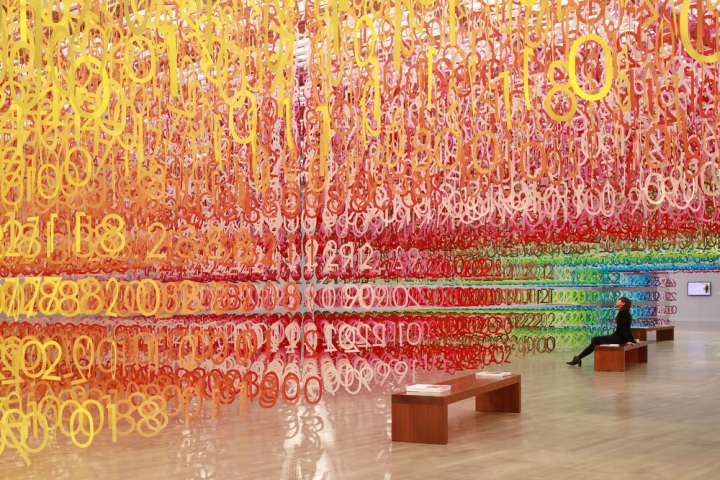 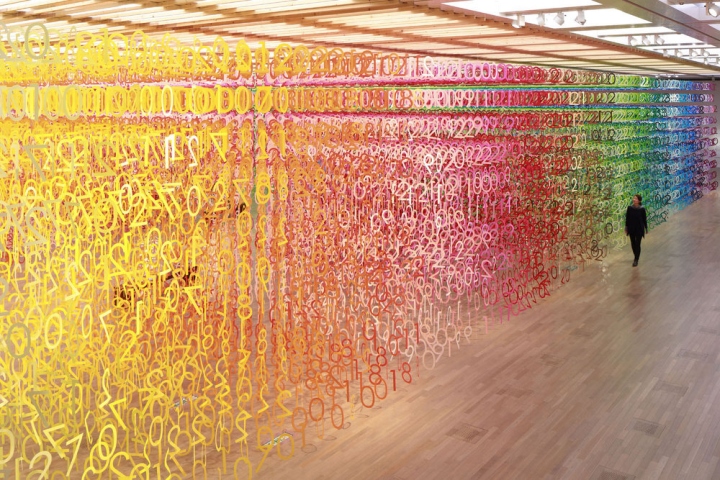 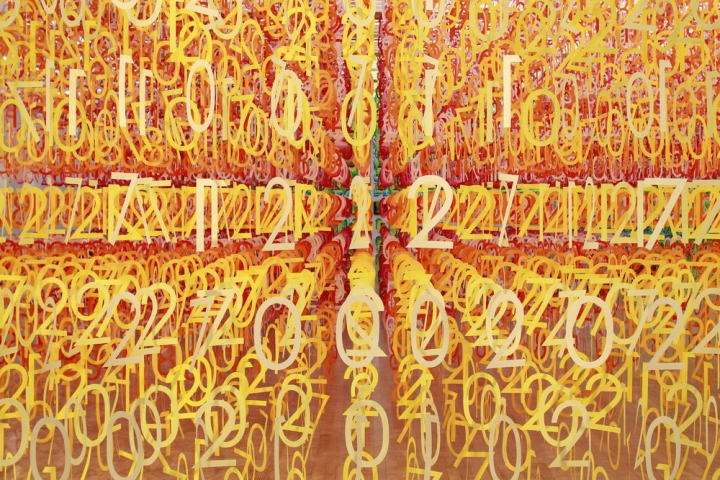 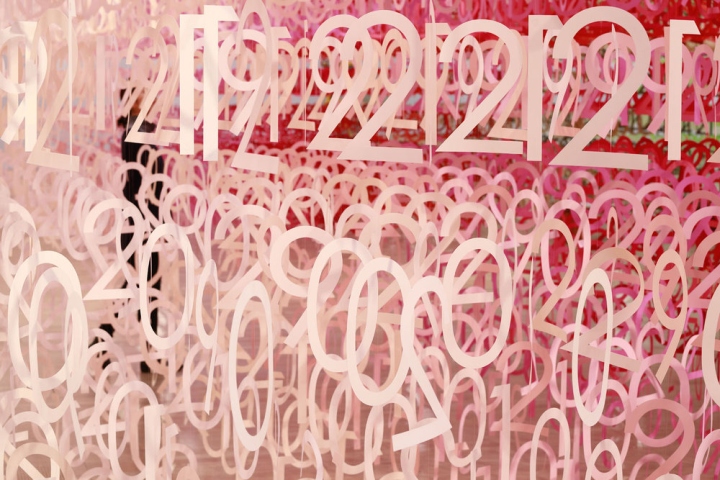 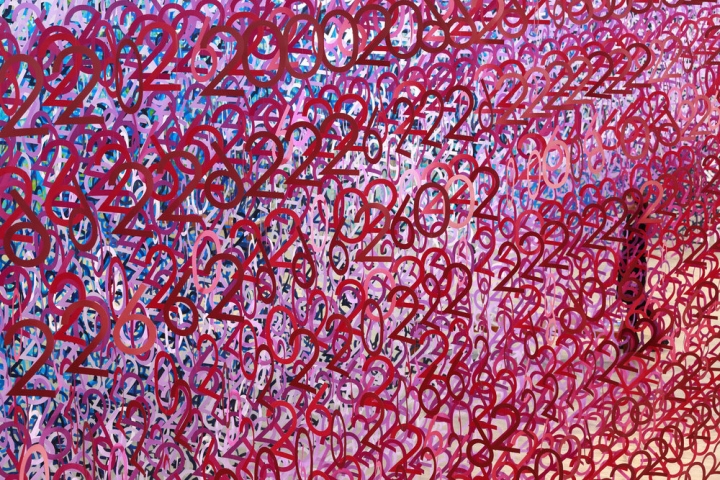 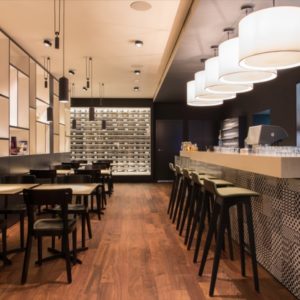 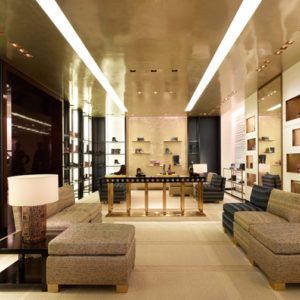 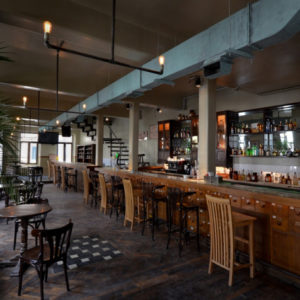 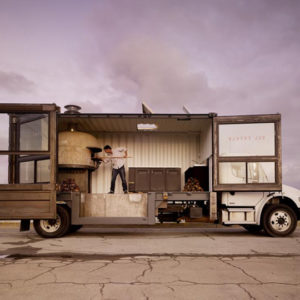