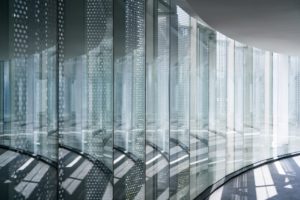 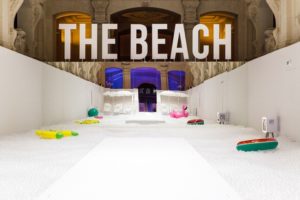 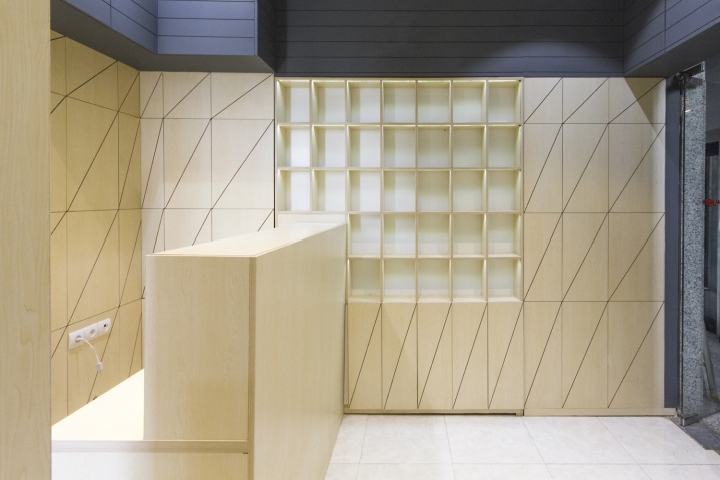 The Grand Bazaar of Tehran as the biggest commercial center of Iran, with over than 400 years history contains more than 10 kilometers corridors, hundred thousands shops, several historical buildings, mosques and so on. Project “11” is one of those small shops located in the heart of Bazaar dedicated to producing and selling stamps. Duo to the oldness of the building we had to reconstruct some parts of the roof and walls in order to make it safe. So we started to demolish previous parts, reconstruct them better, and cover them up with new materials according to our scheme. With new expectations from the owner during reconstruction, we faced new limitations which we had to cope with, such as locating 2 big desk and a workshop stand, providing enough storage spaces and an exhibition stand all in just 11 m2. These new limitations guided us to choose the current design concept which is the usage of simple range of colors for the entire interior space in order to get more calm atmosphere; meanwhile simple surface in front and a graphical pattern as background, so with the help of this idea we could hide storage spaces easily. Arranging oblique lines continual as the desired pattern on all 4 dimensions, generated a moving pattern of lines on surrounding walls. So finally we could have big solid surfaces as foreground of an active background. 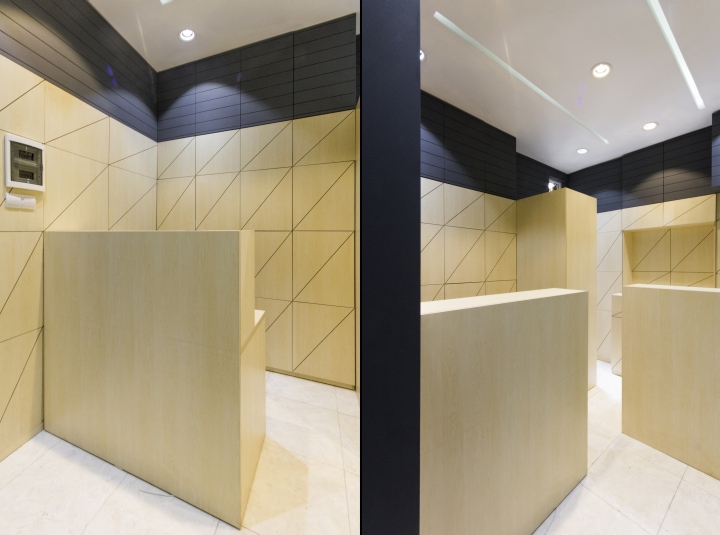 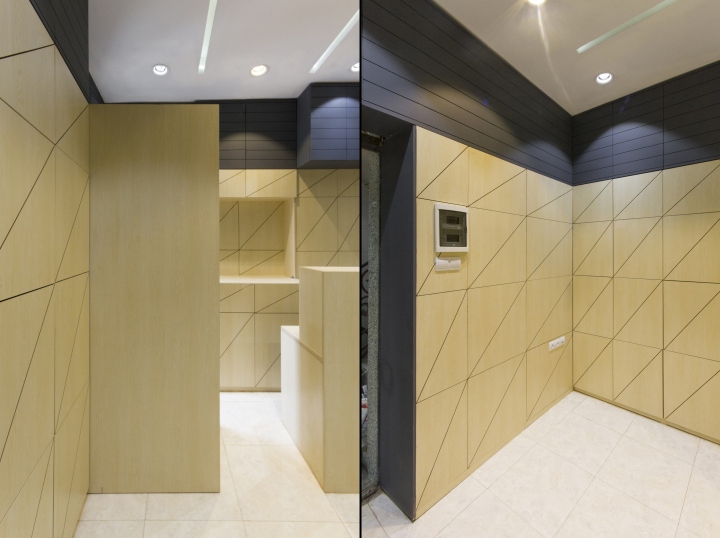 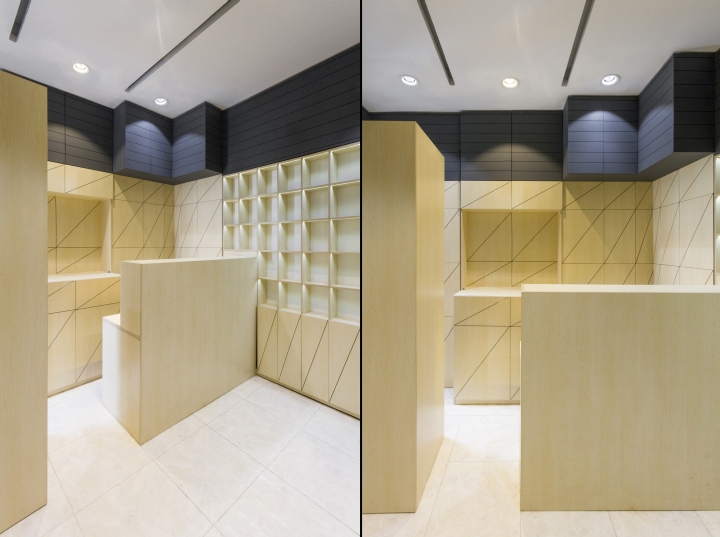 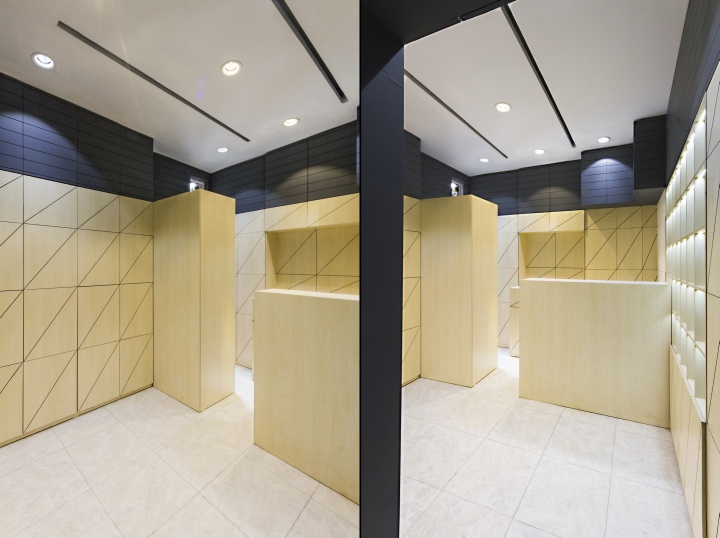 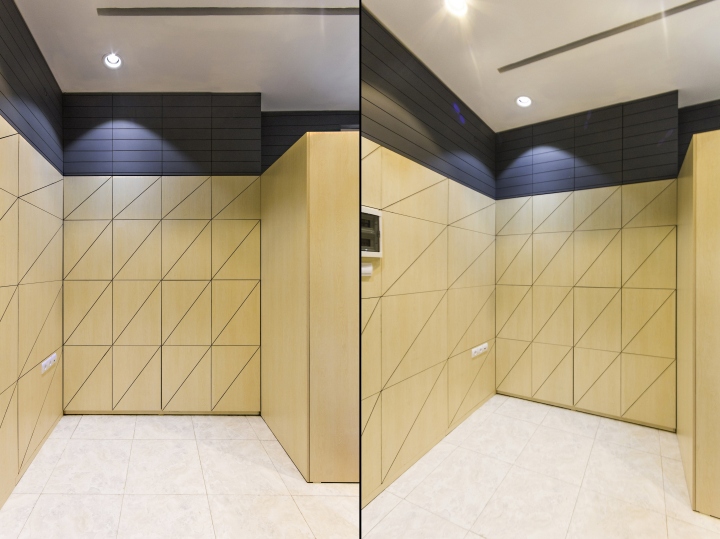 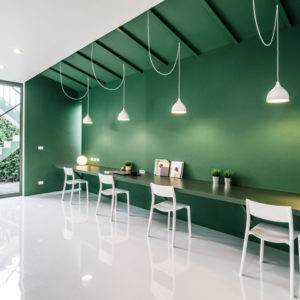 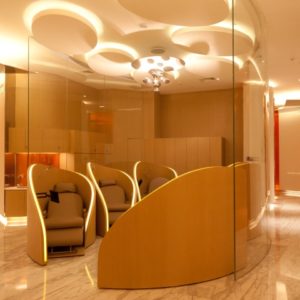 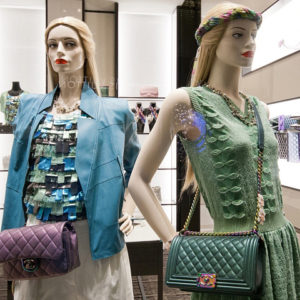 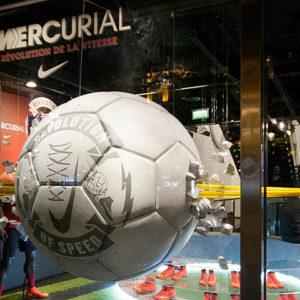