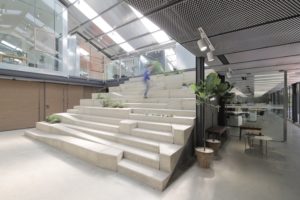 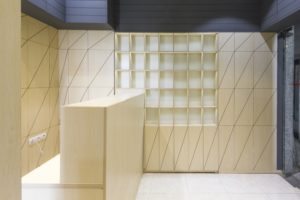 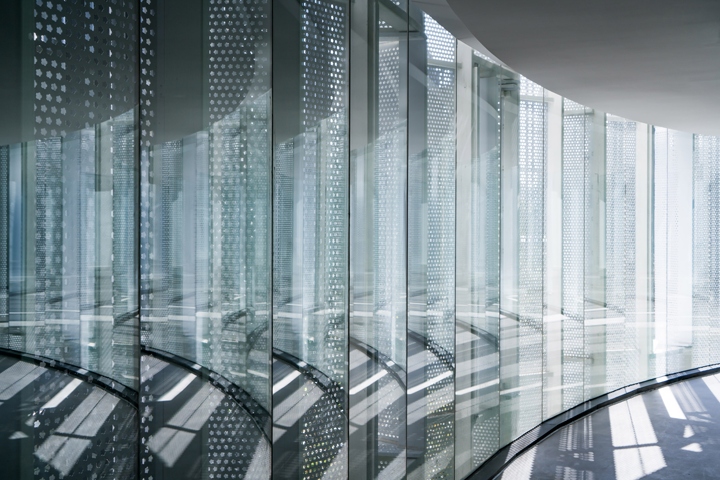 Perforated-aluminium screens zigzag around the walls of this cylindrical arts museum in Shanghai, which was designed by Wutopia Lab and features a 1970s-style rockery. Local architecture studio Wutopia Lab was asked to create the museum for the former manager of an enamelware factory, who wanted a space to showcase Chinese craft products – including metalware decorated with elaborate enamel patterns. In response, the architects proposed creating a gallery space for the products accompanied by a coffee shop, a bed and breakfast, restaurant and other activity areas including a study and chess-playing rooms. To create the cultural centre named Eight Tenths Garden, the studio renovated a four-storey cylindrical hall attached to a two-storey-high building formerly used as a sales centre. The perforated plates of white aluminium cladding the circular building, which the architects folded like the pleats of a fan, are intended to block views from the tranquil garden to the interior. “We use perforated aluminium plates folded in a fan-style to create a veil on the facade,” said the architects. “This veil is not the climate border, it has a glass curtain wall, a yard as well as a balcony behind,” they added. “We created a blur between the facade and the climate border.” Another two buildings on the site enclose a triangular garden in the centre, which the architects landscaped to include a pool, small rockeries and stone bridges that emulate a 1970s park in the city. “We hoped to build a garden that pays tribute to the Shanghai street park from the 1970s, as well as to the local garden history,” said the architects. A double-height gallery space occupies the first two levels of the circular-planned building. Here, enamelware objects including cups, plates, basins and a bathtub are arranged around the outskirts of the space. The bed and breakfast bedrooms are located on the fourth floor, each with access to a private courtyard and a vegetable garden occupying the roof. Offices placed on the third floor are occupied by the client’s son, who has started a contemporary brand for enamel products. Eight Tenths Gardens is one of a number of recently completed buildings featuring perforated metal facades. Other examples include a skinny Taiwanese townhouse, a commercial building in Japan and social housing in France. 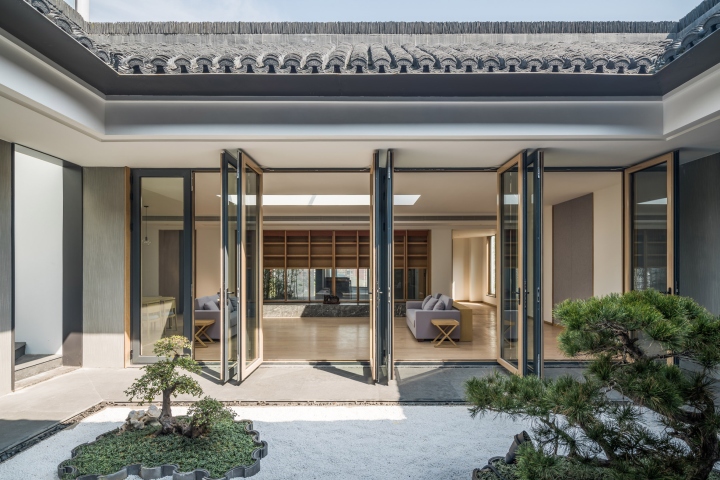 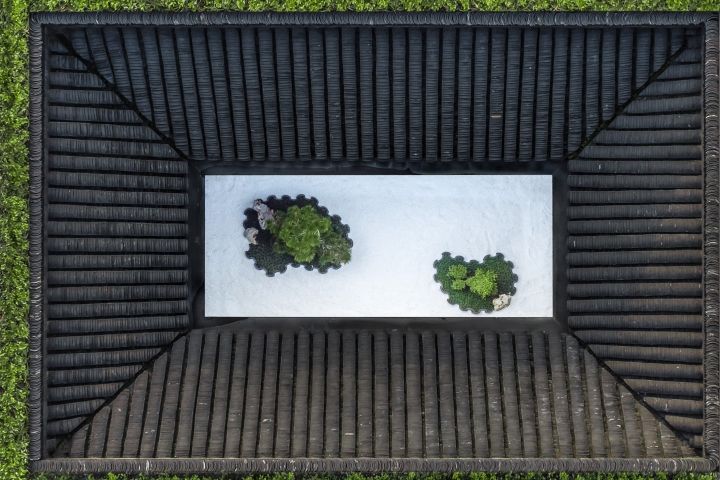 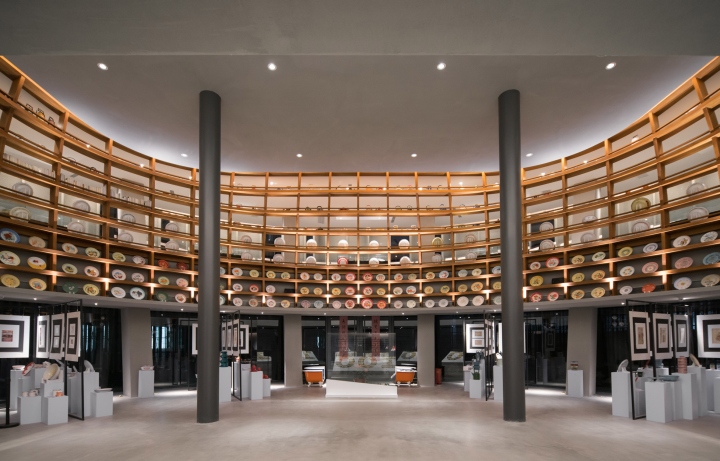 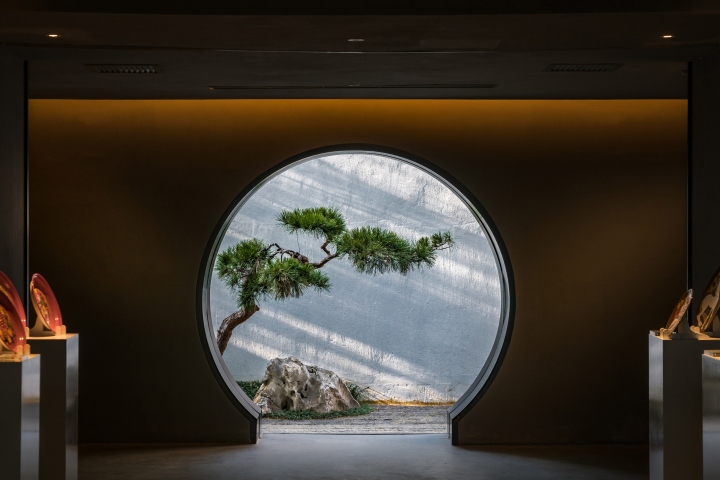 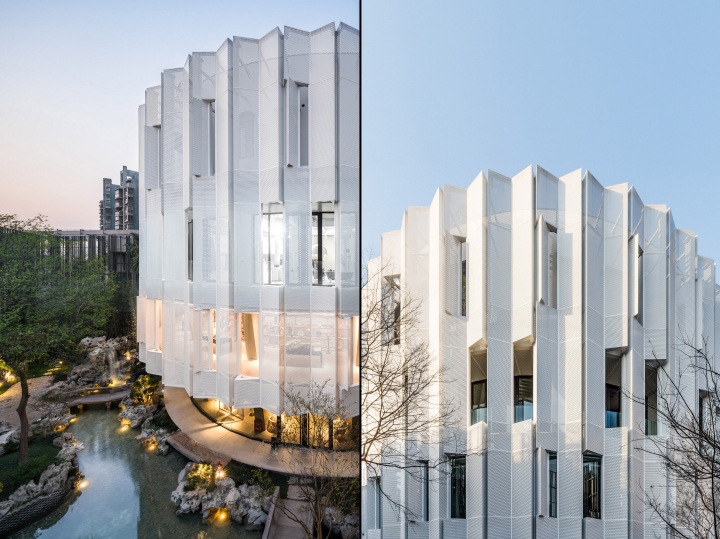 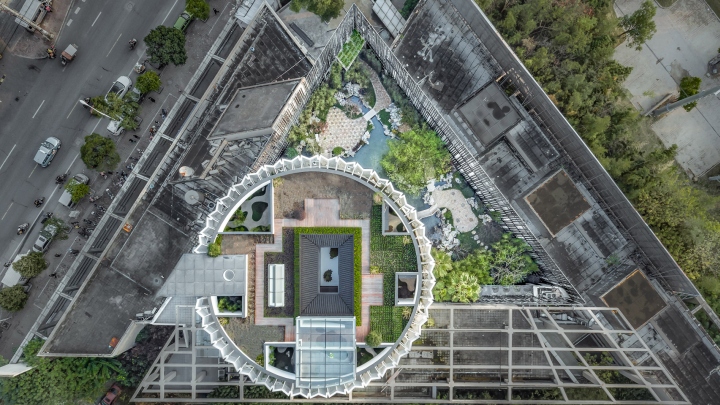 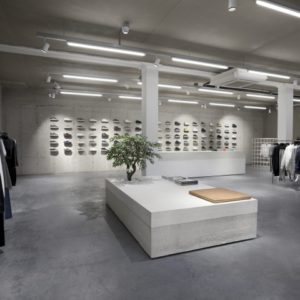 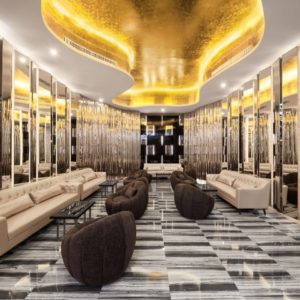 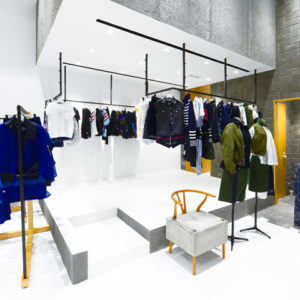 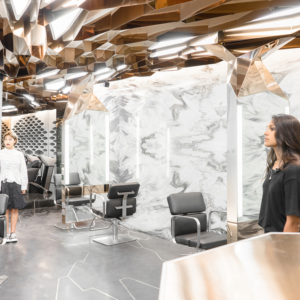