Latvians in World War I exhibiton by H2E, Riga – Latvia 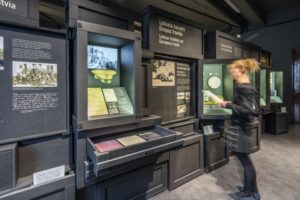 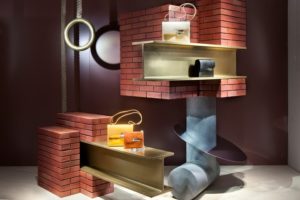 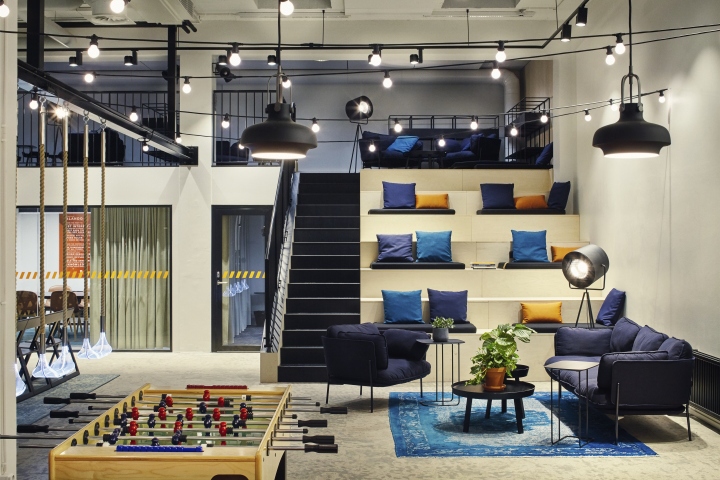 Zalando’s new premises are an asset for recruiting. Interior Architects Fyra provided Zalando, the company known for its online retail business, a Tech Hub where you can hop on a swing or use the restrooms without having to queue. There are a couple of things you cannot help noticing when entering the Tech Hub of Zalando, the company known for its online retail business: Hulk, the green superhero, jumps at you from the fire door, there are swings with LED lights embedded in them hanging from ceiling beams and work stations where one can work in peace and quiet even if there was a party going on in the offices. Sounds like the office of your dreams, and it should: Tuomas Kytömaa, Site Lead at Zalando Tech Hub, considers the outstanding new premises an asset in the recruitment market. “This is really important. It helps branding when you see this is the coolest tech hub in Helsinki.” When Interior Architects Fyra was assigned to provide the interior design for the Zalando Tech Hub in Helsinki, there was a clear-cut vision from the start: Zalando hoped for not only more space but for a raw industrial look, a vivid colour scheme based on the brand colours and a wide variety of work areas and stations. When a 1400-square-metre space in the central Helsinki became available, Taru Leppänen, Interior Architect at Fyra, knew she had found a gem. “When I saw the space I thought wow. You could immediately see the possibility of dividing it in two sections: one high-ceilinged space for events and hanging out, and another dedicated as a quiet working space.” Splitting the space into two resolved the entire interior architecture for the facility. The events area with a ceiling reaching the height of almost ten metres was practically rebuilt in its entirety. There you can play billiards, have lunch, hang out with your colleagues, work in the sofa area on the mezzanine or swing on the light-embedded swings. This section is also used for lectures, events and parties as it can be separated so that people can continue to work at the other end of the premises. The starting point for the office design was to ensure a quiet atmosphere for working. The layout makes sure that you cannot walk between the work stations as the corridors circle outside the work areas. Phone booths were situated so that there are no distractions or curious looks from passers-by. Solutions were provided for all the special requirements – some of which were more surprising than others. “A larger quantity of men’s restrooms were needed as this predominantly male company offers soft drinks all day”, says Taru Leppänen. “One of the employees told us that this is the first office where their child wants to come to work. Of all Zalando offices throughout the world, this is the most amazing and absolutely the best, which is something even our German colleagues always say”, Tuomas Kytömaa says. Zalando did not have a real estate manager or a project manager in Finland so Fyra was in charge of not only the designing interior architecture but also of the comprehensive project management of the entire assignment. Zalando’s Kytömaa is extremely grateful and speaks highly of Fyra’s professional competence in design and process management. Another fact he appreciates is that the Fyra team takes a tour of the offices every now and then to check for possible imperfections and contact the developer if something needs to be addressed. “Fyra was a trusted companion and we will definitely use them in the future. Had they not been there for us in this project this could have turned into a disaster”, says Kytömaa. 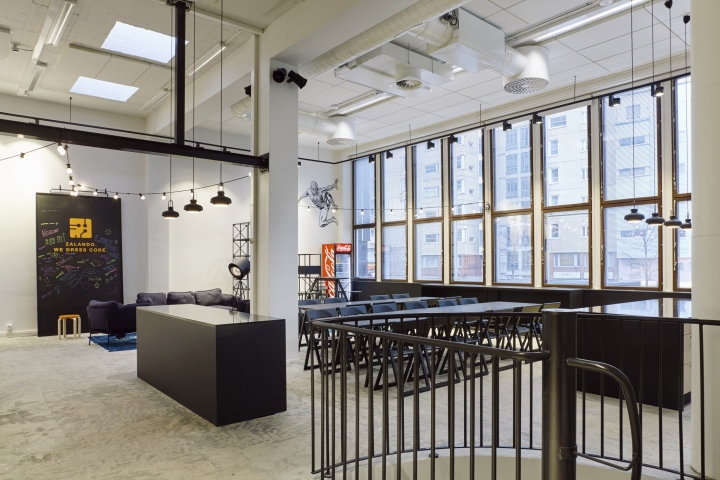 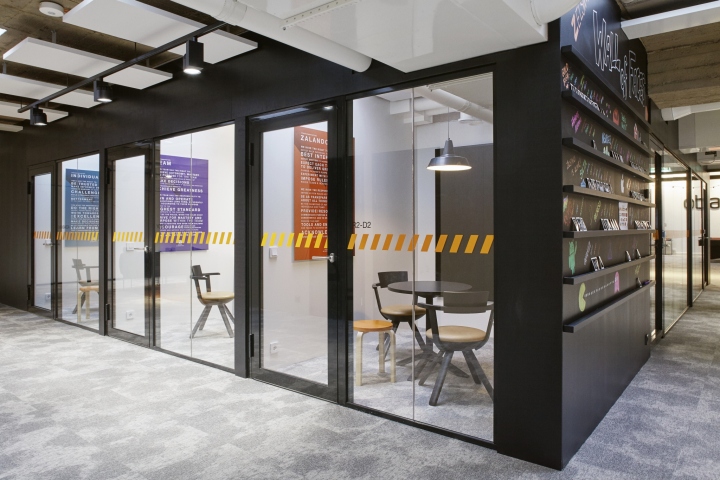 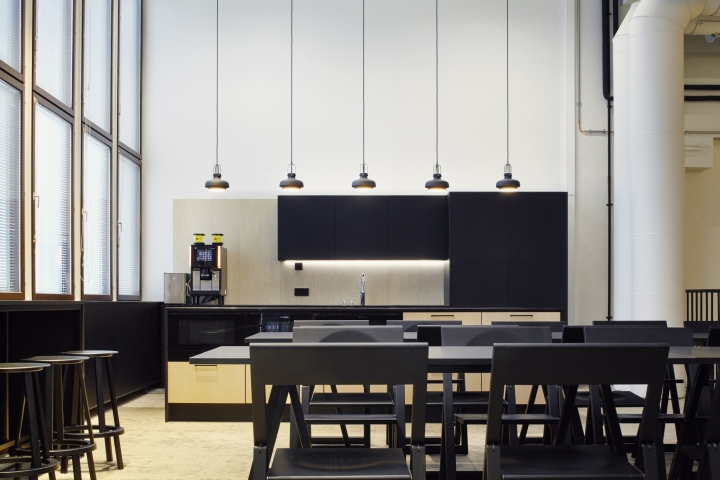 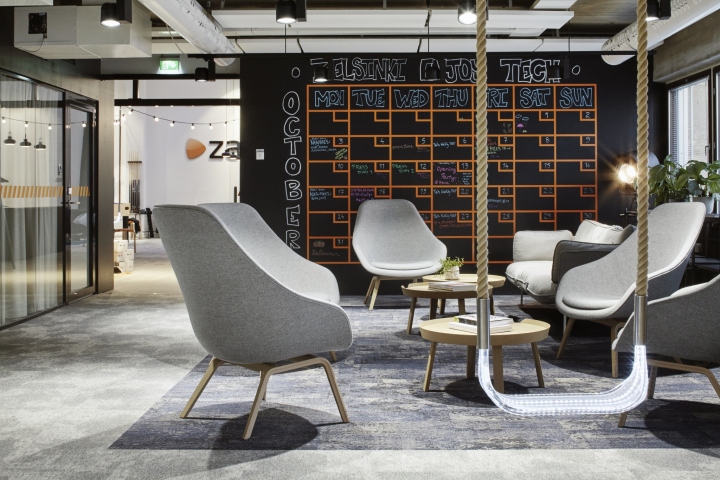 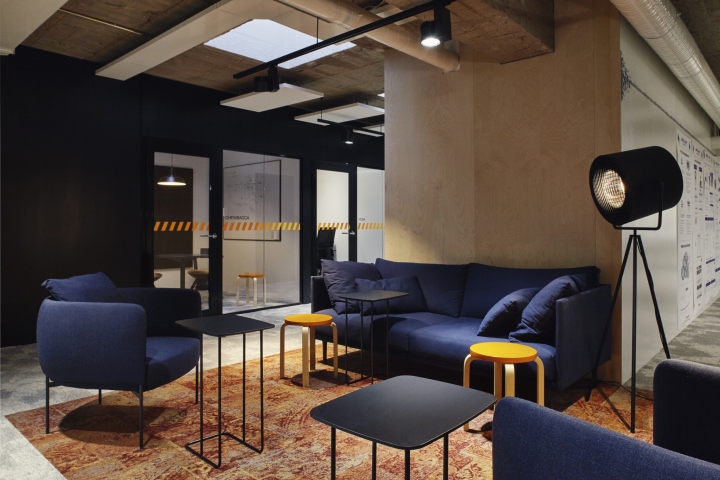 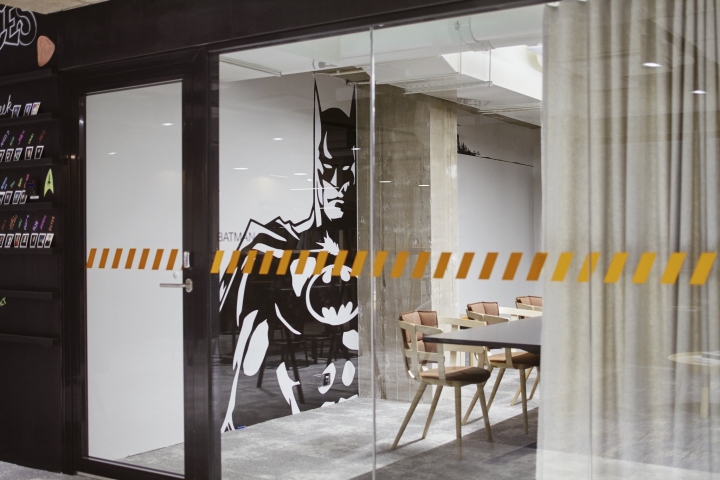 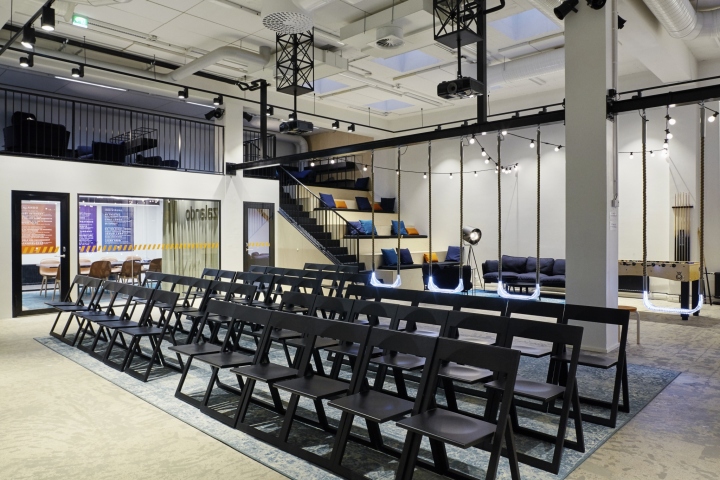 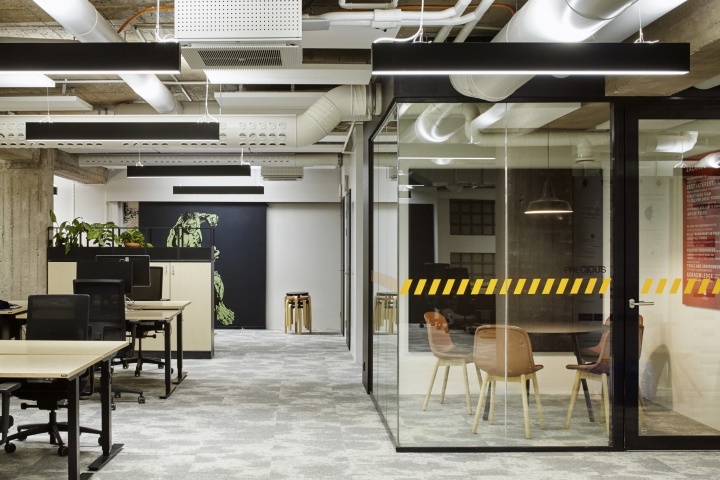 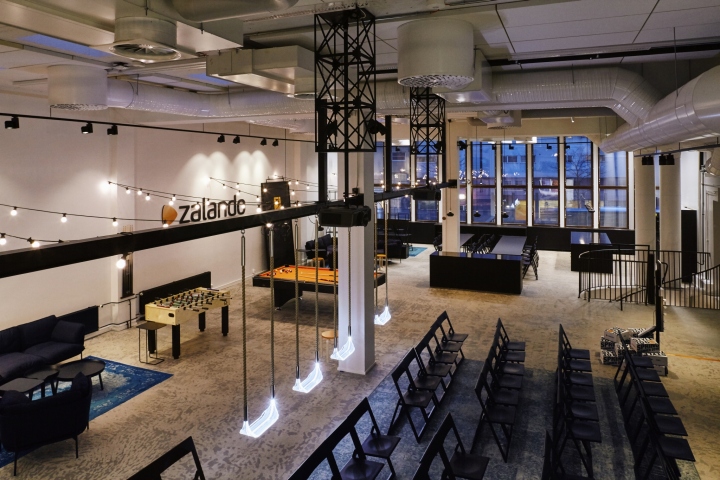 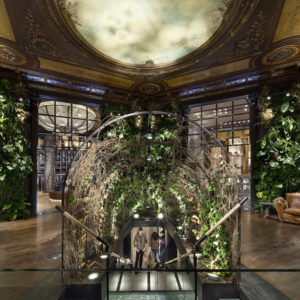 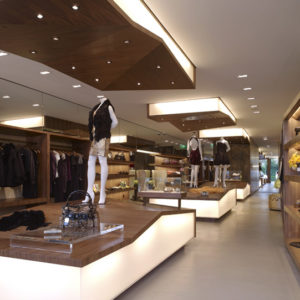 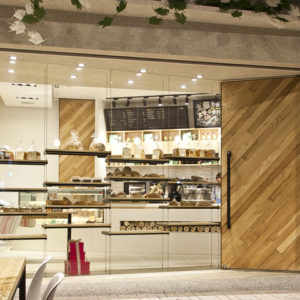 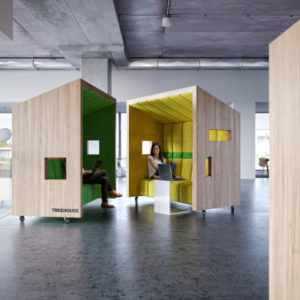