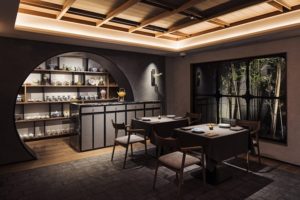 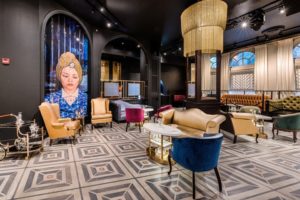 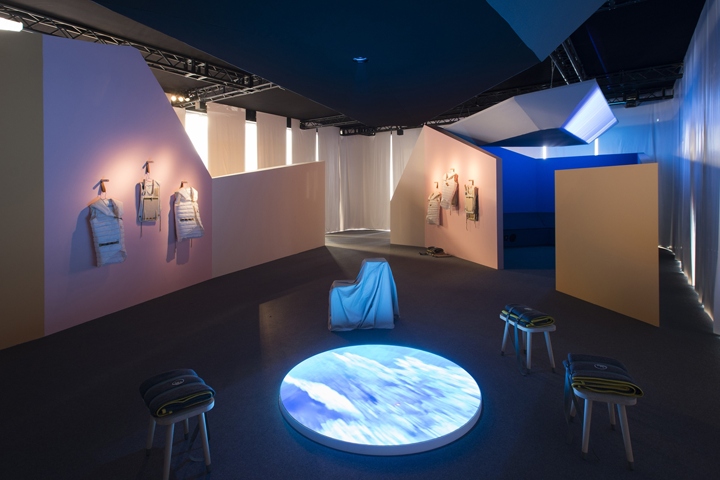 Incorporating a space that can spark moments of interaction, such as a social hub by the coffee machine, is often at the fore when designing new workplaces. At this year’s Salone del Mobile presenting a new scenario for offering ‘moments of meditation around the water cooler’, Studio O+A’s interactive installation investigated future work environments. 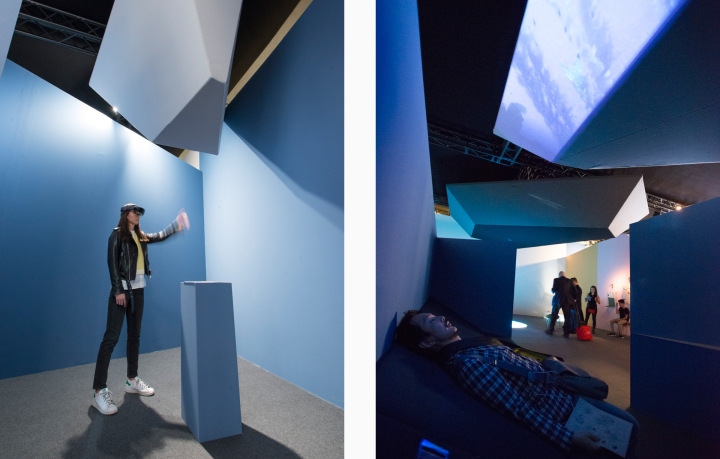 In an exhibition curated by Milan designer Cristiana Cutrona to anticipate positive innovation in workplace design, Studio O+A’s presentation was ‘an excerise in the fluidity of space using the polymorphous nature of water as a metaphor for the way workspaces will shift to adapt to the needs of the moment.’ 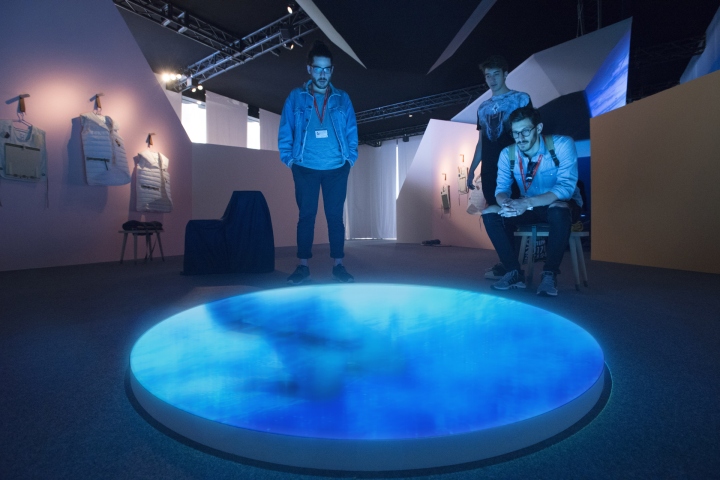 Visitors were attracted to the stand by the new workplace scenarios presented to them, whether to try-out the wearable office accessories and portable furniture or to don a virtual reality headset and take a peek into the future of the office. 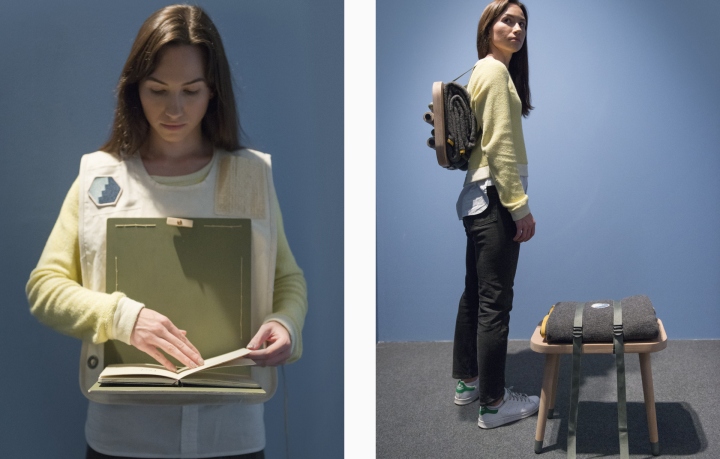 Another mesmerising feature was the glowing circle on the floor of the stand, with its moving digital imagery creating the illusion of an illuminated pond within which shadowy figures swam in and out of view. This version of ‘the water cooler’ was indeed a place of interaction, though not in the sense as it may be in your workplace; this setting offered a more meditative space. 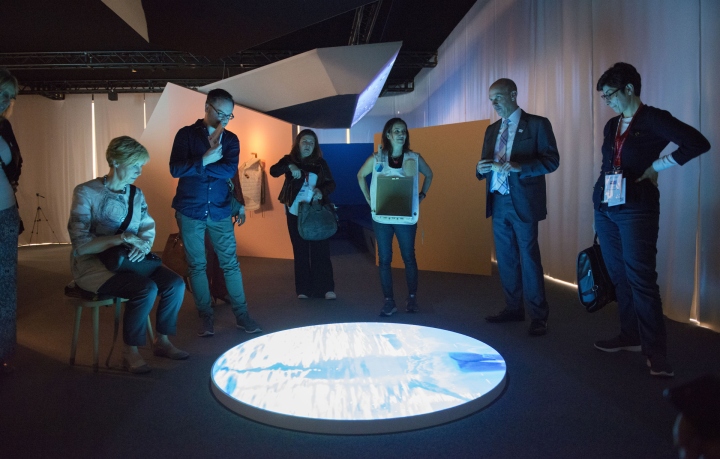 Artist Fernanda D’Agostino’s Generativity Pool was the focal point, which ‘identified survival of the planet as the future’s primary challenge and adaptability as its solution’. The presentation was conceived and executed by Verda Alexander, Primo Orpilla, Jon Schramm, Courtney DeWalt and Olivia Ward. 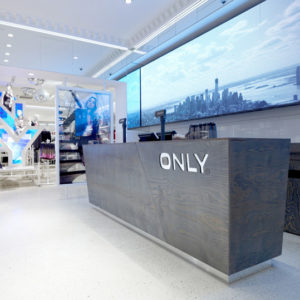 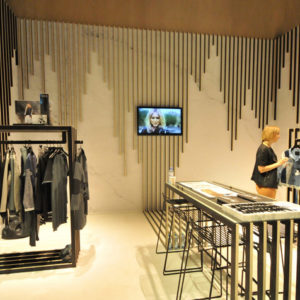 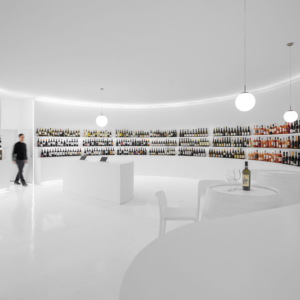 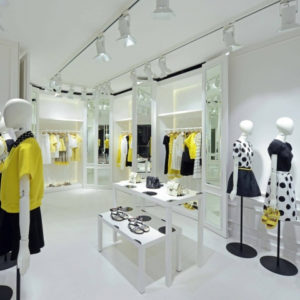