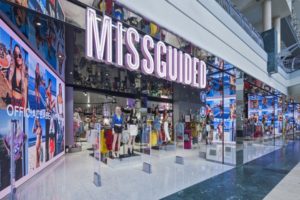 Italian Pavilion at the Cannes Film Festival by None, Cannes – France 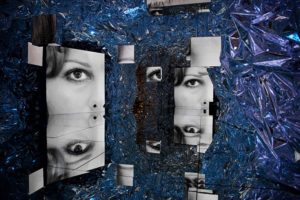 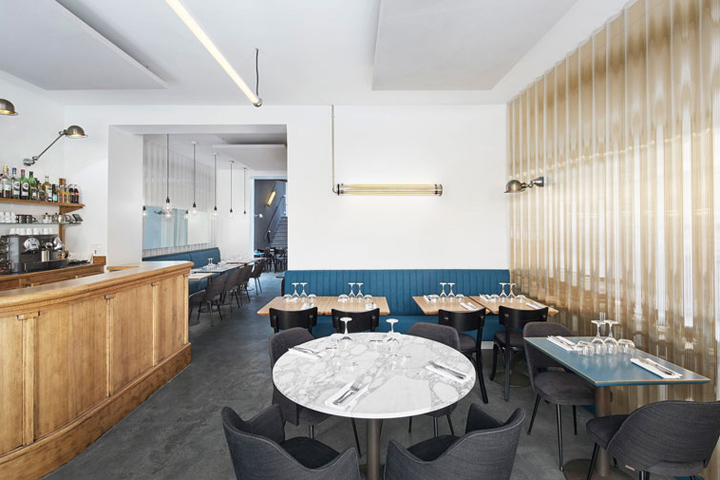 The finely concocted dishes of fraternal twins Karl and Erick Vandevelde have made their eponymous establishment a fixture for gourmets across Paris, and their culinary fame grew even bigger after relocating to the Batignolles neighbourhood seven years ago. Similarly to the duo’s evolving take on traditional French cuisine, they recently transformed their popular bistro, giving it a new contemporary interior with a little help of local architecture practice Lemoal & Lemoal. While the configuration of the 70 sqm. [754 sq.ft.] has been largely retained, the palette has shifted dramatically from dark and rustic-inspired, to light and modern. The façade of Karl & Erick signals the transformation from afar, featuring a metal construction that outlines the contours of a former canvas sun screen, attached to a matching frame of perforated metal panels. The two tubular lights attached to the frame on either side of the glass-encased entrance, are duplicated indoors in different guises. The original bar has been retained, but having been sandblasted, it now flaunts exposed light timber. Directly opposite, a row of floor-to-ceiling tubular lights, shielded by layer of undulating and transparent polycarbonate panels, form a slightly futuristic backdrop for a variety of seating arrangements. This decor is replicated in the corridor that leads to a mezzanine floor at the rear of the establishment, and paired by an opposite wall clad in sheets of brass. Interestingly, pendant and wall-mounted lamps from the previous decor have been incorporated in the new setting. The menu of Karl & Erick predominantly lists classic french dishes, all prepared with a modern twist, using only the freshest seasonal products. 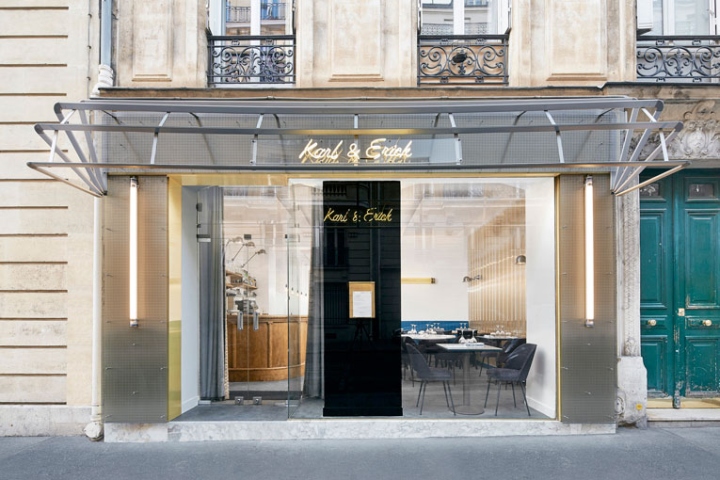 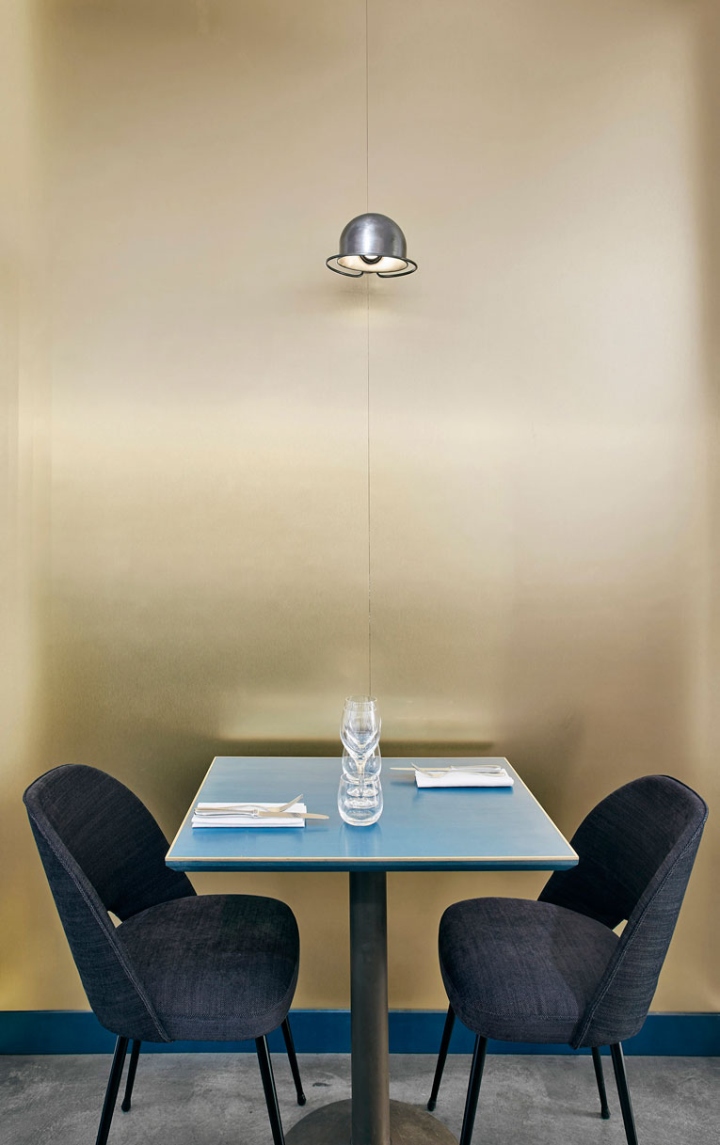 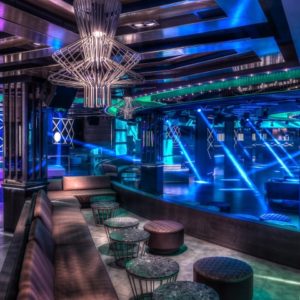 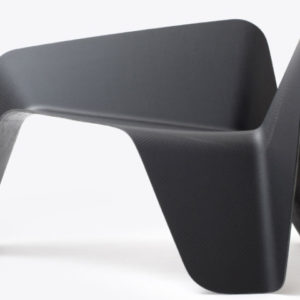 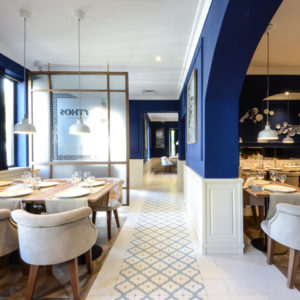 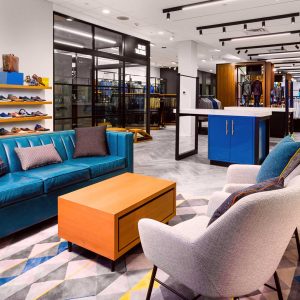