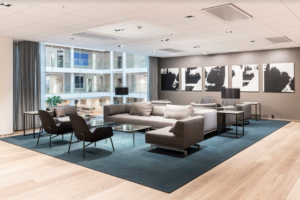 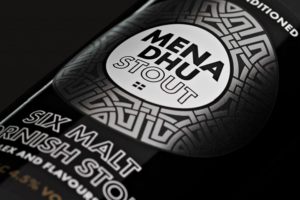 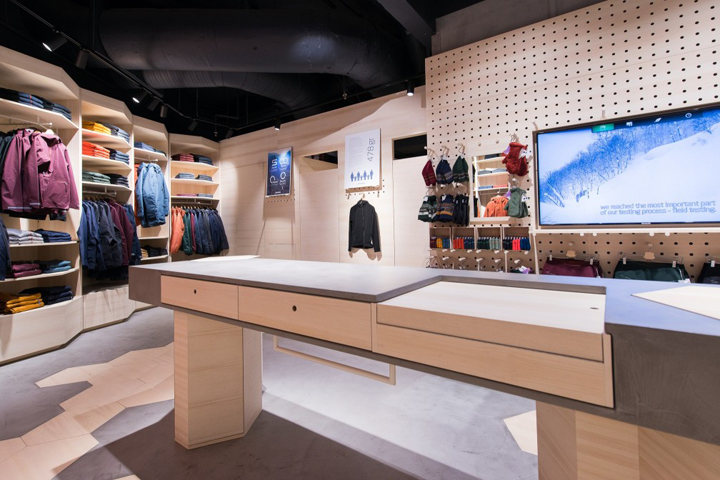 In December 2016, the Swedish Outdoor company Houdini opened its first store in Oslo. Located in one of Oslo’s most bustling and fastest growing retail areas, the recently opened signature store marks the launch of a new retail brand. concept for Houdini. This new environment has been conceptualized, designed and developed in close collaboration with the interdisciplinary team at Snøhetta, resulting in a retail space known as the Houdini hub. 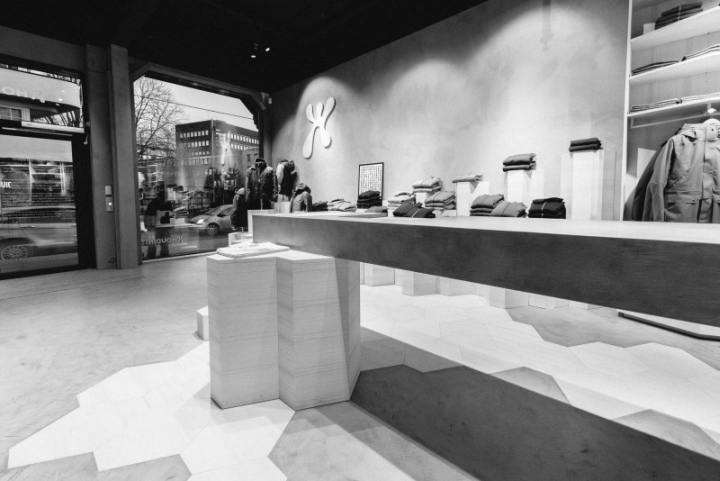 The design of the Houdini hub in Oslo takes its inspiration from nature – an approach that lies in the DNA of all what Houdini offers and strives to be. The physical space is shaped utilizing the geometric form and patterns of the hexagon. The interior is characterized by lite pine wood elements of various sizes and dimensions. Scalable and modular furniture creates a dynamic and calm sensation in a backdrop of the rough cement walls. 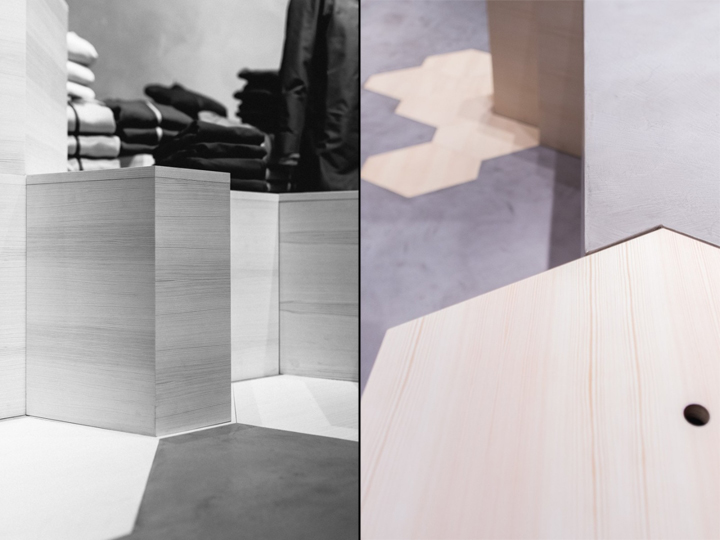 The 70m2 signature hub redefines the shopping experience as you know it – you will not be able to find a regular checkout counter and you are welcomed by the Houdini Hangout area. The customer experience is essential to this idea and is realized in two main components; the glade, a flexible structure that doubles as a sitting area and display, which can be ever changing depending on both function and season; and the point of comradery (POC), the central counter formed as a retail based social space. The latter can metaphorically be seen as an “architectural campfire”. These areas are conceived as flexible and adaptable spaces, creating a sense of informal meeting zones. 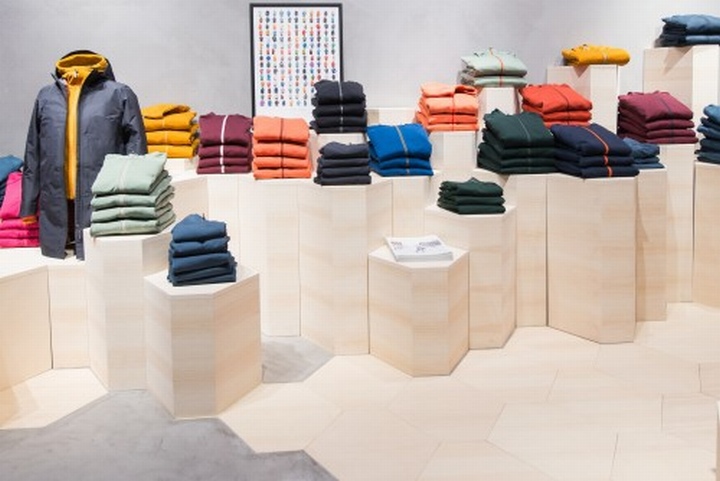 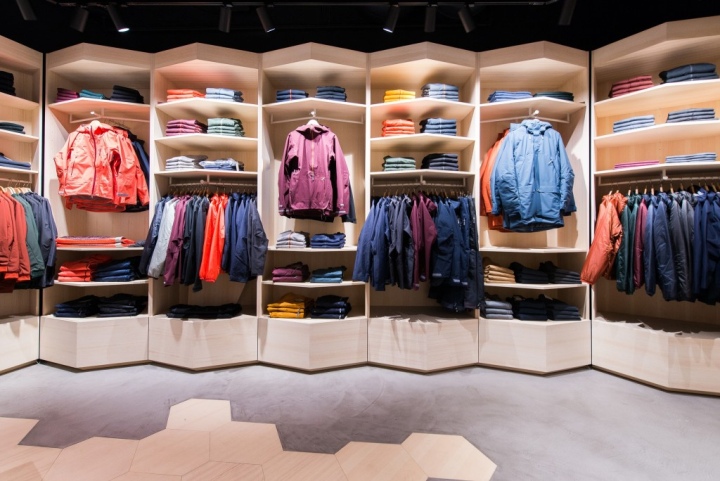 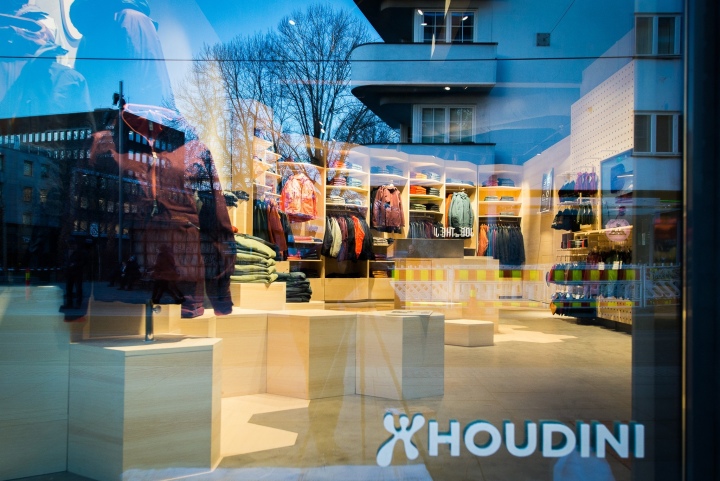