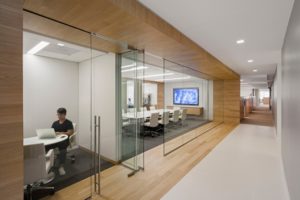 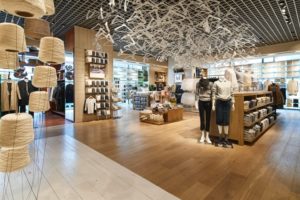 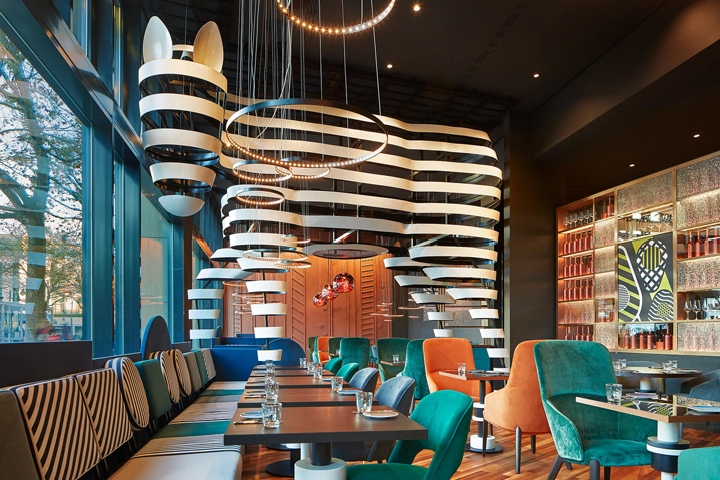 Across the southwest corner of the Tiergarten, the Hotel Pullman Berlin Schweizerhof takes aesthetic cues from two seemingly disparate directions: the nearby zoo and the Bauhaus movement. The ‘less is more’ ideology of Ludwig Mies van der Rohe may hardly be used to describe the newly renovated public areas of the hotel, yet influences of one of Germany’s most distinctive 20th-century styles are evident in the design approach. Moscow-based studio Sundukovy Sisters employs the geometric shapes and functionality characteristic of the Bauhaus, only to subvert its principles with fantastical ornaments, a bright palette and luxurious materials. Blurring the boundaries between the hotel and the zoological garden, the designers introduce a cast of abstract ‘zoo objets d’art’ to invite more than a touch of whimsy and fantasy to the space. From an oversized zebra in the restaurant to various graphic animals in the lobby, the hotel is a playground of colour and texture. Rich materials such as leather, copper, marble and onyx add luxury and warmth to the bold geometry of the space, while complementing the colours and patterns of the columns and furniture. Spanning the bar and lobby areas is a stunning ceiling installation: an LED curtain formed by a series of pendant luminaires programmed to light up in geometric shapes that reference the patterns in surfaces around the hotel. 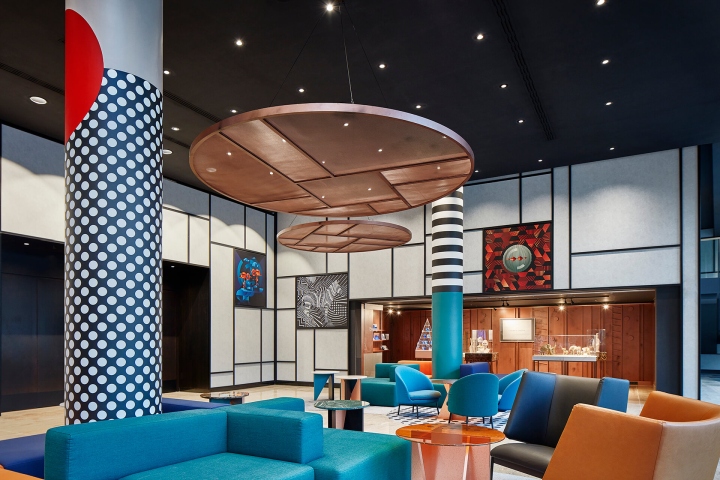 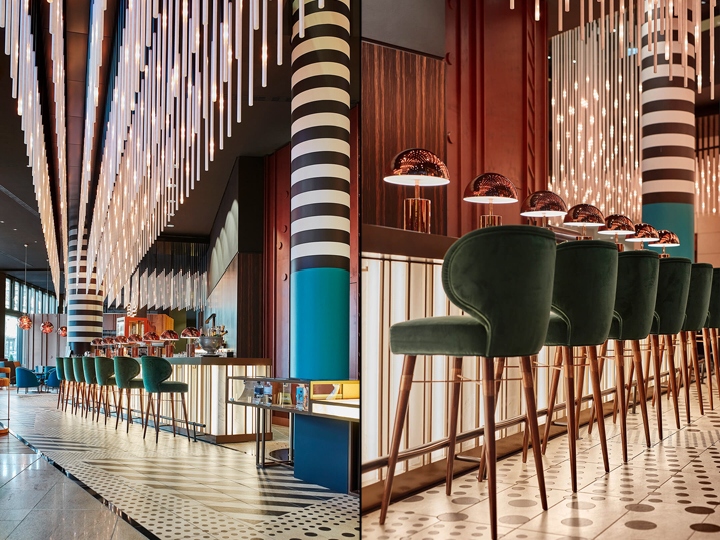 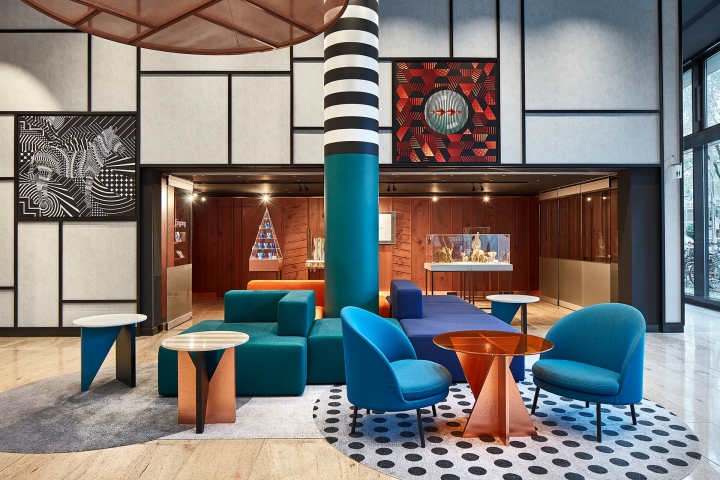 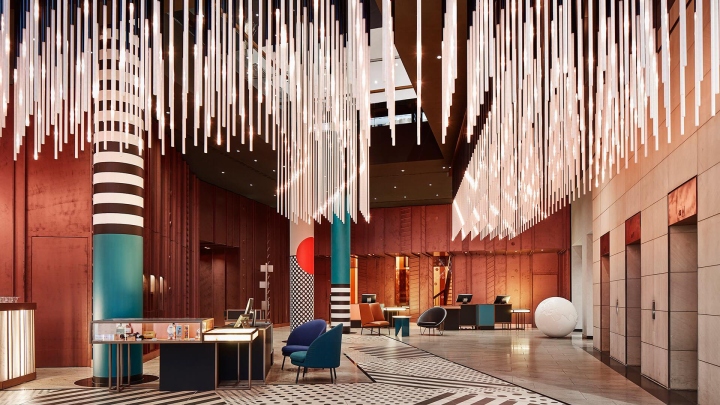 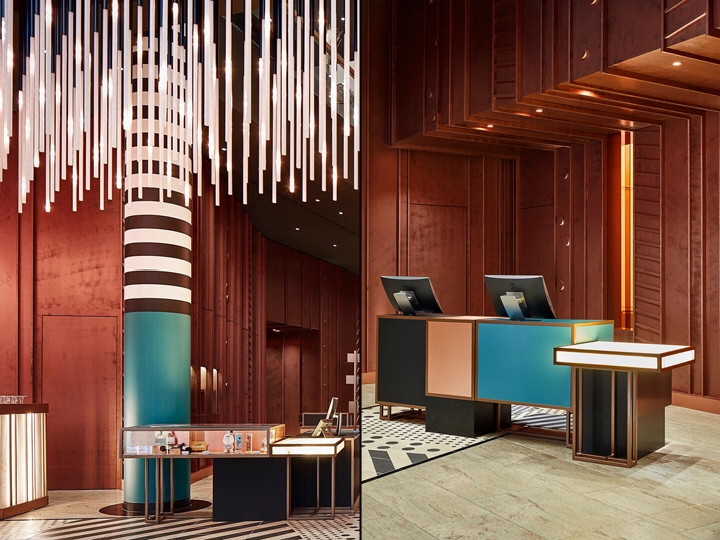 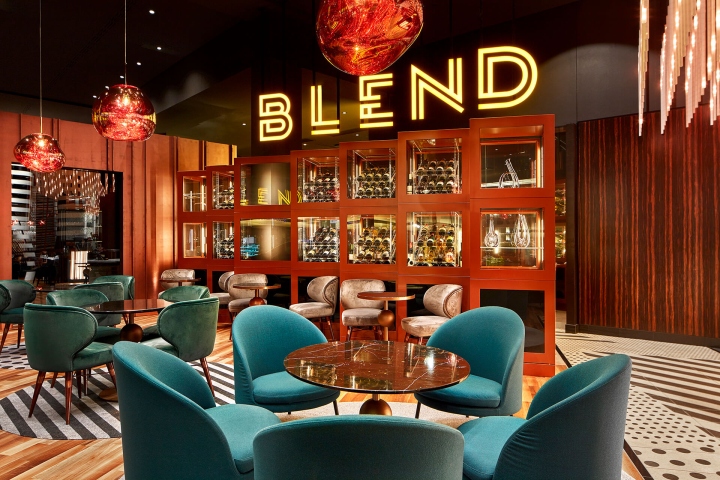 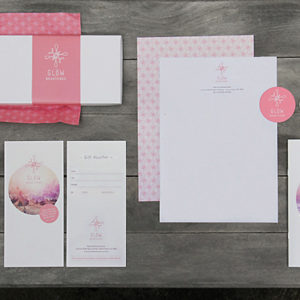 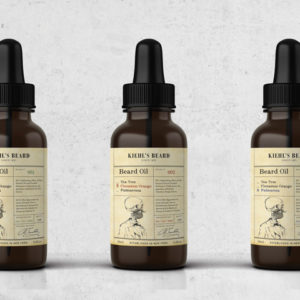 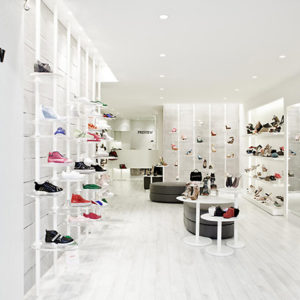 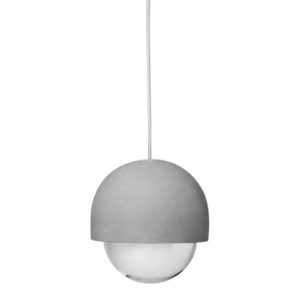