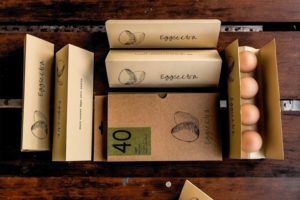 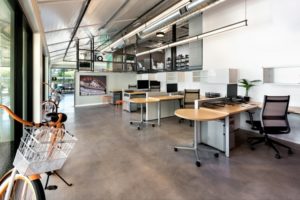 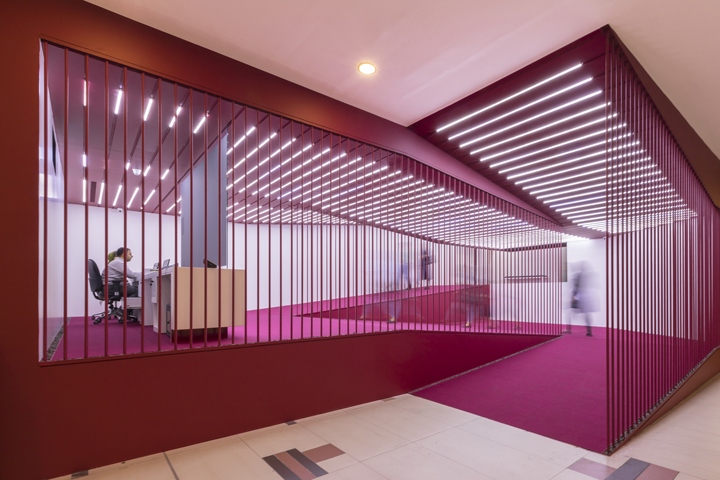 Admun studio was commissioned to design Tirajhe 2 cinema lobby, the first branch of Boshra cinema complexes which is located on the food court’s floor of this well-known shopping center, while it was inconspicuous in the background due to inaccuracy in its entrance design contributed to the fact that most customers of the shopping center were unaware of the existence of the cinema complex. Before renovation, the lobby consisted of two surfaces with an approximate two-meter difference in height connected by stairs, in other words, two inactive spaces and an access path. Since, cinema is essentially cinematic, it is not compatible with inactivity. Hence, the lobby is designed to invite users inward within a mysterious path like an actor on a film location, carrying them through red carpet frame by frame and in combination with the scenes being created by the movements of the users within different sections of the project, the lobby is showcased as a dynamic sequence within its context, consequently, creating a different spatial experience of views, horizons and motions. For this purpose, the lower surface of the lobby is divided into three sections rising from the floor level reaching the upper mezzanine in the form of a sloped surface. The railings of the surfaces go up and reach the ceiling. Their extension continues to the ceiling turning into multiple linear recessed lights, breaking the visual continuity into several frames as the user walks through the space. Afterwards, everywhere is covered with a red color so that the whole lobby space turns into an integrated volume within the food court space. 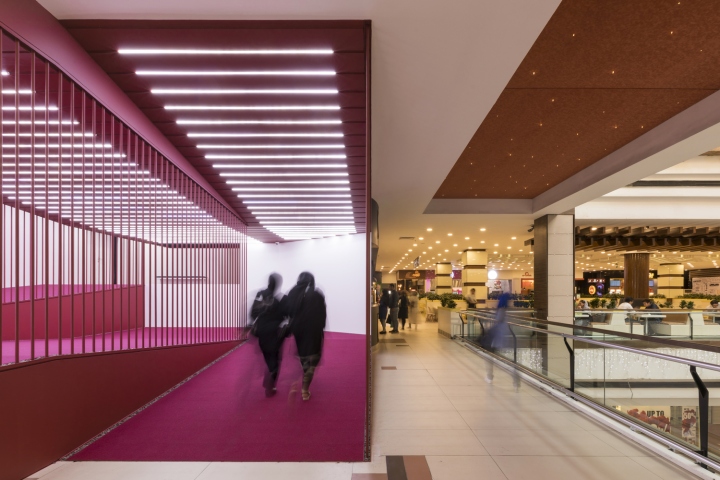 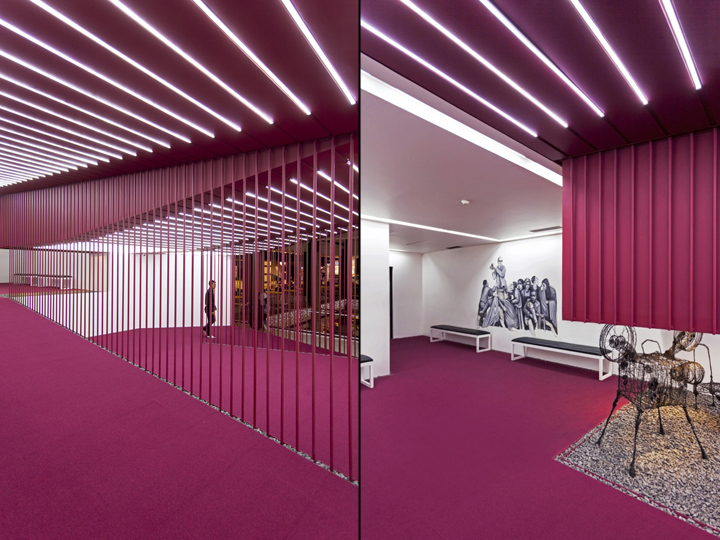 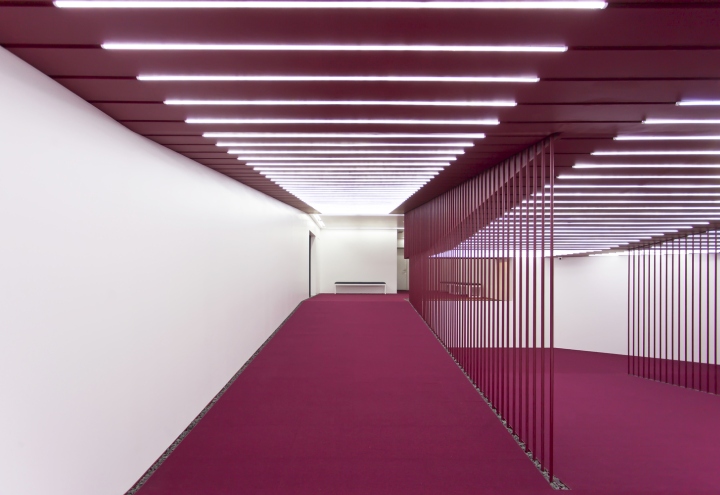 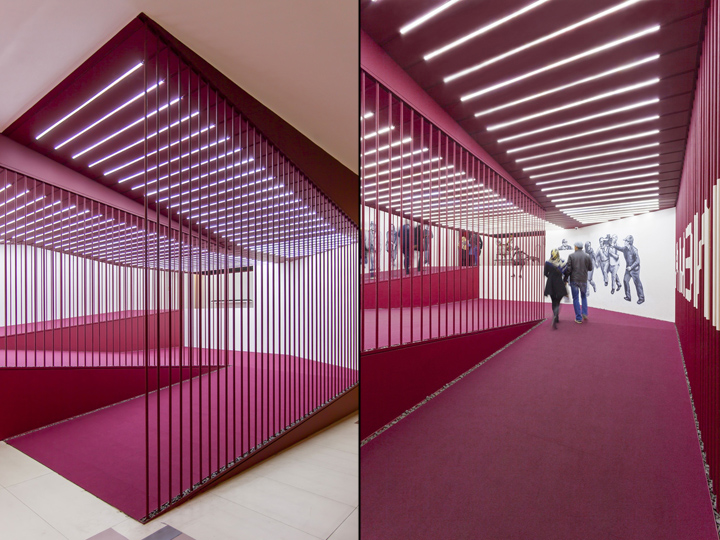 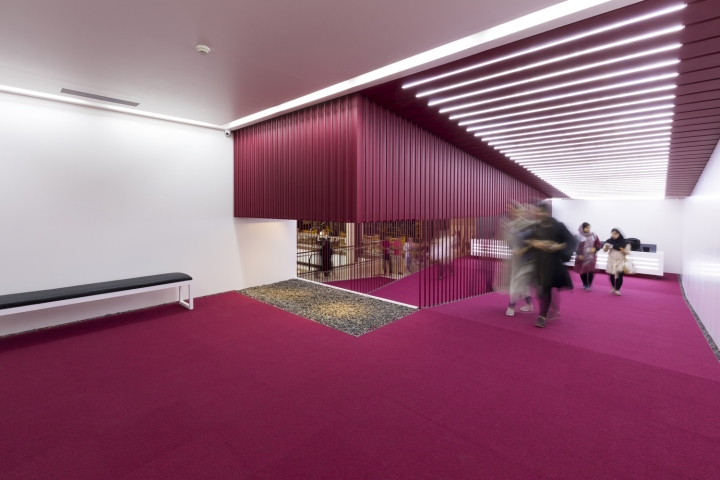 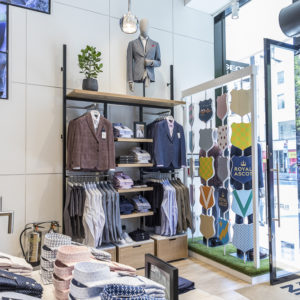 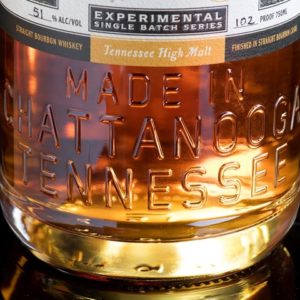 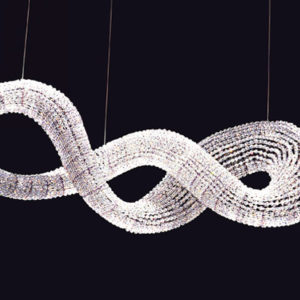 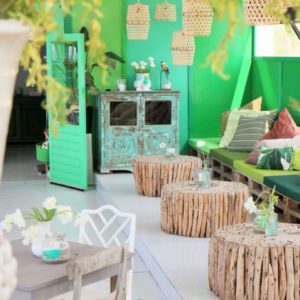