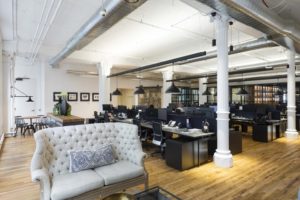 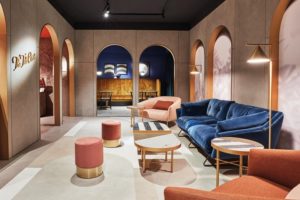 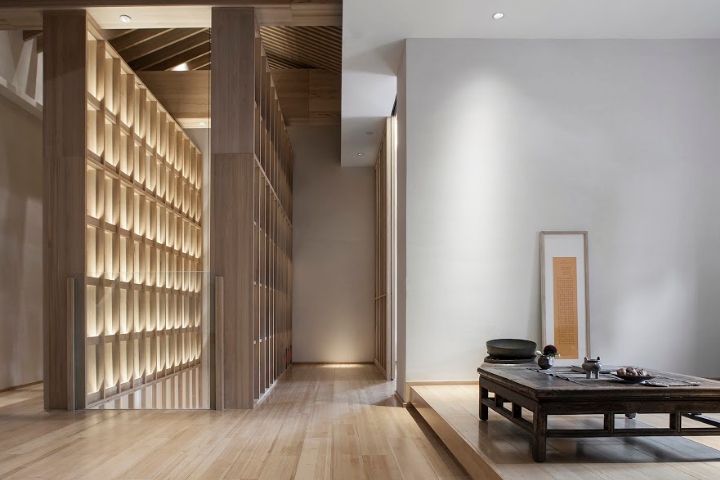 Walking on the crisscross footpaths, you will see black bricks and ancient tiles, as well as the mottled shade under the tree. Treading on the grayish black slab path full of historical traces, passing through the busy crowd and turning the corner at Macao Road, you will see Sky Tea House standing there. Sky Tea House is a tea house located at the seventh lane of neighborhood III. Although standing in the busy center, Sky Tea House enjoys the quietness in the corner, like a fairyland far away, counting the relaxed slow time, gently and gracefully. The ancient rhyme of an ancient house can be felt everywhere even when you are just standing at the door. This rhyme, ancient but refreshing, is not merely the solemnity and quietness, but with some modern breath as appropriate, as if reorganizing the relationship between tradition and modern and between men and space. For this case, we restructured the space. The first and second floors of the house were independent to each other in the past, which looks too separated from the outer world. We broke through the ground of the second floor, which enables us to catch some but not all scenes on the upper floor. In this way, the aesthetic perception of traditional buildings can be felt between disclosure and closure. If you stand on the second floor and look down at the first floor, a totally different view can be seen. The busy passenger flow adds more vitality to the quietness. The tea cellars at the two sides integrate the differently functional upper and the lower spaces until reach the roof. Thanks to such an integrated design, the depth of the whole space is improved. The roof is the key point of our design. The house had simple pitched roof in the past. We rebuilt the roof after decomposing and restructuring this roof to make it embody both the appearance and charms of traditional houses in the south part of Yangtze River. The fire main in the center, which cannot be destroyed, inspired our thoughts and turned into a punch line out of a hard nut after us restructuring it into a beam. It is melted into the space without any discomfort. The whole wood structure goes through the space and improves the feeling of the whole house with strong sense of ceremony, enabling people to seek for internal peace in such a quiet space full of ancient charms. As for the free time, featured movies are played on the north wall. In the movie picture, you can see a sparkling droplet falling down to the water, breaking the peaceful surface, producing a bunch of ripples, creating tender sound like twittering spring swallows or the singing cricket. Imaging you are standing in the picture, you will think yourself exploring the mystery of life.
The tea cellars and the tea rooms are independent to each other but also integrated together. The tea room has its south wall adjacent to the window, which introduces in a lot of sunshine. Later, the sunshine goes through the rice paper and reaches the cellar and integrates with the light in the room. The interaction between different spaces and different life scenes in and out of the house is realized, enabling the house to “breath” with vitality. The owner of the house is fond of gathering rare stones and also a tea supplier. He names the tea house Sky Tea House for this reason, and the house space shows this habit of the owner skillfully. Several natural stones are put inside the house. With the wonderful appearance of these stones, together with the traditional landscaping techniques, and the changes among layers of light, shade and space, great aesthetic effects of calmness and conservation are created. “Light as the cicada’s wings, white as snow, and feel like fine silk without making noise” is the words used by the ancient people to describe the rice paper. We use also rice paper in this space. In the showcase at the left side, there are tea products at one side and tea utensils at the other side, with a glass partition in the middle to separate the two. Both faces of the transparent glass carry a thin layer of rice paper. The sunshine goes through this filter layer, creating great sense of aesthetic like the moon shining over fine gauze. A harmony rhyme is created in the space between light and shade, like the music created by the violin. In Fuzhou, having tea is as common as the air in the daily life of Fuzhou people. Everywhere in the city, there are bamboo chair tea houses under tile roof, the tea rooms of antique flavor, and tea seats under the thick tree shade on side streets. Sky Tea House shows more funs and charms, with ancient furniture and old rail ties collected by the hostess, the plates and baskets made of bamboo, and the books of great history, the house shows unique tastes and culture everywhere. Moreover, the tea products all come from the Mount Wuyi which “Ranks Top in Landscape in the Southeast China”, with mellow taste, bringing the free and comfortable tea-tasting experience to the people. Design of the whole space focuses on the release and convergence of materials, lights and artistic conception. It perfectly illustrates the essence of internal serenity and external quietness without leaving any traces. It totally refreshes the vitality of the house, making the traditional history and the modern culture collide and integrate here and creating the unique romance of ancient lanes and paths. 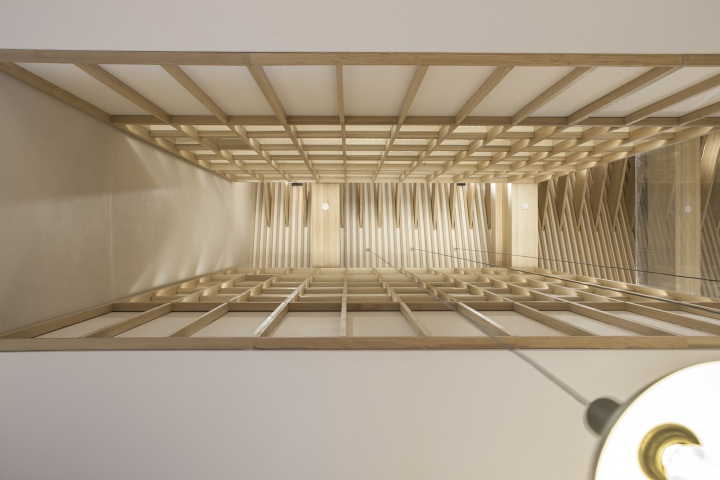 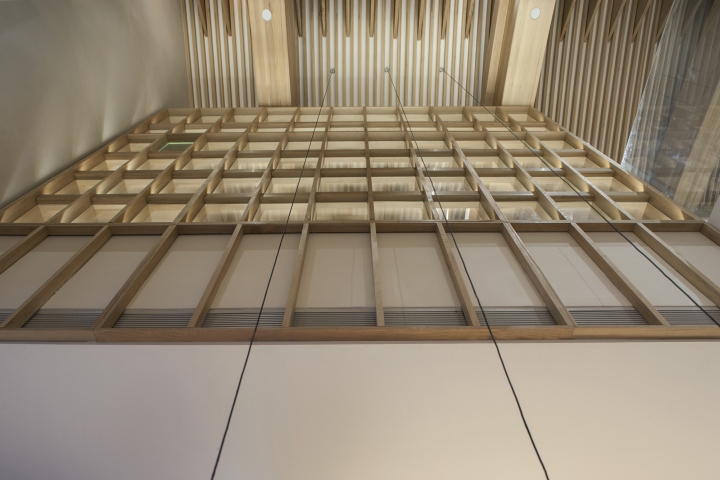 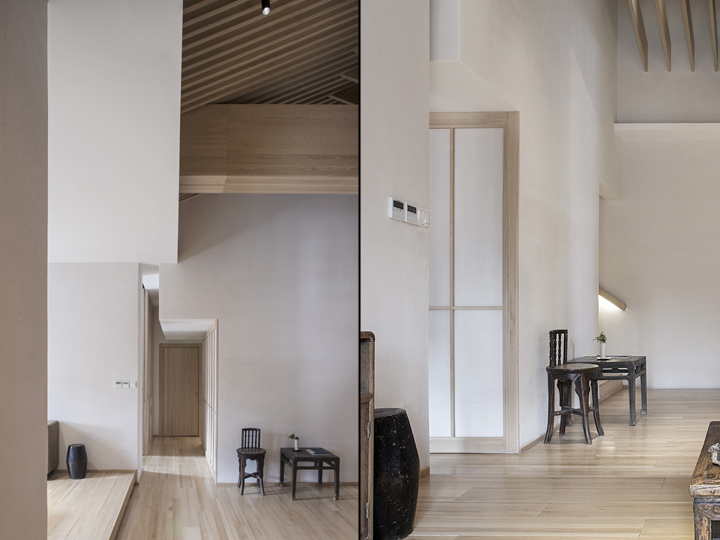 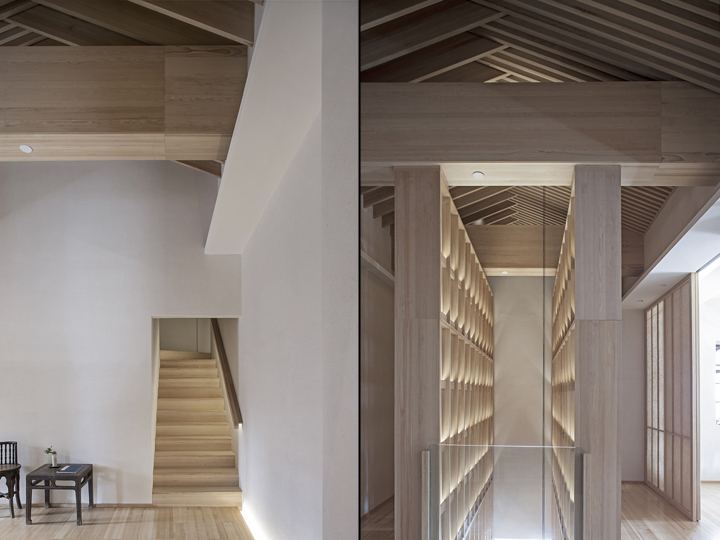 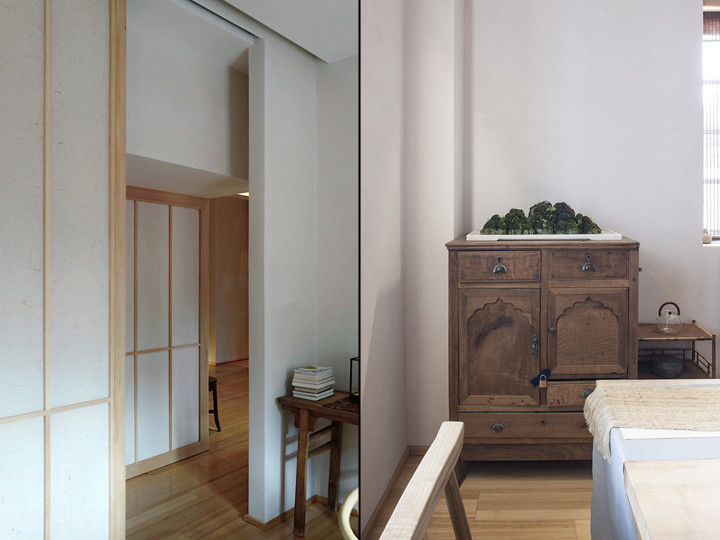 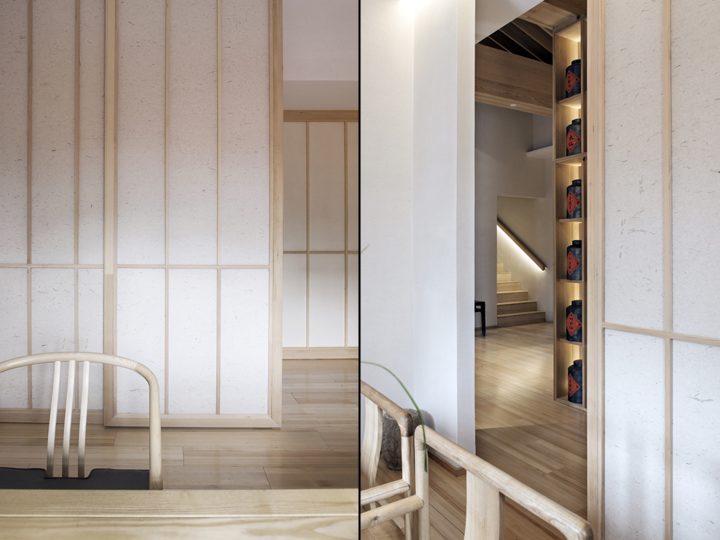 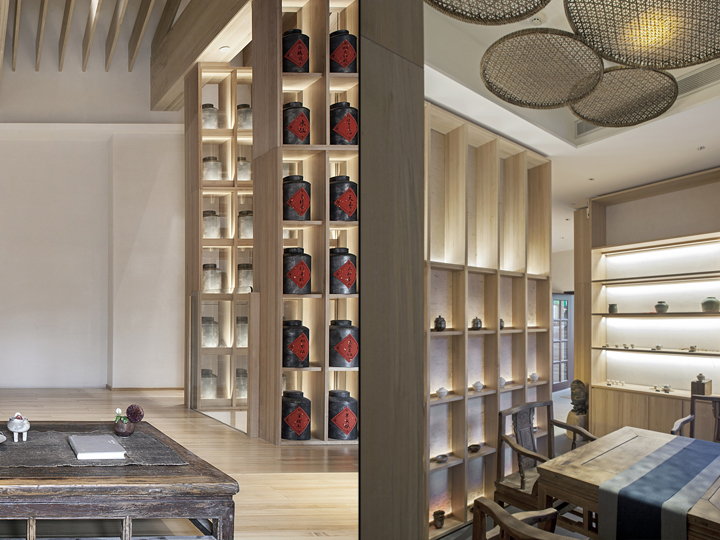 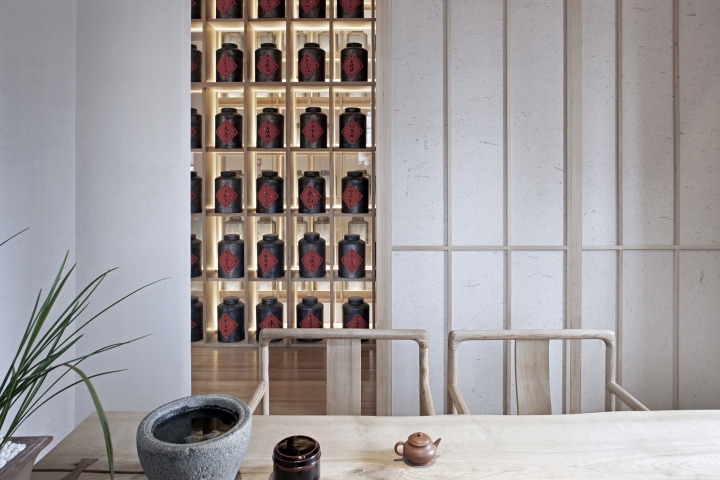 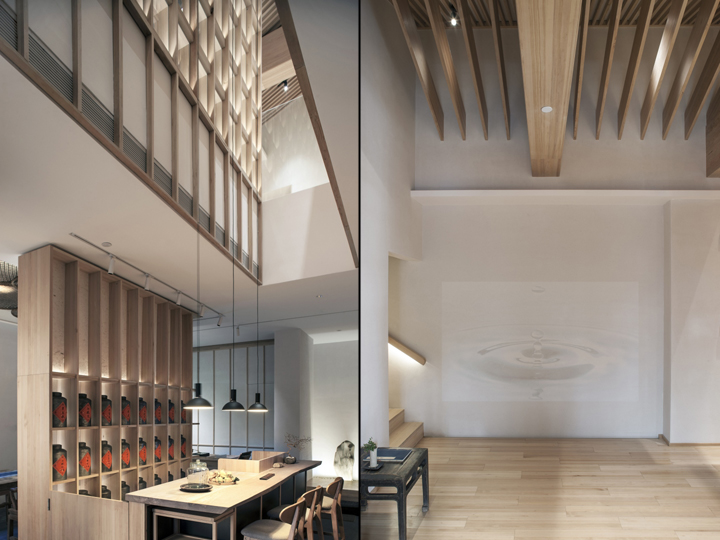 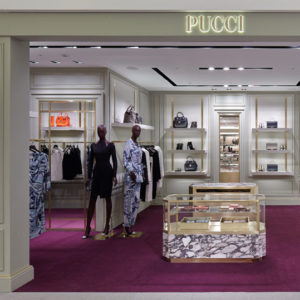 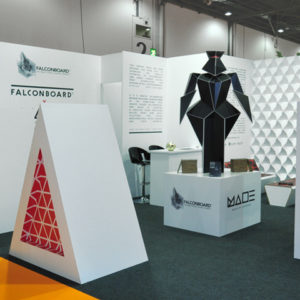 HEXACOMB stand by MADE BY SUPERIOR, London by retail design blog 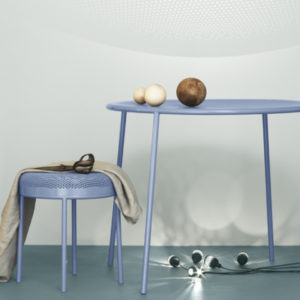 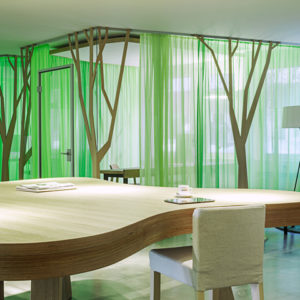