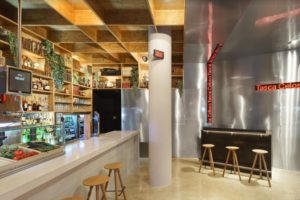 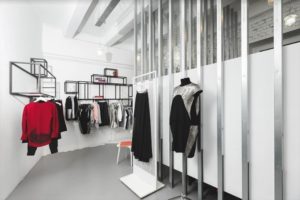 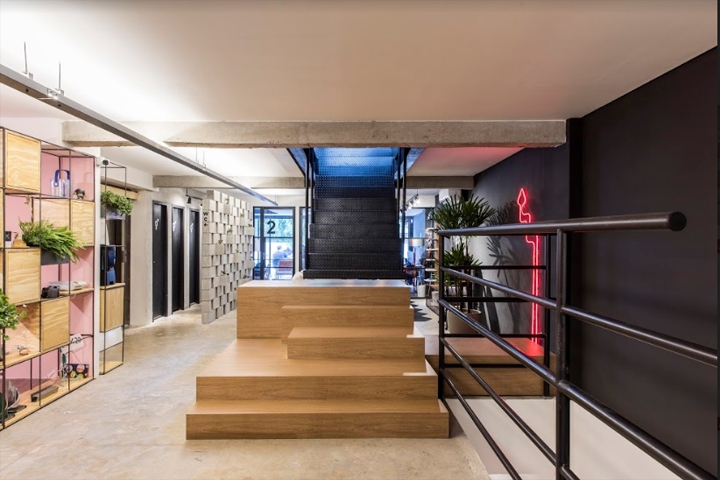 The project for the company Questto|Nó’s headquarter was designed by Studio dLux and since the beginning of the creational process, the project was conceived collectively. Every team member of Questto|Nó was invited to join the project and give real feedbacks of how they pictured their perfect workplace, considering their work routine and daily living. After a long research to find the perfect place, a commercial building in the Pompeia neighbourhood of Sao Paulo was chosen to be the home of their new HQ. The building was chosen since it could fit all the needs listed by the staffs, with another great potential to be explored: the possibility to build a terrace on the rooftop of the office. The 4-pavement building has a conventional structure with a standard inner vertical circulation. The natural light comes in through its glass facade and windows at the back of the building.
One of the ideas presented by Studio dLux was to create a work and living space suitable for the accomplishment of the innumerous projects led by the client. Another plan was to renovate the rooftop by building a new structure over it, which is accessed through a flight of stairs, creating a different volume and escaping from the standard circulation circuit, disrupting the existing path. Right at the building’s entrance, a corridor surrounded by concrete blocks was projected, taking you straight to a great rusty metal gate. The sensation of smallness contrasts directly with a wide-open space that you’ll find right after the gate. The room has a double height ceiling and hosts many of the company’s events. From the inside garden built next to the entrance, a pink bench emerges and runs alongside the room, passing through the coffee space – that levels the ramp with a deck – and turns itself into bleachers. At the back of the room there are toilets and Questto|Nó’s maker space. After the first flight of stairs, there’s the mezzanine, that counts with a few workstations and 3 “war rooms”, where the most secretive projects of the company take place. At the back of the floor, you’ll find the first meeting room and a small pantry, both with access to a backyard that has a small garden taken care by the team members themselves. The floor above the mezzanine is where most of the company’s workspace is. Meeting rooms, living spaces and informal meeting places blend themselves, making it a dynamic work environment.
In the floor you’ll also find the stairs that takes you to the rooftop, composed by wooden blocks that interconnect to a metal ladder, suspended to the ceiling by tubes. This ladder breaks the existing vertical airflow circulation. There is another volume located in the middle of the floor, where informal meetings take place and also divides the common area from the workspace. The rooftop is the greatest feature of the project, and it was chosen to house the QN lab, a space where the company runs workshops and client presentations. The space, which had no use before, received a great amount of volume. It was built with a metal structure, coated externally with cement panes and internally with wood. Great openings guarantee the interaction with the external side and benefits the entrance of natural light. In addition to the volume, an open space was created so that outside activities could be done, making a better use of the open air. 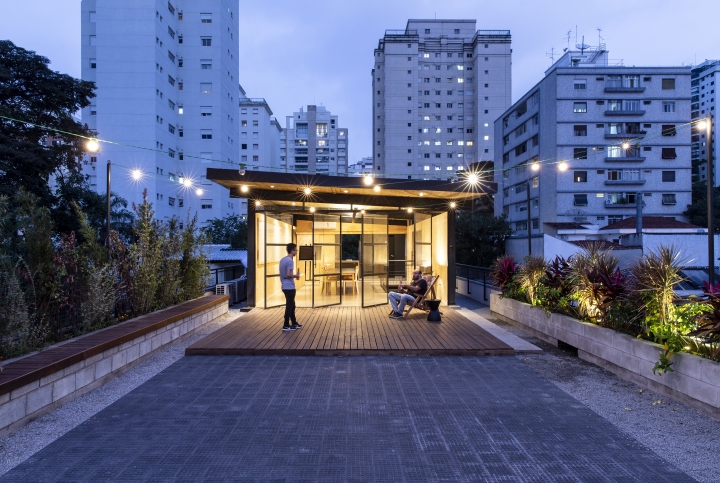 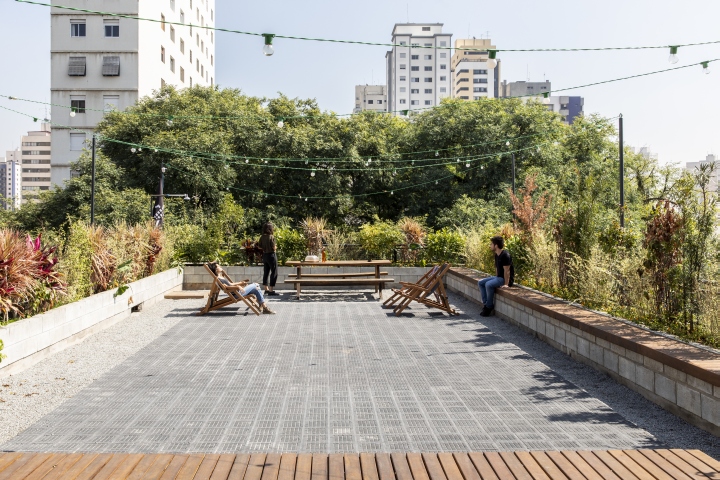 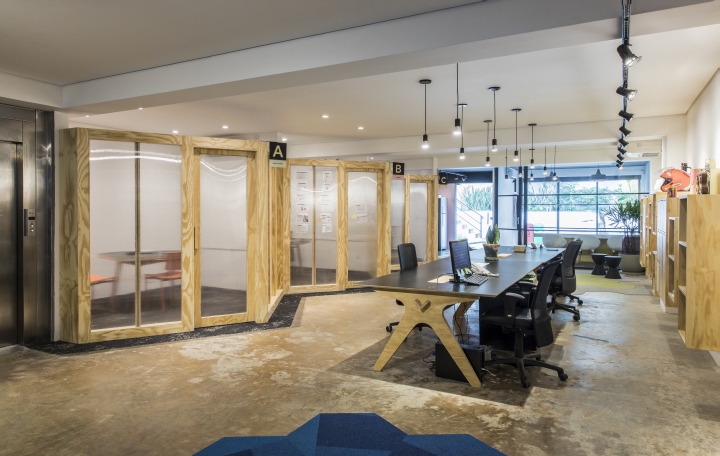 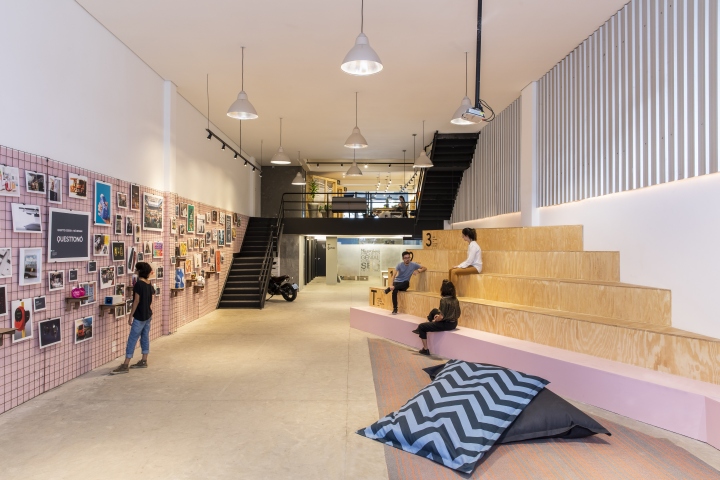 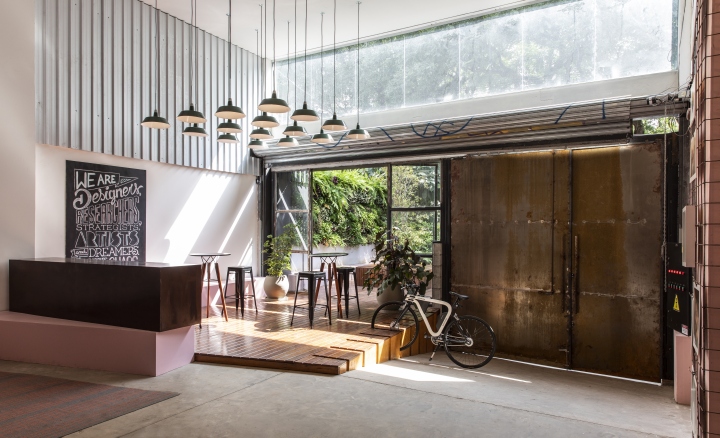 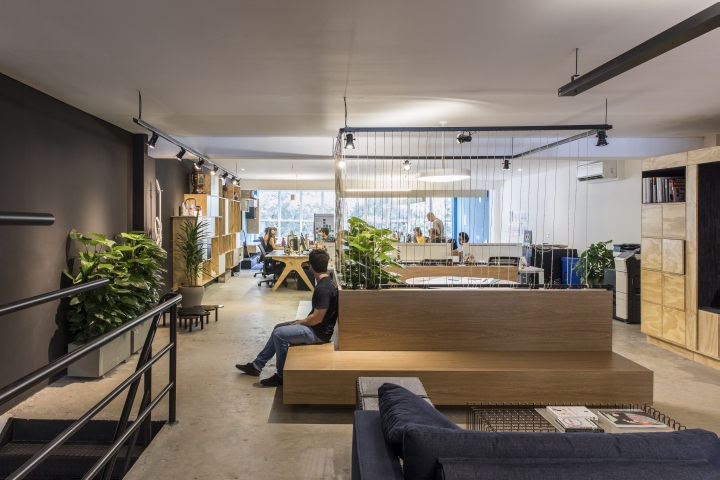 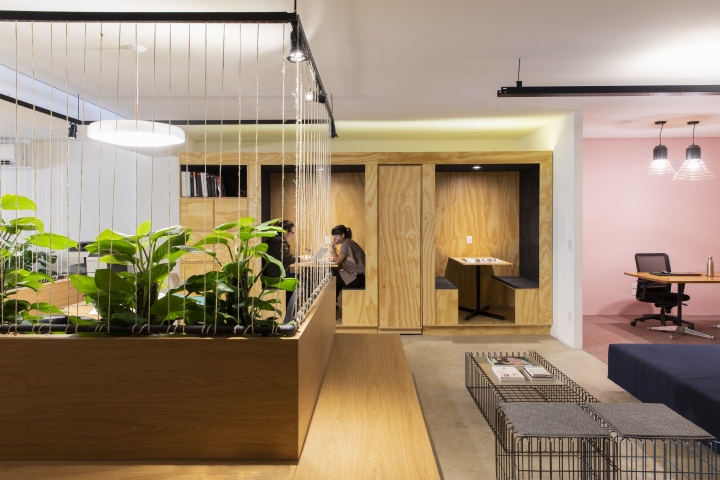 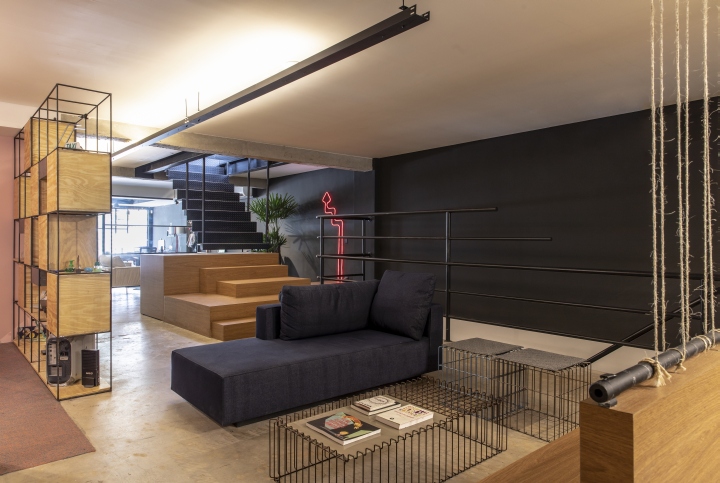 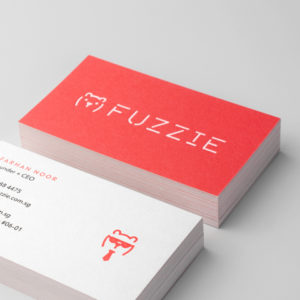 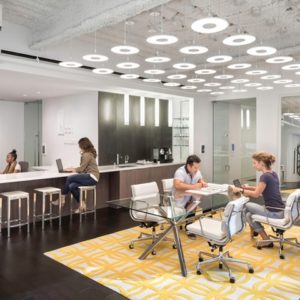 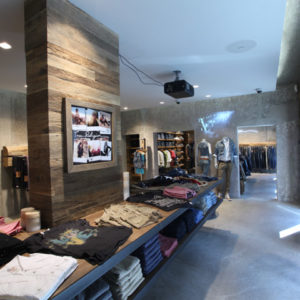 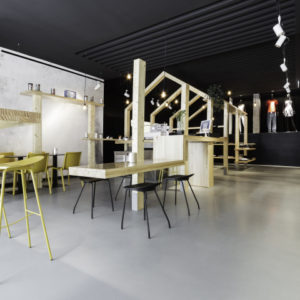