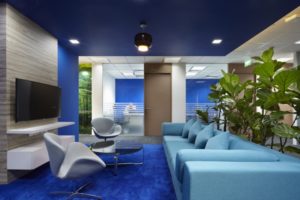 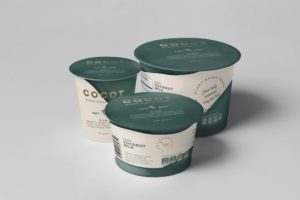 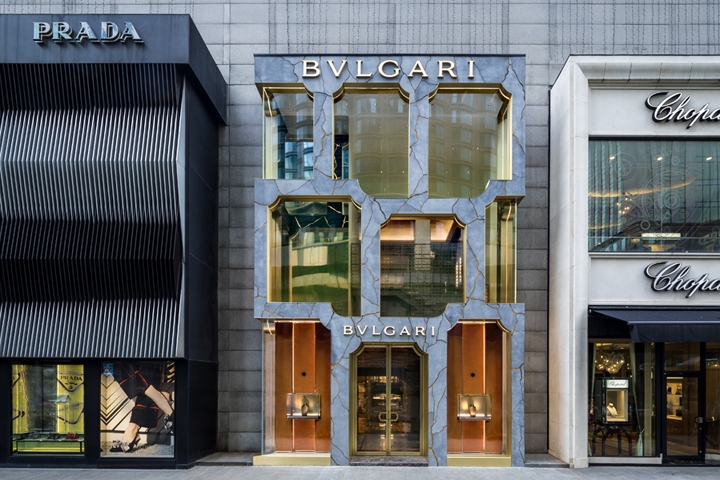 Bulgari’s flagship store in Kuala Lumpur has opened with a new façade that imagines the luxury brand’s heritage, and experiments with traditional materials. The storefront is the first in a series of MVRDV façade designs for the luxury brand. This concrete and resin facade is permeated by gold light to create a marble-veined façade. For over a century, Bulgari has set the pace for Italian style with a forward-looking, creative spirit that draws inspiration from the timeless beauty of Roman art, while giving it a distinctive contemporary touch. MVRDV’s design draws on inspiration from the luxury brand’s heritage. The cornice of via Condotti is a set element used asymmetrically in different locations over the world, and its iconic marble façade now reinvented and reinterpreted by material experiments. In Kuala Lumpur, a façade which by day is striking but organic, whilst at night, a more dramatic effect is achieved. This innovative façade developed from a research-process in collaboration with Technical University Delft, and Tensoforma, who worked on façade production. The result of which was a new product for the store. Glass Reinforced Concrete (GRC) was cut according to pattern and filled within with resin then illuminated by amber LED Lights. A stainless steel sheet acts as a base for the resin, with panel joints hidden and integrated into the vein pattern. Either during the day or at night time, the Bulgari façade that achieves the desired translucent effect emanating a warm amber glow. The new catalogue for future Bulgari storefront façades can be adopted globally, making them instantly recognisable and unique in any context. An approach offering endless possibilities that combine sophisticated detailing with high-quality materials. 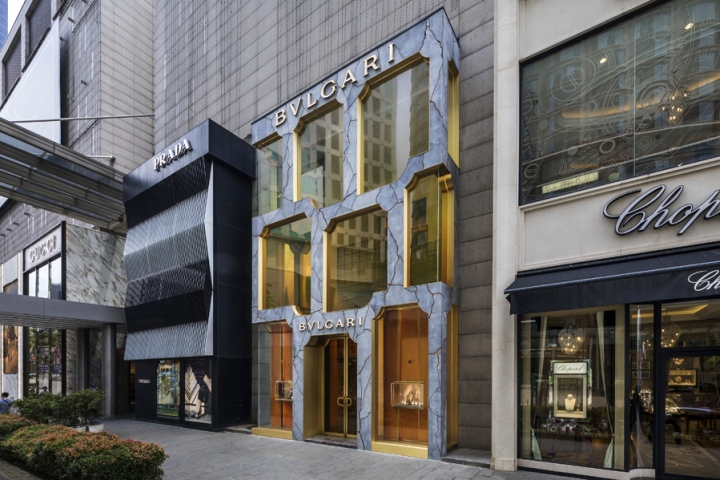 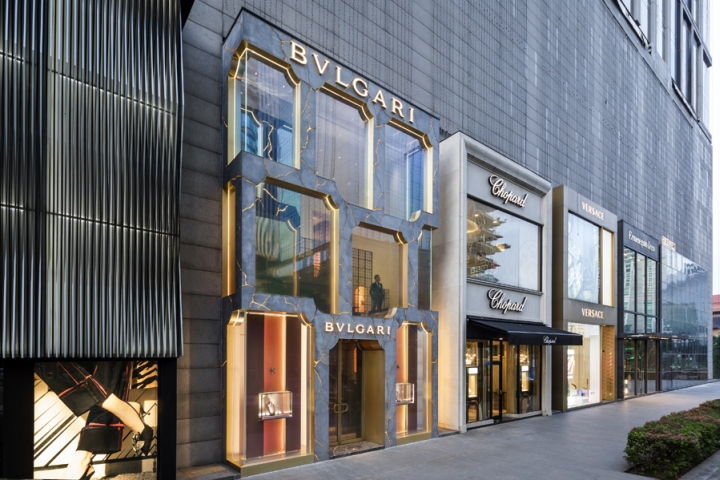 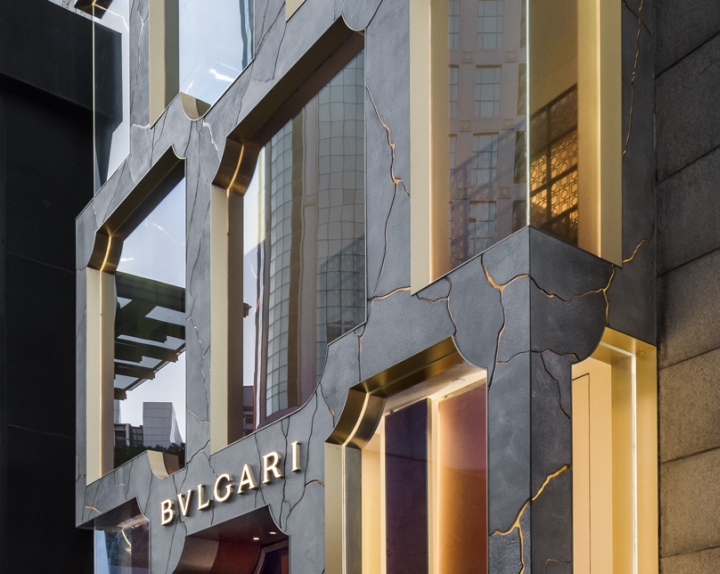 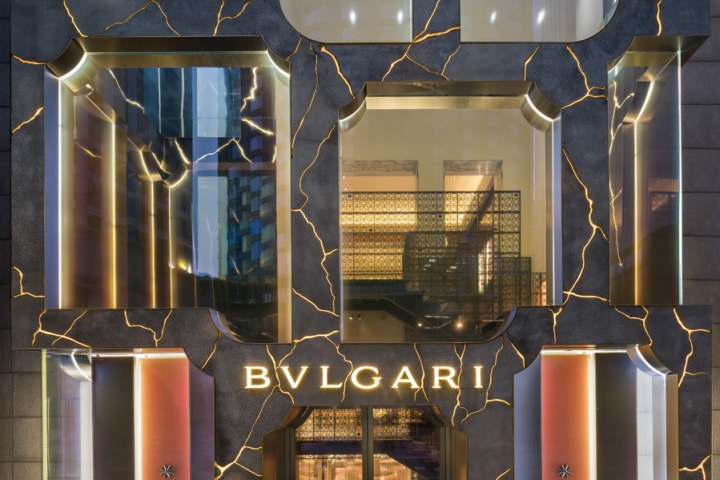 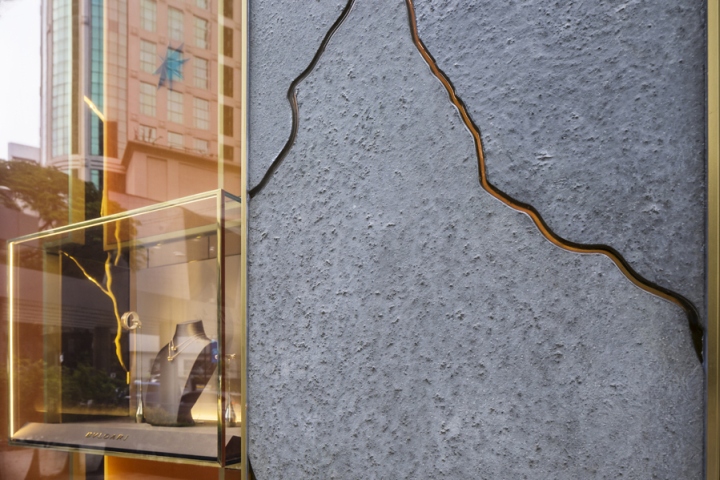 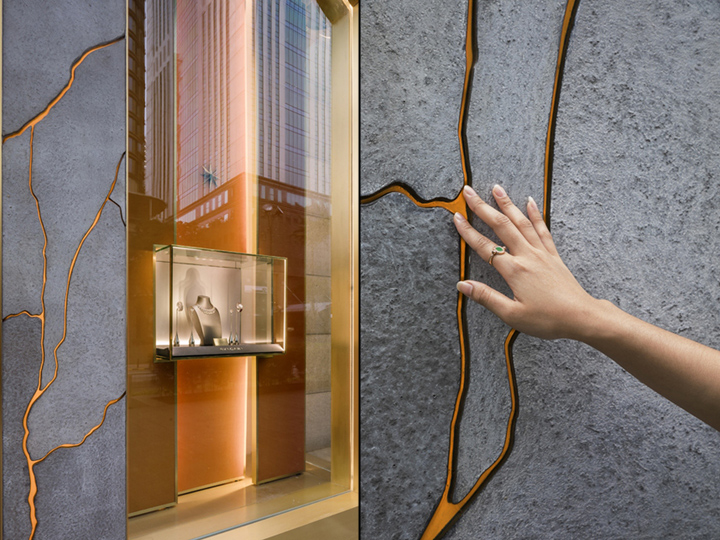 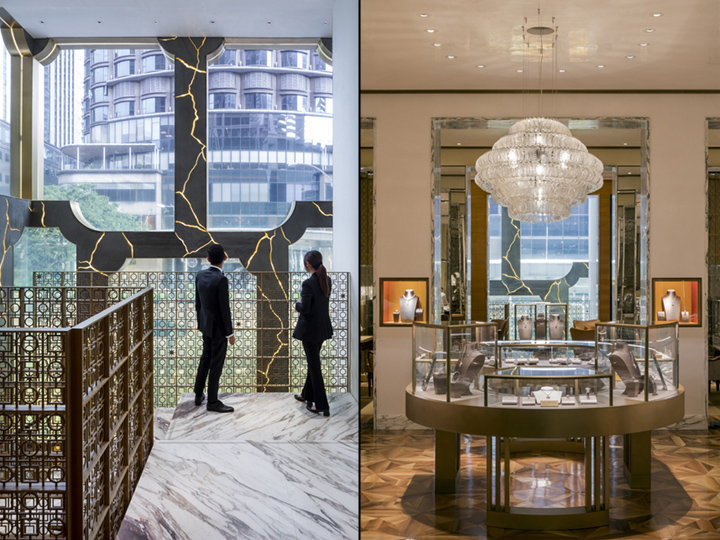 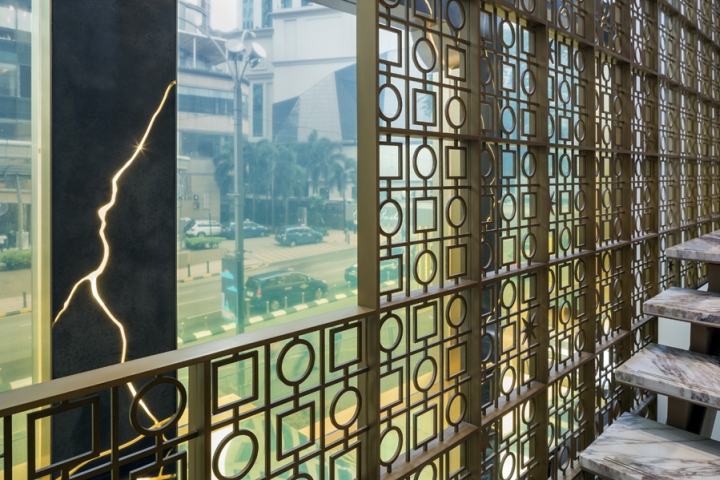 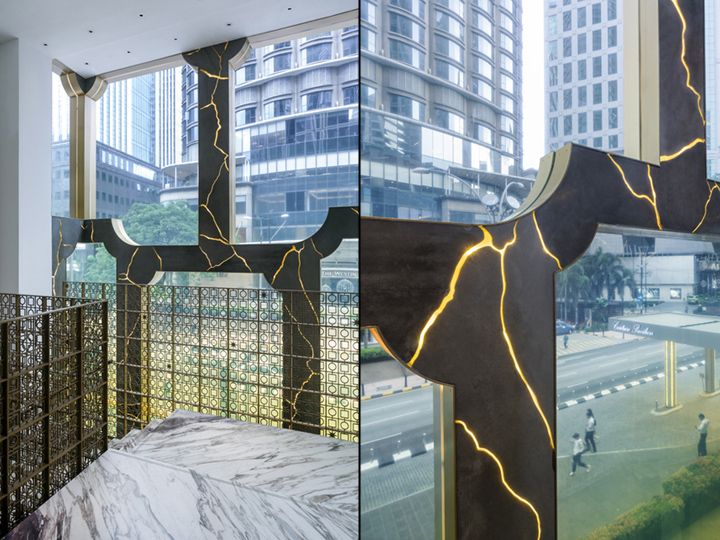 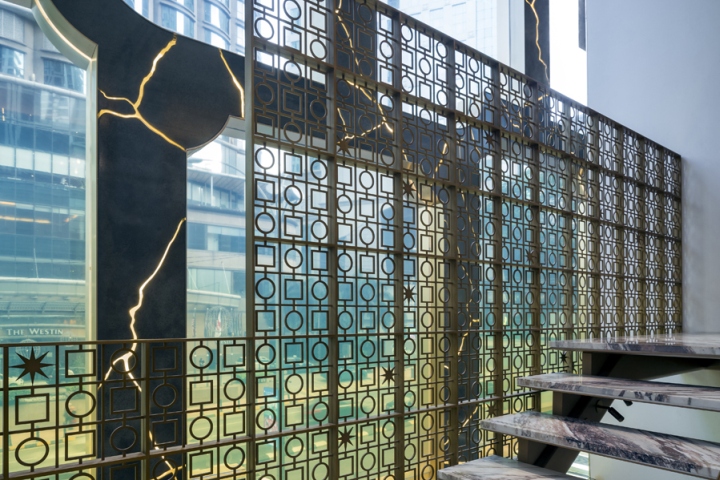 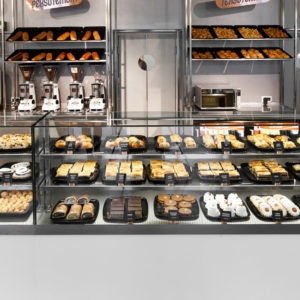 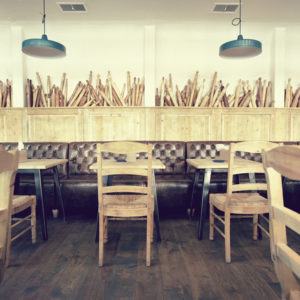 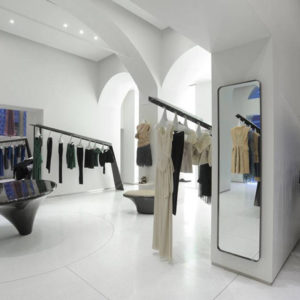 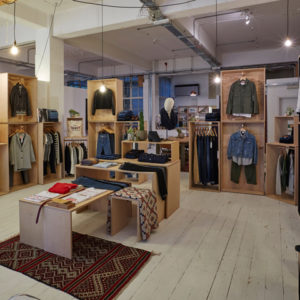