Silena: Magic in the Moor by noa* network of architecture 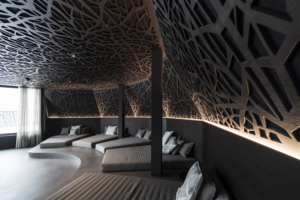 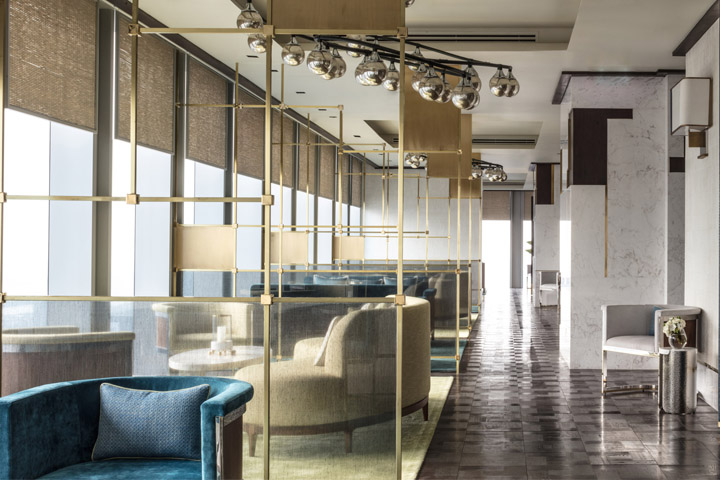 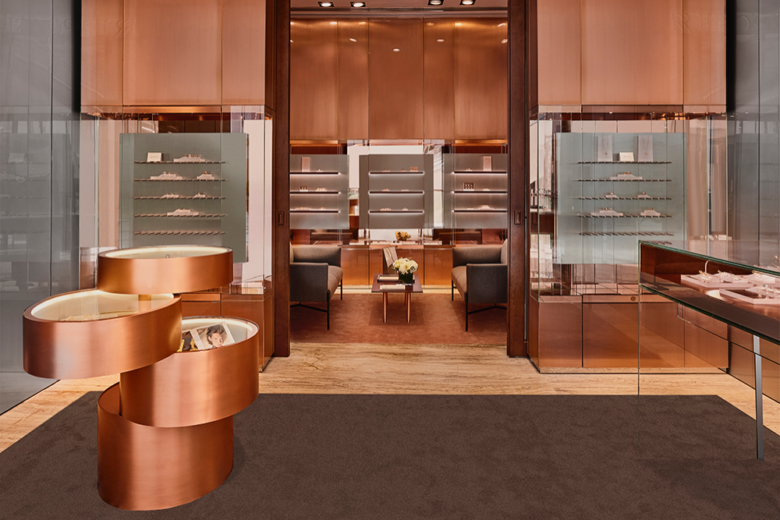 Since luxury behemoth LVMH snapped up a minority stake three years ago, Repossi‘s global retail presence has gone leaps and bounds. In 2016, the Paris-based jewellery house with Italian roots launched a stellar flagship store on Place Vendôme, arguably one of the most prestigious addresses in the French capital, designed by acclaimed Dutch architecture practice OMA. The opening marked the kick-off of a retail expansion, and one of the latest Repossi retail spaces to open is in Dubai. Known as a veritable boomtown, it’s because of an accelerated accumulation of wealth – and let’s not underestimate the local government’s clever planning and marketing strategies – that the city has become a leading luxury destination, and as such, it has also become a preferred showcase of many top brands for the Middle East region. The boutique is situated at Fashion Avenue, a newly opened extension of Dubai Mall that’s exclusively dedicated to luxury brands.

Occupying a ground floor unit, the store design heavily references the brand’s flagship store in Paris, featuring a glamourous façade that’s jagged on one side, captured by copper glass, and by vertical bands of transparent glass on the other. The copper glass extends inside, but it’s beautifully contrasted by glass sections in a metallic hue, and adds to the shrine-like atmosphere. The back of the store is semi-enclosed by two floor-to-ceiling cabinets, and create a private space with seating and additional cabinets. The front section is furnished with another seating arrangement and displays, including a horizontally sliced cylinder with four shifted parts that also adorns the flagship store in Paris. The new Repossi boutique carries the brand’s regular collections, in addition to more exclusive high-end designs. 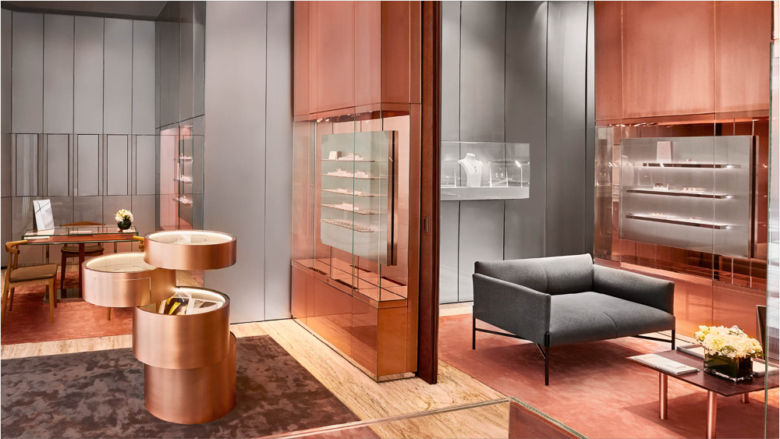 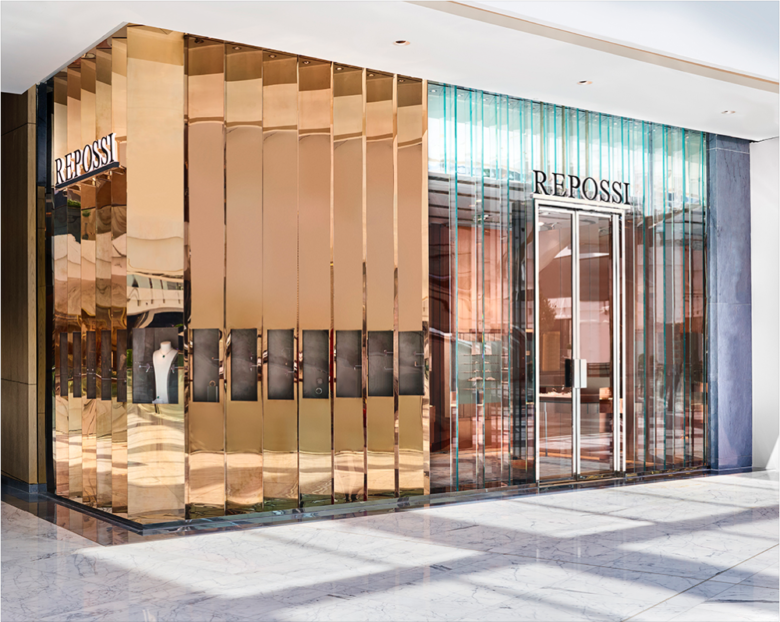 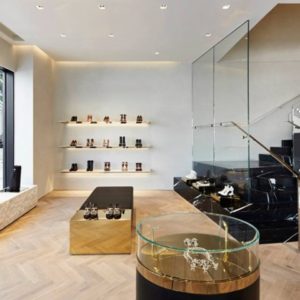 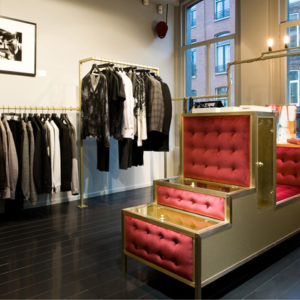 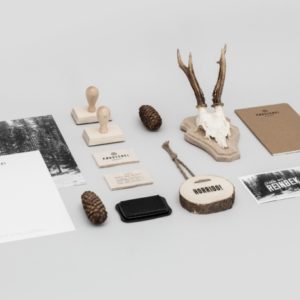 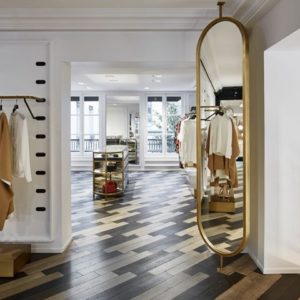