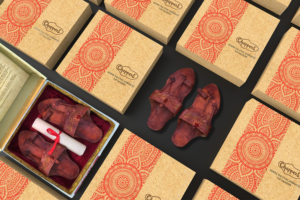 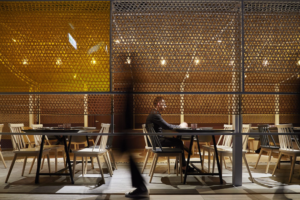 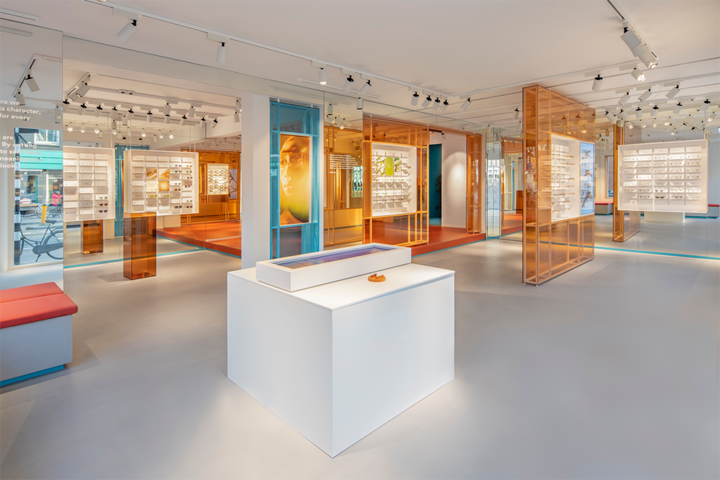 A strong online presence may often signal an operational management that’s modern and customer-friendly, nothing beats a brick and mortar shopping experience. But obviously, only if it ticks all of the boxes. When Ace & Tate launched in Amsterdam five years ago, the eyewear company’s initial focus was online retail, and although that has very much remained, there’s a growing emphasis on physical retail. Following the opening of stores on home turf, Ace & Tate is now present in a string of cities across the Old Continent, including coveted shopping destinations such as London, Antwerp, Stockholm, Berlin, and Vienna.

Interestingly, the brand has opted for an individual aesthetic for each of its boutiques, and this non-generic approach has reached new heights with the dramatic revamp of an existing Ace & Tate retail space in the Dutch capital. Situated on Van Woustraat, a bustling thoroughfare in the increasingly gentrified De Pijp neighbourhood, the transformation coincides with the brand’s fifth anniversary, and as such, the design created by the company’s design team in collab with interior designer Pepijn Smit of local practice S-P-A-C-E projects is a showcase of sorts, and one that aims to create an improved shopping experience for the brand’s savvy following along the way.

Taking cues from acetate, the material used for the majority of its coveted frames, and hence the brand name, Smit designed a light and highly versatile retail space subtly infused with a summery palette of hues. Walls and ceilings are dipped in a pristine white hue, and form the backdrop for floor-to-ceiling partitions made from a lightweight material that mimics acetate. Some are moveable through a clever rail system embedded in the ceiling, allowing to create flexible spaces that suit any type of in-store event. Needless to say, local flavour has been blended into the interior design – mind you, it’s boosted even – by way of a local slang-inspired, mirrored wall installation by Pieter Ceizer inside a small, roofed inner courtyard.

Additional slang expressions of the Amsterdam-based typographical designer adorn other settings on the premises in different forms. Two fully equipped optician rooms offer free eye tests, as well as same day service, allowing customers to get their prescription opticals within one day. As said, the revamped Ace & Tate store sets new standards, and this is reflected by so-called Lift & Learn touch screens that inform shoppers about the brand’s history and merchandise, and a newly introduced 24/7 return service for ordered frames that takes shape in the form of a streetside drop-off booth. 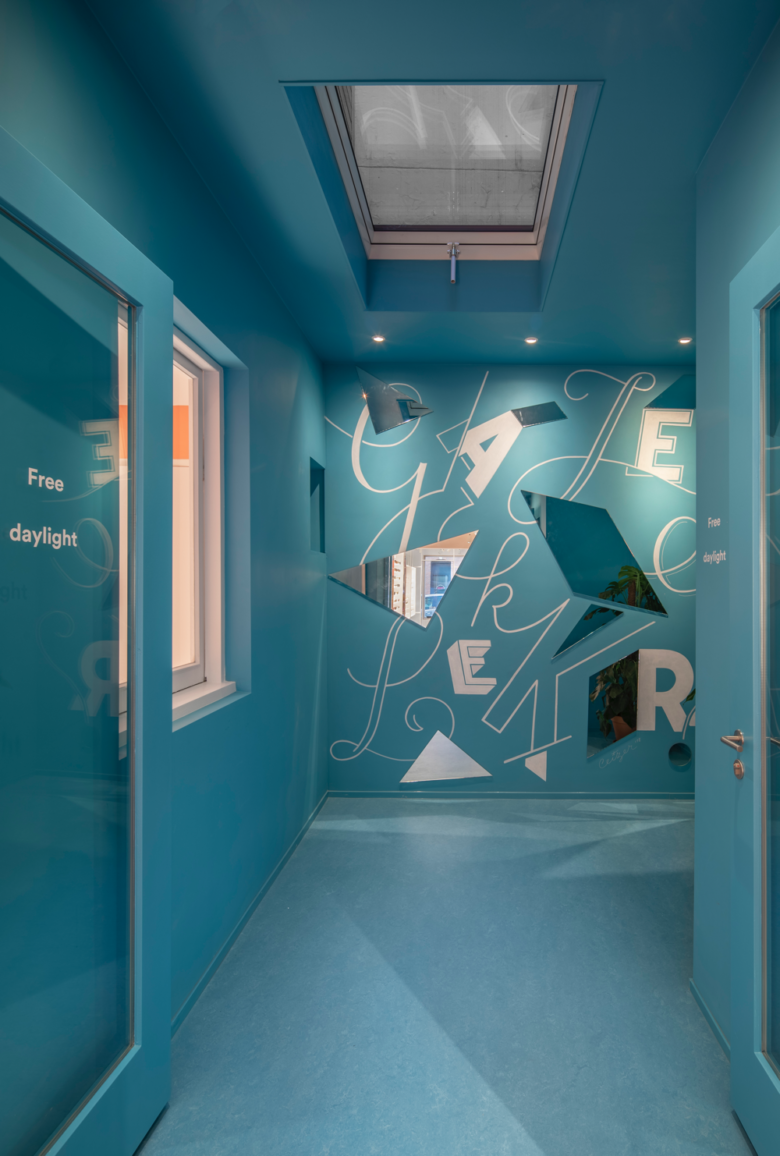 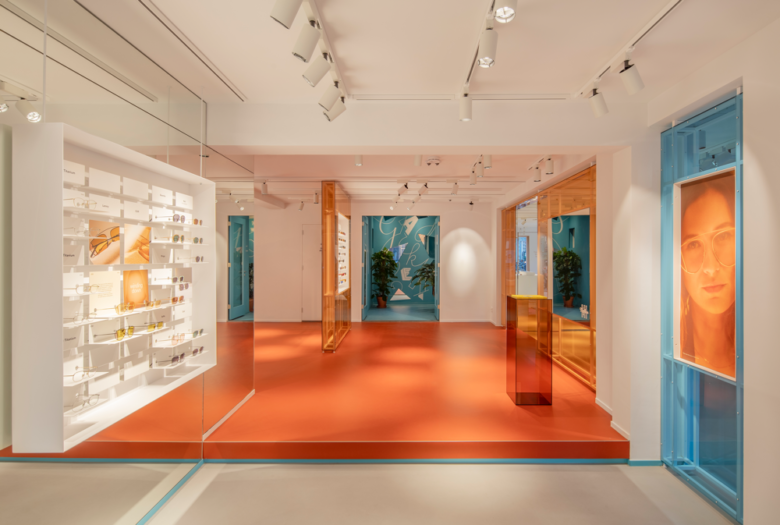 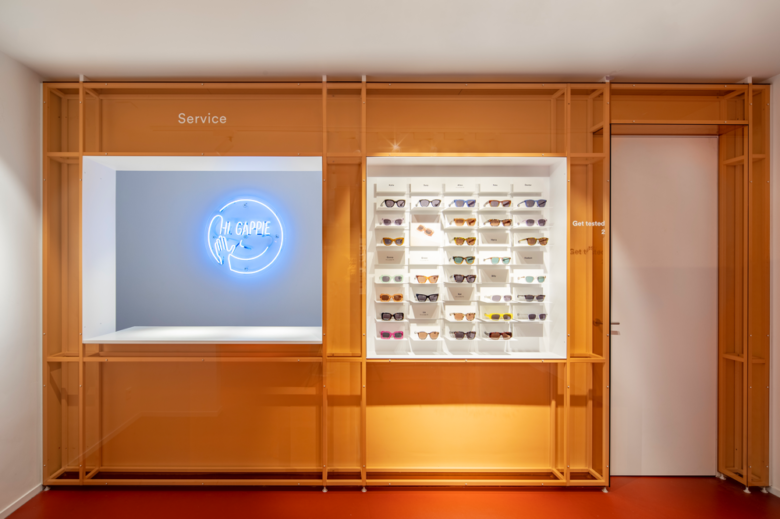 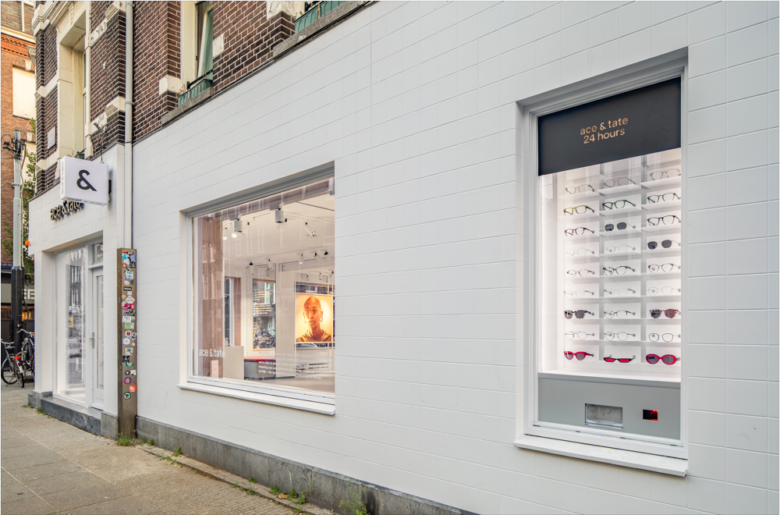 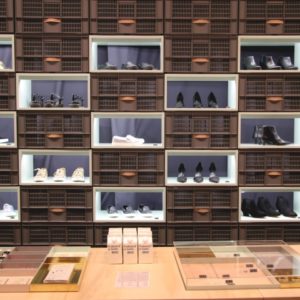 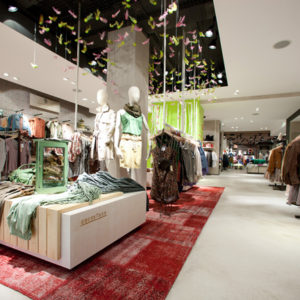 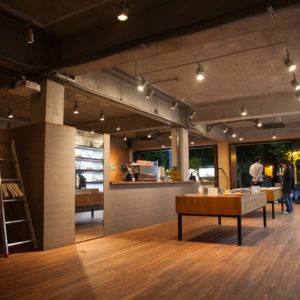 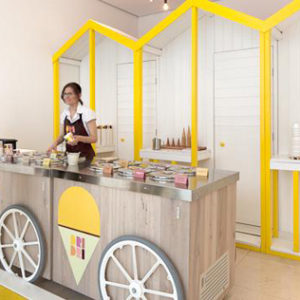