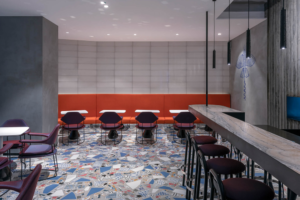 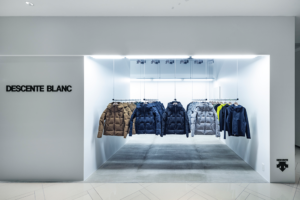 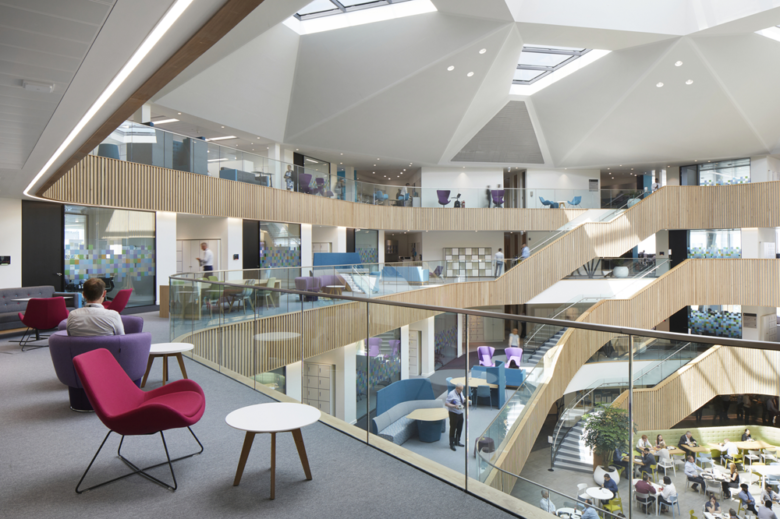 Sheppard Robson, with its interior design group ID:SR, has completed the 12,000m2, highly sustainable building for the FTSE support services and construction firm Interserve. The building has instigated a cultural shift for the company, consolidating four satellite offices into one collaborative atmosphere, which is centred on a dramatic, open, central space.

Whilst the interiors are warm and civic, the external of the building – sitting close to the high-speed railway network HS2 – has been designed as a brave architectural form. The uncompromising, stepped structure acts as a catalyst for the transformation of the area of the city and is a key element of the region’s regeneration strategy.

The structure of the BREEAM Excellent building, and the spaces it creates, are a direct response to the two over-arching ambitions for the project: environmental performance, with the sustainability agenda revolving around robust, carefully calibrated passive measures such as the self-shading form; and interactivity, with the building co-locating its regional team into one place for the first time.

The exterior of the building is defined by an undulating, anodised aluminium facade, creating an ‘object’ building that is a marker for the ambitious change planned for the area. The building is surrounded by heavy infrastructure and industrial sites, and has very few contextual or architectural cues. Therefore, the boldness of the form and materiality is a statement of change, which is anchored to its surroundings by a podium and landscaping.

The triangular-shaped building reduces the mass of the structure externally, whilst internally, the plan creates the feeling of a continuous loop that promotes a sense of openness and encourages interaction. The triangular atrium at the heart of the plan builds drama, with the central stairs as the primary route through the building, prioritising physical movement rather than the use of lifts. This composition results in an incredibly compact plan, bringing people closer together and sparking interaction. The interiors are organised as four levels, all similar in size, which step out around a central atrium. This form characterises the building’s external identity, with the overhangs naturally shading the structure all year round, whilst also shaping the visual and physical permeability of the interior spaces.

Each floorplan is arranged in the same way, to provide a range of work settings. On the outer perimeter is desking for more focused tasks, whilst more informal meeting spaces line the central space. This creates a series of stepped terraces that line the vast open space, animating the internal atrium, promoting visual connections throughout the building and adding a sense of theatre to the expansive central atrium. 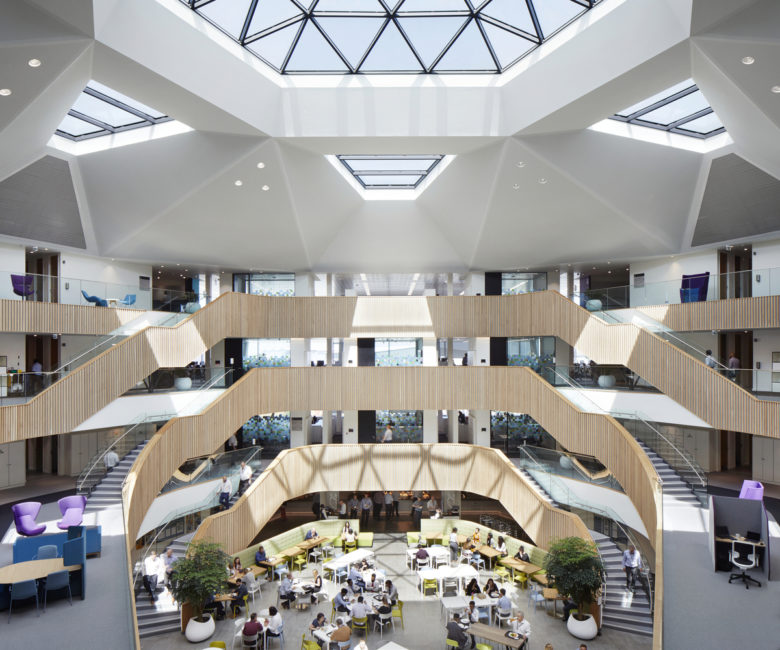 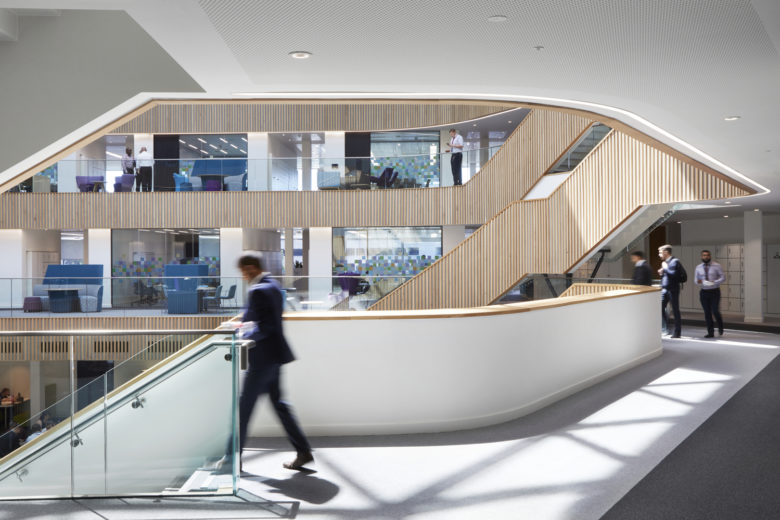 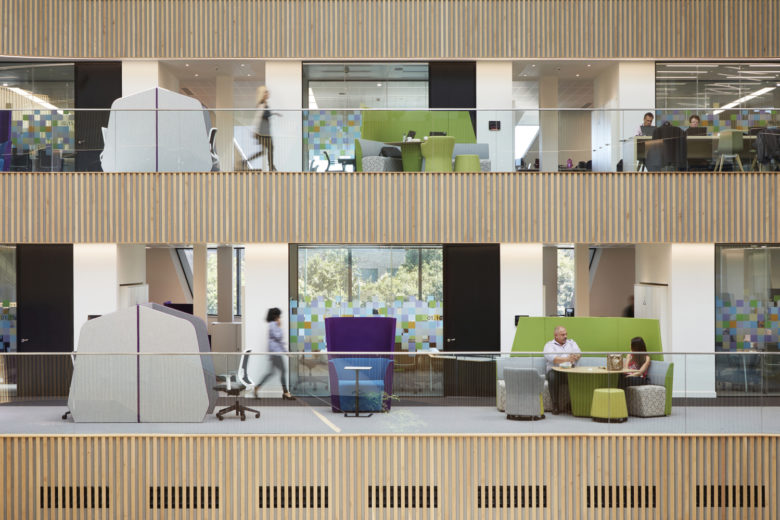 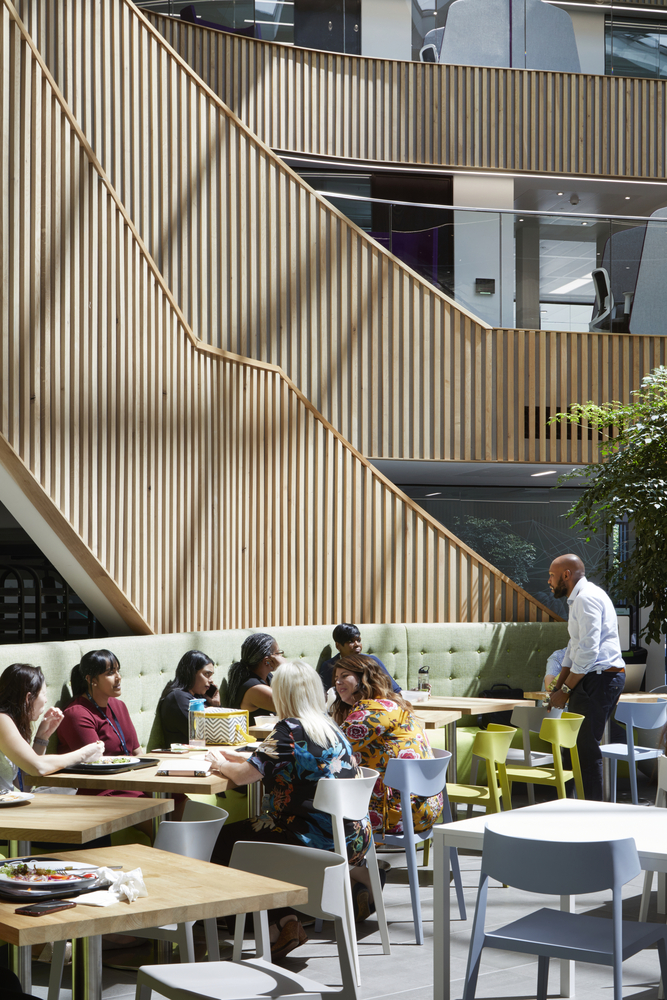 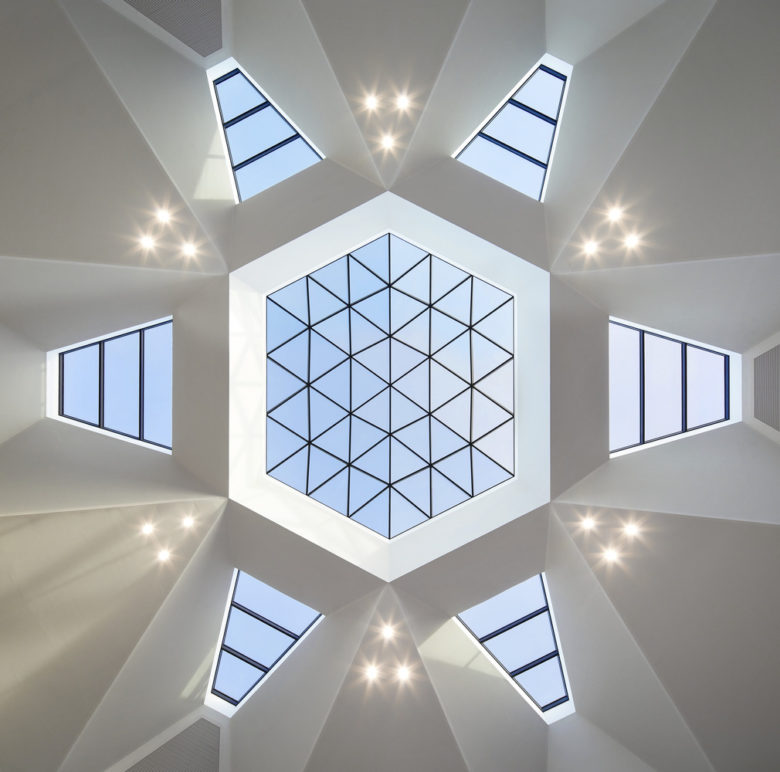 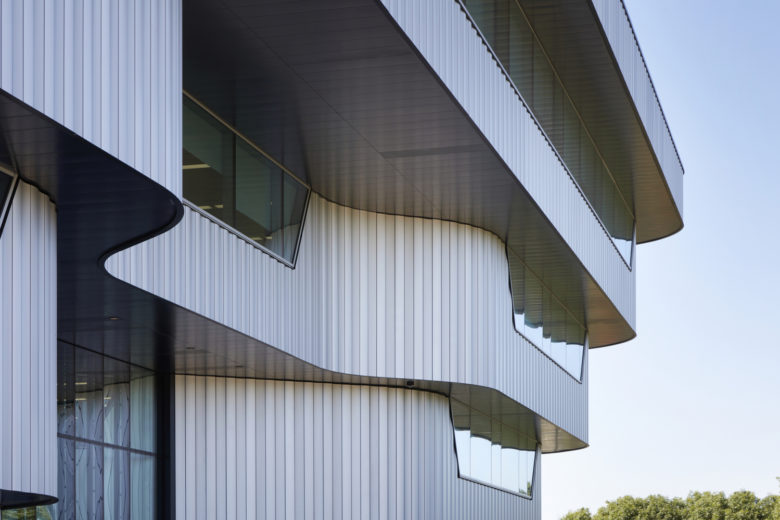 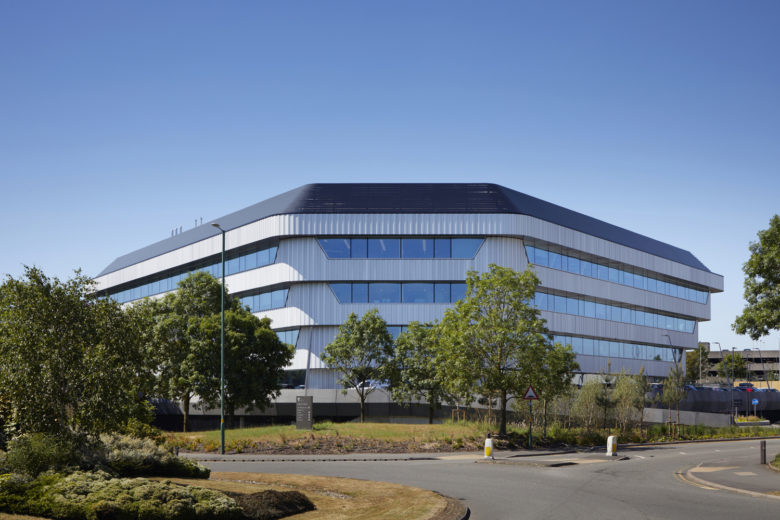 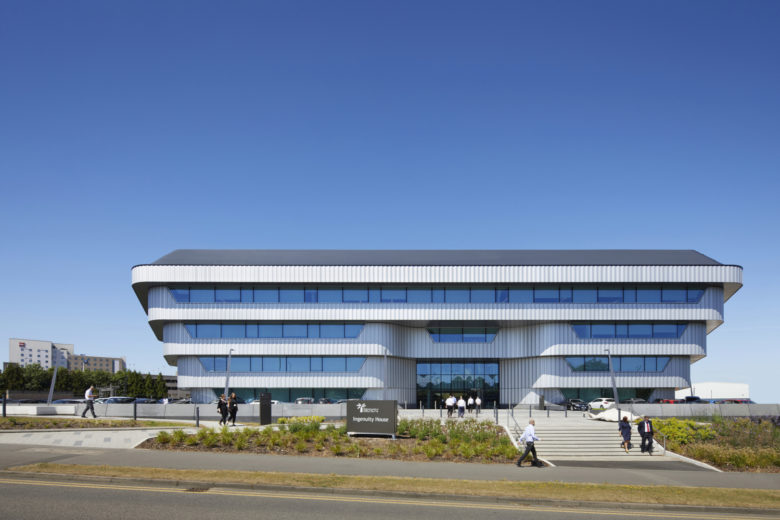 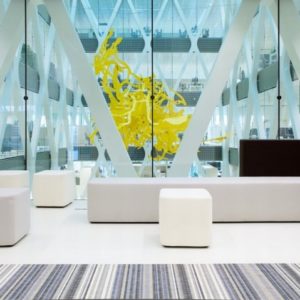 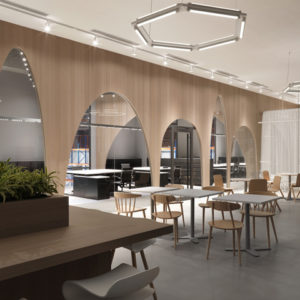 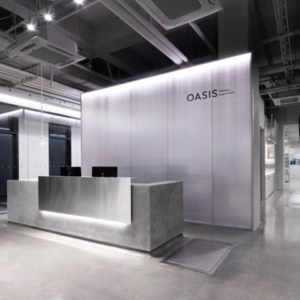 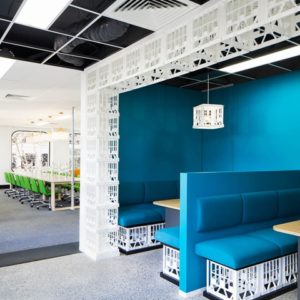