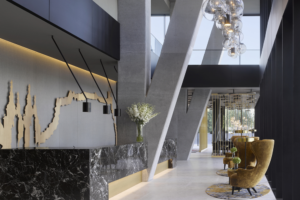 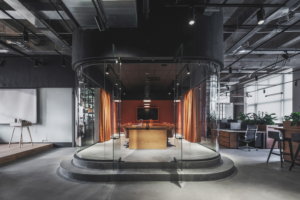 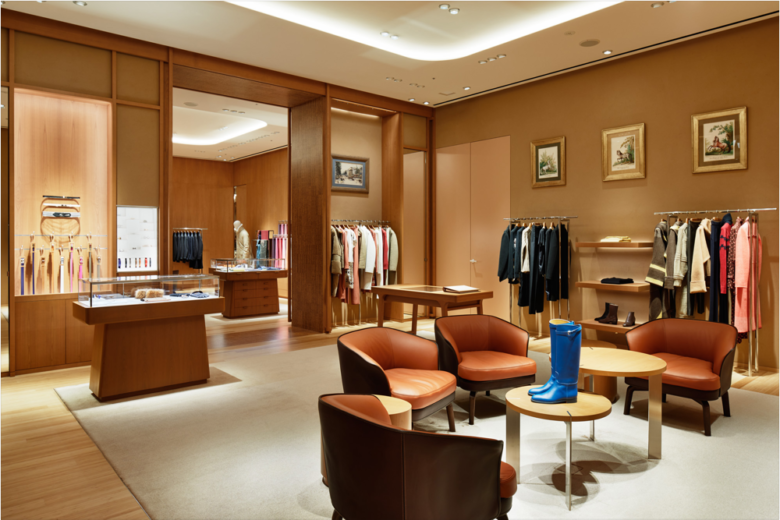 Traditionally one of its biggest markets, Hermès boutiques and shop-in-shops can be found in abundance all over the Land of the Rising Sun. The Hermès branch at Hilton Plaza, un upscale shopping mall right next to the eponymous five-star hotel in Osaka, has been around since 1986, and is one of the luxury brand’s biggest retail spaces in the Kansai region. The store has recently been given a full revamp with the help of Paris-based architecture practice and longtime collaborator RDAI, and which sees the space opened up with each product section in designated sections. In fact, four different section have been created, and each with a versatile configuration. Entering the store, shoppers will first encounter a display of silk scarves, accessories and fragrances, followed by the home collection, including furniture pieces and tableware. The back of the store is presents two sections – one dedicated to menswear and the other to items from the women’s collection. The settings feature an infusion of cherrywood, a signature material in Hermès stores, captured by a wide range of furnishings, panelling and fixtures. 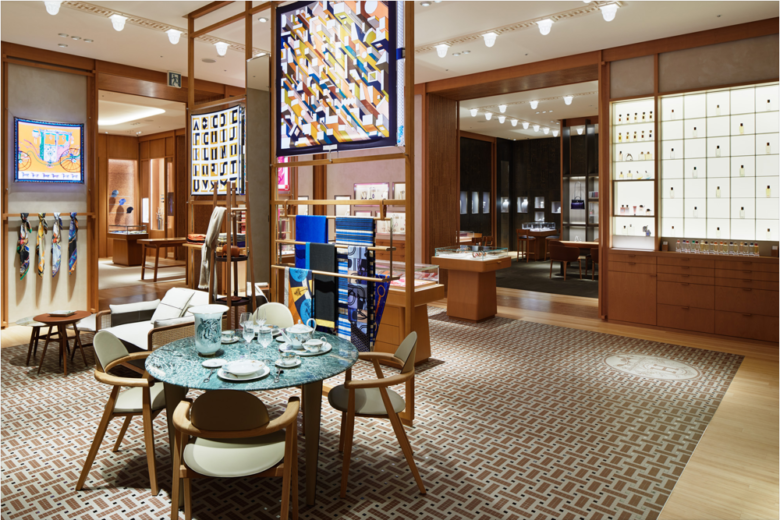 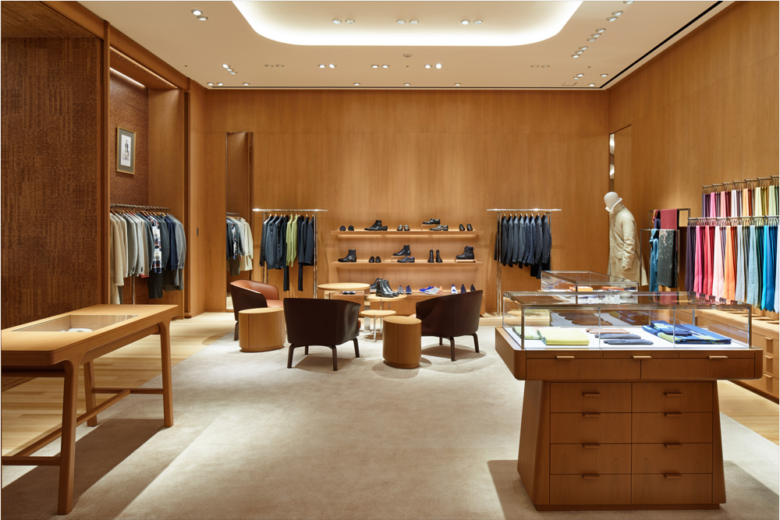 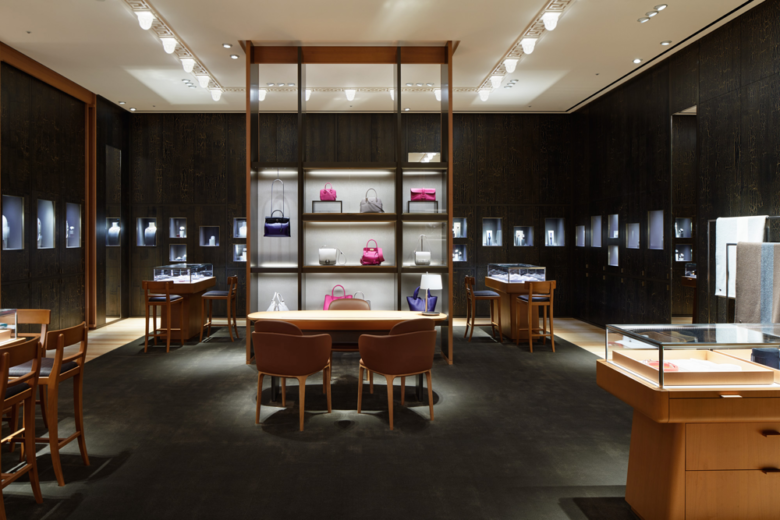 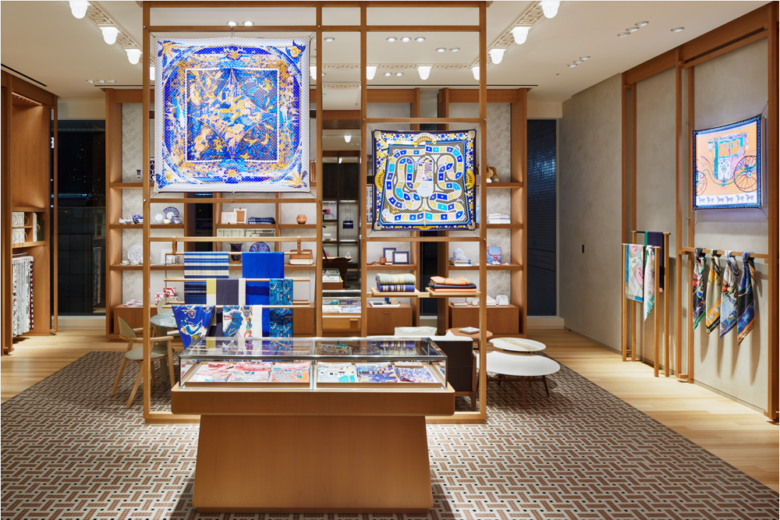 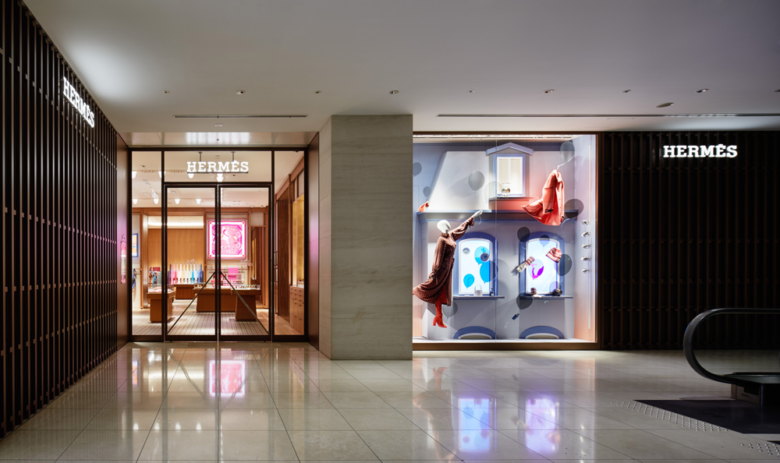 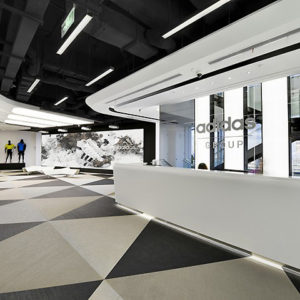 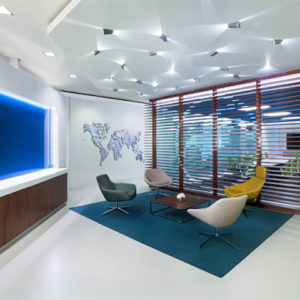 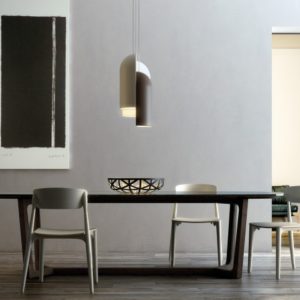 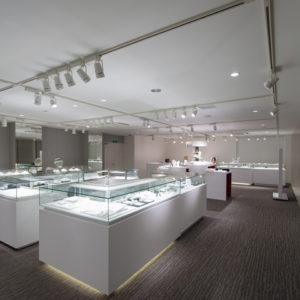