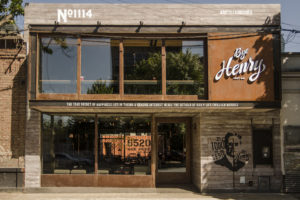 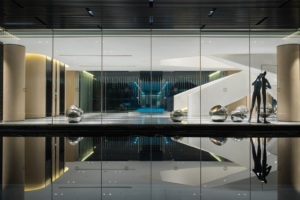 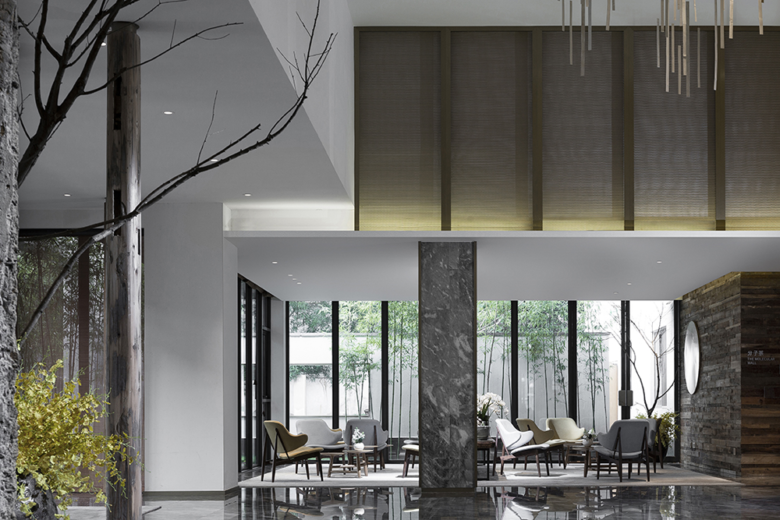 How do you rebrand a millenia-old industry? For a beverage, tea has played many roles in its history: love potion, status symbol, vehicle for resistance, biscuit washer-downer. But tea’s societal relationship race began with the promise of its medicinal qualities – interestingly enough, what still makes it so attractive today.

Much like every trend, it’s essential to keep in mind the people and places that first mobilised the tea industry. One of these communities is Mount Wuyi, an incredibly lush subtropical region in southeast China’s Fujian province that produces varieties like Lapsang Souchong and Da Hong Pao, the latter a superstar among the savvy for its preciousness. So it’s unsurprising that the world’s first ‘tea culture’ hotel should nestle itself into that very ancient ground – the Yue Wuyi Tea Life Aesthetics Hotel.

When the team from Beijing Wuxiang Space Architecture Design Studio first stepped on the property, they felt a deep connection to the land and rightfully so. Mount Wuyi, famed since the 11th century for being the epicentre of neo-Confucianism, has a vitality about it – fueled by the gorges of the Nine Bends River and the cultural, spiritual remnants of the temples and monasteries which once dotted the area. As of 2012, only 24,500 people inhabited the 14-village Mount Wuyi area. But today, they grapple with creating sustainable solutions for the development of the tea industry, which has created substantial impact on residents due to water and soil loss.

Is it possible that Yue Wuyi could play an active role in breathing new life into the industry? In China, the industry isn’t going anywhere. The country been the largest tea producer in the world for 13 years straight, with exports topping at €1.32 billion. Forging a new sector of hospitality altogether seems like a tangible way to help boost the promotion of big domestic brands, which experts say the Chinese tea industry lacks. Quickened production in all industries has historically worsened conditions for people living and working in central areas, but a revitalisation pivoted on product quality and ethics could incite the growing market to stray from unsustainable practices. China’s tea industry may not need to be picked up by its boot straps, but it certainly needs a face lift à la branding strategy.

As much as the hotel honours historical Chinese traditions and culture, it keeps unbreakable focus on the experiential demands in today’s hospitality market, especially for ‘quieter’ retreats, ones that provide a viewfinder into local artisanship. The hotel has 120 guest rooms and a courtyard. Landscape architecture covers nearly as much as the building itself, together covering 15,000 sq-m. Sleek interiors – linear and monotone – could not epitomise the idea of entering a space by which to achieve a ‘blank slate’ any better. Every corner refers back to local and natural elements which reflect on the seclusiveness of tea culture.

What does this mean, though, activating tea culture? According to the studio, it’s about poetic charm, the art of drinking, Dao talking, pleasant weather and beautiful prospects. They take mindfulness to the next level by seeking to awaken guests to the truth – efffectively tying themselves into the megalithic €3.7 trillion global wellness industry. The design of the hotel helps facilitate that guilt-free betterment: 100 ancient trees are retained for protection and low-impact development and recycled wood materials from abandoned houses are reused for low carbon construction. Indoors and out, there is an omnipresent attention to helping guests achieve contentedness.

Tea: check. Wellness: check. Rural tourism: check. It seems, in China, it is sometimes possible to kill three birds with one stone. 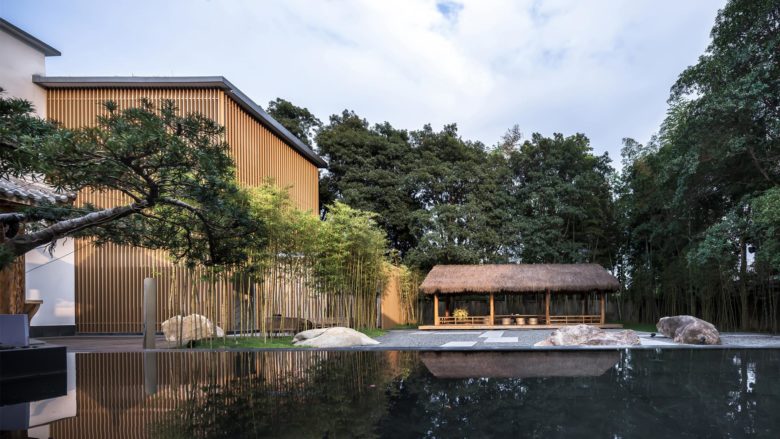 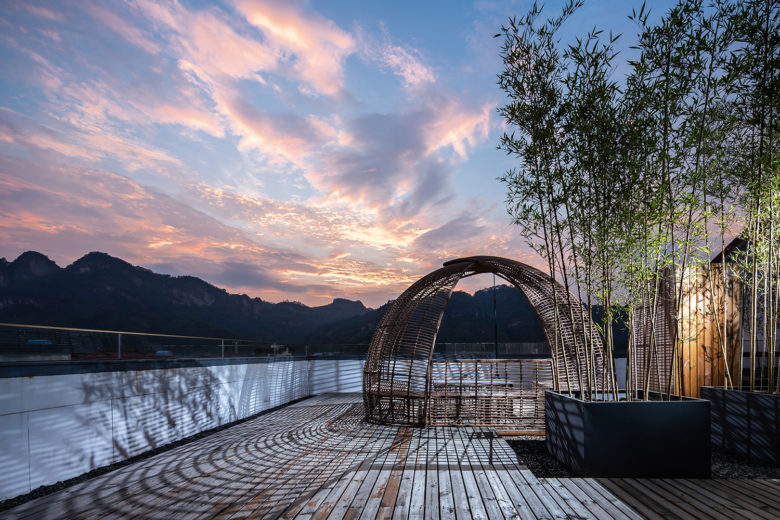 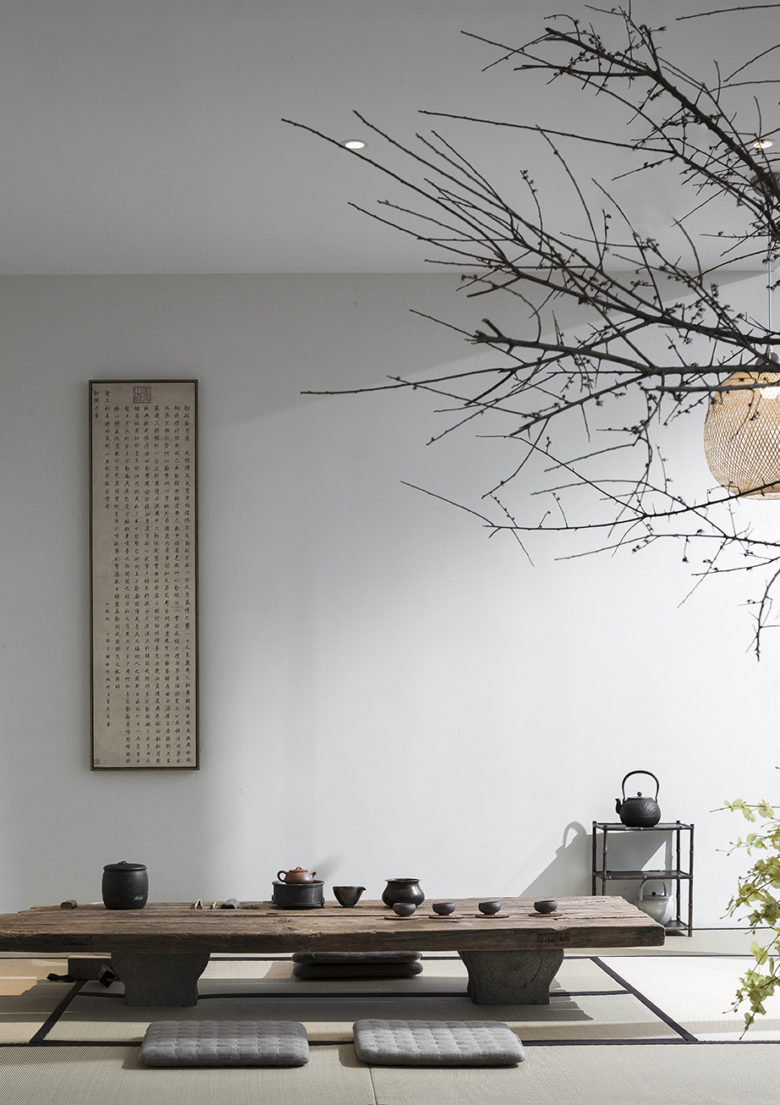 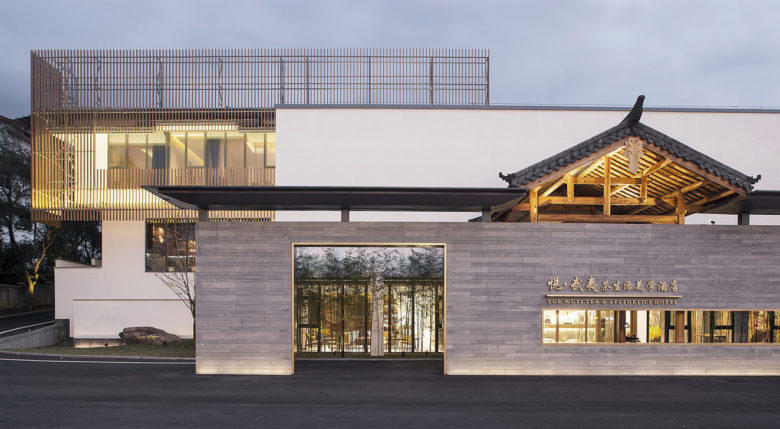 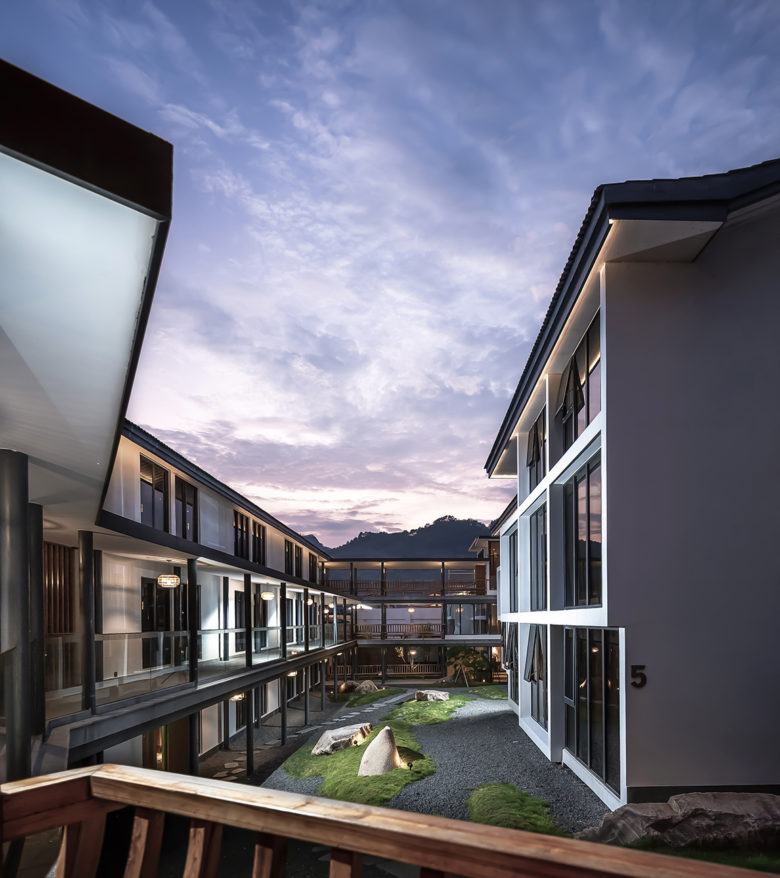 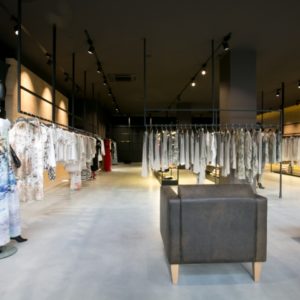 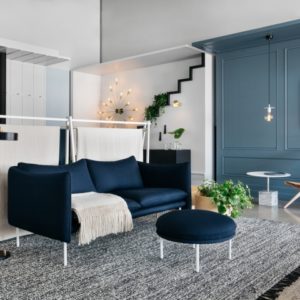 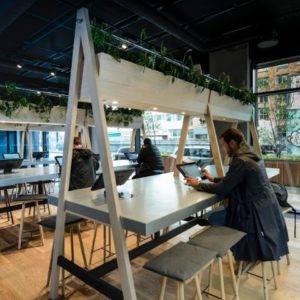 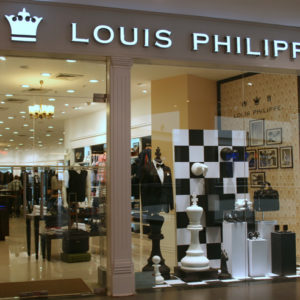